My doppelganger crawls out of the mirror to lie down next to me in bed. “Why are you afraid of me?” It asks.

I say “Because I am not kind to myself, and I worry that means I won’t be kind to you. Because I don’t know how to love something that’s wearing my face, and I’m scared I’ll cause you pain or treat you poorly. Because some day you might do something terrible to me, and I might deserve it.”

It stares at me through the hollow sockets of it’s eyes. I don’t turn my head. “Then why did you invite me? Why not shatter the mirror?”

My doppelganger drapes one heavy glass arm over my chest. It’s cold lips touch my cheek. “Can you?” It whispers.

Albedo: Are you decent?

Menma: Not morally, but I’m wearing pants if that’s what you’re asking.

Albedo: Did everyone understand what I just said?

Albedo: Did you guys actually listen to me at all?

Another chapter 6 page is here!

Synopsis: Coach takes Suzie to the coast to show her something special, and to let her get to know him better by telling her about his otherworldly antics.

My Magic Grandpa is a paranormal fantasy adventure that takes place in the 90s, go check it out!

Can’t post physical link or tumblr will hide these posts from searches. 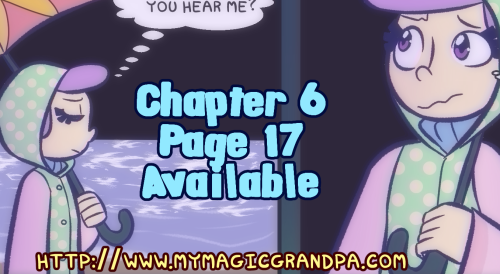 Gonna share an odd fact because fuck it. I have a doppelganger that lives in Vegas. I got confused for by strangers and by a few of my friends. I hear random things about him from others. I hope he’s doing okay with this pandemic going on.

Double the Pleasure By: weestarmeggie - M, one-shot - A potions accident creates a copy of Draco, what will Hermione do? For the Dramionelove round 3 fest on Livejournal the theme of which was ‘Alice in Wonderland’

Why would anyone say such a thing to a pale skinny white man like myself.

wow that finish @gravesounds artist on twitter has the ‘gravesounds’ handle on their caard their insta their twitch n a whole bunch of other stuff… I feel pretty weird about it. Kind of uncomfortable honestly.

#fuck it.#im switching urls.#I don't want to go through the hassle of sprucing my shit up but I might as well.#Souichi is very colorful and fun to have as an icon but 'fleshphagus' is a little bit more respectable and darker than fun gravesounds off#I will not kill the doppleganger.#They win.
2 notes
chonis
Text

Bucky Barnes being adorable in Strikeforce (2019) 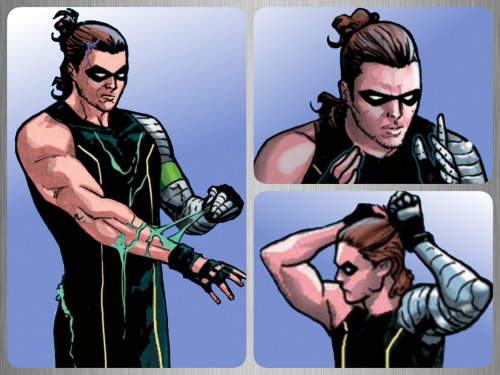 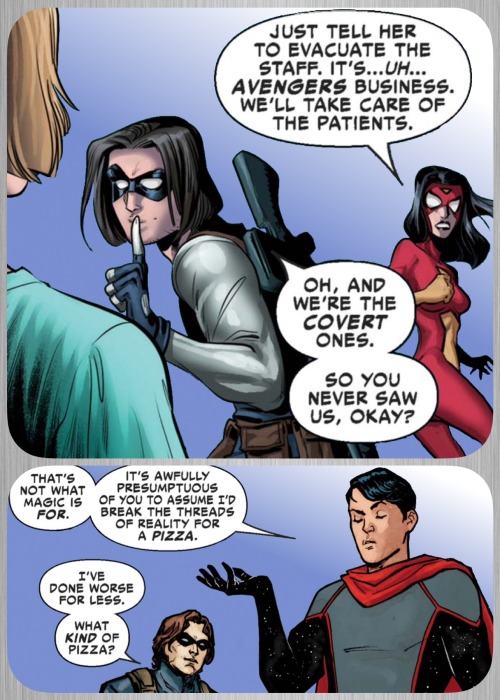 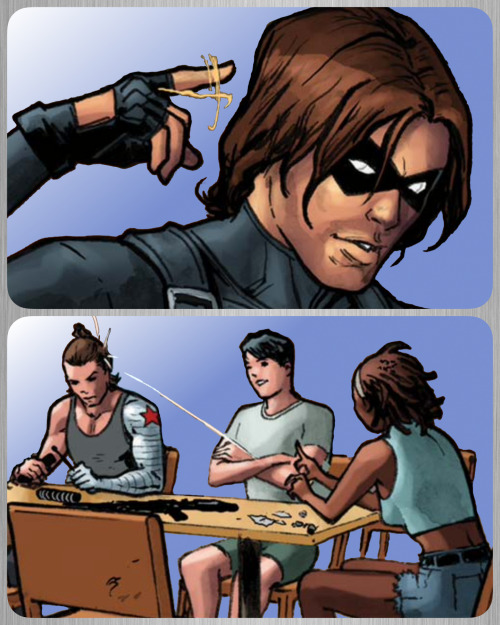 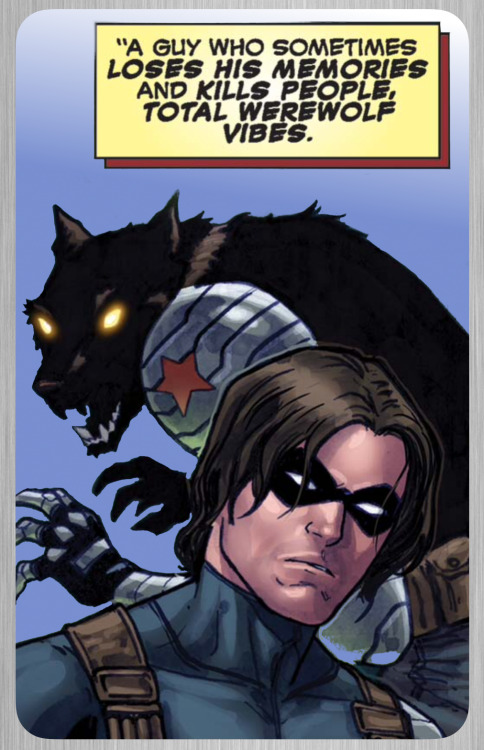 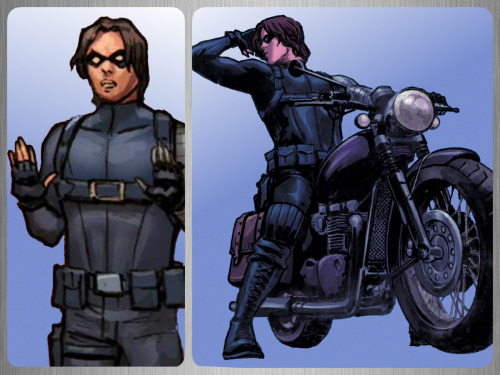 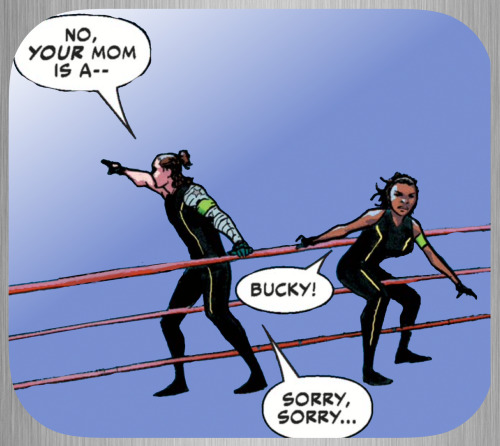 #marveledit#comicedit#buckybarnesedit#wintersoldieredit#bucky barnes#the winter soldier#marvel comics#strikeforce#Tini Howard#German Peralta#my edit#my edits#i dunno what's going on with that pic where bucky has a smooth metal arm and it's the wrong arm#i screen cap these while i'm reading late at night and then they just sit in drop box until l feel inspired#i don't remember it not being bucky#but then... this was an issue with dopplegangers soooo maybe it isn't?#it's cute though even if the artist did weirdo up his arm#long post
816 notes
elenagilbert01
Text

I mean, that’s just common sense. Both having sex with your doppleganger and killing them before they can kill you. 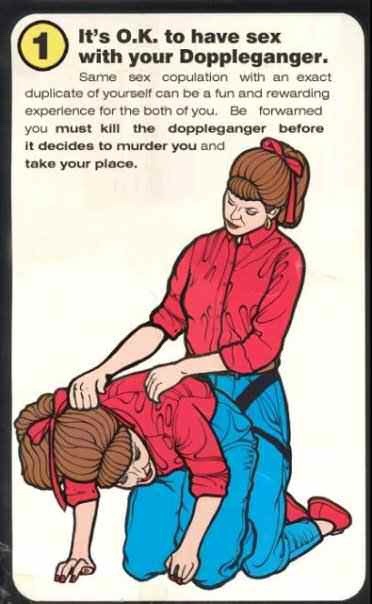 Just something short and sweet. Haven’t written a drabble in awhile so here ya go!

It was midnight when Vergil returned home, exhausted and filthy. At 12:05, he found it in his heart to give you a lengthy kiss to the forehead before trudging off to the shower. You were certain he went to bed around 12:20, as that’s when the shower turned off and he had yet to come back down. You planned to join him as soon as your show was over, as you were certain he would want some time to himself before you wandered up there and disturbed his sleep.

You looked up in surprise as the ghostly demon stared down at you. It was Vergil’s SDT, but only a light blue instead of the numerous scales with various, dark blue hues. Yet it moved just like he always did. Its’ tail swayed from side to side. Its horns were still on fire. Its teeth were just as sharp. It was almost a perfect replica and you had no idea what it was doing there.

Then, it bowed slightly and held its hand out to you.  You stared at it for a long time, uncertain what exactly it was asking. And when you did take its hand, the creature pulled you to your feet. “Where’s Vergil?” You asked. The creature’s head tilted, and you tried a different question. “Is he sleeping?”

The creature gave a bemused snort as it nodded. You were shocked at how real it was. You honestly expected your arms to go right through the thing. But as it pulled you closer, one hand at your waist and the other gently holding your hand, you realized that it was as real as you. Its tail snaked up a nearby table, tapping on the play button of your radio. A slow song started, and the creature began to sway. Mesmerized, you joined it - him? - rocking back and forth to the beat of the song. You swore you heard it humming, but it was so quiet that you couldn’t be certain. At one point, as the song reached its chorus, the creature spun you only to pull you back close and sway some more. And he was surprisingly cool considering Vergil was usually hotter than the damn sun like this. Even the flames on his horns didn’t seem to produce any heat.

But there were much more pressing questions at hand. Such as the most obvious one - was this Vergil dancing with you or someone else entirely?

Sigh from the hallway answered that question as Vergil, dressed in the pajamas you’d bought for him a few weeks prior, walked up to the both of you. “Why must you bother me so?” He said, looking up at the creature. It shrugged, not letting go of you. You looked between them, both confused and slightly amused at the staring contest between the two.

“In a way,” Vergil said. “But he does… nonsensical things.”

You snorted. “But don’t you control it?”

Finally, Vergil’s gaze turned toward you. The creature vanished, but Vergil was there to take its place. You gave him the cheesiest smile you could imagine. “If you wanted to dance you could’ve just asked.”

He glared at you, but it was soft as a new song started in the background. “It’s too late for that,” He said in a dismissive tone. Yet he swayed all the same, gently pulling you back and forth along with him.

You squeezed his hand. “It’s never too late for something like this.”

He hummed at that, but said nothing more.

#vergil#dmc#vergilxreader#doppleganger#just something short and sweet for the day#needed a few more words for NaNo#:)
35 notes
durinsbride
Text

I was weeding today (I’m a librarian, weeding is pulling old books and looking for newer editions where appropriate) and came across this book.

The guy on the cover looks very similar to my beloved Jared Padalecki, and I thought it was hilarious! Enough to add a small mole next to his nose in the name of artistic license. Take a look:

I think the resemblance is pretty close. I added the nose mole to make it stand out a bit more. Anyway, I think this is hilarious and I wanted to share it.

So what do you think, sirs? See any resemblance?