“It’s gotta be Schneep – hanging around in the hospital with all the sniffly, coughing kids and all,” Chase pointed out. “You’re definitely going to be the first.”

“Psh, that is why I wear facemask, if you are unawares!” the doctor scoffed. “Good doctors cure the sniffles, they don’t catch it. I think it will be Jackie. Who knows what the street criminals carry?”

“Well, Jameson’s the youngest, which, if we’re going to be all medical, means his immune system’s still developing! Plus he’s from the past, so all these modern diseases – ”

“Hh-kghh!” The gravelly, bark-like sneeze made them jump, blinking at Marvin as he trudged tiredly by, rubbing bloodshot eyes. “Nngh…sorry. Not feeling the greatest today.”

“I love you as you are, Liebling, and it’s more than he can ever do! He’s murdered, he’s maimed, and he tries to sneak into your head to manipulate! Don’t let him tell all these lies to you,” Henrik implored, squeezing Rilia’s hand pleadingly. “You hate liars, that I know about you from the start. Don’t let him lie to you!”

“He is a coward,” the other spat in disgust. “I would do anything for my love – yes, kill! Kill to protect those I care for! He’s too weak to do what needs must! He cannot even keep his own creator safe! I will lay down any life for you. Is that not what you want? To feel safe, to feel protected?”

“Stop, stop it, you’re freaking me out!” Tears stung her eyes as she cringed back, legs unsteady underneath her. “I love you, but I just want to go home!”

((Jameson and Marvin are relieved when their friend finally wakes up, but it’s clear Y/N still has a lot of recovering left to do, and not just physically.

When the wolf woke, Jameson felt the paw shift slightly beneath his hand, the brief tension before they relaxed again. He looked at the barely opened silver eyes and tried to snap his fingers to get the attention of the man seated in the other chair in the exam room before resorting to kicking him in the shin.

“Hhh-I’m awake,” Marvin muttered as he straightened up, his voice husky with sleep. “What is it, JJ?”

At Jameson’s gesture, the magician was quickly up and standing next to him beside the wolf that nearly covered the entire padded exam table.

I’ve already written a couple of surgery prompts, I guess you just didn’t find them. Here’s some angst, here’s a little gore ^^

The redraw is actually half the size of the original, but I remember being really proud of this art, so I wanted to redraw it with just the canon boys

TRIGGER WARNINGS: Alcoholism? Technically, Mentions of abuse- all verbal, manipulation, blood, and finally- I guess implied divorce talk? That’s all I can really think to tag the tw’s as so there y’all go, just want to be safe

Well, the first time, Marvin didn’t really tell him what he was doing ^^” It was an impromptu thing. He’d gone to the lab expecting Schneep to be asleep already but there he was up late neglecting his health – studying Marvin’s magic books because he thought he and his magic were so interesting and he wanted to get to know him better.

Now remember, this is back when Marvin didn’t like Schneep all that much, so naturally his enthusiasm made Marvin feel kinda guilty about how he’s been treating him lately. He figures he can do him a small favor, so he quietly put him under so he could get some sleep. Schneep didn’t even really get a chance to figure out what was happening ^^”

When Marvin explained, Schneep was kind of skeptical at first, but over time as his sleep problems started developing he and Marvin came to the agreement about hypnosis to help him.

He’d probably like them, as long as they weren’t pulled all the way up to his neck. Pressure on his neck makes him freak out, for obvious reasons.

Time for a mandatory “scoop up Schneep, deposit him in a blanket nest and exploit/spoil him with things that relax him” session!

[Marvin, Chase, and Jackieboy sitting on a bench]

Schneep: Why do you all look so sad?

Marvin: Sit down with us so we can tell you.

Marvin: The bench is freshly painted.

Day 10 - warm sleepy morning
Honestly, sometimes I’m a fan of my drawings. (If you got Schneep’s t-shirt reference, marry me) 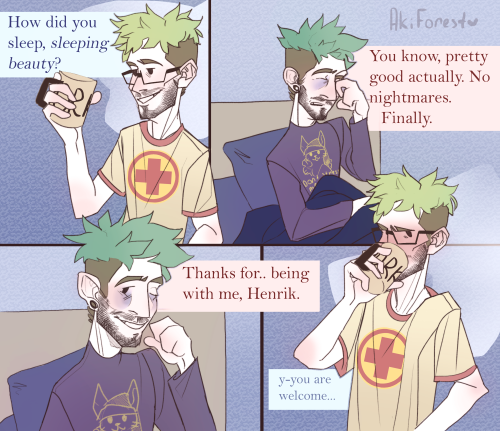 Words: 2, 770
TW: Torture and gore
Summary: Marvin has been missing for a week, and Jackie seems no closer to finding him. As Henrik grows more exhausted, Anti becomes stronger, to the point where he decides to teach Marvin to keep his mouth shut.
Tags: @spiccykels     @epicseptic

“Call for him one more time, I dare you!” Anti’s tone was wild with frustration as he loomed over the quivering magician at his feet. He watched his arms tremble as he slowly propped himself up on his elbows, his head hung low with pain. “I’ll show you what happens to broken records.”

For a moment, Marvin stayed quiet, and the only sound was the low buzz of the lightbulb above. His shoulders shuddered, and he breathed in. He lifted his head where he then glared at him through his hair.

Anti leaned closer and tilted his head at his expression, his judging eyes scanning every morsel of his soul with the same excitement as a child with a new toy. “Hmm?” He hummed expectantly. “Tongue-tied now, are we?”

Marvin immediately spat blood at him and watched it splatter onto his face. For a moment, Anti didn’t even recoil, only paused and slowly reached up to his cheek, wiping it away. He looked at the red staining his skin intently, as though it were new to him, and rubbed it between his fingers, his eyes pinning back to him. His body flinched once in a silent laugh before he bared his teeth in a way that was too ferocious to be a grin.

Henrik’s syringe had bounced away somewhere, leaking remains of green fluid. The same green bubbled before him, its glow sickening to look at as it joined his pool of vomit in the biohazard bin.

At least he wasn’t bringing up blood, he reminded himself hazily. His feeble attempt to laugh provoked another spasmic, exhausted gag. He shouldn’t be grateful for that. Blood would be something normal, natural. This fizzed in his throat, ate away at his tongue and carved cracks in his lips as it dripped from them in globs and strings.

Ends justify means. The infection would leave its mark and make him stronger—but first, as it crawled up his spine into his brainstem, a long, dreamless sleep on the cold floor sounded like heaven.

Whumptober Days 1, 2, 3, 4, and 6. Monochrome because I don’t want to actually color anything lol

Thank @allykatsart for making me watch Coraline because dang is it good! I honestly love Mr. B and the mice. I think they have to be my favorite characters! 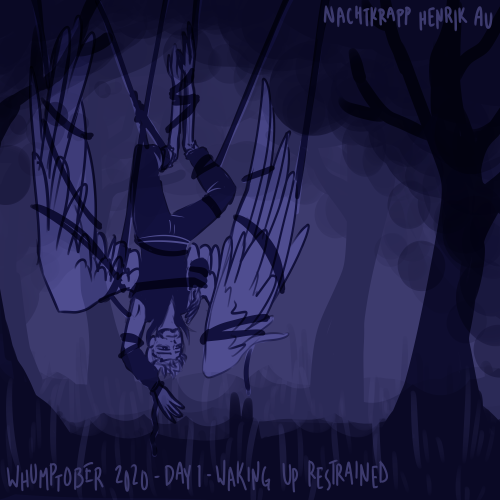 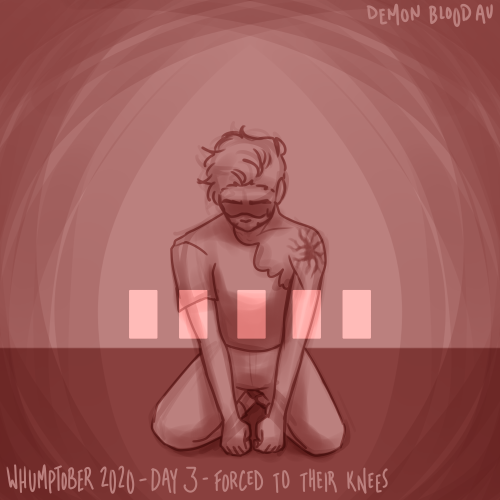 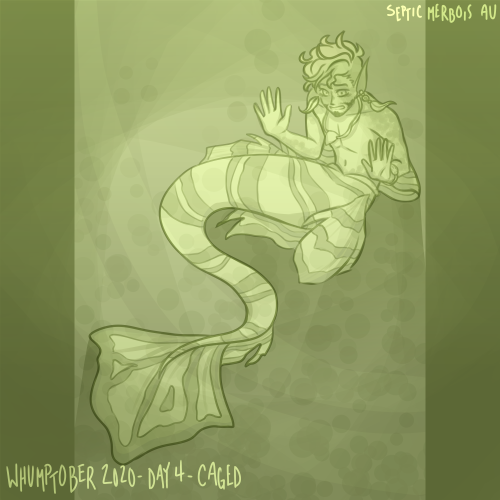 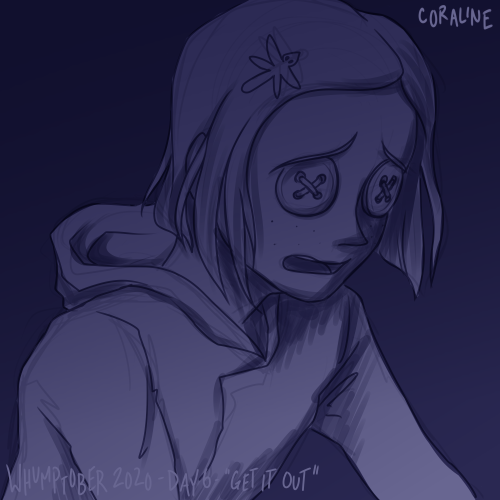