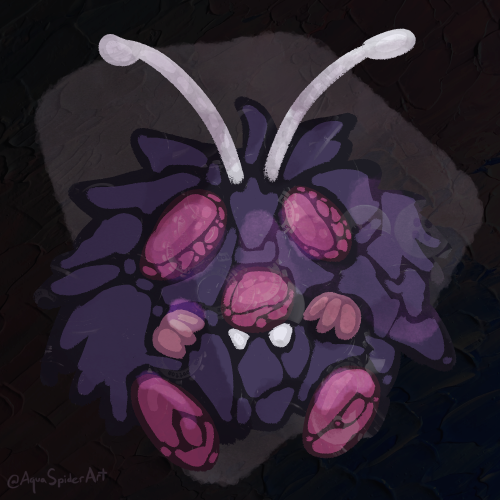 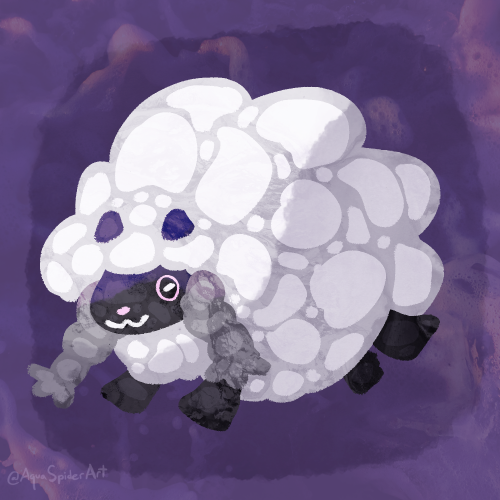 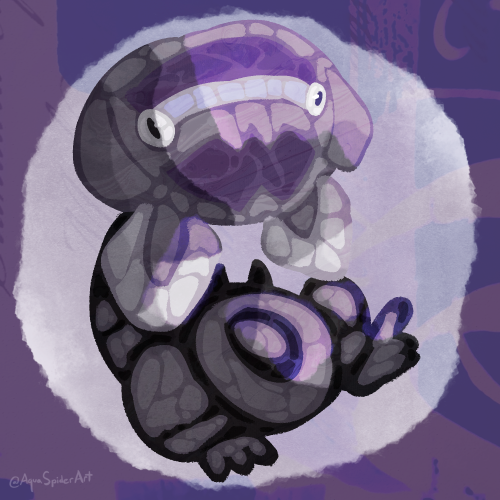 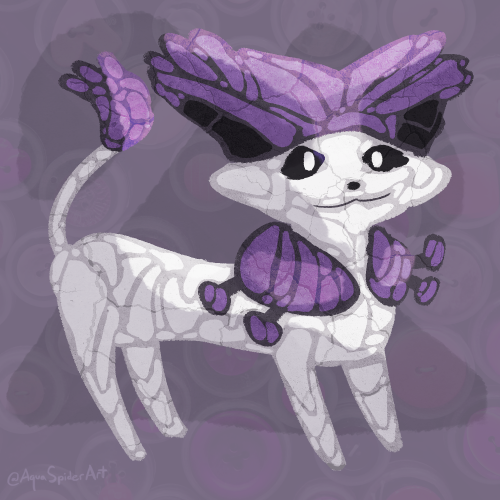 I made a Team Skull OC because I’m a disaster

This is Khapra, a nervous little face for some future Sun/Moon who just likes sweet foods and playing with Pokemon.  They’re doing their best. 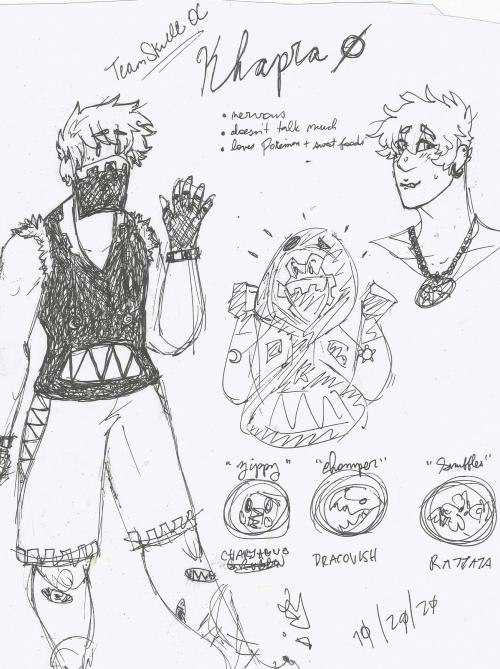 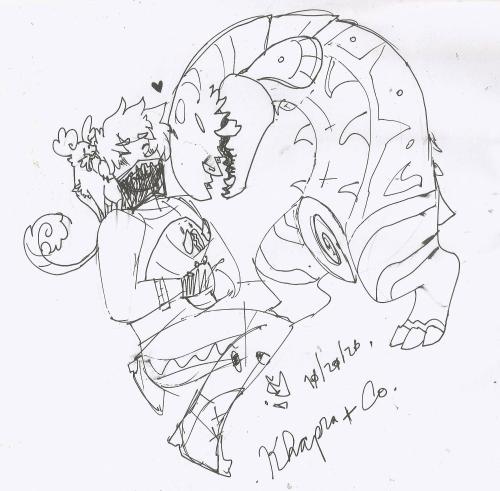 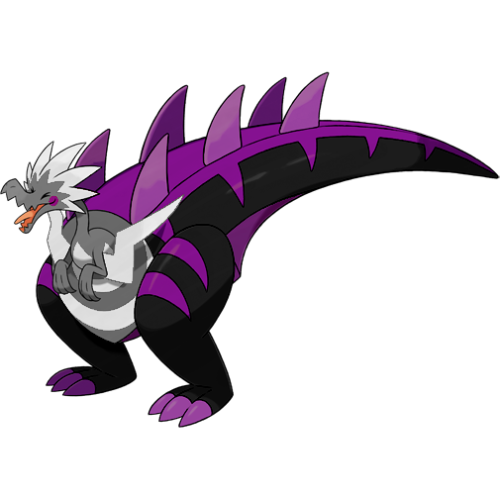 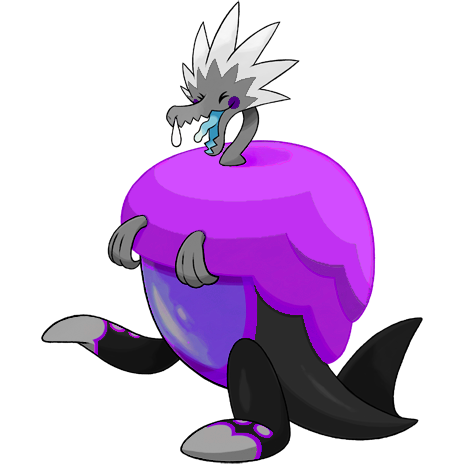 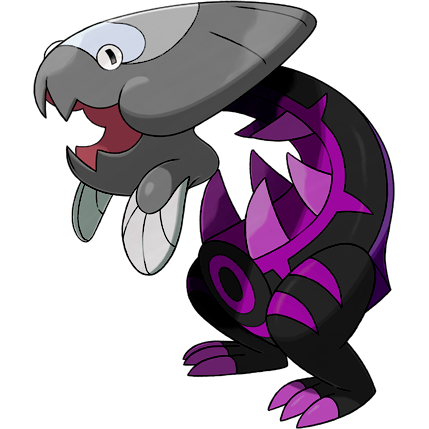 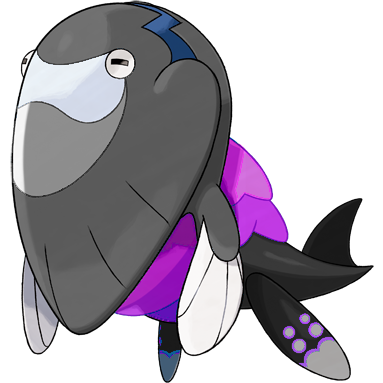 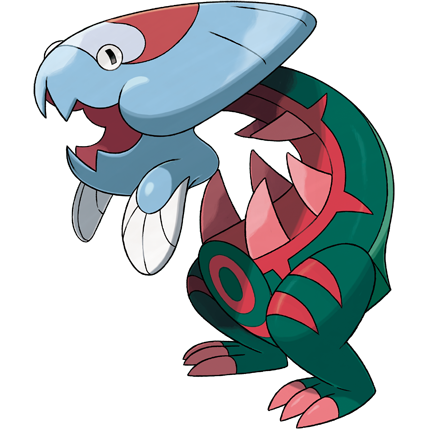 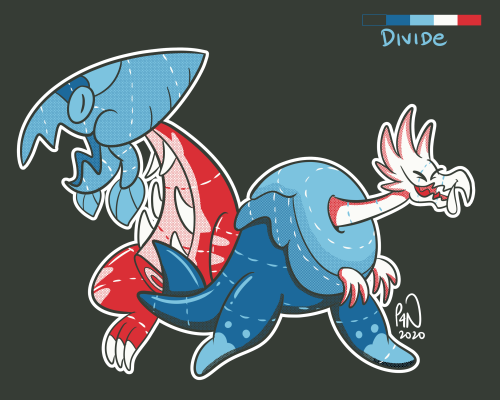 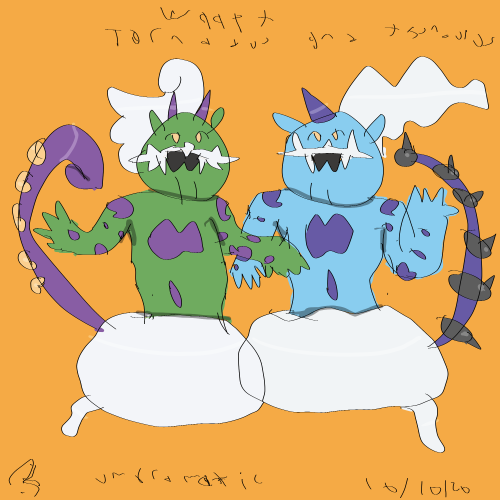 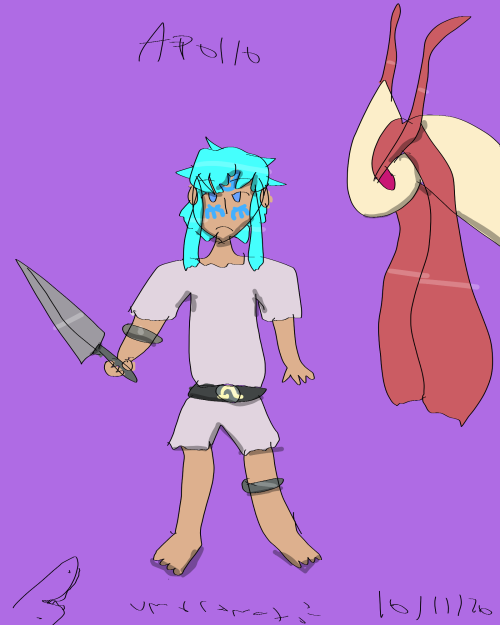 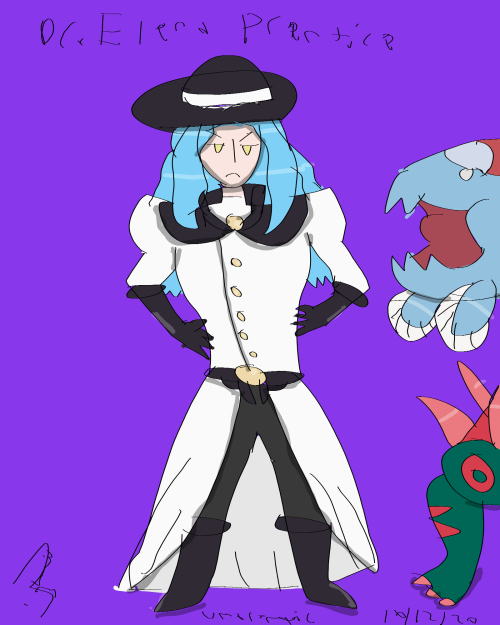 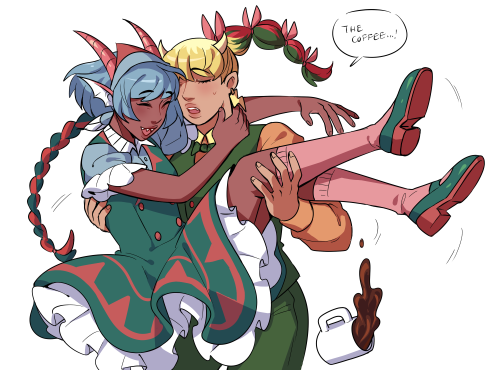 I’ve heard that Dracozolt and Dracovish have average heights of 1.8m and 2.3m respectively which, not gonna lie, kind of terrifies my little 1.6m self (I’m sure Zack and Vincent are absolutely lovely though!)

Also, don’t you just love it when a normally shy or timid Pokémon starts opening up to you? It’s just the most rewarding feeling and it makes me all warm and fuzzy inside!

Marnie would absolutely be a weird pokemon magnet. And of course, because dragon types can be so dangerous, Raihan panics. Raihan’s like, “what the freak what is that???”

Raihan’s lucky he’s a historian, because he’s able to figure out what it is. Still, the scare took 10 years off his life. He seriously thought Dracovish was Marnie’s imaginary friend in the real world and was about to freak out.

I’ve sadly never been to Galar and Alola has some pretty heave restrictions when it comes to people entering the Region with fused Fossil Pokémon, so I’m afraid I’ve never even seen any of them in person. HOWEVER, I will certainly try to help!

When it comes to burning off a Pokémon’s excess energy, battling is probably the most common method. Now, I’m not saying go out immediately and start a Pokémon League journey, but a casual battle with a friend could help tire Zack out!

If you can’t/don’t want to battle, then really any physical activity could work! Running, swimming, really anything that tires you out will probably tire Zack out eventually!

Ah the Galar fossil Pokemon, they are quite infamous because of the ethical practices involved in their revival. Due to their nature of having two different fossil Pokemon mashed together in a kind of hybrid they often get revived with some kind of physical issues. One half of them being smaller or larger than average is unfortunately very common. I won’t get into the debate on the controversies of the Galar fossil Pokemon here though.

Unfortunately, Dracovish is notoriously known for having neck and body issues, even those who have a good head to body ratio tend to get this problem as well. This may be a chronic issue for this particular Dracovish since the stain will be exaggerated due to one part of them being smaller than average. However I think they are in the right hands at your sanctuary!

While we don’t have a sanctuary type of place in the museum we often answer questions about fossil Pokemon and a few other types as well. If you ever need any help with any other fossil Pokemon or even with just this individual please feel free to send another message! I’ll be happy to help!

What enters the jaws of a Dracovish will never leave them. So be wary of what may be near the Pokémon 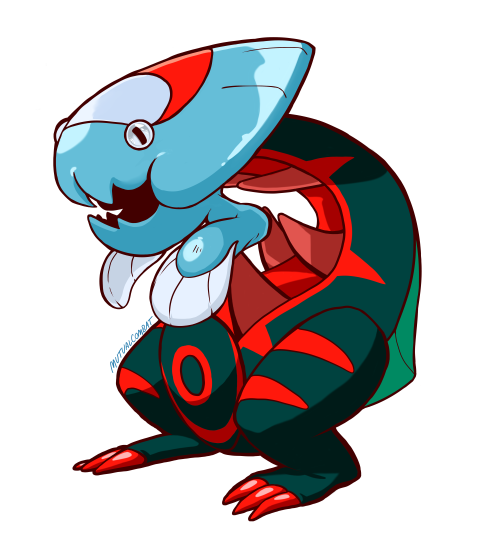 From what I have seen, yes it does! Also, congratulations on your discovery!

Advice? Be prepared for collectors and museums to want to buy the fossil from you to display. If that happens to be the route you want to go definitely get a lawyer so you aren’t getting scammed in any way. But otherwise make sure you invest in some form of security with it, I’m sure Lenora can help you with that.

No. Finding a fully preserved fossil is rare, but not unheard of.

It gives us great insight into the species that we can’t get otherwise. The Vish Fossil was not of a rock type Pokemon, meaning that its genetic DNA breaks down very quickly, hence why we are currently unable to fully revive it. Finding a full fossil could possibly provide more fragments of DNA, and give us possible information of size, diet, habitat, and even help us figure out what other Pokemon are related to it.

It would provide further genetic data that could be used in the completing of the full genome of the Pokemon, and hopefully lead to possible restoration in the future.

I think it was very cool of an associate of mine to have the chance to appear on the local news. He certainly seemed a bit nervous but I would be too if I discovered something as big as this. As for the Vish fossil, if we can restore it, perhaps we can finally learn about all four of the fossils and what they truly are. Maybe we’ll find the Draco or the Zolt fossils too soon.

The interview link you wanted!

Alright, everyone ( @pokemonfossillab @professor-vanad @professorlunadark @ranger-katie @redwood-pokemon-lab @askpkmnscientistwolfsbane ) here’s the video! I’m also posting the transcript in case it doesn’t load. I wasn’t as awkward as I thought I’d be on camera. 🙌

[the jingle for Channel CA5T’s 6pm news show plays, a blaring trumpet riff that sounds more appropriate for Hoenn than Unova, if not for its patriotic qualities that could spur a flock of Braviary to fly over its native region for FREEDOM.]

Reporter Karen Macaulay: And we’re back from our commercial break after the startling news that a Galarian fossil, of all things, was discovered right here in Unova, in Pinwheel Forest, by a 30-year-old archaeologist working at the museum in Nacrene City. [A series of appropriate images in a small box laid over the footage of Karen in the news station accompanies her announcement.] In the studio tonight we have our own Jennifer Sequoia interviewing the discoverer of the unusual fossil.

[The camera cuts to a different scene. Another Reporter, said Jennifer Sequoia, sits up straight in a soft red armchair, next to which is a small birch coffee table with two glasses of water on it. She’s looking at the pale, rather fidgety man in the identical armchair opposite her, whose leather shoe-clad feet are crossed at the ankles. He’s wearing dark blue jeans and a lavender dress shirt that fit his skinny yet muscular frame just right. The Reporter turns to the camera and, with a practiced, professional smile, begins to speak.]

Reporter Jennifer Sequoia: Thanks, Karen. I’m here with David Turner, the archaeologist who found the fossil. [She faces him] Tell me, David, how did you come across it?

David: Oh, it was an ordinary day, really. [His accent is obviously not Unovan - he speaks with a broad lilt typical of people from the frozen northeast of Galar. One could imagine it being spoken in a place where Wooloo roam free across rolling green hills, the landscape dotted with farms and tractors and country lanes - perhaps the southwest of Galar, or what it would be, in another world.] I was going on a walk on my birthday whilst my Pokemon were preparing dinner-

David: Yeah, at least my Porygon was. He’s a real smart boy. He even baked a cake for me. I had to help him sift the flour, put the cake in the oven, and take it out, but still. Anyway, I was out on a walk in Pinwheel Forest, jumping off logs and ledges - but avoiding the tall grass, of course - when I tripped over a large rock. Fell flat on my face [he gestures with his hand] - splat. I got up, and as I was stood there, spitting out chunks of dirt and wiping grass off my clothes, I noticed the rock had an odd pattern on it. I picked it up - had to use both of my hands, t’was gurt large - only to see a very familiar ancient fish head staring back at me. And it had these bones sticking out of it, encased in the rest of the rock, only these weren’t the ones we know from those “fossils” [he makes imaginary quotation marks with his fingers] that the whole scientific community of Galar is making a fuss about back home, but proper fish bones.

Jennifer: And that was the “vish” part of Arctovish and Dracovish.

David: Yeah. Pardon the cliche, but I felt shivers go down my spine at that moment. My speciality is in the archaeology of human civilizations, yet I still recognized it was a “vish” fossil, but complete! I cleaned it up and showed it to my boss, Lenora, the director of the museum, as well as my colleagues who work in the fossil department, to make sure I wasn’t hallucinating, but they didn’t know anything about it, since their expertise lies with the well-known fossils. And the controversy over Dr. Cara Liss’s mashed-up fossils is also not something the museum wishes to be seen as supporting.

Jennifer: How interesting. Do you have any idea how it got there?

David: No. [He shakes his head] But it must’ve been there a while, since I had to dig into the dirt quite a bit with my hands to remove it.

Jennifer: [amazed] What an astounding find. We’re almost out of time, but one last question. What plans, if any, do you have for the “vish” fossil?

David: I don’t know, keep it on a shelf at home? [laughs] No, no, in all seriousness, I’d probably donate it to my work, or revive it and let other people study it. Then I could ask my Porygon to talk to it and ask what it needs, and, uh, what it might think of those other fossils. If I revive it, I hope it turns out to be healthy. I posted a drawing on my blog of what I think it’ll look like, and it’s more of a plain fish Pokemon - almost as plain-looking as some of the ones we have in Galar and other regions like Kanto. Not sure what to do yet, though. At any rate, it’s a breakthrough for the scientific community worldwide.

Jennifer: Right, we’re out of time, but thank you very much for the opportunity to chat about the fossil, Mr. Turner.

Reporter Karen: Aww, thanks so much for the interview, Jennifer. I’m looking forward to seeing what happens to that fossil. Now, it’s time for this week’s weather forecast…