Tumgir
AboutPrivacy Policy
AboutPrivacy Policy
Visit Blog
Explore Tumblr blogs with no restrictions, modern design and the best experience.
Fun Fact
Pressing J while looking at a Tumblr blog or home feed will scroll up on the page, pressing K will scroll down. This is helpful considering a lot of the Tumblrs feature infinite scrolling.
Trending Blogs
#dragon ball
namek-ismyprovince
Photo 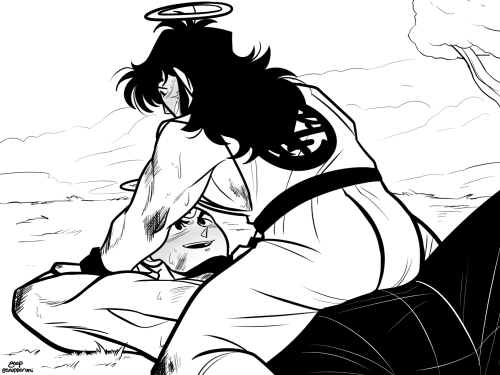 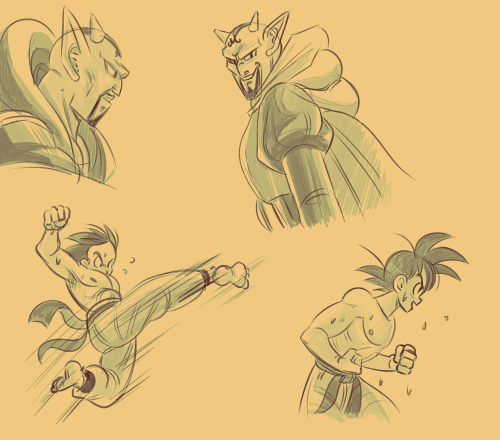 Say what you want about DBKai but the music slaps

I don’t think so about Bulma and Yamcha. I’ve written about it before but I think Bulma’s feelings towards Yamcha started changing even before they came back from Namek. She had a sort of idea of how her life was going to be, when she was a teenager, and Yamcha was the guy that fit in that idea the easiest at the time. But they are too different as people, they have different mindsets, you can have relationships as a teenager with other people your age and then grow to become entirely different people that you have little to nothing in common with later on. I think that more than a huge break up, they drifted apart emotionally.

Added to that, I think that, even if a huge % of the vegebul fandom likes to focus on the steamy bits, the way in which Vegeta and Bulma match each other intellectually was a big part in what made them gravitate towards each other imo. It’s canon that Vegeta was who initiated their relationship and also that he thinks Saiyans are attracted to specific types of people, so I think that there was more to them than just phisical proximity and by the time Bulma had Trunks, there was no way she was going back to Yamcha, even if Vegeta left for good at some point.

I think Gohan did as a student as well as it’s humanly possible, he got a degree and all (a doctorate? I think he has a doctorate). I don’t think his fighting interfered with his training, more like the other way around.

Videl is probably the character I think DB did the dirtiest, even more than Chi Chi. With both of them they put them in the “wife” position and took them away from the battlefield once they were mothers, but at least Chi Chi kept her spunk and personality (albeit with the sexist mindset that Toriyama added to her). Videl is like an entirely different person before and after marrying. She transformed from a bit of a tsundere and certainly tomboy-ish badass crime-fighting gal into some sort of yamato nadeshiko archetype that makes me truly uncomfortable. I think that, had Gohan not showcased his fighting in the Buu saga, she still would have tagged along for training because he knew how to fly and she wanted to learn that (and even an untrained Gohan can be more helpful to train with than Videl’s father), but I do feel like, writing-wise, her status as a wife had a huge impact on her depiction on DB.

I’m answering this one first because I am here to put in writing that Krillin does not need to woo anyone in any way, shape or form, he’s the most decent person in Dragon Ball canon, I’m aroace and I’d still marry him if he asked because I’d know he’d respect my boundaries and the extent of my feelings, because he’s the Best Person. Every time I read a comment that goes like “how did he even score 18?″ I feel like Betty Boop in Who Framed Roger Rabbit when Eddie Valiant asks her if Jessica is Roger’s wife and Betty goes “yeah, she’s a lucky gal”.

The answer to this question is just being himself. Krillin is a good person, empathic, respectful, brave and loyal. He doesn’t have to do anything to get 18 to want to be better to stay with him. He was out there using a wish for 18′s and 17′s safety, without expecting her to know, just out of the kindness of his heart, iconic.

I think that 17 and 18 are interesting villains because their villany stems from not knowing anything different and having enough power to do as they please. The moment they can find that there’s something else out there for them, it’s not hard to let it go for a chance. 16 kind of had that too, with nature. 18 probably got a faster speed run towards heroism because Krillin, as he is, is enough incentive.

Question for you guys, what are your Favourite Tien moments?

And this is the result of have those icons on discord. @lilfriezatyrant . @susiceri. Your fault for inspired me for this 💙💜💙.-

The first one just want to hug Frieza, but the other one wants something else✨~.- 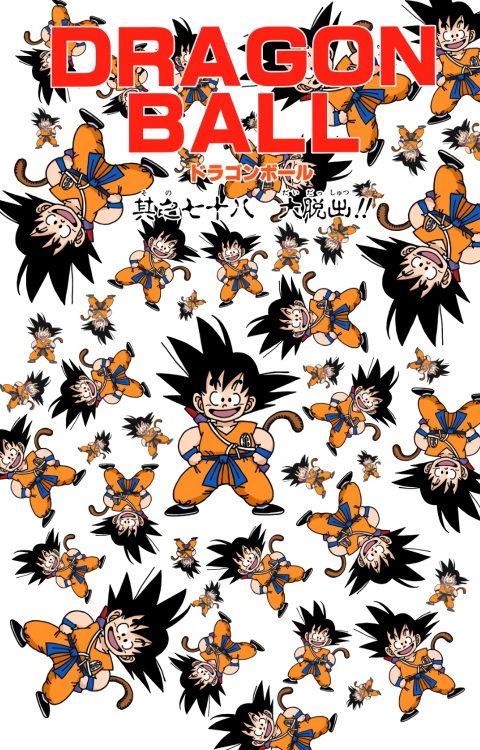 wish my dad would throw me around a backyard… 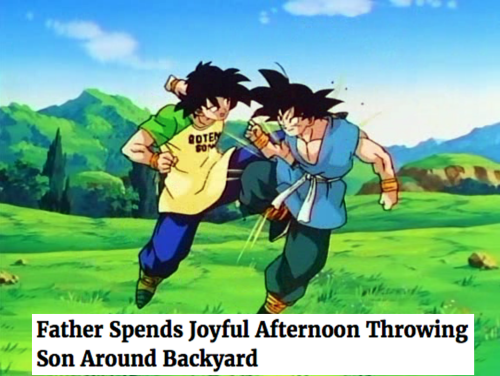 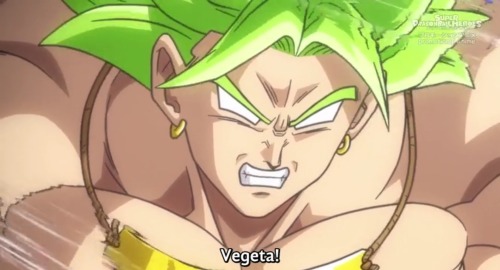 Time to take the new watermark out for a spin

🧡Being Goku’s Little Sister Would Include…🧡

(This is based off my version of my own insert. Mainly cause I find it most fitting and really cute.Also I did the math with the age for my insert character so it lines up from the original to super.)

(There’s definitely going to be more parts to this regarding sagas and arcs. Goku is my highest kin and is a really big brother figure to me.)

self love moment: latine who love anime are so fucking sexy. we have nothing to be ashamed of

#we all just have such a good taste it's time we embrace it#one piece#naruto#bleach#dr. stone#dragon ball#is this enough tags?#if i put all animes i like i'll be here untill tomorrow lmao
4 notes
nelizza-and-stuff
Text

Today I offer you this drawing of the Pilaf Gang. Tomorrow? Who knows… 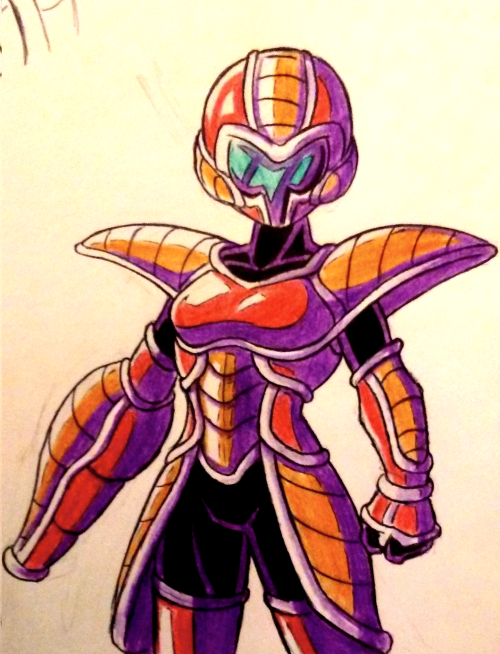 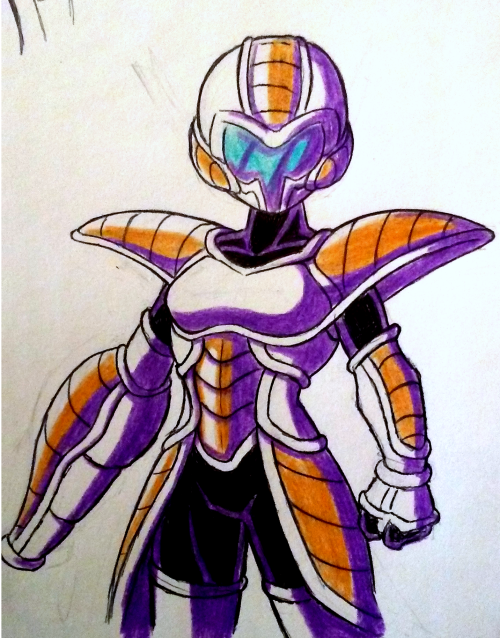 Doodle of Goku I did during online classes!