Ebichi dex entry
They are very small, and very weak Pokemon. Even in large numbers they hardly pose a threat, though in a group they feel slightly more confident. They’re at the bottom of the food chain, and live most of their lives in the ocean until they finally evolve.

Wyramaki dex entry
After so long of being pursued, they evolve and become formidable opponents, more than capable of defending themselves and others. Though they would make a tasty treat to many Pokemon, they are rather difficult to successfully take down. Wyramaki make brilliant companions, as they have a rather gentle and tame nature compared to most Dragon-types. 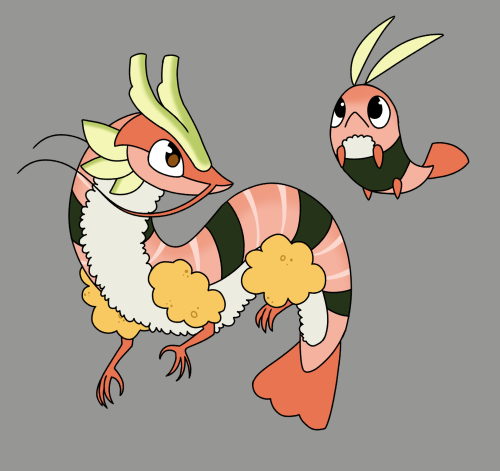 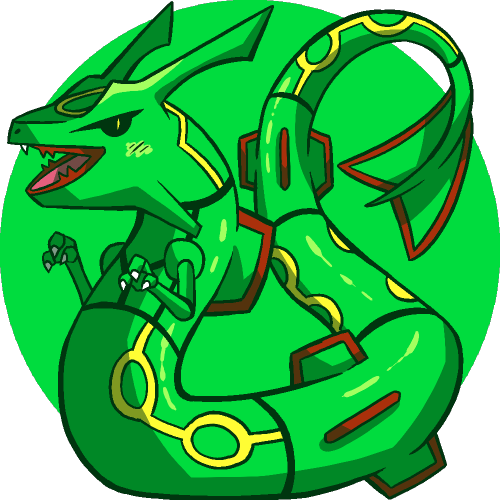 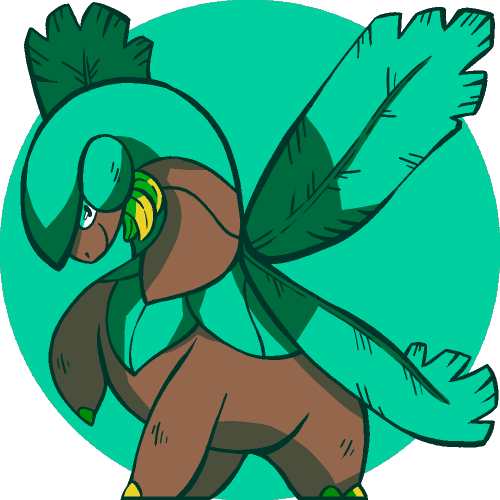 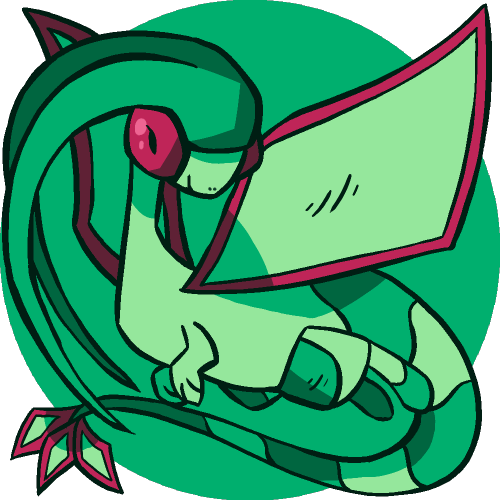 This generation has so many thirst traps, Raihan’s the biggest of all for me I just can’t — 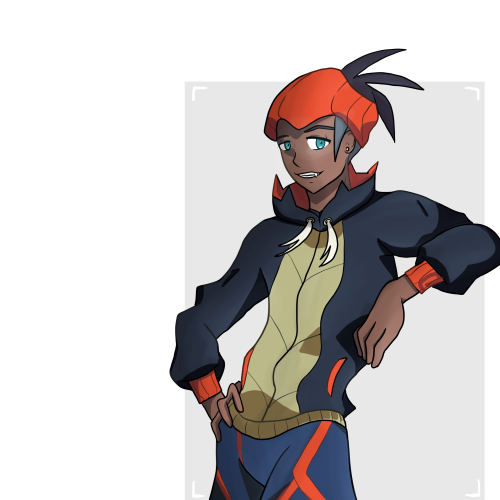 The last and strongest member of Auvut’s Elite Four, Snap—or Kingyō in Japanese—the Dragon-Type specialist. Her name comes from snapdragon (yes I’m a comedic genius hahaha -.-), the Japanese word for which is kingyōsou. The player battles her at Mount Unasuna. Her clothes are loosely based on traditional Inuit (Canadian indigenous people) clothing.

The Dragon-Type specialist of the Elite Four. She loves to roam the countryside—regardless of the weather—whenever she has free time.

Keeps her Pokémon in: Ultra Balls 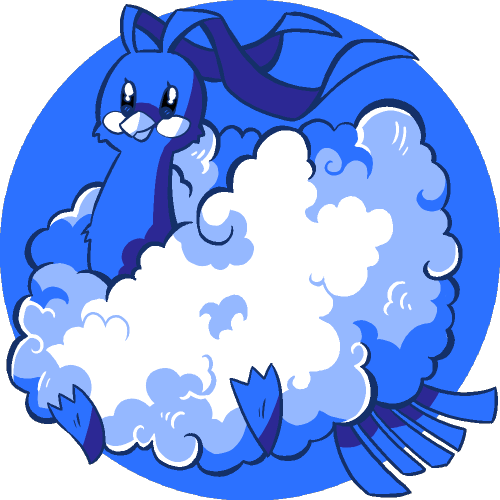 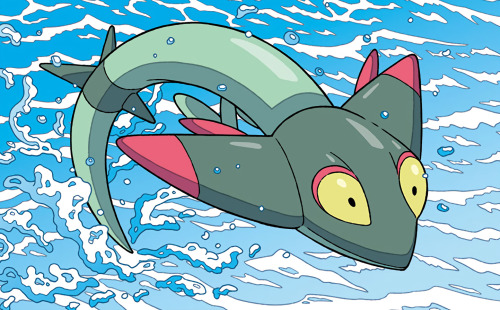 Did a small colored sketch for @dyslexicreagan! :D 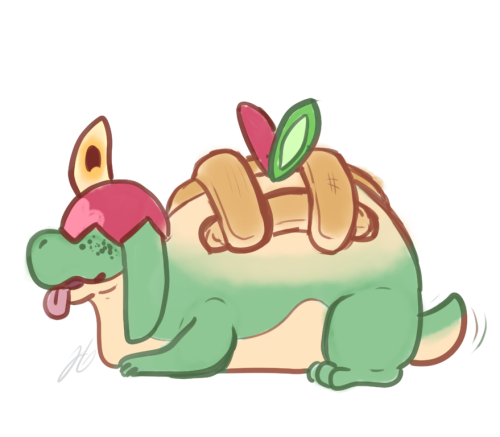 The mascot of Pokemon Emerald and the most popular pokemon of Gen III, Rayquaza’s a pretty big deal. In case it isn’t apparent from its design, Rayquaza is a Legendary Pokemon, part of the weather trio with Groudon and Kyogre. Its precise role wouldn’t become apparent until Emerald actually came out, though; in Ruby and Sapphire, Rayquaza was simply an immensely powerful legendary appearing at the end of a tall tower called Sky Pillar, which required precise bike skills to scale.

A Dragon/Flying-type, Rayquaza represents the sky where Kyogre represents the sea and Groudon represents the land. Historically, Kyogre and Groudon have fought ceaselessly, each seeking to dominate the planet with their respective element, with Kyogre bringing down flooding rains whilst Groudon summons harsh, merciless sunlight. This clash of opposing forces was the climax of Pokemon Emerald, with the player then heading to Sky Pillar to summon Rayquaza who would then appear and halt Kyogre’s and Groudon’s squabble.

Each of the weather trio’s thematic affiliation is also shown by their abilities: Kyogre’s Drizzle summons rain and Groudon’s Drought summons sunlight, but rather than having an associated weather, Rayquaza instead has Air Lock, which cancels the effects of all weather in play. This makes thematic sense given its role as a superior force to the other members of the trio, but it’s admittedly rather boring for Rayquaza not to have its own associated weather. No associated weather yet, at least ;)

Beyond Rayquaza’s affiliation with Kyogre and Groudon, it also clashed with Deoxys on multiple occasions, both as part of the plot of Destiny Deoxys and as part of the climax of ORAS’s Delta Episode. This is because Rayquaza is said to live in the ozone layer, above the clouds, putting it in prime territory to defend the planet from aliens like Deoxys. Or just fight them out of territorialness, I dunno. I personally like to think of Rayquaza as some sort of Earth-defending Godzilla-like figure though.

Anyways, the design! Rayquaza looks absolutely PHENOMENAL, a long lindworm-style dragon with just enough detail to feel legendary without going overboard. My favourite aspect of its design though is how heckin’ HAPPY it always looks! It’s great!!! Its gleeful smile also notably lacks teeth, which is appropriate, since Rayquaza canonically just feeds on particles in the atmosphere. No need to chew! Except apparently Alpha Sapphire retconned the dex to say it eats meteorites which is dumb.

The REASON for the retcon, though, is to provide a flimsy justification for why Rayquaza is capable of Mega Evolution without an associated Mega Stone: the meteorites it eats provide it with Mega energy, or something. It simply needs to know the move Dragon Ascent, leaving its item slot free for anything else, making Mega Rayquaza the single most overpowered pokemon in the franchise. It’s so strong that Smogon had to ban it from Ubers into its own tier called “Anything Goes”, when Ubers was already functionally a banlist!

The design’s pretty rad though; it gets some cool streamers that add some flair, and some red jewel things that add a splash of colour. The shape of its head seems odd, but it actually reflects the shape of the Greek letter Delta, so it’s cool. Oh, and Mega Rayquaza also gets a nifty ability called Delta Stream that gives it its own custom weather after all!!! A special wind-themed weather that eliminates Flying-types’ weaknesses, in addition to canceling out all other weathers.

Rayquaza is one of the lucky few pokemon who received a coveted black shiny, and it looks GREAT! Edgy, sure, but in the best possible way. The Mega form has even more red thrown into the mix, making it arguably look even better than the regular shiny. The folks upstairs are aware of its popularity and try to get some mileage out of it themselves, too, with a shiny Rayquaza belonging to Nobunaga in Pokemon Conquest and a shiny Mega Rayquaza appearing in Hoopa and the Clash of Ages.

I adore Rayquaza and consider it one of the objective best legendaries, in addition to probably being the happiest legendary. I just LOVE that smile, y’know?? I don’t quite vibe with it nearly as much as I do several other legendaries, but my admiration for its design makes it a solid favourite nonetheless.

Raihan, my friend Loves him and so do I 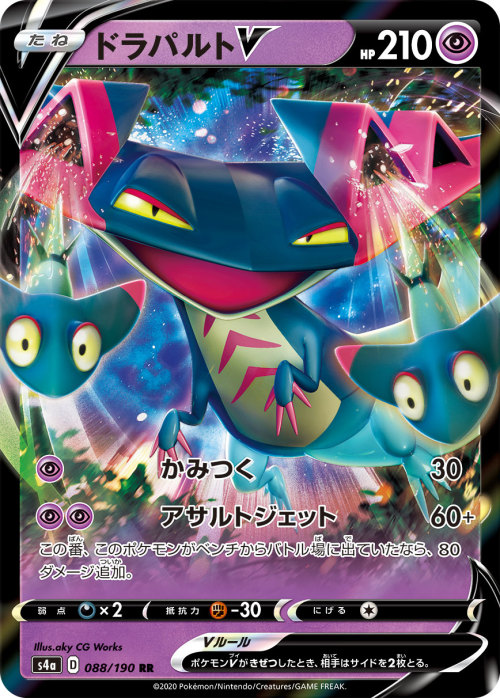 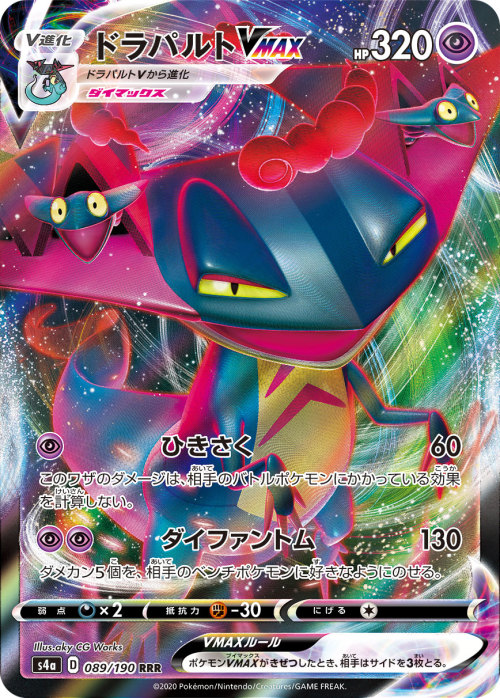 Two Pokémon Teams I’ve had in the past which version would you choose?

I finally finished it!!
I’m so proud of that one.
Here is Echo and Doomsday/Genesis the Giratina!
He’s a very friendly Giant that enjoys long walks in the Crown Tundra with his Mama. 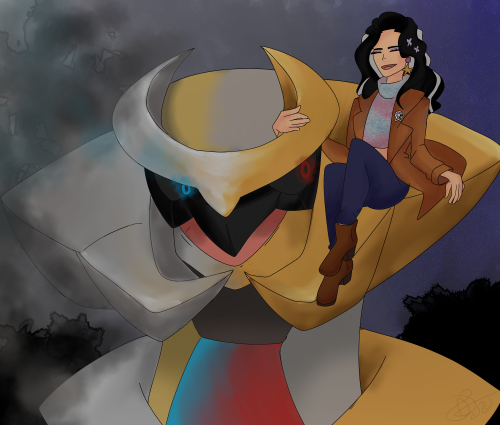 Meh, I wanted to make it look like it runs furiously into the wall, but now it looks sad instead.

Wild Duraludon sometimes wander into cities or towns and eat bicycles, lamp posts, or other metal structures. It’s very irritating to deal with.