This took so long but i’m not giving up. Anyways sometimes i wish Noct and Link didn’t take fall damadge.

Okay so the last batch!!! And ahhh I really like them!! (except for slasher >:(((() I’m also really proud of myself for actually finishing Drawtober because it’s been a good few years since I have! Anyways, thoughts n stuff about each piece below the read more!

#drawtober2020, #inktober, #art, #my art, #cowboytober2020, #sorta ish, #seriously though that slasher one is frustrating me, #i'm gonna draw it again and try to do better on the colours again lets hope i don't hate it again, #overall this year's drawtober was a fun time though and i definitely need to actually colour my drawings more
2 notes · See All
scoobyscribblesText

Ok whoo so this third batch, I’m mostly pretty positive with it and I’m actually super happy with some of these pieces!!

Here’s the second batch! Okay so, this one is sorta funky. Because like,,, at the end I started playing around a bit and having some fun with it a little bit? overall, it’s a mixed bag about how i feel with all the pieces.

my thoughts about each piece below the red more

It’s way late but like, here they are! (pls ignore the picture quality thanks) I’m very happy with how all the colours turned out for this batch! my thoughts on em under the read more.

#drawtober2020, #cowboys, #art, #my art, #cowboytober2020, #sorta, #I only followed part of the prompt list
2 notes · See All
explosivecarbonjellyText

It is time for corpse harvest.

Drawn for Drawtober 2020: Harvest Festival. I skipped two prompts because I couldn’t think of anything for Folklore and I am not comfortable with the Ancient Rituals prompt.

When your boyfriend craves some sweets in the middle of the night.

Drawn for Drawtober 2020: Midnight Feast. I don’t like drawing foods all that much, but this was fun nonetheless.

Drawn for Drawtober 2020: Wicked Apothecary. I couldn’t post them in time so I’m just gonna do that now in separate posts.

And there’s more! I plan on writing a fanfic based on this prompt and illustration (and of course it will be about Reaper x Genji with fantasy AU). Hope it’ll turn well.

Halftober/Drawtober Day #1! Today’s prompts were Half and Sweater

I want some sweater weather to come soon! It’s been mostly warm where I am

inktober this year was truly something. i’ve been taking part in it since 2016 and it’s the first year when i’ve actually finished it!

sure, you could say that i haven’t been uploading my pieces on time and i didn’t even get everything done before october ended but what matters to me the most is the final result. i might have failed the challenge but i finished all 31 pieces.

and because of that i’m really proud of myself. there were many moments where the thought of giving up appeared in my head, many times when i didn’t have an idea for a drawing, lacked motivation or just simply didn’t feel like doing it. but i kept going and eventually i reached the end.

personally i feel like i’ve shown the most variety in the very beginning where i was still testing the ground and i didn’t feel constrained by the time limit. then i started falling behind and my style started becoming more consistent (at least to some degree) even if just as a means to catch up. not like i don’t like the way i ended up drawing, but i guess too much pressure hinders my creativity

do i like all of those drawings? not exactly. but i don’t hate any of them. some i’m really happy with, others are acceptable. a lot i feel like could have been better but that’s the charm of traditional art that you only get one chance without having to start all over again. yet only my lack of experience is to blame for those shortcomings and i see room for improvement.

i learned a lot thanks to the challenge (not only about art, but about myself as a person as well) and i’ll do my best to use that knowledge in the future

a photo of all of my inktober drawings from this year! (two of them are photocopies and one i had to paste in because my mom took them to hang in her office -laughs-) 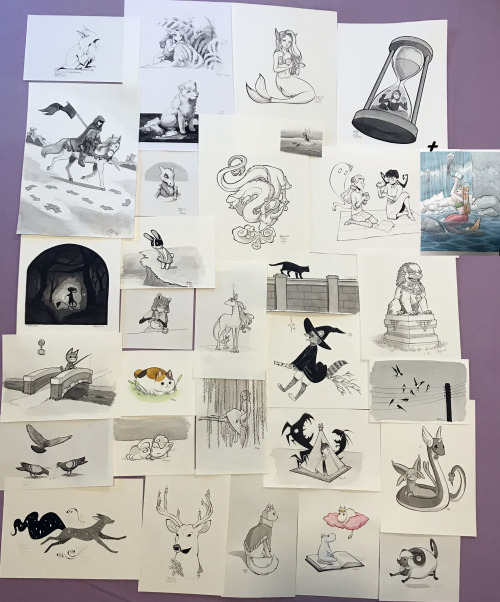 Originally I did 10 Drawtober prompts, but these are my favorites out of those. The character I drew is my Kella Ser, Miyuki. She was a custom made by Jackalune on DA 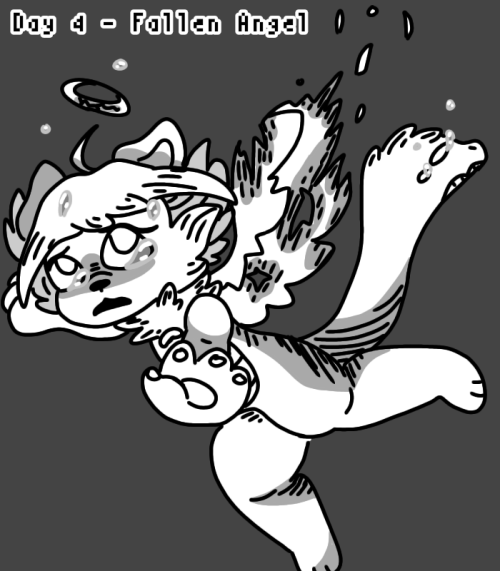 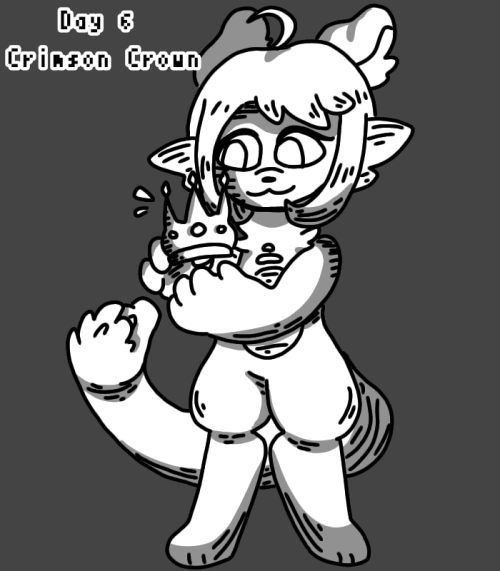 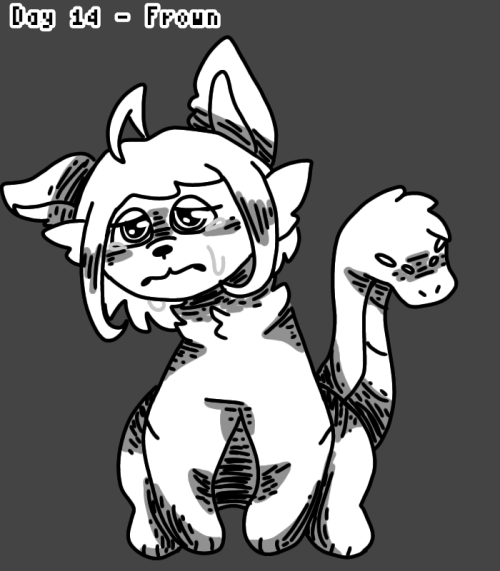 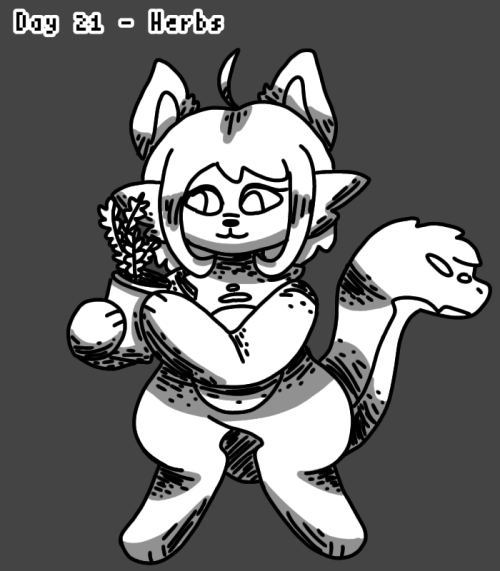 SUBMISSION SUNDAY // “Skeleton” by @cathedral.innards.⁣ ⁣ Tag us to be considered for inclusion in our ‘Join the Tribe’ community feature in Beautiful Bizarre Magazine + each Sunday our Social Media Manager chooses her favourites and shares them with our 1M+ social media followers !⁣⁣⁣ …⁣
posted on Instagram - https://instagr.am/p/CHmYf7zou_V/ 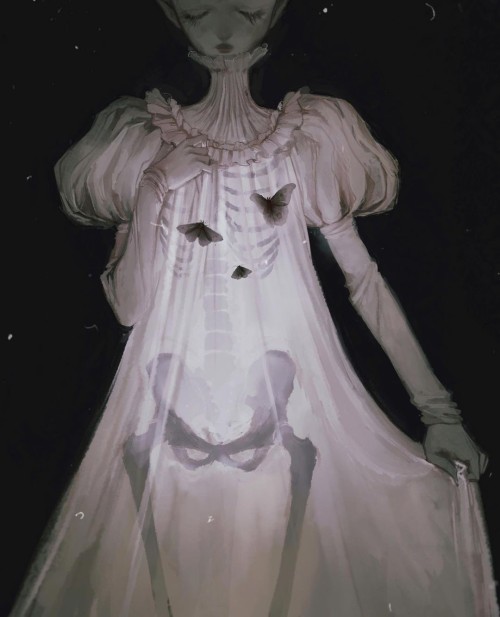 And that’s the last one for this year!! 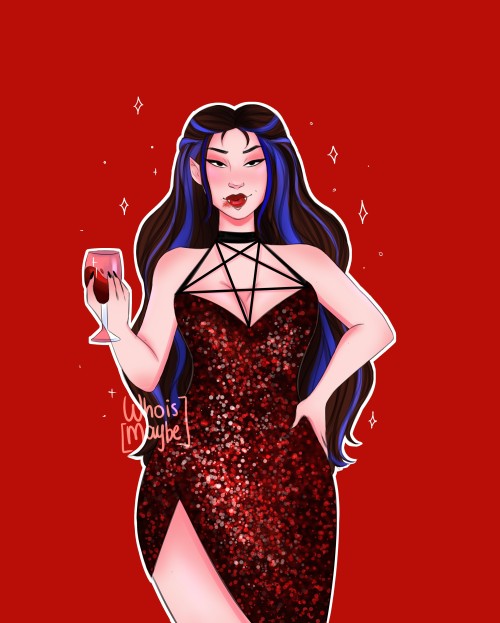 She didn’t have anyone since she lives here, but she learned that there’s not only humans live, also the other creatures, that she never thought that they could exist… She visited that “dangerous” places, like how people calling there. She liked that places thought, but she knows that she can’t live there too…

Those creatures doesn’t like humans, who’s gonna judge them tho… After all the things they have done…

Even she’s not welcome there, she keeps visiting them. Because she feels more peaceful there. She feels like… she actually 𝕓𝕖𝕝𝕠𝕟𝕘𝕤 𝕥𝕙𝕖𝕣𝕖…

more doodle from october this time with infection cupcake