I thought it would be interesting to learn about myths that Professional Locticians hear in their day-to-day environment. During the Natural Hair Industry Convention, I sat down with three Hair Care Professionals that service locs to find out what are the common misconceptions they hear when it comes to locs. - See More! 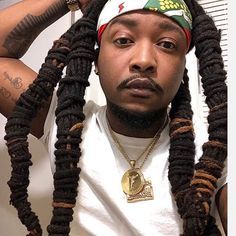 For just $700.00
CUSTOM COLORS 20”- 50 pieces - Afro Kinky 100% Human Hair Loc Extensions Length: 20” Thickness: 5 Choices- 2mm 4mm 6mm 8mm 10mm+ Style: Crochet/ Natural Style Locs # of units per pack: 50 pieces Price $700 • These locs are CUSTOM COLORS, and are custom made for you! They are available only in solid colors. They will take between 4-8 weeks for processing time. This excludes shipping time. • Made to match seamlessly with all afro and curly and afro kinky hair textures. • These permanent dreadlock extensions can be added to existing locs or attached to natural hair. • Easy to attach yourself or with help from a professional. • The hair requires little to no maintenance and are durable. • These extensions can be dyed and colored. • Locs can also be cut shorter to accommodate shorter lengths. • Locs can be sewn or crocheted together to make longer lengths. • Each pack contains 50 units. • For a full head we recommend purchasing 50-100 strands of locks. ( 1-2 packs) • Because these are actual mature locs, the length of the extensions we ship will vary. • The thickness is available in the size of Micro locs- 4mm in size OR Pencil Size 8mm in size. VARIATIONS: Comes in solid colors. Please refer to the color chart for color options.

An older drawing to fill my page a bit haha. (also pls don’t look at the signature, I drew this late and posted it on my instagram, I’m too lazy to change it now lol)

This is my newer oc Khelhe! The clothes still need some work and I’m trying to figure out her personality, but so far so good!

This is what I’ve got so far;

Khelhe is 18 and lives in a clan, semi ruled by a chief/url (still working out what I wanna call it lol) and a Shaman.

Chiefs are always men, however Shaman can be man, woman, both or neither.

I normally wasn’t going to include magic or any kind of ‘supernatural’, but I really want to let the Shaman make sense, so magic and mythological creatures it is! So far Unicorns/Pegasy, Centaurs, Satyrs and Dragons are the creatures that roam around on the yet unnamed continent Khelhe lives on.

The rings in her dreadlocks actually have a meaning! They represent how old a member of the clan is. Not everybody has dreadlocks, but everybody does have the rings! Khelhe isn’t actually wearing gold ones, it’s more of a polished bronze. They start wearing silver rings after 20y (1 silver ring represents 10 years) at 50y they start wearing golden rings in their hair (if they get to that age).

one last thing, the tattoo on her forehead is the symbol of a bird, which means freedom/spirituality as well as being protected by the Sky Father. (you have Mother Earth, Father Sky, Brother Sun and Sister Moon) the symbol is basically her totem that helps guide her through her life. A totem is always tattooed on the forehead, because it has to helps them think and contemplate every difficult part of their life. Multiple people can have the same totem, they will be seen as totem brothers/sisters and are required to help each other in times of need. Many hunters, for example, have a wolf or a lion totem, whilst gatherers/farmers (I’m still not sure what kind of civilization its gonna be) have a doe, bird or ant (yes, ant) totem. These talismans aren’t family related. It can wildly differ, or perfectly fit together.

The tattoo part is the longest because that was the easiest to figure out, it might become more complex eventually, though. 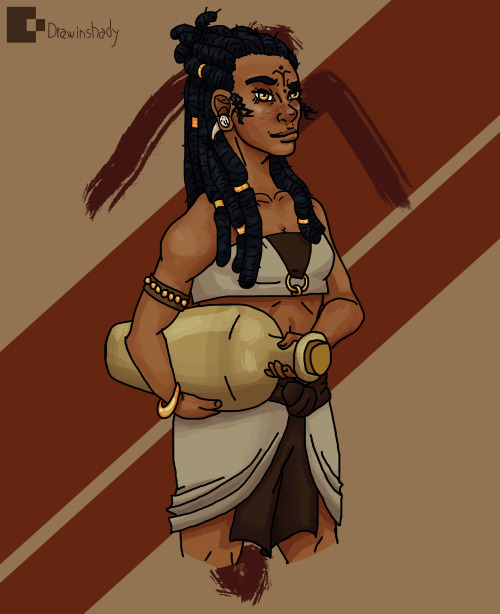 For just $5.00
Synthetic Dreadlock Extensions- Faux Locs Style/ Twisted & Manicured Style PRODUCT DESCRIPTION Length: 20” Style- Tapered Ends/ Twisted Manicured Look/ Faux Locs Type: Double Ended Units per pack: 1 single piece = 2 dreads OR 10 pieces pack = 20 single dreadlocks • Handmade from 100% Kanekalon fibre • Made to match seamlessly with all hair textures. • These dreadlock extensions can be added to existing dreadlocks or attached to un-dreaded hair. • Made to be used as removable and temporary dreadlock extensions. • Easy to attach yourself or with help from a professional or friend. • The extensions can be re-sealed and are re-usable. • Each 10 pack contains 10 double ended dreadlocks/ 20 dreadlocks in total. • Each unit is 10-12mm in diameter and 18" inches long. • Dreadlocks can be cut shorter and re-sealed for a shorter desired length. • We recommend 3-6 packs of 10 units for a full head of extensions. *Please see the color chart in the photos when choosing your desired color. *Depending on the volume of our studio - orders may take longer to process.

so im back! got logged out when my laptop went in for repairs but ive finally logged back in. Tumblr is the only place that doesnt change to much. its familiar and nice.

ive turned 30 since the last time i wrote ( i think) which isnt much different but i did notice lines. lines on my forehead, lines under my eyes. just lines i never noticed before i was 30. i dont like them but there is nothing to do but accept them and their existence.

since the apocalypse started, i havent done anything different, not really. i was socially reclusive before, im still socially reclusive now, just with the added fear of people, their bodily fluids, and fear when i sneeze or have a sore throat now.

i did however, start learning a new language, i have never been good at wrapping my tongue around languages, german, chinese, japanese, all of them in the past just wouldnt stick, but for some reason i googled languages a few months ago, and romanian stuck out. (also, My brother charlie, he lives in Romania was echoing in my head from harrypotter)

so slowly still studying that, online, freely, with the help of other people who are learning the same way i am.

my dreadlocks turn 7 years old. i was here on tumblr when i started my dreadlocks. so long ago! i got a bday present for them, but not sure if itll arrive in time.  but 7 years on. they are long, they are happy and they are purple! but my profile pic will remain that old beginner picture because i like it and also because i dont know how to change it any more.

not much else is happening, toilet paper is now available again, but prices are still high on some things.

okay till the next update. ill be around. if youhave a switch, im happy to add you.

if you play GTA V on pc im also happy to hang. havent played much else.

still making youtube videos now and then. its fun when there is no pressure and just posting what i want. i do miss vlogging but just cant get back into it..


—here are some pictures of my dreads and their progression. when i first got them in 2013, then 1 year later and then the pother day at 7 years. (the pics wont cooperate, so they are the top one when i first got them, the last one is the other day) , whatever works. :/ —-

Today marks the 7th month of my all natural dread journey, the results after a fresh retwist.

When your locs start budding you should be excited. Let’s talk about the basics of loc budding so that you will understand what’s going on and put your mind at ease. - See More! 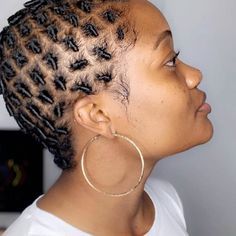 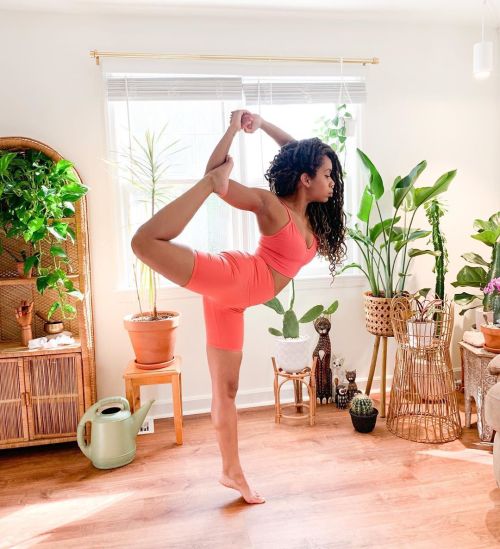 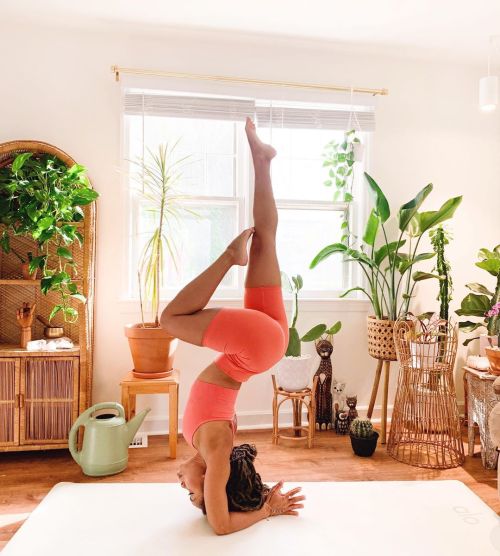 For just $70.00
LOCS CARE KIT- For curly textured hair- by Studio Sundari Dreadlock Salon- Montreal, Canada PRICE: $50 Our Locs Care Kit is designed for curly textured and easy to lock hair textures. If your hair is curly but is soft and difficult to lock, please refer to our other care kit designed for soft hair. - Our products are developed by professional Locticians - Made in Canada - All ingredients are ethically sourced and vegan-friendly. - All of our products are made to promote hair health and are made from 100% natural and raw ingredients. - Our kits include everything you could need to care for your own dreadlocks by yourself or with the help of a friend! Kit Includes: - 3 oz Cleanse - Residue Free Shampoo Bar - 4 oz Style - Loc & Twist Pomade - Head tube for sleeping - Latch Hook - Crochet Hook