Rebecca is the target of every kind of sexism. Everyone tries to make decisions for her and ignores her fighting ability (I will never be over that stupid comment about girls looking better in dresses than armor either), she’s dressed in the most ridiculous and useless ‘armor,’ and she’s sixteen and referred to as a child more than once despite her blatant sexualization

Three redeeming factors: she was taught to fight in the first place, she was treated like a genuine threat as long as she was in the arena, and in the end she said fuck that to Kyros trying to make decisions for her and ran off

#this entire arc, #i kept hating the sexism directed at her, #rebecca, #dressrosa arc, #one piece, #sexism
9 notes · See All
ikebanakaText

Hakuba, in the corner:

He had the vivre card for a reason. He wasn’t 100% sure he’d been on a suicide mission, even if he hadn’t thought he’d get out alive, but just as he and Luffy had a 30% chance of bringing down the yonkou, Kaido, there was a 95% chance he wasn’t going to survive Dressrosa. He hadn’t played his cards foolishly. He had planned. That bastard had even praised him for it. But they both lost their cool. There were ways that the weak could bring down the strong, but ultimately the weak didn’t get to choose.

He had the vivre card for a reason. Not just to make sure they got Caesar away. You couldn’t set a log to the walking elephant island of Zou, after all, but you could follow a vivre card to Bepo.

And here he lay, in the dark of the night, in the deep of the woods, everyone awake, the water trade thriving, because that’s the way this crazy island went for pirates, night dwellers, and lovers of lasagna.

Well, everyone was awake except himself. His eyes slowly closing, arm aching, Bepo by his side.

“Tell us again, boss, how did Strawhat take down Doflamingo?”

Just a double-drabble from 2018, and maybe something soft in these times of worry. Got a meta on the boil about this. This is part of my drabble and one-shot collection, Nuts in a Nutshell.

Trebol: my powers are so great, your haki won’t work on me you rubber idiot

Law: I literally decided not to be the next Corazon because y’all are stupid and I didn’t want to be associated with anything your dumb asses did but go off I guess

Law: haha worth it

I’m screaming at Bartolomeo, doesn’t he have the power to change his barriers’ shapes??? Why didn’t he just put explodo man in a ball and shrink it until the dude got squished?? Then none of his attacks would get out and he’d be at least unconscious, although honestly I don’t think a guy nicknamed the cannibal would have a problem with turning him into bloody paste

The only redeeming aspects of Dressrosa are Law’s Backstory and ASL. These are the facts. I accept no other opinions.

When Law realized who he’d really teamed up with 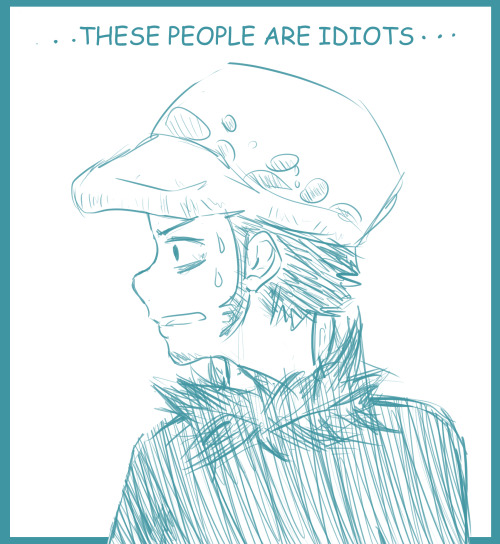 Bastille searches his best friend after he leaves the colosseum.

Hey Bastille, the smile of your best friend, is not very trustworthy. 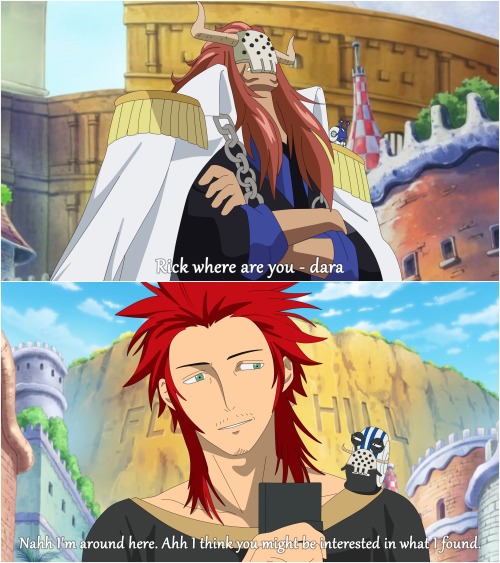 Sabo, fucking immediately: time to go stand in front of a bunch of marines and let them shoot me! I’ve always wanted to know what that was like!

#bro seastone bullets exist, #and you got your fruit two seconds ago, #what if you accidentally became solid huh, #you literally could not put on a glove bc you caught on fire, #zero self preservation, #funny, #sabo, #you dumb bastard, #one piece, #dressrosa arc
412 notes · See All
chromatic-laminaText

Conscientious objectors jailed, protesters silenced, populations disappeared. Guns pushed against the temples of the hooded, the gagged. Dissenters led to soccer fields in the dead of night.

Loyal to the wrong brand of royalty and their king had decimated them; ridden through town cutting down everyone in his path, in the army’s path. Sabres and scimitars glinting from the light of the fires burning homes. Dold’s forces had robbed them blind.

If Rebecca’s life wasn’t controlled by another, she wouldn’t pick up the sword at all.