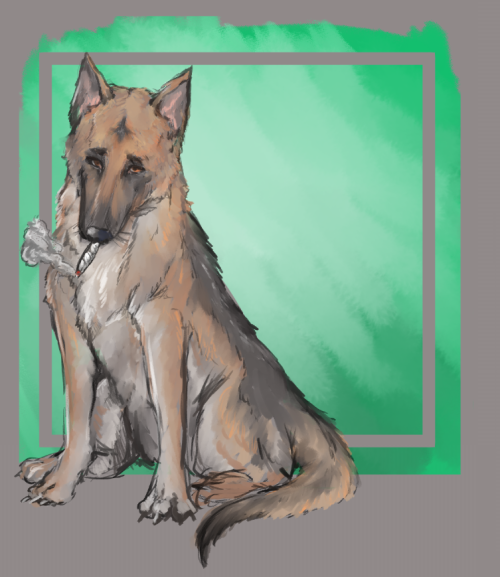 #uhhh idk what to tag this as??, #dog, #drug mention, #doodle, #quarantine got me like
0 notes · See All
lavenderbirchtreesText

Meanwhile in the eNeMeE group chat….

First draft mood: ridiculous chapter names! I’m finally indulging in them without even capitalizing them. Mostly it’s just insulting Chester whenever the chapter’s about him. Other contenders include:

#alcohol mention, #drug mention, #writing whom're, #Moonshine WIP, #yes that IS a Princess Bride reference, #and yes that IS a P!atD reference, #I am a cultured swine, #also before my characters got names I nicknamed them in the outline, #Chester's nickname was Asshat, #referring to an old Pokemon video in which we name our rival Asshat
12 notes · See All
belovedlyText

im so fuckin hungry but im disordered so…. lets see which wins. chill high brain that wants to eat vs. disordered brain that doesnt

David Bowie: Elton, I just did a line of cocaine!

im gonna kill myself and be like man………… never got to know what meth was like despite being constantly surrounded by it. or LSD. fuck i wanted to try that too. see? now i cant kill myself bc i want to try shrooms. this is mad fucked up.

happy birthday to the only oc i own

I hope this very rough sketch of my self insert counts

Rn I’m high af and I’m playing flight rising and listening to the Beetlejuice soundtrack and it occurred to me that I’m probably not the only person on the planet doing those exact 3 things. If ur playing fr dumby blazed listening to broadway soundtracks smash that mf like

Tagged by: @marvilus73 (thank 4 keeping me entertained in these dark times)

Tagging: time is meaningless and so are rules, if u wanna do this go ahead my dudes

Are you staying home from work/school?
I have to thanks to provincial guidelines, but I live with my mom who’s immunocompromised so I’d be doing it whether or not I was forced. School’s online now and I actually work from home normally anyways, so my productivity hasn’t changed much.

If you’re staying home, who’s there with you?
I’m living with my parents while I go to school, so it’s my parents, my younger sister, and the two cats. It’s a party.

Are you a homebody?
Absolutely so I’m doing alright. I usually go out once every couple weeks to hang with friends though so not having that as an option is starting to wear on me. :(

What movies have you watched recently? What shows are you watching?
Recently watched Saving Mr Banks and a shitton of animated Disney movies. Plan on starting Tiger King after class tomorrow while I work.

An event that you were looking forward to that got cancelled?
Pride is always fun and that got axed. E3 is something I like to riff on with friends so that going away sucks too.

What music are you listening to?
I’ve been going on a nostalgia crawl and hitting up that early 00s techno and some mid 00s emo music. Good shit.

What are you reading?
My Animal Crossing villagers’ wonderful thoughts. :V

holy shit so i uh took some more substances abt 2 hours ago since last night i got a gauge.on hour lomg they would take to process in me and shit just started Hitting

#the ringing in my ears has never been so defeaning, #drug mention
1 notes · See All
mostly-mundane-atlaText

When people from the Sun Wariors’ homeland settled in what would become the Fire Nation, they brough seeds of local crops with them and managed to raise some of them; including cacao, coca, and tobacco.

Tobacco is processed and smoked recreationally, with a handful of artisans specializing in making intricate and ornate smoking pipes for the upper classes. Mai owns one carved to look like two dragons each with their tale wrapped around the other’s; one dragon’s head with a roaring mouth serving as the bowl, and the other, more serene dragon’s head serving as the mouthpiece. This design is common enough that smoking (of any substance) is sometimes euphemistically refered to as “kissing dragons.” Tobacco is the only one of these crops also widely grown and available in the Earth Kingdom.

The cacao beans are processed into chocolate liquor which can be further processed into cocoa powder, though these are rarely used to make solid chocolate. They are instead usually mixed with ginger, crushed hot peppers, or both, then sweetened to varying degrees depending on purpose and personal taste.

Powder forms of this mixture are often sprinkled on pastries, tarts, and cake batter before baking, and some are mixed with rice flour for rolling soft candies in so they don’t stick to the other pieces or wrapping paper. Syrup forms are drizzled on desserts or mixed into drinks both alcoholic and not.

There might be two or three cacao trees in the Colonies and occupied territories, but their health and quality of their beans is unknown. The Earth Kindom used to trade with the Fire Nation for chocalate liquor and made the kind of solid chocolate the reader is more familiar with, but it was very rare and expensive and done away with as the war progressed. The chocolate industry in the Earth Kingdom has been slow to start up again.

Coca leaves were the Fire Nation’s best kept secret and remained so until healers of all grades, practices, and national origins made a point to network and pool their knowledge. The leaves were rationed out to soliders to chew when they were needed to cover a lot of ground or complete any number of grueling tasks, and they had properties that blocked feelings of hunger, thirst, and fatigue. Having anesthetic properties as well, they were also given to those sustaining great injuries, sometimes brewed as a tea instead so they don’t have to chew anything.

Coca leaves were the most guarded and monitored supplies in the Fire Nation military, and it was decided that it was better for the men to have too little of it than too much. Even when defectors wanted to share this information, they couldn’t bring any themselves for these reasons. Corruption does exist in all places, however, and a few men of rank, especially those of noble families, used the leaves recreationally and brought this bad habit home with them, sharing it with friends and family. This led to many experiments on how to strengthen the effect, with a few military officers and civilian leaders trying out these newer forms of the substance.

By the time Avatar Korra was born, coca leaves were declared for medicinal use only and selling them or any product of them for recreational use has been heavily criminalized. Cultivating a tree and sharing the leaves without making a profit is still a legal grey area and a problem in pro bending and other competitive sports.

i can’t believe it’s about to be 4/20 all month long and i already smoked all my quarantweed :(

#drug mention, #text, #maybe i can have my mom or sister drop some off on my porch :/
23 notes · See All
Next Page