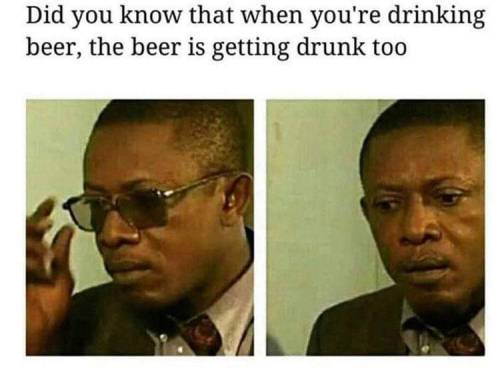 your affection, your touch
the way you make me feel
i just wished
it happened
when you were sober
because now I know
everything you said and did
wasn’t real.

The idea for this prompt was too delicious to ignore. I hope you enjoy my little twist.

Hikaru huffed a chuckle as he swirled his half empty beer bottle between his finger tips. The words echoed throughout his mind, trapped within the drunken haze he was under, but he could still understand their judgemental undertone.

He listened to the liquid splash against the glass and brought the cold bottle to his lips for another swig. The bitter drink that once stung his mouth now flowed onto his tongue like water.

Tamaki knelt down to where Hikaru was sitting, on a carpeted floor with his back against a wooden trunk, and for a moment watched his intoxicated friend take another drink.

“You need to stop.” Tamaki said gently. Although he was angry with his friend for abusing his limit once again he knew better than to unleash that anger onto him, especially when he was in this state.

It wouldn’t do any good to yell at a drunk man.

Hikaru scoffed and waved his index finger at his blonde friend, “You don’t get to tell me what to do.”

Tamaki tried to calmly snatch the beer bottle from his hand but Hikaru jerked his hand back, accidentally splashing a little beer onto his shirt.

“Your brother tells me when you drink. He doesn’t know how to handle you so he calls me for help.” Tamaki explained honestly.

*I don’t need any help.“ Hikaru growled between a hiccup. He felt the bottle’s neck with his thumb to feel the cold condensation and took another sip.

"You do need help. You can’t keep drinking like this.” Tamaki warned, feeling his composure slowly slipping.

This wasn’t the first time he had to watch Hikaru drink himself to sleep and he feared it wouldn’t be his last. Several executive nights now, Kaoru has called Tamaki with the same terrible news; Hikaru was drinking and rambling again.

It hurt Kaoru to know he couldn’t soothe his brother’s pain. He couldn’t lift the burdensome weight off his shoulders. He couldn’t fix his troubles. He was essentially useless…

But for some reason Tamaki managed to get Hikaru into bed and sober by the next morning.

Tamaki never revealed how, only promised that one day the truth would be exposed.

“Why are you here? Shouldn’t you be with her?” Hikaru slurred angrily, trying to poke Tamaki in the chest but missing by several inches.

Tamaki shook his head, “Let’s not discuss that now.”

“No let’s do!” Hikaru shouted, dramatically waving his bottle above his head. “Let’s talk about her! How is she doing? Is she doing alright?”

“She’s fine, but please let’s not talk about her.” Tamaki said quietly. He could see where the conversation was going and he didn’t want to travel down that road, especially while Hikaru wasn’t in his right mind.

“So if you don’t want to talk about her how about we talk about how you stabbed me in the back! You’re a back stabbing friend milord!” Hikaru sneered, locking his angry eyes onto Tamaki’s.

Tamaki felt his patience slipping beneath him and he knew he couldn’t stay here any longer. He needed to leave, even if it meant forcing Hikaru to fall asleep drunk and alone.

Tamaki wouldn’t allow him to utter another word. He slapped Hikaru hard across the face, forcing his beer to fly out of his loose hand and spill into the carpet.

Tamaki wouldn’t let him speak another damn word, drunk or not, if he wanted to slander his woman’s precious name. He remembered when he first found her after the painful break up. Her heart was shattered and barely kept together by her own will power. She had cried on his shoulder more times than they shared a laugh. She bore into him every inch of her heartbreak until she could begin to heal.

He was there, beside her, through one of the most difficult moments of her life. He was there and she saw that.

She finally saw that he was there, right in front of her, all this time.

Tamaki crouched into Hikaru’s face and grabbed his collar, pinning him against the stiff wood behind him.

“You lost her because you were unfaithful. You broke her heart because you are a fool. Everything you’re feeling right now, all the anger and resentment, is all directed towards yourself so don’t you dare drag her name like that! You drink yourself stupid because you can’t live with yourself after what you’ve done to her!”

Tamaki released his collar and stood up directly above him, looking down in a very intimidating way.

“I loved her…” Hikaru drunkenly whined, “I loved her so much. I don’t know what happened.”

Tamaki frowned and shook his head, “You messed up, that’s what happened.”

Hikaru choked back a sob and slumped against the trunk, seeming to finally let Tamaki’s words soak through his drunken haze.

“Don’t hurt Haruhi the same way I did.” He said quietly, lazily shrugging his shoulders.

Tamaki scoffed and turned to take his leave, “You of all people should know I’d never hurt my wife like that.”

Now is a great time to ask me stuff! 😉 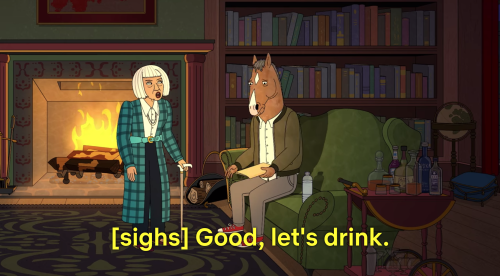 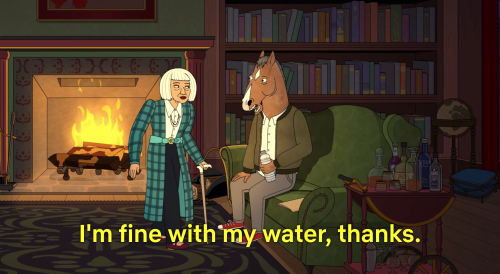 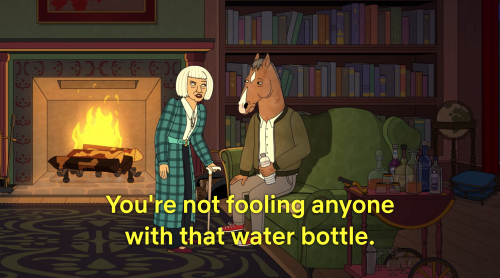 Hanging out on snapchat tonight, a little tipsy 😁👍, if anyone wants to chat, dm me and ill give you my username 😊😘

What are your favorite vines? Which recreation did you like the best?

Maddie regretted not going out with Chimney earlier. Why did she ever think that Buck could be trusted enough to limit Chimney’s alcohol intake?

It didn’t matter now. At the time, she thought Buck was responsible enough. But now, with Chimney stumbling through the apartment, that was clearly not the case.

She almost resented the situation, forcing her mind to stay in the present instead of travelling back like it tended to do, back to Doug.

Doug was a harsh drunk, rough behaviour towards Maddie worsening, as much as it could. Those were the nights she hid, or ended up silently crying as Doug forced himself upon her.

“I had a good time with Buckaroo and Eds.” He hiccuped through his sentence, frowning for a second. “Madsy, why didn’t you come?”

“Because I was tired, and didn’t want to go to a bar.”

“Hey Chim, why don’t we get you changed for bed?”

“Yes…” He trailed off, eyes focusing on Maddie’s face.

She snapped her fingers in front of his face, trying to pull him from this trace.

He nodded earnestly, Maddie’s cheeks flushing at his drunken compliments.

He turns and wanders off again. Maddie sighed, shaking her head, slightly dreamy smile on her face. He was a drunk idiot, but at least he was her, kinda cheesy, drunken idiot.

She went after him, finding him in the bedroom, struggling with his buttons.

She reached for the button he was working on but he pulled away quickly, figuring it out on his own.

“Heyyy, I have a girlfriend y’know.”

He yanked off his shirt, moving on to fiddle with the button on his pants for a second before Maddie moved to help him again. This time he jumped backwards, arms crossed, pouting.

He messed with the button for a while more.

“You know, my girlfriend,” he chuckled as he finally managed to rid himself of his pants and sit on the bed.

Maddie sat on the edge of the bed, watching Chimney as his eyes became unfocused, drifting towards the ceiling.

He flung his arms out, falling back onto the pillows with a stupid grin spread on his cheeks.

“And-and and,” he sat up, leaning closer to Maddie, a look of urgency on his face, dropping his voice to whisper. “I want to marry her one day. I think she’s the one. Don’t tell anyone though, it’s a secret.”

He pressed his finger to her lips as if shushing her, before pulling away again, and getting under the covers, settling himself, eyes seemingly focusing again, this time on Maddie.

He opened his arms and Maddie happily climbed in with him, cuddling into his embrace.

“You know I feel the same.”

With your hands between your thighs

Stop and wait a sec

When you look at me like that, my darling, what did you expect?

Or I did last time I checked

Not shy of a spark

Frightened by the bite, though it’s no harsher than the bark

The middle of adventure, such a perfect place to start

With your hands between your thighs

But I crumble completely when you cry

I’m always just about to go and spoil a surprise

Take my hands off of your eyes too soon

With your hands between your thighs and a smile

#arctic monkeys, #lyrics, #love, #alex turner, #arctic monkeys lyrics, #arctic monkeys 2014, #high, #song, #drunk, #party, #505
1 notes · See All
thedoctor1002Chat
Normal Drunk People: *do weird shit*
Me @ my S/O after one(1) sip of limoncello: *takes out a whiteboard and markers* Welcome to my Ted Talk. The topic of this conference will be: my Husbandos Tier List and why Eustass Kidd deserves better
#drunk, #funny, #onepiece, #ted talk, #thanks for coming to my ted talk, #husbandos, #anime, #manga, #one piece, #tier list, #i promise i wont get all political
1 notes · See All
bambiftbenoughLink
Would u like to Fuck a h0ttie? ->TAP HERE<- https://tmblr.co/mGGBvtTqzsJyJ0bYDr9iesQ
#anderssen, #sleepwear, #practice, #stunners, #cherry, #drunk, #latinboy, #district of columbia, #obsessive, #lg dd relationship
19 notes · See All
Next Page