Feel comfortable in your own skin.

(Idk why I tried half can of beer today?)

You are the closest person to me, still I cannot have you. I don’t know how I developed feelings for you, but it’s your fault. Why have you always been so caring? Why you comforted me everytime I cried? Why your arms fit around my petite frame so perfectly? Why you are so sweet to me? Why you show me the world? Why you help me with my small small problems? Why you get mad at me for doing wrong for myself? Why you yell at me? Why you’ve slapped me thrice for getting myself in trouble? Why you have been the nicest? Why have you been a gentleman to me? Why you never forced me into things I’m not comfortable with? Why you’ve always supported me? Why you let me fall? Why you know I will always come back to you? Why you make me smile all day? Why when I am with you I forget about the world? Why I love you? Then you expect me not to fall for you? ANSWER ME GOD DAMMIT!!

But you did everything by considering me as your friend…

A person can affect your soul and heart so bad, that you end up creating a shell over your smol heart. You don’t want anyone to enter there, no matter what. It’s not a nice feeling. You are always scared to even love a small fly because of that. But, atleast you are protecting yourself, that what actually matters.

“YOU NEVER SHUT UP! THIS IS WHY YOU’RE SO ANNOYING!”

all my life I have been told that I am annoying. probably ever since second grade. it never really affected me until 6th grade and then i started c***ting myself. recently all my trauma from bullying and death threats have been coming back and this really took the cake. im so mad at my friends and they don’t even know it, i have nothing in common with them and i am sooo annoying. Totally want to c*t

#actuallytraumatized, #trauma, #tw, #drunk, #getting drunk, #tw drunk, #drunken, #drunktimes, #alcohlism, #self deprecating thoughts, #low self confidence, #low self worth, #tw depressing stuff, #friends, #i hate my friends, #i hate it here, #i hate people, #i hate it so much, #sad, #depressing quotes, #quotes, #quotes from my life, #quotes from my friends, #13 reasons why, #13rw, #my tapes, #childhood, #childhood trauma, #anxiety, #bpd
2 notes · See All
yuri-headquartersText

Hey y’all🖖🏼I am most definitely drunk and would love any recommendations for any shows (especially I. The horror genre) on Netflix or HBO!

But it seems easy to you

When everything is wrong

And it’s bad to be together

The memory hurts me

Of the relationship that was there

there’s more alcohol in my bloodstream than in the state of massachusetts. 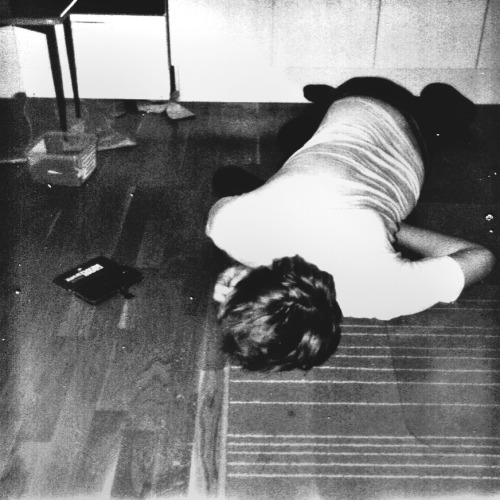 Reblog if you love being ✨drunk ✨

I was sober for over 3 months, I thought I was over it. I got very depressed again and got drunk to fall asleep. And here I am again. Drunk every night - afraid anyone will notice that I’m not sober anymore.

“Alright, never have I ever done coke?”

“Never have I ever taken straight LSD.”

“Christ Dabi. Is there anything you haven’t done?”

“I’ve been on the streets since I was a teenager, babe, there ain’t a block I haven’t touched.”

You, Dabi, and Hawks were chilling in the living room of your apartment. The furniture had been pushed to the side and the three of you were lounging on throw pillows. Empty liquor bottles and shot glasses sat on the low table in the middle of the circle the three of you had formed.

The fun thing about towing the line between villain and vigilante, meant that you got to meet some of the coolest people on either side of the law. And Hawks and Dabi were by far some of your favorite people. Maybe it was because they both toed the lines themselves.

“No shit.” You muttered back.

“We gotta ask some questions that’ll actually get you drunk, Hummingbird.” Hawks hummed. His pale cheeks were flushed.

“Mm, good luck with that,” you scoffed, leaning forward to grab a new bottle of liquor off the table.

Without your realization, one of your breasts spilled out of the v-cut of your dress, drawing both men’s attention to it.

“Unlike you sinners, I am almost as pure as the driven snow.” You bragged, settling back on your butt with an: ‘oomf!’

The room was definitely spinning a bit.

“Almost,” Dabi chuckled, eying your exposed tit with a small smirk. He sipped his liquor.

“Alright then, Hawks piped up, “I’ve got a question. Never have I ever kissed someone of the same sex.”

All three parties downed their shots.

Hawks shot you a shit eating grin. “Now we’re getting somewhere! Looks like the Hummingbird has a vice or two of her own.”

“Oh Please. That’s hardly a vice unlike you two hooligans.”

Both the hero and the villain took a drink while you didn’t.

“Ahh, so the vices don’t run that deep?”

You shrugged. “Mm. Threesomes don’t appeal to me. They just seem like more trouble than they’re worth.”

You pouted at their teasing.

“Guess that could only mean one thing.” Dabi spoke up through his chuckles.

You cocked your head.

Dabi leaned towards you, his turquoise eyes locked on to your gaze, making your cheeks burn.

“I-I don’t know about that.” You stammered back.

“Why not?” Hawks asked, scooting closet on the other side of you.

He ran his rough thumb along the sensitive skin of your areola. A tickling sensation zipped from the nub straight to your clit.

“Guys, what are you doing?” You looked between them.

Hawks’ golden eyes were half lidded and raking over your body while Dabi was licking his lips, his gaze on your breasts.

You needed some air. Needed to get away.

God you were dizzy.

You crawled away from the men, until your back hit the couch.

“C-come on guys,” you giggled nervously, “we were having fun.”

“We still can.” Dabi’s lips quirked slyly. His large hand slid along the smooth skin of your exposed thighs, lighting a fire beneath your skin. “Come on, what else did you think was going to happen? You inviting us over to your place in the middle of the night to drink.”

“Oh really?” Hawks worked your other tit out of the dress, hungry gaze locked on your breasts. “And you didn’t even put these tits of yours up. I know you saw us looking.” He licked his lips.

The pressure of Dabi’s fingers teasing your button distracted you. He smirked sat you.

“You’re wet, babe. You sure this isn’t what you want? Not even a little bit?”

Before you could answer, Hawks’ tongue flicked one of your nipples while one of his vermillion feathers teased the other one.

“You didn’t tell me shit,” Dabi shot back as he snatched off his tank top. Your eyes ran over the unblemished skin of his hard pecs and six pack. “We been knew this, we just needed the right opportunity.”

“Regardless,” Hawks piped up, “we’re gonna make this a fun experience for you, Hummingbird.”

Dabi’s chest was too the floor now. He had lowered himself completely between your legs.

“Yo, save some of that for me, when you’re done.” Hawks snapped at Dabi. He worked himself out of his shirt too.

“No promises,” Dabi licked his lips.

Experimentally, he slid three fingers in you one by one, peering up to see your expression.

The curl of his digits in your gripping sex made your toes flex.

His warm tongue ran along your throat. He bit into the flesh, making you gasp.

“That’s it.” He replied, sprinkling kisses along your collarbone.

Their mouths descended on you at the same time. Dabi’s on your clit, Hawks’ on your breasts.

The double shot of pleasure was almost sobering.

The slurping and sucking of both men filled the room.

“Here Birdie,” he beckoned time the blonde, “a taste for you.”

The men moaned as they shared your essence.

The villain chuckled and rose from between your thighs.

Everything was happening so fast, you swore you were getting whiplash.

“Here, baby,” Dabi grinned, “you deserve a taste too.”

Hawks’ tongue slithered along your clit as it sucked you in. His fingers plunged in and out of your dripping pussy, spurning you closer over that edge that Dabi had brought you to.

Both men worked their mouths and hands all over your tingling body. Goosebumps raised along your skin as you climaxed over and over again.

Finally, the build up burning in your core, exploded through out your entire body, sending you spiraling into euphoria.

Thighs shaking around Hawks’ head, lips locked on Dabi’s own, the men sucked and kissed you all the way through your pleasure.

Is it more likely that’ll ill k!ll myself than get laid? (yes)

get you an als

pour me some red wine, would you?

Waking up in the same clothes from last night.

In a couch that isn’t mine.

But nothing is I guess…

All the things that could be,

I don’t really want them.

And all the things that aren’t…well…

I keep them very far from me.

Sleeping on this couch instead of anyone’s bed.

It’s a better way to sleep.