so apparently that halfling was part of a whole dnd party! who would’ve guessed! here is the full gang all together! 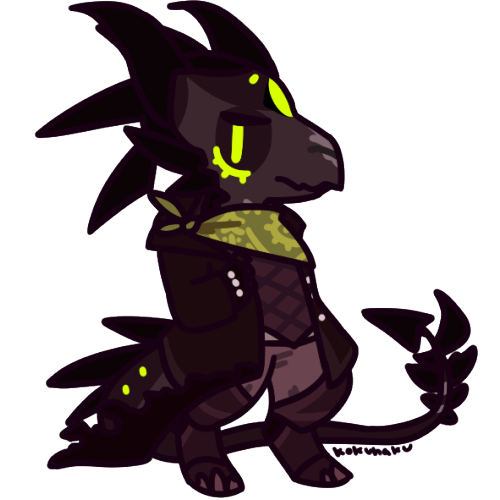 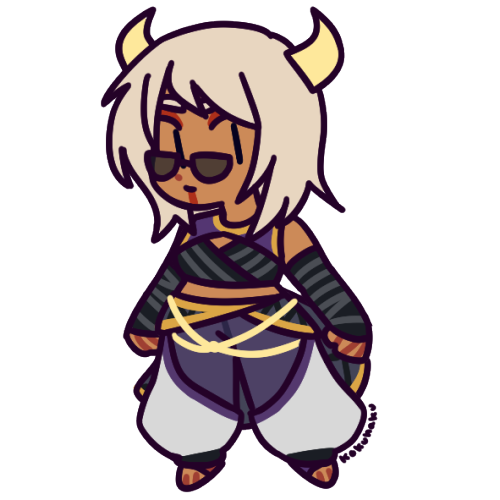 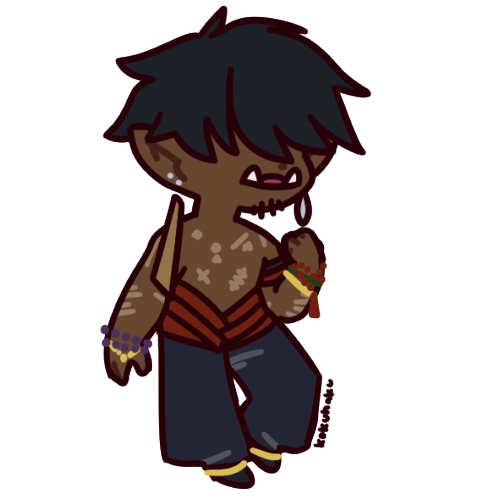 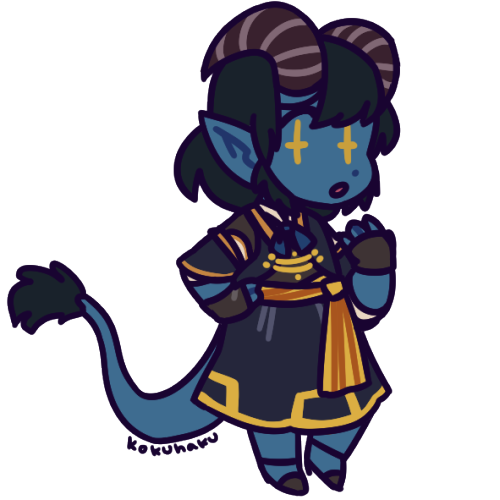 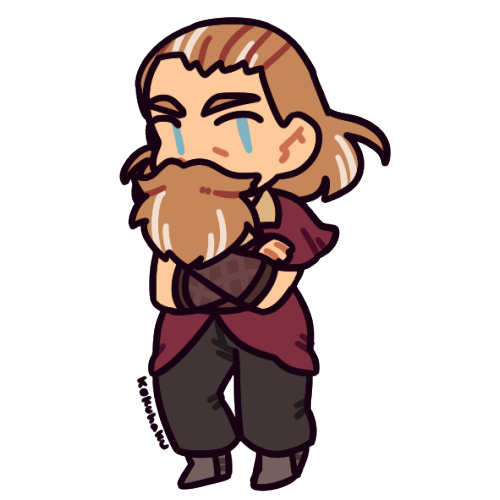 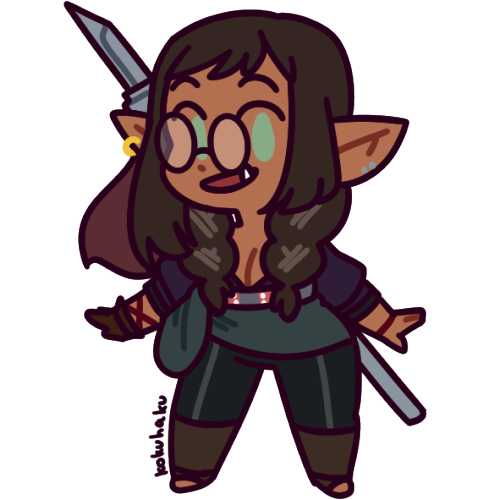 2. My dnd character Ophelia Grey and her goat, Fredward. (Requested on instagram)

3. A friend of mine and Timothee Chalamet. (Requested on instagram)

A reasonably quick doodle of a Dwarf Rogue face that’s the quest-giver for an upcoming 5e oneshot. His name is Ulrich Rustbeard. He used to be the one doing the heisting, but he started to appreciate the planning portion over the actual heisting. He mostly does recon and gardening nowadays. The guild still needs their exotic poisonous plants after all. 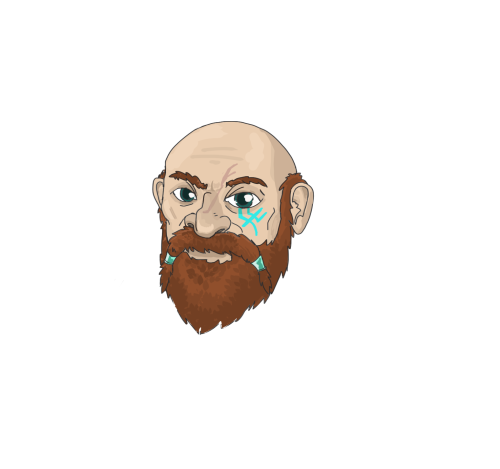 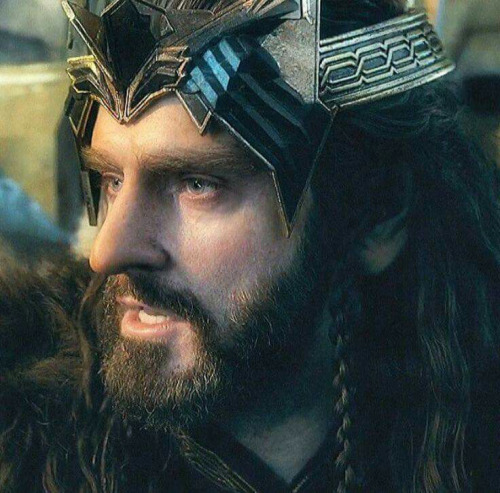 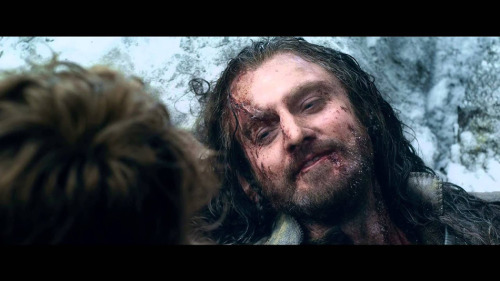 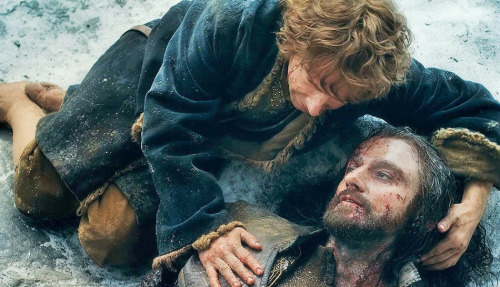 I’m still not over the fact, that in Spellforce 3 Soul Harvest, when you create a character, the “jewelry” button will go through different beards for dwarven men and women and actual jewelry (like tiaras) for dark elven men and women.
I mean, I love it, but it made me laugh as well xD

Few dwarves from over 300 of such small art figurines / cast-sculptures + many other similar kind artworks, like animals, etc, which you can find acros the city Wroclaw in Poland. The dwarves usually are placed in most visited tourist areas, though it is not the main rule - they are usually placed near businesses, which funded them and can keep an eye on them. The largest group of dwarves = an orchestra, is near Music Forum, but generally you can meet them from street / floor level to just  few metres above ground, like city lamps. So - just watch carefully everywhere if you plan to visit Wrocław and take few pictures of the dwarves. There are special maps available in tourist information offices, which are helping tourists to locate the dwarves, so the hunting with a map for dwarves is a very common view in Wrocław, especially if you see parents with kids or groups of children on a school excursion. Some of the dwarves could be of green colour (if old and not cleaned), some could be of yellowish-gold colour = if purposely touched by the people during a reason or belief, what polishes them, others can be of brown-dark color if they are new. 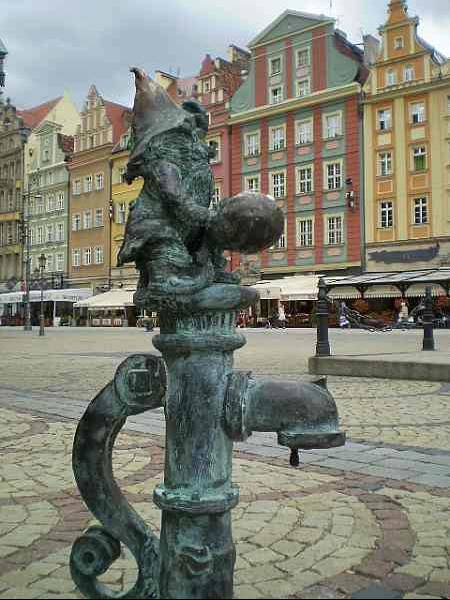 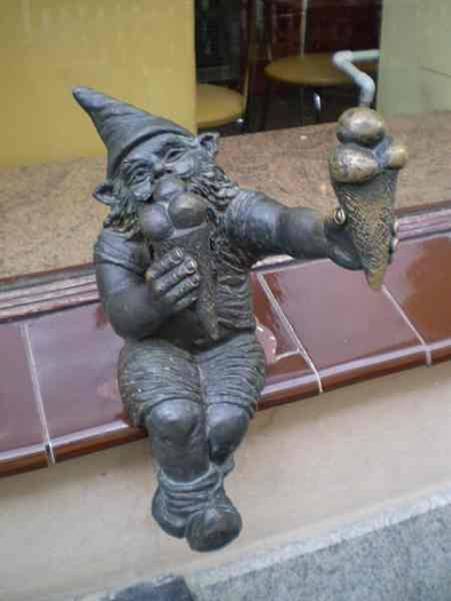 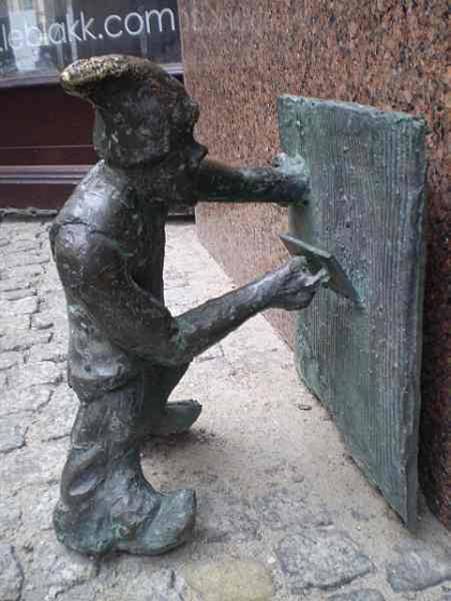 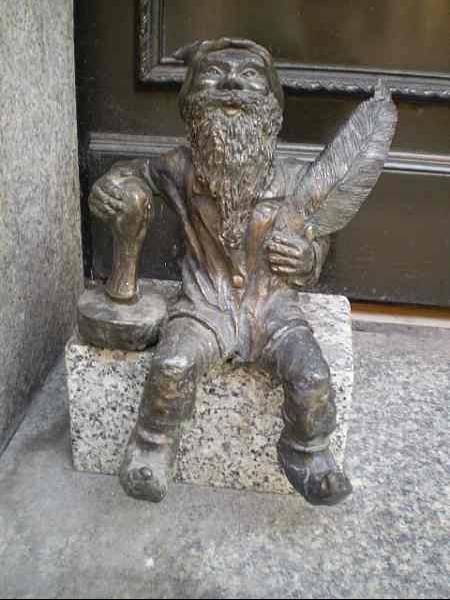 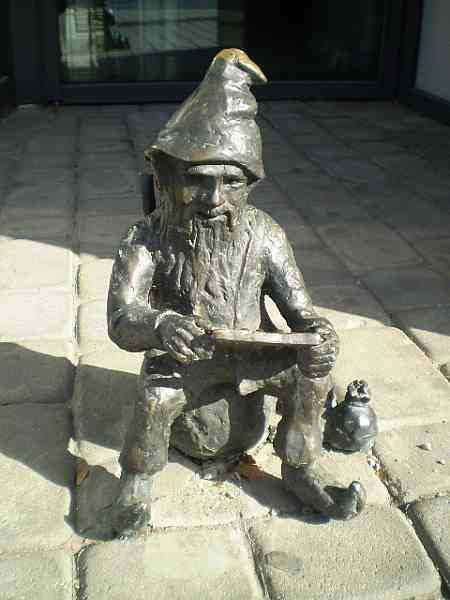 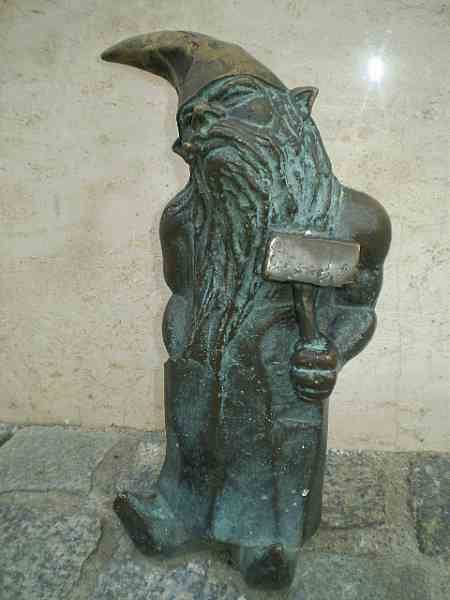 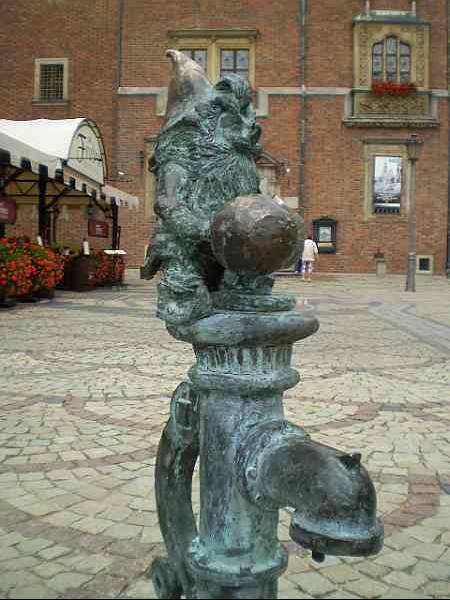 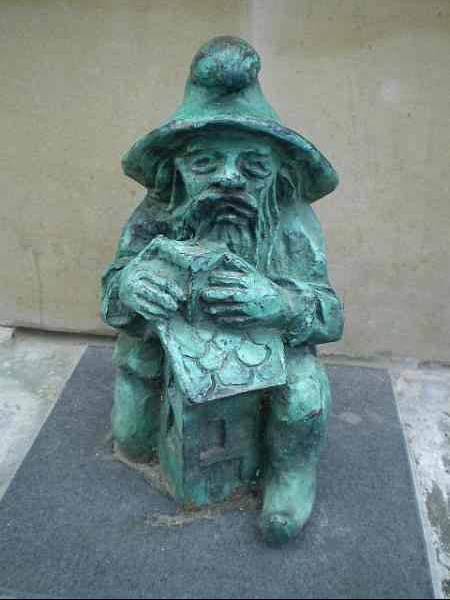 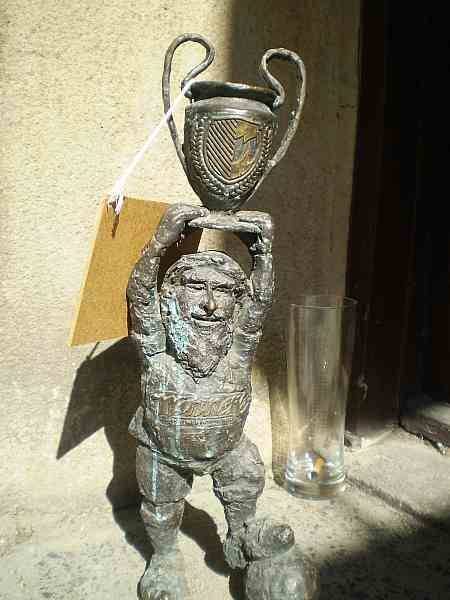 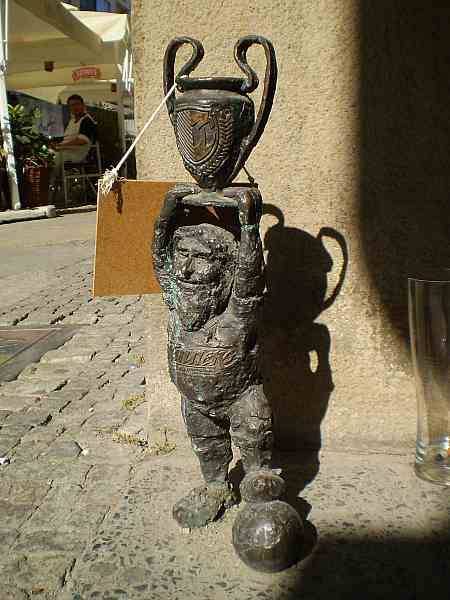 The world is a mess right now. Just wanted share a little happiness of a happy giggling Fíli. Love our lion prince! 🦁💛

god my favorite elf/dwarf trope is cultural misunderstandings re: courting rituals? like a dwarf braiding their elf lover’s hair and freaking out internally because oh my god they don’t know i’m basically claiming that we’re together ahhhh or an elf having sex with their dwarf lover and freaking out because oh nooo they don’t know how serious this is ahhhhh (and this works with things other than braids and sex, those are just the two most common ones i see)

bonus points if the other person has heard rumors of that practice, like because the dwarf doesn’t mention anything significant about their new braids they assume it’s not an accurate rumor - until another dwarf points it out and they’re like ohHHH SHIT I WAS RIGHT, why didn’t they TELL me???

and even BETTER: the other person does know what it means but is too anxious to bring it up, like because the elf doesn’t say that having sex basically means you’re engaged/married/whatever version of the trope you want to go with, the dwarf is like well i guess i’m married now and starts acting like it, which freaks the elf out because they’re like i didn’t tell them we’re married?? are they mocking me?? are they coming on to me?? what’s going on??

- OR they assume they DO know what it means and are upset when the other person DOESN”T act like they’re already married…!!! and everyone gets their feelings hurt until they inevitably talk about it and clear everything up

and OF COURSE it has to be reciprocal, like the elf does their cultural thing and the dwarf then does theirs, and then when the issue finally gets confronted they both confess how much they care about each other and how they’ve already acted on it, and then they KISS and are HAPPY

#tropes, #fantasy, #elf, #dwarf, #gigolas, #bc lbr that's where i see this most often, #and to a lesser degree in, #kiliel, #tefain nin, #i am SUCH a sucker for this dfhdkjsh
133 notes · See All
purelyginaText

A map of Erda for my Orc King story, I thought it would be helpful to have something to reference when I was writing so I had a better more grounded idea of where everything is in relation to the other.

It’s not finished, I still have to name some of the rivers and lakes, but I’m excited to talk about my thought process when diving into races/kingdoms!

Anyway I’m super proud because I suck at maps and junk but it was alot easier with a cartography brush pack I got on gumroad here!

Ain’t no virus gonna stop me from working on commissions! 💖✨ 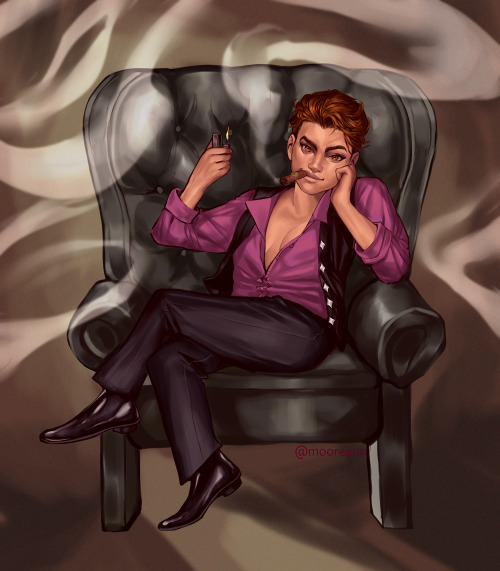 “Don’t you feel like less of a woman?” What does that mean? I can’t physically carry children in my body (and wouldn’t really want to either) but I’ve had girls and guys come up to me and say “can you…you know?” And usually I’m confused. Cause it’s like, what does “you know” mean. Usually it means can I have sex. Disabled people are seen as inherently sexless beings, so even if we could have kids, we wouldn’t have the sex to have them. But it’s like, I’m just nineteen, I don’t even know if I want kids yet. Just because my body can’t produce them doesn’t mean I can’t adopt? It’s like there are so many things I can do besides birth my own kids. I’m not less of a woman for not being able to either.

And the battlemap version of the dwarven city landscape I posted before. It’s a 20x35 map, with a platform with the city’s symbol on the left and the stairs for the entrance in the right. It’s a pretty big map considering it’s just an entrance. Maybe one could find some guards trying to protect the entrance, or maybe the group will need to protect it from something else. Who knows? 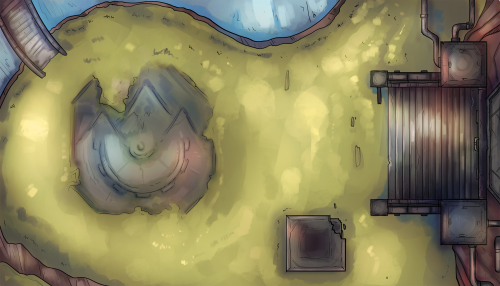 The views of Dhum Urnam, a dwarven city. It was known for working as a giantic machine, with every little bit working all together, and every citizen having their own place on these workings. It had achieved a level of progress other nations could only ever dream of, but it all came to an end when a much bigger nation disrupted said order by attacking the food suppliers. Now, the city has served as a hideout for the rebels who oppose the bigger nation, with one of the dwarves that originally lived in here as their leader

A speedpaint (2h?) of a location in my Dungeons and Dragons campaign. They finally arrived here last session. I wasn’t planning on actually doing a picture of this, but my sketching got out of hand and- Well, landscape!

I have a map version for this one, which I may post in a bit 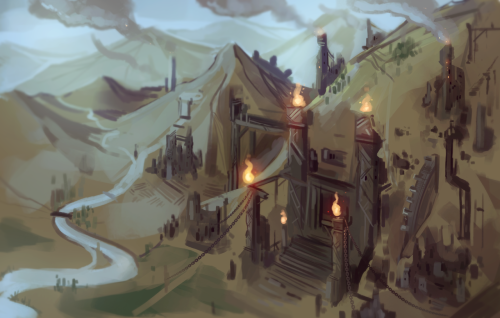 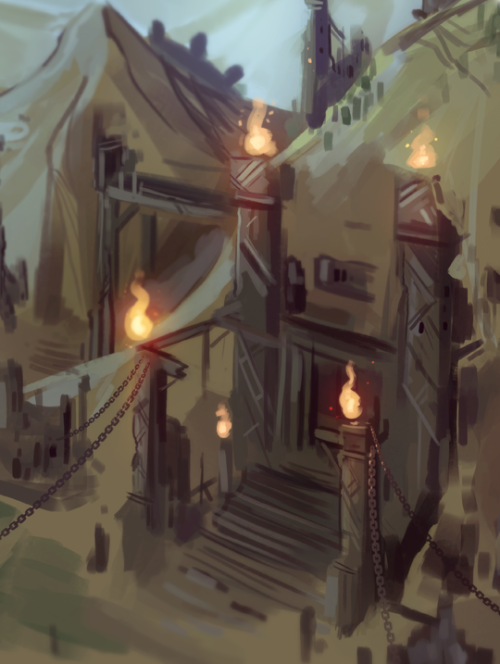 🌻lord of the rings

Thanks a bunch! ☺️ 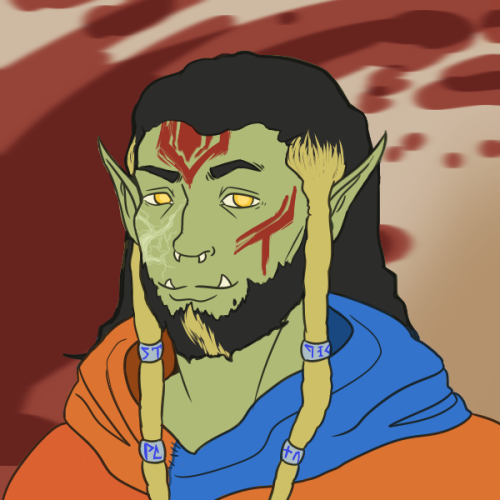 anyone remember dwarf ao? lol. He’s half of his own character now but I haven’t come up with a name yet. 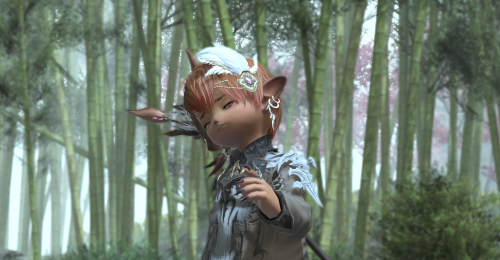