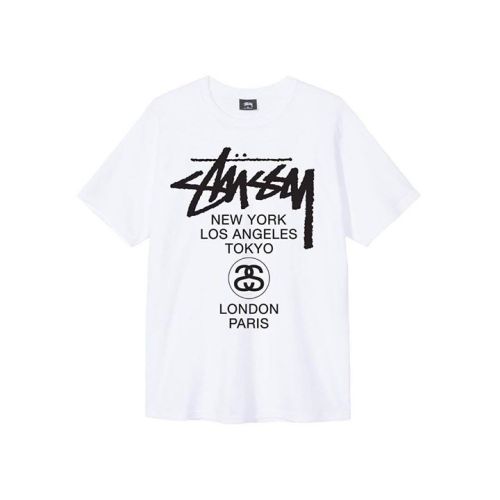 Sometimes I make things. Including everything in this birthday gift basket. Bath salts, crocheted cotton wash cloth, roll on perfume, beaded necklace with Olivine jade and brown nylon cord, black currant and lemon scented candle, calendula face oil with flowers from my garden, peanut butter cookies and then cards and decor courtesy of my kids. 💚 I also used a basket to try and avoid waste as much as possible. 😍 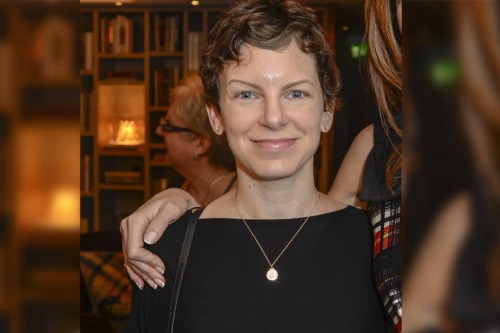 Hey! I just thought of an environmental tip that I can’t recall seeing anywhere. I tend to refill those plastic soap dispensers with the big refill bottles, but I just saw this non-soap brand one that has a metal pump, and it looks like it could last a lot longer and look a lot nicer than those small, plastic ones. I want to buy one of those, and just refill that one.

Own your glow with @ecocobeauty Unicorn Glitter Styling Gel ✨🦄✨ These eco living and green living tips from Sara Bronfman are a great introduction into how to live a sustainable lifestyle. 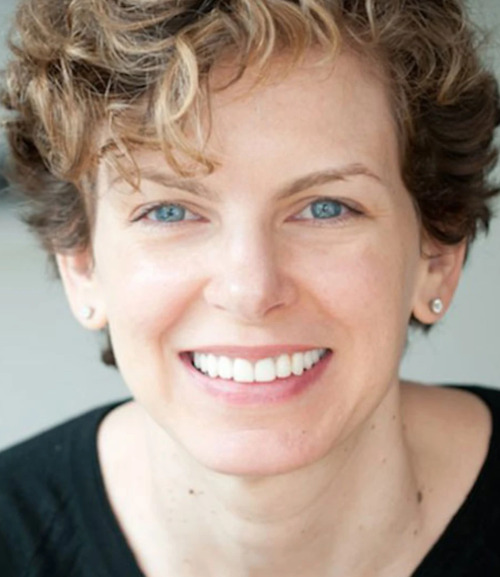 How do I know my plant needs water?? Easy. Stick your whole finger in the soil hahaha

soil NOT on finger = needs water

You can’t tell if your plant needs water by just looking at the soil, feel the soil. The top part of the soil might be dry but the bottom part might still have water.

Working on some more reusable water balloons today! These things are perfect for summer, and can be used for years to come. The colours are also absolutely gorgeous!

Shipping out an order for a new arrival today! A beautiful baby blanket for the little one, and some reusable water balloons for his siblings.

This future cube is like a game of Russian Roulette! 🥴

Nat was after a room spray centred around sandalwood. I always like contrasting woods with citrus, and added a small amount of palo santo to highlight the pungency of sandalwood. I feel like “pungency” is the only appropriate descriptor - both woods possess a quality less commonly found in other woods - a combination of mildly sweet, indolic notes and a slight, almost petrol-like pungency (in a good way). It’s been satisfying creating more room sprays lately - scenting peoples’ living spaces at a time when we’re spending a significant amount of time housebound.

Currently building an apartment in Evergreen Harbor for a family consisting of eight sims. This bedroom is for three boys interested in sports, science and music! 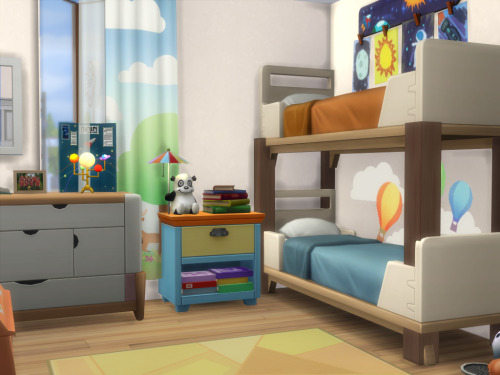 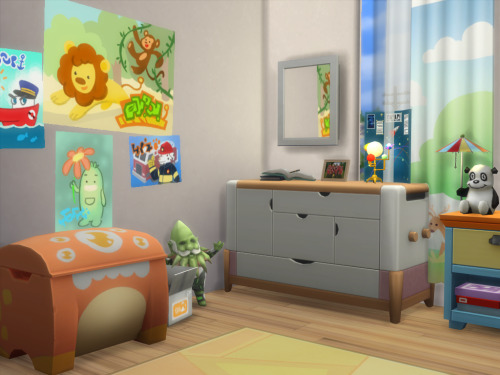 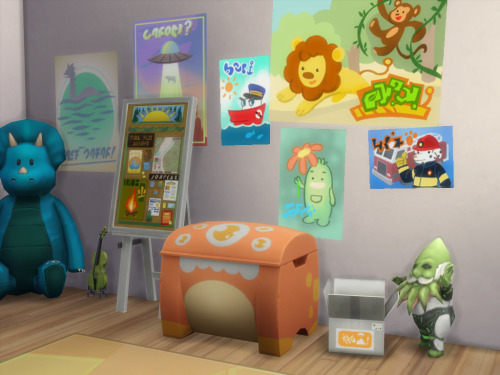 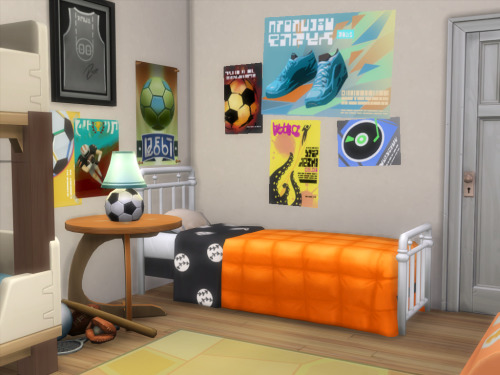 My outfit is all secondhand!

🌿 Hat is my boyfriend’s old hat that he didn’t want anymore,

🌿 Shirt was my friend’s that she didn’t want anymore,

HEY YALL!! I’m here to help you be more eco-friendly with small tips and tricks. I’m going to post tips, videos, posters, environment related facts, current events, and more!! Stick around and grab a drink, plop that reusable straw in there and let’s get started.

Do not feel bad if you create waste, it’s humanly impossible to not create waste. Everyone has a different environment and lifestyle, do what you can.

candle from thepomegranategirl on etsy 🖤 i just started this lil business, and i’d really appreciate any kind of support 🥺 tysm!

You can be an ecofriendly warrior and understand that veganism will not realistically work whilst under capitalism.

You can care and protest for animal rights whilst still understanding that if it wasn’t for animal testing, we wouldn’t have advanced so far in science.

You can live a zero waste lifestyle whilst still understanding that there are people out there who need to use things like plastic straws and sanitary products.

You can detest capatalism whilst still understanding that there are people out there who want to work 9-5 and/or want to buy new stuff.

NAPLES, Italy — Italian authorities arrested the boss of a company in the southern city of Naples that employed dozens of undocumented workers allegedly making leather goods for some of Europe’s best-known luxury groups.

Vincenzo Capezzuto, head of Moreno Srl was placed under house arrest on charges of illegal employment and abduction, his lawyer, Rosario Pagliuca said.

Industry and investigative sources said the workshop in Melito, a suburb north of Naples with a large immigrant population, made shoes and bags for groups including Armani, Kering's Saint Laurent and LVMH’s Fendi, whose products can sell for thousands of euros.

None of the companies confirmed any connection with Moreno and Saint Laurent denied any relationship.

Worldwide the luxury goods industry is estimated to be worth some €276 billion ($305.86 billion) in 2019, according to consultants Bain & Co and Fondazione Altagamma, the Italian luxury goods manufacturers’ industry foundation.

However, the case highlighted the murky world of sweatshop labour and fly-by-night subcontractors that lies behind many areas of the industry, which draws heavily on the cachet of the “Made in Italy” brand.

In a statement, Armani said Moreno was not one of its direct suppliers or authorised subcontractors. Fendi declined to comment.

As police searched Morena’s premises, some 50 workers, including a pregnant woman and two teenagers were hiding in a storeroom among rolls of leather and piles of shoes and bags before being found and brought out.

Pagliuca defended his client, saying small suppliers were integral to the industry and were often underpaid by the big fashion houses.

“The manufacturing district around Melito is seen as China, where production is decentralised from European industry due to low costs and poor workers’ rights,” he told Reuters.

He also denied workers had been abducted, saying they had agreed to hide to stop the company being shut down. He said they would all be put on regular contracts.

Most large fashion groups have teams of inspectors to ensure contractors respect labour and health and safety rules.

“But the production chain at times is too long. It happens that the original suppliers subcontract to other companies, without the brands knowing,” a person working in the luxury industry told Reuters on condition of anonymity.

Saint Laurent, controlled by French luxury group Kering, said it had no relationship with Moreno. “We are currently investigating the matter,” it said.

Well let’s hope Kering isn’t involved in more sweatshops, but it wouldn’t be surprising if they are since this article is just about one of the brands Kering houses.

Thoughts on Watson coming on board a company that utilized a sweatshop until being caught for undocumented workers in 2019?

TIPS ON BEING ECO-CONSCIOUS AT RESTAURANTS:

I serve/bartend at a corporate restaurant, and in the midst of COVID-19 we have (understandably) increased our paper/plastic waste in order to keep ourselves and our guests safe. I’ve seen many people, before and during this pandemic, try to be eco-conscious as they eat out, but sanitation rules limit us as servers/bartenders in what we can reuse.

As a guest, here are a few little things you can do to help reduce waste:

MENUS: Many restaurants have switched to single use paper menus. Share a menu with your friends to reduce paper waste, but be sure to let the host know you only need 1-2 menus! Otherwise they will give you enough for everyone.

STRAWS: If you don’t need a straw, tell your server when they TAKE YOUR DRINK ORDER. This is important. Once the straw (or anything for that matter) touches the table, it is considered dirty and cannot be reused. 9 times out of 10 we won’t ask if you need a straw, we will simply bring you one - a habit that needs to change, but likely won’t in the foreseeable future.

TO-GO: When you need a box or containers to take your food home, try to be as specific as possible. Oftentimes we will bring more plastic/styrofoam boxes & sauce containers than you need ‘just to be safe’ (I am extremely guilty of this) only for them to be thrown away.

PAYMENT: If you’re using a card and the restaurant has a tabletop device, pay from there. If you’re using cash, try to pay with exact change (including tip! You bastards). Because of new COVID-19 regulations, we change our gloves or use some form of plastic barrier when we run your card or give you change.

In order for restaurants to become more eco-friendly we all need to work together. There are many bad habits we as restaurant workers need to break, but in the meantime we need your help, too.

And please, for the love of all that is good in this world, tip your servers. Tip them FAT. We are risking our health out here to feed you. Don’t come in if you’re sick, our masks only protect you, not us. ]

#eco friendly, #eco conscious, #restaurants, #idk what to tag this as really?, #my post, #not a 100% fix of course but every little bit helps
1 notes · See All
Next Page