Venom gets Eddie to work 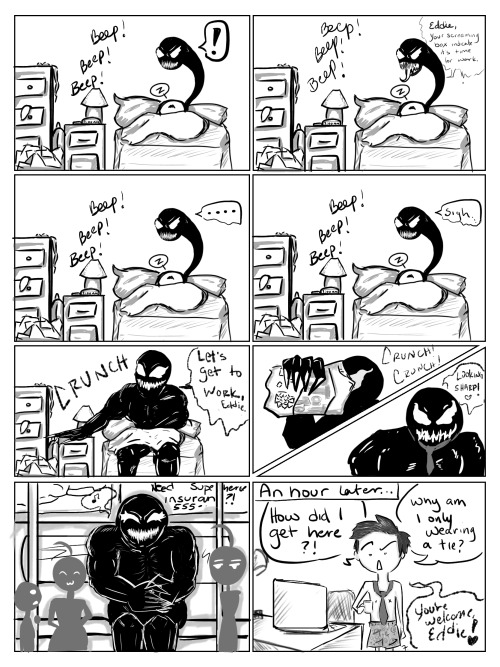 #ARTYART, #symbrock, #Monster fuckery, #it's my brand now, #Venom, #Eddie Brock, #This is actually really helpful, #Think about it, #You can sleep in and your boyfriend gets you to work like a pro, #This is my intro to, #Marvel Comic, #MCU, #that's right MC you should have returned my math notebook when you rejected my ass, #But it's ok I passed the class, #BUT IT WOULD HAVE BEEN EASIER WITH MY NOTES, #IDK what other Venom shenanigans I'm getting into
192 notes · See All
lemuelthelemmyChat
Halloween Party
Dylan: Dad, let's dress up you and me as Kratos and Atreus for Halloween, Sleeper can be Mimir since their names mean the same thing.
Sleeper: I have a better idea.
Normie: Dylan, are you ready for Hallowee... eh?
Dylan: Don't say a single word Osborn.
#dylan brock, #normie osborn, #eddie brock, #sleeper, #garfield, #venom, #cates run
2 notes · See All
onl-youText

𝐏𝐑𝐎𝐌𝐏𝐓.  stay there im coming to get you – for anon

Is there a question fans have been asking the most? If it’s gonna be R-rated…

#tom hardy, #riz ahmed, #venom, #eddie brock, #tomhardyedit, #my edits, #did i gif this bc he gave such a long fancy answer with Big Words to a quite simple question? Yes, #fuCK i love tomhardy, #tho i donut love that he is so FKN hard to understand at times, #:/
111 notes · See All
thegayarsonistText

my favorite thing about the Venom movie is how differently Eddie Brock looks there than he does in the comics. Like Tom Hardy is 5'10 and Comic Eddie is a 6'3 bodybuilder. They don’t even try to make Tom taller. just here’s this small sweaty man who stutters sometimes. Comic Eddie spouts poetry and metaphors and SAT words on a whim. It’s his default style. However…

Both are assholes and we love them

Adjusting to cohabitating in his own body with a bossy, possessive alien would be difficult enough if his life wasn’t a mess, but Eddie’s still trying to get his shit together after the last time everything blew up in his face. And to make matters worse, now there’s some asshole out there killing innocent people in his—their—city.

Written by @griffonfarm, this fic hooked me from the start! It has action and mystery as well as deeper exploration of the bond between two beings that share *everything*. In short it’s an incredible story and I seriously recommend it even though it is currently in progress. Read it at AO3! 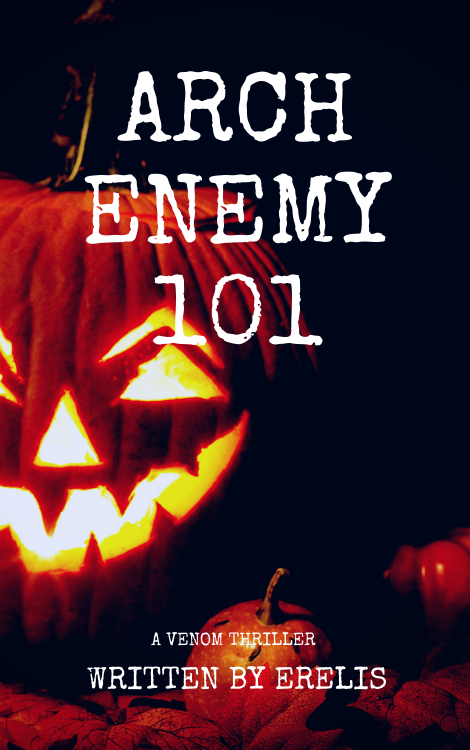 “Knull” means “fuck” in Swedish. As a noun, to be precise. It’s not the verb form, as I’ve seen some incorrectly claim. (Even Swedes who ought to know better.)

You might say “I had a nice knull last night.” However, you wouldn’t say “I’m going to knull this evening.” The verb form has an A in it: ”knulla.”

And now you know! 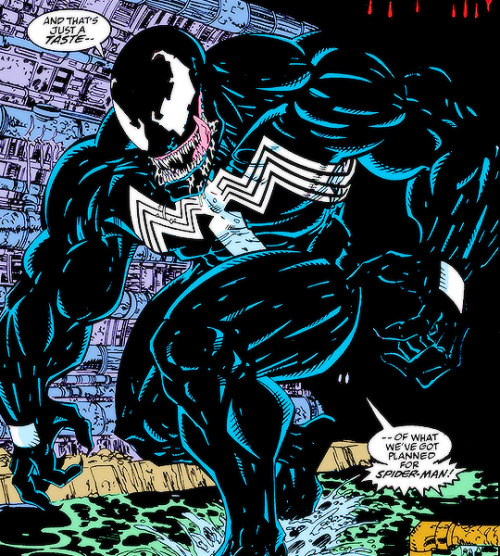 #.txt, #venom symbiote, #eddie brock, #& eddie's like baby the dark oblivion brings out the white of your eye spots 😍
3 notes · See All
reallytenaciousphantomText

There is so much more, but I just wanted to say my piece

I spent way too fucking long trying to draw the Venom symbol. I am not experienced with pixel art.

(Note the tiny wings on the back of Stricklers jacket. Also my character is named Merlin, but he’s not named after That Merlin)

Let me know if you use any of these!!! I would love to see screenshots!

Peter: a-are you going to eat MY BRAIN?

Eddie: WHAT NO OF COURSE NOT! WE WOULD NEVER EAT YOUR BRAIN-

Venom: it would be to light of a meal

ok so this is my first time EVER writing smut, and i’m incandescently proud of myself because i think i did a really good job!! i just posted chapter 5; i hope you guys like it!!

Summary:Fade to black, credits roll. Venom and Eddie are in high spirits; they’ve just eaten a guy whole, rescued Mrs. Chen from extortion, and have realized they can do whatever they want. Well, how are they going to spend the rest of the night? 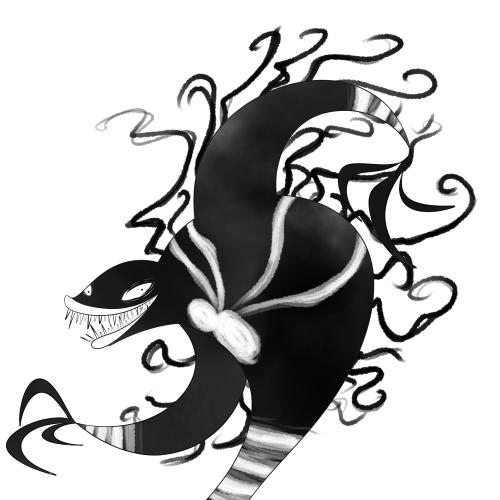 It occurs to me that Maximum Carnage could’ve been a much better story if Spidey had been a parent and if the story had made family it’s central theme.

The Osborns: Harry’s madness and consequent death traumatized his wife and child.

Venom and Carnage: As Mike Costa, Donny Cates and others have pointed out, Brock and his symbiote are functionally a romantic relationship, through that lens Carnage is their child and there is a mutual disdain between them. Appropriately given Brock’s moniker, they are a toxic family dynamic.

Team Carnage: Carnage and Shriek form a twisted couple and act as ‘parents’ to Doppelganger, Carrion and arguably Demogoblin (I guess you could call him an ‘uncle’). Collectively they form a warped parody of the traditional American nuclear family (and likely an attempt to evoke the Manson Family).

Of course Carnage and Shriek can be abusive to one another and Carnage eventually kills Doppelganger.Of course another element in this story was Peter’s parents. Whilst they were later revealed as imposters as originally written in Maximum Carnage they were the bona fide articles.

By making Peter a father and tweaking the role his parents play Spidey becomes a potential reflection of the above three families.

If you emphasized the distance and differing ideologies between his parents and himself he becomes a reflection of Carnage and his relationship with Venom and Brock.

He is already something of a reflection of Normie because like him he lost a father at a young age, whether you are talking about Richard or Ben.

If you made him a father then in being Spidey he runs the risk of subjecting MJ and their child to pain and loss just as Harry did to Liz and Normie. A different kind of pain and loss sure, but pain and loss all the same.

And by being a father the Parker family, whilst far from perfect, stands in opposition to Team Carnage’s perverse parody of the ‘all-American nuclear family’. The tension then coming from Peter’s act of being Spidey to fight Carnage risks tearing his family apart. But the story would obviously demonstrate their family as strong enough to weather the storm.

I’m not saying this would fix all the problems with the story automatically. But I see the seeds of what could’ve been if you removed unnecessary stuff, added in this one element and placed the focus in a different place. 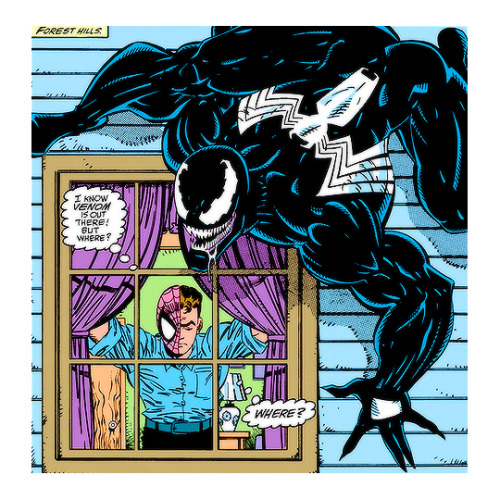