something i find hilarious about the mcu is that in modern times the founders of shield are absolutely worshiped, to the point that jemma simmons freaks out about seeing something that peggy carter once held, and then you watch agent carter and find out that in reality the founders of shield were a gang of rage-filled, PTSD-riddled, disaster-magnet 25-year-olds whose top hits include kidnapping a man using a tranquilizer gun meant for koalas and then convincing him he has malaria, being reticent to help defuse a bomb because he has a souffle in the oven for his wife, literally moving across the country because he mistakenly thought his crush didn’t like him back, attempting to blackmail his only friend with information that wasn’t even true, and nearly accidentally committing mass genocide on the people of new york city because he couldn’t keep it in his pants

edwin jarvis is one of my all-time fav characters. this includes a few references to my day 3 fic for the ‘held at gunpoint’ prompt!

Set not long after Ultron’s first attack in Age Of Ultron.

That was a fact that the other Avengers seemed to brush over. They told Tony to get over it, he was just an AI, and though they were all upset that he was gone it was nothing to have such a dramatic reaction over. But they didn’t understand.

JARVIS was more than ‘just an AI’. JARVIS was the creation he was proudest of. JARVIS was the one who was always with him at his highs and lows. JARVIS was his assistant when he worked, and was always there to offer a sassy remark whenever Tony needed it (and often when he didn’t, too). JARVIS never judged him or his choices, but still kept him to stay healthy and stopped him from making some very stupid decisions. JARVIS showed concern, something even Tony didn’t think was possible, because he was learning and he was more than an AI.

And JARVIS was the last connection he had to Jarvis. Edwin Jarvis. The very real, very kind human being that was more of a father to Tony than Howard could ever even attempt at being.

#he was a better dad than howard ever was, #and tony doeznt even have him as an AI anymore, #and im just really soft for him ok, #i miss him, #pro tony stark, #i love tony stark, #tony stark has a heart, #tony stark, #edwin jarvis, #jarvis, #iron man, #anti endgame, #anti howard stark, #howard stark is a bad parent, #howard starks A+ parenting, #my heart, #irondad, #iron dad, #tony stark needs a hug, #not from howard, #give him a good jarvis hug, #the hug he would have missed more, #the hug that raised him, #im so done
241 notes · See All
marvel-jackt-loki-buckText

#agent carter reboot pls, #we need answers, #this should not be allowed, #y’all really left us on a cliffhanger like that, #we need a season 3, #I need more jack thompson content, #I need more peggysous content, #pls marvel I beg you, #agent carter, #Peggy carter, #Daniel Sousa, #jack thompson, #Edwin Jarvis, #ana jarvis, #Howard stark, #Whitney frost, #jason wilkes
29 notes · See All
daisyjohnsonquakeChat
Poor Jarvis
Howard: So I went on this fabulous date. I will never forget this woman.
Jarvis: What was her name sir?
Howard: Um, Alyssa, Akela? I don't know.
Jarvis: But it was your best date.
Deke: The date was probably so great that he can't remember it.
Howard: Exactly
Jarvis: 'sighs' now there's two of them.
#edwin jarvis, #howard stark, #deke shaw, #alternate timeline, #aos, #agents of shield
14 notes · See All
keenmarvelloverText

your backup is a lab tech and a butler. if i were you, i’d take all the help i could get.

While stranded, in the past, Peter crosses paths with a familiar face.

Following the final battle, which became the ‘resting’ place of Thanos and his children, the world returned to a somewhat, normal state.

A couple of months passed when it became apparent that followers of Thanos, were on the move again, ready to stop at nothing to avenge him.

They were only small squadrons, of brainless beings, that were usually quite easy to take down.

Peter, after weeks of pleading, with Tony and May, was granted permission to tag along, with the team, to help. It gave him peace of mind, being able to watch over Tony, because at least, together, they could keep one another safe.

They managed to direct the fights, to the abandoned site of Sokovia, to make sure no civilians were caught in the crossfire. 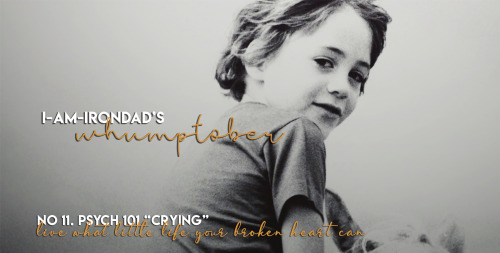 So i finished agent carter and honestly it was pretty good! i enjoyed it..

Overall Peggy’s character was in character, and really enjoyable because she is a badass and very great! I really liked the first season, it had a good over arching story.

I enjoyed the first season a lot more than the second (mostly becasue it ended on a cliffhanger and sense there isnt a third season (i think canceled? i didnt look into it) it just ends with the one guy dying..

The first season starts out with mystery, random roommate Peggy’s semi attached to, a gal from the local laundromat she is also friends with, and then boom Howard is in the picture (also Jarvis!).

The story line with the deadly weapons that got stolen, Dotty, the brainwashing guy who is in hookahs with Dotty and then proof that Doctor Zola is alive!!

Also the howling commandos! they were all absolutely great and I love the way that they all respect Peggy in somewhat the same way Howard did, I also enjoyed how they played off of each other and I would have enjoyed a series of purely them after Steve went into the ice.

I would have enjoyed seeing how each of them mourned the death of their new friend, the missions they got after it and see the inner workings of their brain. They are people just like everyone else and seeing how they met the love(s) of their life, how the others react to the finding of the people the love and so on.

Basically what im saying is, the first season of agent Carter is amazing, the second season was a little rough around the edges but overall great, the fact that there wasnt another season and it was left on a cliff hanger and that if they ha made a season or two on the Howling commandos i would eat that shit up SO fast

#the howling commandos, #Captin America, #Steve Rogers, #steve grant rogers, #agent carter, #peggy carter, #marvel, #marvel cinematic universe, #MCU, #edwin jarvis, #Dottie Underwood, #honestly dottie and howard are my favorite, #Daniel Sousa, #is a close second but his character arc through the second season is meh, #at best.. I really liked the howling commandos if saying that the first two times didnt get that across..., #I guess I like them because they have insight on what Steve was actually like, #there is alot more i want to add but now im gon go off on a tangent about steve, #SO- he was dehumanized by everyone, #whether it was on purpose like with the hydra agents that had infiltrated SHEILD, #or on accident like with tony- bruce- everyone else, #seeing as hydra was apart of SHIELD from the very beginning Im going to have to assume that they had a very VERY strong grasp on the group, #and sense these dudes who were actually trying to do good (within SHEILD) they would have prolly had him in therapy, #he's lost everything he loved and everyone he loved, #and its all blank now, #so obviously he is gonna be fucked over by it and sense hydra is there they would prolly want him to be down and stay down, #so dehumanization by calling him cap instead of steve, #along with keeping him away from the outside world and wanting to go out there, #they probably told him that its dangerous or somthing, #that would keep any sane (or sane-ish) person from doing something, #especially with having just lost so much it would make sense to want to trust what soemone says in that situation
1 notes · See All
likea-black-widow-babyChat
Jarvis: Maybe it's not the worst thing in the world to feel... things.
Peggy: I guess not. It's up there.
Jarvis: Thank you for acknowledging my feelings.
Peggy: Thank you for acknowledging mine.
Jarvis, sobbing: We're both great at this.
#marvel, #marvel women, #marvel ladies, #marvel memes, #mcu, #mcu women, #mcu ladies, #mcu memes, #marvel incorrect quotes, #mcu incorrect quotes, #agent carter, #agent carter abc, #peggy carter, #hayley atwell, #jarvis, #edwin jarvis, #james d’arcy, #brooklyn nine nine, #brooklyn nine-nine, #brooklyn nine nine meme
72 notes · See All
marvel-jackt-loki-buckText

ESPECIALLY with all the marvel shows set to come out

HOW DID THEY JUST END THE SHOW LIKE THAT

I have SO MANY QUESTIONS

WHO STOLE THE FILES AND SHOT MY HUSBAND JACK ?????

DID PEGGY GO BACK TO NEW YORK ??

WHY DIDNT SHE MARRY SOUSA ???

anyways I would like to sue marvel for emotional damage after leaving us on a CLIFF HANGER like that.

#WHAT THE HELL, #jack thompson deserved better, #MARVEL HOW COULD YOU, #I’m so mad, #how could you hurt my baby jack I am suing, #WHAT HAPPENED WITH PEGGY AND SOUSA, #YALL RLY ENDED IT RIGHT WHEN THEY GOT TOGETHER, #I NEED MORE PEGGY AND SOUSA CONTENT, #WHAT HAPPENED TO JACK, #I’m filing a complaint, #PLEASE REBOOT FOR SEASON 3, #I NEED A SEASON 3, #I NEED TO KNOW WHAT HAPPENED, #PLEASE, #agent Carter, #Peggy Carter, #Daniel Sousa, #jack thompson, #Edwin Jarvis, #Howard stark, #marvel, #WHAT THE HELL MARVEL, #dark matter, #ssr, #shield, #agents of shield, #leviathan, #avengers
16 notes · See All
galaxywalker63Text

Rowan gives the same vibes as Jarvis from Agent Carter

i just saw a comment that said morgan will name her AI happy since tony named his jarvis, and now i’m crying

People always think of Jarvis as being a father figure to Tony because Howard wasn’t really there for them… but has anyone ever thought about the fact that Tony was also like a son to Jarvis, who couldn’t have his own children because Ana was infertile? My heart-