Murd Blurdock! The best defense attorney in this or any other system! 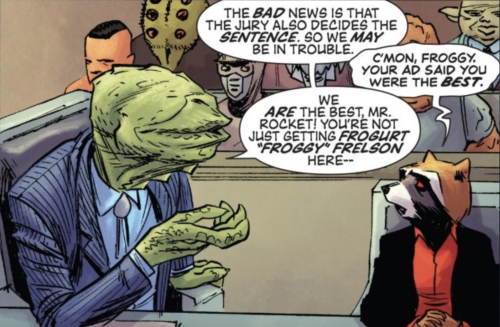 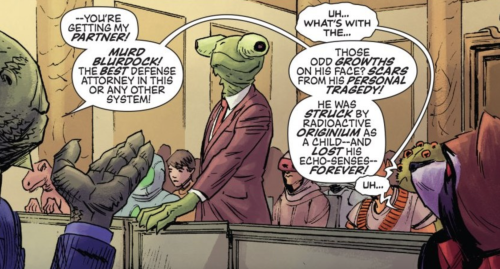 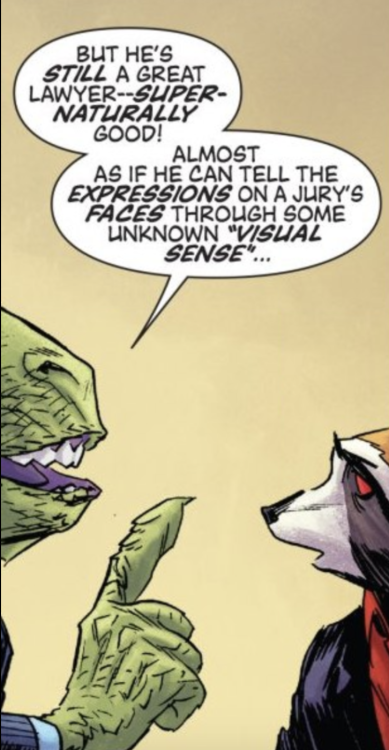 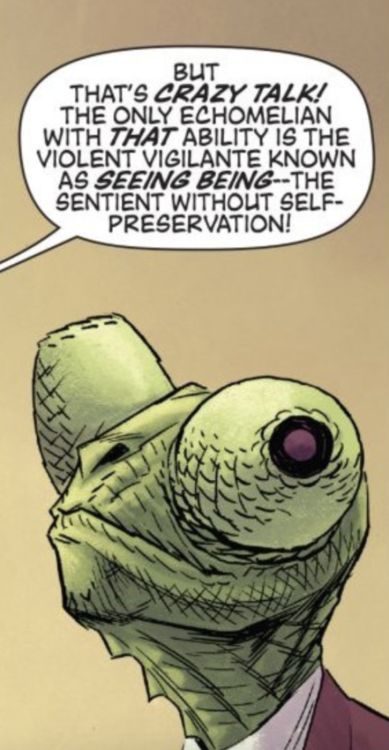 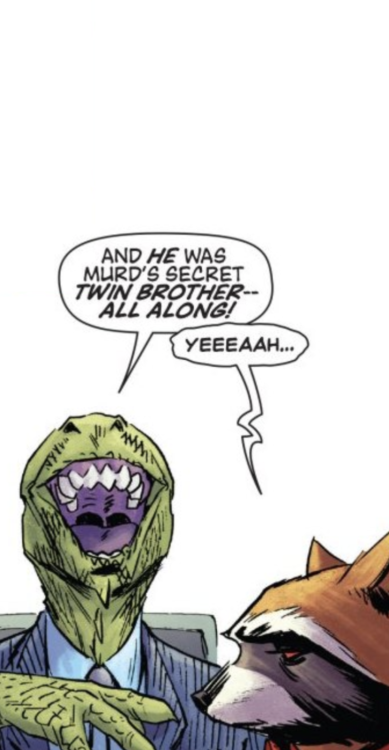 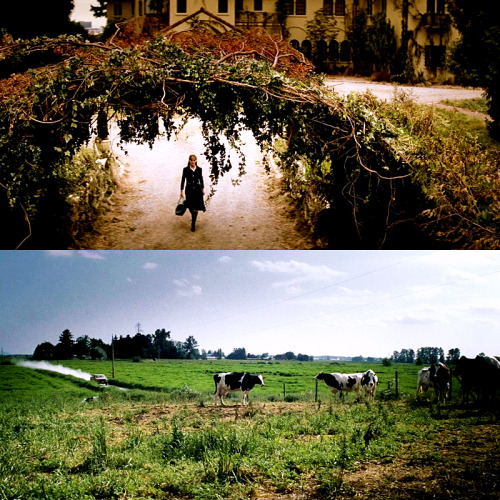 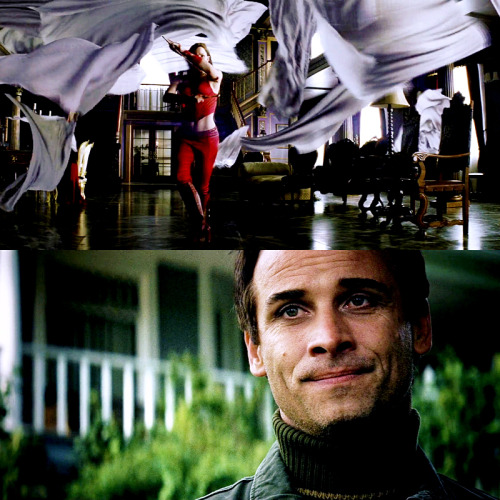 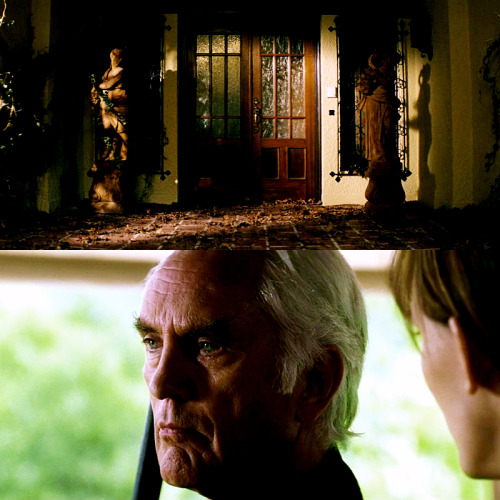 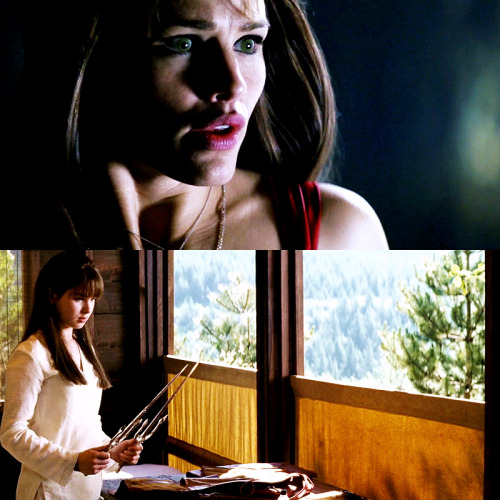 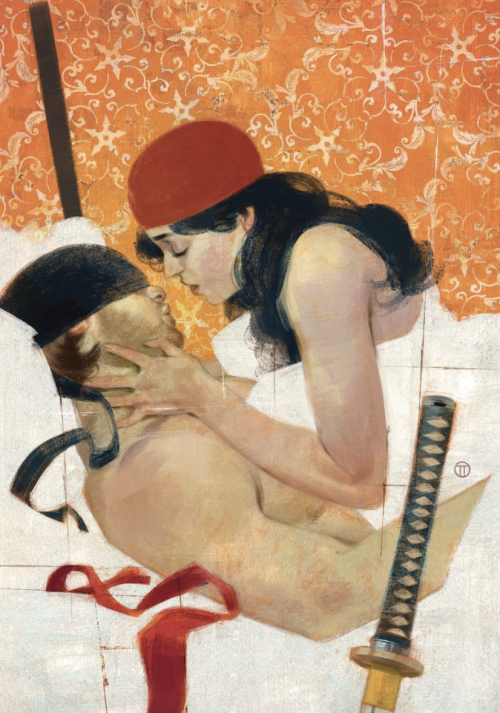 (assuming always the Netflix!version of Elektra played by Elodie Yung)

Hmmm.  I mean…other than her Aesthetic, which I envy and deeply desire for myself???

…I know that in a lot of context that I can’t properly brains about right now this is probably very messed up, but…I love how vulnerable she is.  I love that she is not constantly IN pain, but that she HAS pain and that it interacts with and informs her as a character in conjunction with me, the viewer who is watching her on a screen and loving her.  I CAN EXPLAIN!

Elektra Natchios is a girl who was brought up in an environment that simultaneously expected Big Things out of her but never invested any of the necessary care and love to nurture those things.  And then she was given away to a family that presumably gave her the outer shell we see when she met Matt - upper class Daughter of Money jet setter who knows enough about the rules of High Society to step delicately and deliberately over them in stiletto heels.  Elektra is a woman who, for most if not all of her life, was either lied to or treated as though someone else’s perception of her was the truth.  She was deliberately taught to be a spy and an assassin, but also that she is somehow “inherently wrong” for…growing into the abusive mold given to her?

And NONE of that was adequately unpacked or given enough time - which sadly has grown to be typical of Marvel projects (and I say this as someone who has multiple hundreds of pages of MCU tags).  None of what I love about Elektra excuses any of the Doylist problems with her character. BE ANGRY ABOUT IT.  There’s a lotta layers of racism and misogyny intertwined here.

But SOMEHOW Elektra  maneuvered her way through an IMPOSSIBLE series of circumstances to become the person she is - ridiculously competent, beautiful, elegant in a very specific way, the classic femme fatale but so incredibly stubborn and smart and self-determined to the point of desperation because what else? What else is there, when even the abusive systems that raised you will not recognize you?  When the man you love seems to always have one foot out the door and the entire world wants to USE you?  And that is Elektra and yes *claps hands politely*.  Strong Female Character.  Representation.

Now don’t get me wrong.  Elektra being a sai-wielding master assassin in black and red is very important to me.  I am a FAN OF VIOLENT GENRE FICTION FOR A REASON.  Elektra deserves strength and fire and freedom in all of the ways she’s been trained to fight for it.  And if not?  To steal it in the dead of night with knives and teeth because the world won’t give it to her otherwise.

But what I love about Elektra is how she tells Matt “no sex” in the diner, and it’s meant to be for laughs because Matt is still so obviously hostile to her but really she MEANS i and is saying it for the protection of HER OWN HEART.  I love the way she almost cried when she holds up a sword and says “That’s why they hated me!  That’s why everyone eventually does!”  I love the smile she gets when Matt finally promises that where she runs, he runs.

I love how young and vulnerable she looks when she’s wearing Matt’s cheap white button-up and telling Stick that Matthew believes she can be good, that she’s not a child, that she’s capable of being more than his soldier.  I LOVE the scene in the Defenders, when she’s wearing that long black coat like wings lined in blood, and she breaks into Matt’s apartment and curls up in the big soft grey bed without a word.

It HONESTLY breaks my heart, but I love the way her face looks when she is bleeding out and Matt holds her in his arms and says “sweetie, stay with me,” because was that so hard?

Was that so hard?  To love her?  To see her? To hold her and call her sweetheart?  To give her what she wanted?

And YES, this was a whole long text post about how takiki is an angst whore AND loves whump, even the problematique kind, and I have no idea if this is because I’m projecting hard onto Elektra and I want to have my self-worth and insecurity issues be held and loved but also be undeniably a hypercompetent beautiful badass who does in fact know martial arts, OR if it’s because I WANT TO HOLD AND LOVE ELEKTRA NATCHIOS the way she deserves to be loved and held, but THERE IT IS.

It’s just…something SOMETHING something, “the perception of a character who is acknowledged both IN UNIVERSE and BY THE AUDIENCE as a force of nature, and who is in a technical way perfectly aware of their own prowess and competence, but who is nevertheless for Tragic Backstory reasons deeply traumatized and in need of love and reassurance and validation but has NO WAY OR VOCABULARY TO DEMAND these things from other characters except through silent cries for help and heartbreaking expressions of joy when they DO receive the crumbs of affection that they have been longing for their entire lives.

AND ALSO something something the deep frustration and need to take care of these characters better and more in-depth than either other characters OR the writers do, because (1) you are projecting and (2) THEY SO DEEPLY NEED AND DESERVE IT and their pain just hurts so much!!!!  It’s a space in the narrative that needs filling.  I want to take care of her, but I also want to BE her and feel myself get taken care of!!!!! 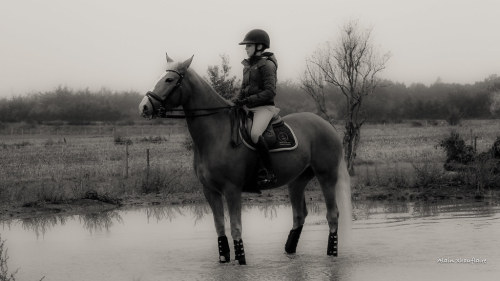 I’d like to think that they’ll meet again some day, a smile playing on her lips, a headscarf billowing in the wind, trapping the tendrils of her hair, locks escaping to flow like flames around her temples. Fiery eyes that crinkle a little on the edges, and that smile that is always more of a smirk, teeth shielded like they are forbidden. She’ll watch Matthew from the sidelines, salt and pepper in his hair, wrinkles that he wears like they were meant to frame the expression on his face. She’ll watch to see the light snuff out the dark, when she saw a flame there will now be a fire, blazing, scorching, burning even the devil to the embers of hell. She’ll relish in the thought that she set him free, from Stick, from the Hand, from the woman she used to be. Matthew will pause, head tilted in the crowd. Maybe her scent, the whisper of the wind in her hair, some piece of her will bristle into Matthew’s consciousness, like the uncomfortable edge of a deja-vu. Her pulse has long been gone, buried somewhere on that roof. Oh, the promises they’d made! How foolish life can be.

Elektra will melt back into the crowd, just as she appeared, a forgotten wish, another face in so many. She’ll let him go, again, despite it all. 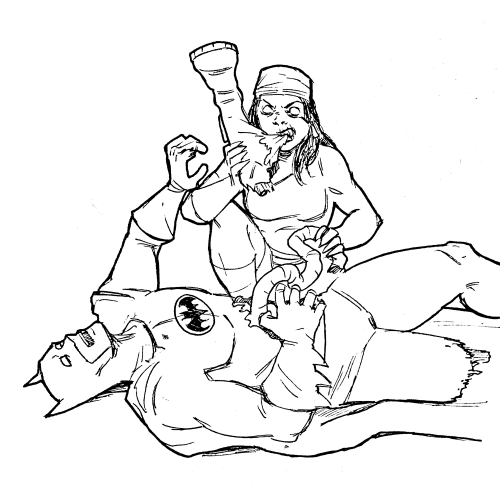 “If I could change the world overnight. There’d be no such thing as goodbye. You’d be standing right where you were. And we’d get the chance we deserve.”

everything everyone has ever said about dying is a lie

You didn’t have a lot of experience with this. You could bandage wounds, clean them, throw a few stitches if you really needed to, but this, this was too big, there was too much blood. You held her wounds, trying to minimize the bleeding, but they were too deep, deeper than anything you’d ever dealt with. You tried not to cry, not to show how scared you were. Her eyes were big, unmoving, looking up at you, to you for what to follow next. They didn’t look scared, it wasn’t the kind of thing she ever showed. Even now, in so much pain, she was your stone, the one to keep you grounded, from spiraling. Elektra layed in your lap, her breathing shallow, labored, her words gurgling in her throat, every word mangled. Help was on the way. You’d called, you could hear the sirens, they would be here soon, she just had to hold on a little longer. Elektra, your Elektra, was so stubborn, she wouldn’t give up so easily.

Okay, quickie Elektra film review. Sooo tbh when I was younger I thought this movie was the worse of the two in the Daredevil series but even though it’s still not great, it’s remarkably better than Daredevil. Mostly it’s because Elektra actually gets clear characterization and development, her story has a purpose (instead of wandering into kingpin’s plot), and she has lore which is interesting to me. Still not the best superhero movie but it’s almost an average one.

i know that i’m late af, but who cares. here it is. thanks everyone for suggestion characters 🙌❤ 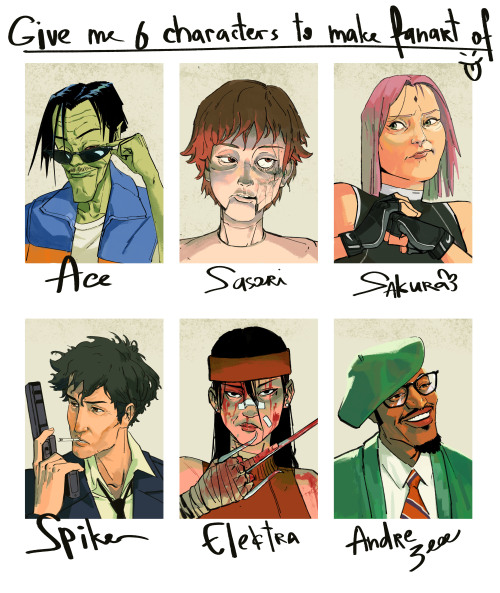 Kiss her under a full moon.. 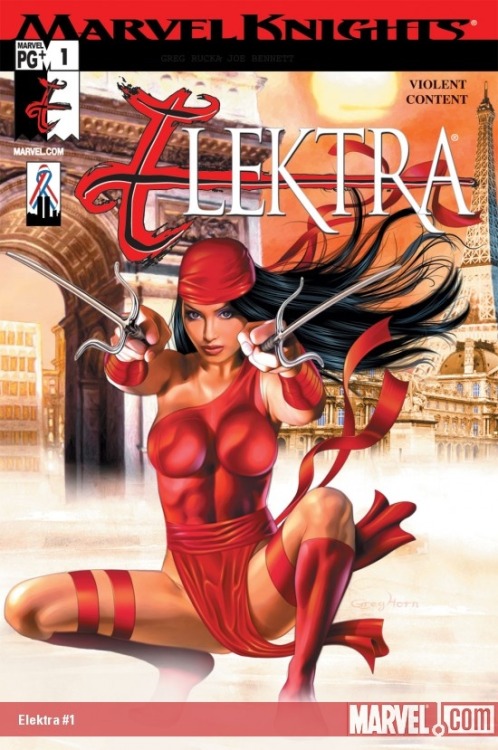 My favorite comic book heroes as a kid were Daredevil, the Punisher, Elektra, Ghosteider and Wolverine. Still are. I used to watch their movies over and over again. I really liked that they were nearly exact opposites to my favorite DC heroes.

The thing about this movie is just that, they made Matt Murdock into Devil Lawyer Batman. I’ll be honest, I like honest humanitarian badass Matt Murdock, aka Netflix Daredevil. Somebody please explain how American citizen pro Bono lawyer Matt Murdock can get that incredibly custom swanky apartment and medicine cabinet full of drugs.Tbh this guy is creepy, so Not charismatic, entitled and as a Catholic there is a lot wrong here (which he varies in how devoted he is but they could’ve done a better job.) Frankly it’s a stupid film, this story is just not as serious as this character deserves. Not just in a cheesy way but as in damn did monkies write this kind of way. I actually really love Colin Farrell and the late great Michael Clarke Duncan in this but Jennifer Garner is just a ?????? Choice. This style of film works better with Wolverine and Punisher (if done right Ghost rider) just because they’ve already gone into “we’re so serious and violent it’s absurd at this point” territory.