You know I love random questions! ^-^

But do I have so many ships already? I don’t think so. xD

*checks list* Okay so I have five ships as of now. So I actually can make a Top 5. But it’s more like… all the five…? xDDD

Favorite male character is, without a question, THE FOX BOY HIMSELF. He’s a good boy. I am weak for them big smiles big heart protagonists. He has BLE (Big Luffy Energy). Also fox boy. Like. Fox boy. *^*

Favorite female character is harder. Sakura is really growing on me now, I really appreciate that she has an… actual arc of character growth because I did not like her at first, she was like all of the anime girl cliches crammed into one character and she was literally virtually completely useless, I mean she literally didn’t do a single thing for the first three arcs. I don’t know if they’re actual arcs, but ya know, the plotlines - the first meeting between them and training with Kakashi, then the whole going over to that other country to protect a dam and then the exam, up to the point of her actually… realizing how useless she has been and taking matters into her own hands and deciding that she needed to become useful. I really love me some character growth and character development and during the exam, she started to have that and is currently in the middle of unfolding that and I am digging it. (Also, as my ship list suggests, I do enjoy her in ships, which… only works if I like a character.)

Favorite character in general goes to the fox boy again though. I mean, the main character doesn’t have to be the fave? But goodness does it make a show so much more enjoyable when the protagonist is just the most lovable one out of the cast and you are like “this one? this one’s mine now”.

I would like to not be one of the last two people on Earth. xDDD

But if then I suppose Tony Stark. He made a fucking robot-suit out of scrap-metal in a cave in Afghanistan; if anyone can make the dystopian post-apocalypse bearable it’s this dude. He can build anything, make anything work.

#Tony Stark, #I love my other boys, #but they're virtually useless in this scenario, #elements1999
10 notes · See All
takaraphoenixAnswer

It doooes. I stumbled over some pretty art when I fell down a discourse hole a couple weeks ago? And I’ve been thinking about it since then. xD

And yes to scheming sisters. *^*

Kiba/Naruto: uuuh guess this needs a new category of “I don’t know enough yet to have an opinion, but I am open to the idea of it”

I like the puppy boy! The two of them had their fight, could be interesting, but I don’t know much about Kiba just yet, so I can’t really tell if this is something I’ll get invested in!

Shikamaru/Kiba: carefully a 3 maybe (I like this ship. It’s a nice side-pairing, but nothing more.)

Carefully because, again, I don’t know much about Kiba. But I suppose this could work as a side-ship level of attachment thing. *tilts head*

No but yes to the Shika/Naru and, well, the rest - see above. Though as a lover of poly ships, especially OT3s, I am definitely open to this idea.

Itachi/Naruto: 4 ( I’m indifferent to this ship. )

Well, I haven’t met Itachi yet. At all. So I have no feelings either way. xD

“Doof”, as I inexplicably assume everyone watching the show knows, is German for “dumb”. Which, is the whole joke. It’s funny, to give the very dumb genius scientist a name containing dumb.

But “shmirtz” isn’t a word, it’s not even pretending to be a word.

And we do not have an “sh” in German. That doesn’t exist. The sound English produces when saying “sh” is written as “sch” in German. So the bare minimum to make the name… fit… would be an accitional “c” there.

And, ideally, there wouldn’t be an “r”. That cluster of “rtz” is just really… hard to descibe, but unpleasant to pronounce and not even close to sounding naturally occuring.

And without that “r” and with that “c”, we would have “Schmitz” - and that is actually a German last name! A very, very popular one - it is literally the name “Smith” but in German, like both literally the translation of Smith as well as equal to Smith in popularity.

The “en” is fine and actually correctly used, because the “en” is a linking element that is used to smooth over the pronunciation when forming words by tacking them onto each other like that. Just “Doofschmitz” would actually not be proper; the “en” softens that word-creation.

This is very nitpicky of me, like obviously this is all a fantasy world and it is only meant to allude to German(y) so it doesn’t need to be a 100% right. It still bothers me aesthetically and linguistically though because that’s just how I am.

(Kind of like how my brain refuses to spell Rumpelstiltskin the way Once Upon a Time does, as Rumplestiltskin, because… while I can accept the dubbed name [though I can’t spell it without looking it up because it follows no rules/doesn’t make sense], what I can not accept is that unnecessary butchering of a wildly used dubbed name that’s been around for centuries. My brain does not like these things much.)

LOL I LOVE IT THAT IS PERFECT.

ALSO Linda has already met Vanessa’s mom too, they were at the same cooking class so it’s like “WAIT you were married to Heinz?” too there. xD

Thank you so much! It’s turned out to be a pretty nice day.

As the story comes to an end, I have a feeling people will get more and more impatient since the conclusion will be so close. I have to admit that I’m ready for the end too lol

Thank you though! It might be an “every other week gets two updates” affair, but I haven’t decided. The anniversary of the first part is coming up though so I’d like to have something special for that

#elements1999
50 notes · See All
sweetsweetsweetieAnswer
I just found your comic and let just say, it's amazing! You've done a wonderful job on it so far! I definitely love it!

#elements1999
29 notes · See All
actually-good-rwbyaus-movedAnswer
Oooo!!! How about an Avengers AU? Instead of the Avengers Initiative, it's the Huntsman Initiative. The "Huntsman" would be made up of RWBYJNPR and Oz would be Fury. They would fight against the forces of Grimm (instead of Hydra). Their semblances would be their powers. Eventually, when new members join, we could add SSSN, Ilia, Penny, etc. It could be so amazing!!! *^*

#au, #good au, #sticking this under, #superhero au, #elements1999
7 notes · See All
actually-good-rwbyaus-movedAnswer
Headcanon that Zwei is actually the God of Light in disguise and came to see how Ozpin was going but accidentally got adopted by Tai and his two YOUNG girls and couldn't get away. Years later, he's come to love the family as his own and protects them because DAMN IT!!! A GOD CAN CHANGE TOO!!! A GOD CAN WANT A FAMILY AND WANT TO BE LOVED AND EVERYTHING!!! Plus, how else do you explain Zwei being so gods damned cute?

the gods suck but this is cute

#au, #good au, #zwei, #elements1999
8 notes · See All
actually-good-rwbyaus-movedAnswer
Have we done a Pokemon AU yet? I forgot. Lol. If not, what's your thoughts on Teams/Typings for Teams RWBY, JNPR, SSSN, STRQ, as well as Ozpin (and/or Oscar), Glynda, and Ironwood. Maybe add in Mercury, Emerald, Winter, and Maria as well? Honestly, I just imagine all RWBY, JNPR, SSSN, Oscar, Emerald, and Mercury being regular up and coming trainers while the rest are gym leaders, elite 4, champion, and other famous people. Of course, we also have Noah's Arc, Prismatic Ponytails, and Bumblebee.

Ah man, IDK a lot about Pokémon! I think all of this sounds pretty cool, though!

It just happened! I made an edit/moodboard, and then suddenly I was vidding it…

For elements1999 Cause he’s helped me out a lot, and I do really appreciate him being my friend.

Or as some have started to call them, Haru~ XD 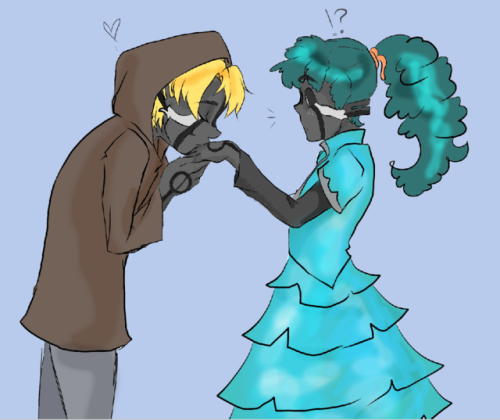