Telgis doodle where they’re trying on new suits or someting 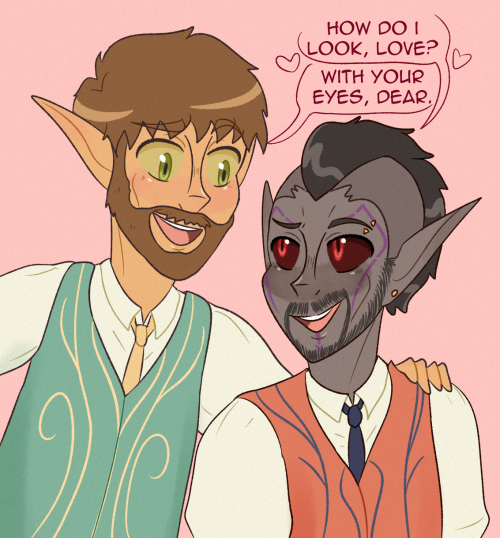 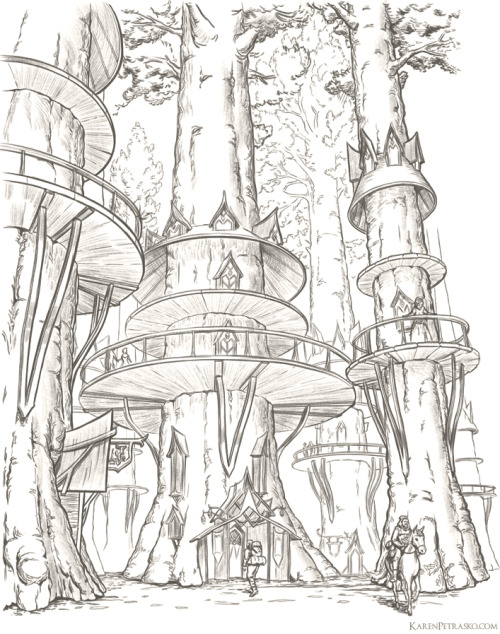 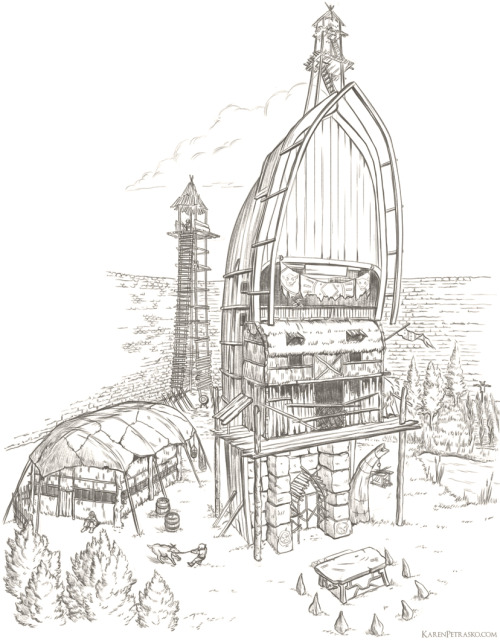 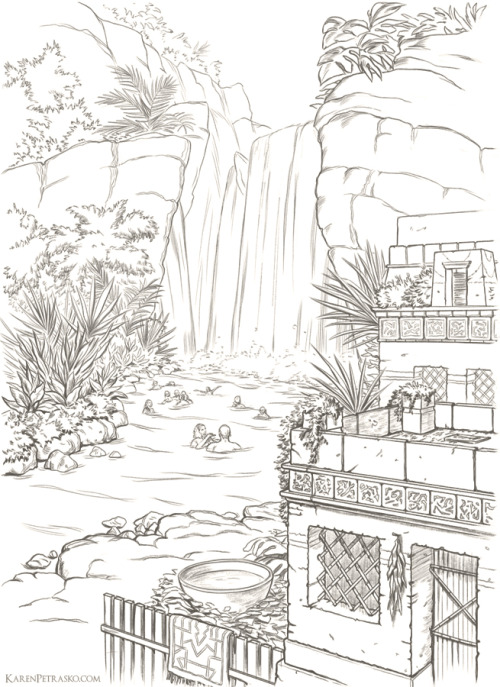 Please read: These are only my headcanons, meaning my ideas and interpretations of what Tolkien’s elves would have worn based on the text, my clothing knowledge, and imagination. I am in no way claiming this is how it should be. Also I own none of the photos used in this post.

Also this is obnoxiously long and wordy, so if you skip to a section that interests you, I won’t judge. I may have went ( A lot ) over bored ¯\_(ツ)_/¯. Also I just want to say thank you so much for all the support I got on the post asking if I should do this, I hope it lives up to everyones expectations.

Okay so in going on this journey of research, I ran into an issue. What culture or cultures to base the clothes off of. My first thought was to have each elven group take ideas from different human cultures. Which makes sense to an extent.

I feel elves would all dress more similar than different across Tolkien’s universe. My reason for this is all the elves started out in the same place (the awakening) and were all exposed to the same things. I believe their clothing would be strongly influenced by the Valar due to Orome’s influence in the beginning and since elves are immortal this influence would not die out as generations go on (I talk about this in the trends section of this post).

If you look in human societies throughout history, they are often unified culturally, despite being far apart, by a religion and I’m applying this to elves. They would emulate the Valar’s clothing in my mind.

Okay now that I narrowed down that I want to use one culture mostly, what culture to pick? There honestly is no right answer to this I feel, but i’m going with European influence (Which is super general I know) since that is where the concept of elves originates from and Tolkien was English. Elves started making their way into stories and poetry in around the 1500s, so that gives me a general area and date to start forming my headcanon. I’m also going to take quite a lot of liberties and take influence from the Lord of the rings films, and general fantasy aesthetics as well to form these headcanons.

When talking about clothes the first place to start is what they are made of: the fabric. What kind of fabric would the elves use and have available to them. When coming up with this I considered two main things, One how durable the fabric is and two could elves make it.

I think durability would be extremely important to elves. According to the International textile association, the average regularly worn garment will last two to three years. Imagine how short of a time period that is to elves! This is why I believe durability would be extremely important to elves, they want something to last. especially the less wealthy elves because they can not afford constant new clothing.

I am only going to list clothing I think the elves could realistically make, so no polyester, plastic and chemical based fabrics.

Note: We are looking at shape/Silhouette in this section, don’t mind the colors or fabrics in my reference photos.

For the common elleth silhouette I am going to say one thing SLEEVES. This is taking inspiration from both the LOTR movie and 1500s european paintings and fashion. long graceful sleeves is something I think would be an elven stable on formal/evening gowns. I feel there would be different styles of sleeves however the most common would be something like this. However I will say for casual work wear they would yield unhelpful.

Another thing I feel most elleth dresses would have is a waist seam. This is one thing I strongly dislike about the LOTR movie dress, a majority of the dresses at their base looks like a modern slip dress or a night gown and im not a fan. I understand this was probably a stylistic choice to represent how refined and ellagent the elves were, but to me it just looks like an ill fitted fast fashion nightgown. Here is a link to a good example photo if you want to look. Almost no dresses until the last hundred years lacked a waist seam like this. Some cultures don’t have a waist seam in woman clothing but will almost always have a belt like garnet if there is no seam. And I personally think waist seemed gowns, look far more elegant. Plus 1500s european gowns all had waist seams so we are adding a waist seam.

Now the skirt, I feel it would be simple and more on the flat flowing side. No hoop skirts or bum roles for the elves. I do think in some gowns they may add some under lawyers to add volume and or warmth.

I actually really like the LOTR movies interruption of elven male robes for formal situations, Here is an example. I also think similar styles but shorter would be worn by either younger ellons or ellons wanting to branch out in a different style for a formal occasion. Here is an example.

I feel something both genders would share in their formal and non formal clothes is the use of capes in very versatile ways. The cape could have a function like keeping one warm, or just be purely for show and drastic flare as one descends from their throne *cough* Thranduil, Feanor *Cough*. Here are some examples: Example 1, Example 2, Example 3.

Now onto the talk of practical clothing. No matter how graceful elves are they can not wear gowns and robes when training or horse back riding. I imagine simple slacks and tunics would be a common site among elves who do physical activities. What Legolas wears in the lord of the rings, is perfect I feel. Practical and rather similar to what humans wear. Here is the example.

I feel the elves would have clothing of all colors overall. depending on a couple things. Elves’ clothing colors would be different depending on the environment and what dyes they have available in it. As well as what colors function best in an environment, so a lot of greens.

I don’t think elven royals would enforce any laws that limits what colors an elf can wear depending on class like most royals throughout human history have. I do feel that certain elven houses, or elves would take on certain color themes. For example I believe Feanor and his house would wear a whole lot of reds, and blacks. While Finarfin and his house would be wearing more blues, whites and silver.

I think plant based dyes would be the most common among elves, making their clothing fall more on earthy toned down colors, opposed to bright synthetic ones we are used to (See mood board above). I do think some brighter colors could be achieved by dying a garment multiple times or using a rarer material like minerals. However I feel majorly would be as I said earthy and natural.

I believe elves would dabble in all forms of embellishments on their clothing, I mean they have so much time on their hands so why not? I think embroidery would probably be the most common, Little swirled designs on hems and such. Bead work probably would be reserved for more formal garments, due to it being done with crystals and gems and taking lots of time.

I think what designs elves created would mostly be inspired by nature. Different flowers, birds, and stars being the most common.

I think some elven royals would have robes glistened with sewed on diamonds and jewels, to draw attention to themselves and show status.

(Note: The way I arranged this mood board above is by environment. So Beach/tropical first row, Temperate forest middle, and snowy cold place third row.)

I feel the main thing that will be changing between different environments and temperatures is what materials they use. Fur and wool lined cloaks and robes for cold places. Light breathable fabric, decorated with sea shells for tropical beach environments. And cotton and medium warmth clothing for forests. I also feel for hunting clothing elves in forests would wear green, and in snowy areas would wear white furs.

I believe elves would still maintain the same general silhouette in different areas (Go to the Silhouette section for more details) just adding on layers and warmer fabrics in colder places.

So this section does not get a mood bored because I could not think of what that would be.

Trends are something extremely prevalent throughout human culture, often decided by those in power: Celebrities nowadays and in the past royalty. I don’t think elves would have trends like we do, for two main reasons.

Reason one is as I said, trends in the past were decided by royals and oftentimes when a new royal took throne fashions would change in their image. However elven rulers don’t die of old age like humans, they live forever. making the constant change of trends not occur with each new ruler because there is not a new ruler often. When there is a new ruler it is most likely extremely tragic because that means the past ruler died, and the next  (Most likely a child of the old ruler ) would probably not want to cause a drastic change in clothing out of respect.

Reason two being age groups. Trends often times change as new age groups move into the prime of their life and old generations die out. However elves are immortal and don’t die out. I have no doubt younger elves would dress somewhat differently but there would be no massive clothing changes, In silhouette or fabrics due to the older elves pushing back against it. As well as the elves wanting to continue emulating the Valar. 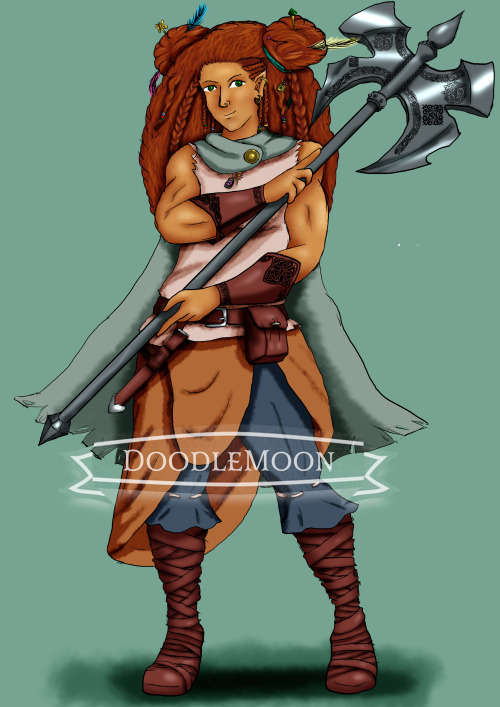 The Orang bunian is a creature from the mythology of Malaysia, Indonesia and Brunei. Known as the “hidden people” or “whistling people,” they are invisible to most people, but can be seen by those with spiritual sight. They are often equated to Germanic elves.

They are said to live in deep forests and high mountains, having little contact with humans, though some choose to live in human civilisations. They have magical powers, and are said to be benevolent and helpful when they do come into contact with people. 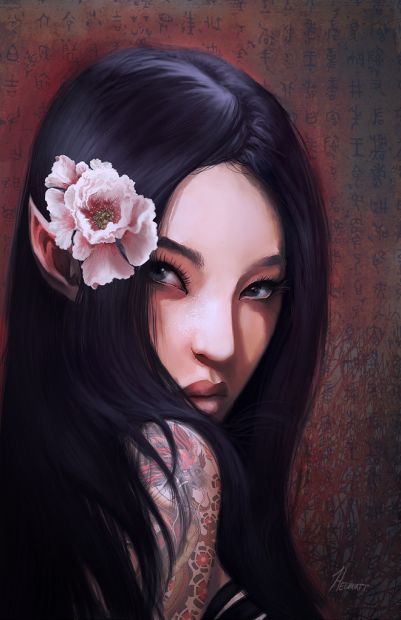 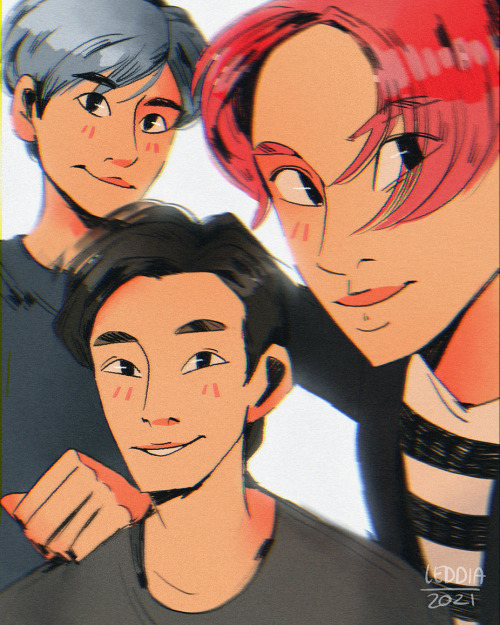 Finished part of a commission for @FirionB 😌🙌

Support me on Patreon! 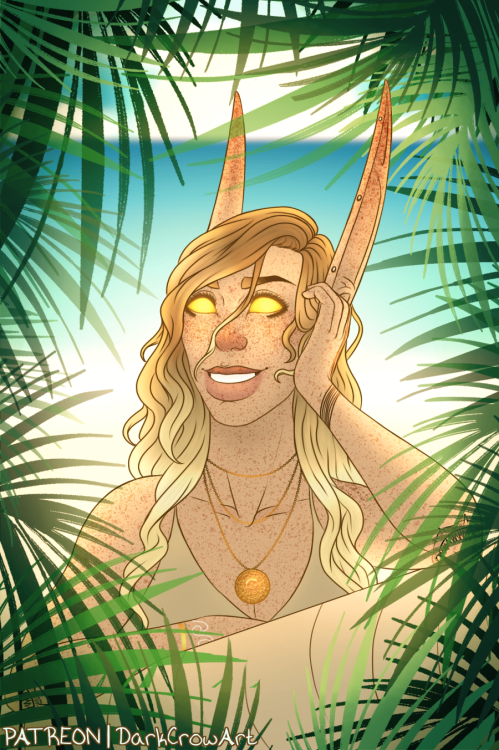 Teaser for A Spell of Scarlet ❤️

i tried out some new brushes and honestly? i vibe with these. i may stick with these 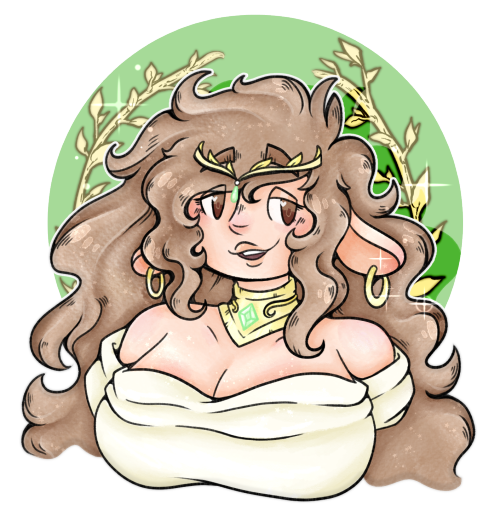 You can buy this lineart for printing and coloring 🌺 Find it at my Etsy shop!:
https://www.etsy.com/listing/950251929/solas-dragon-age-printable-colouring 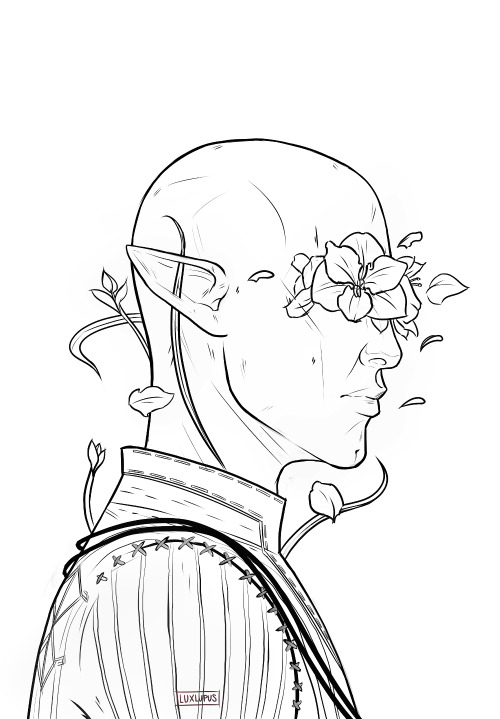 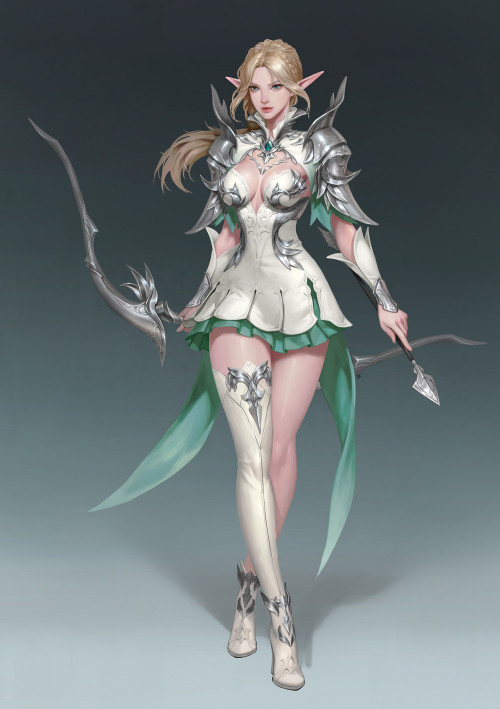 Her combat spells are Flame, so I gave her red hair. 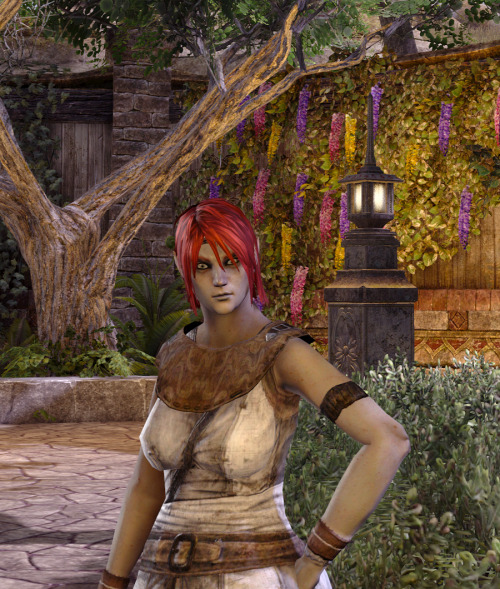 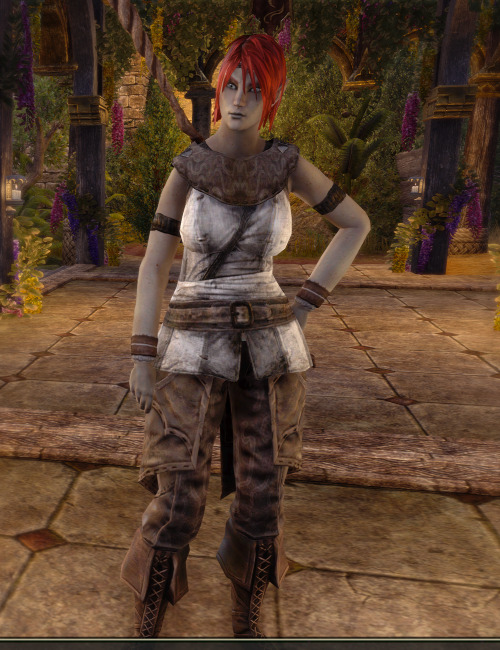 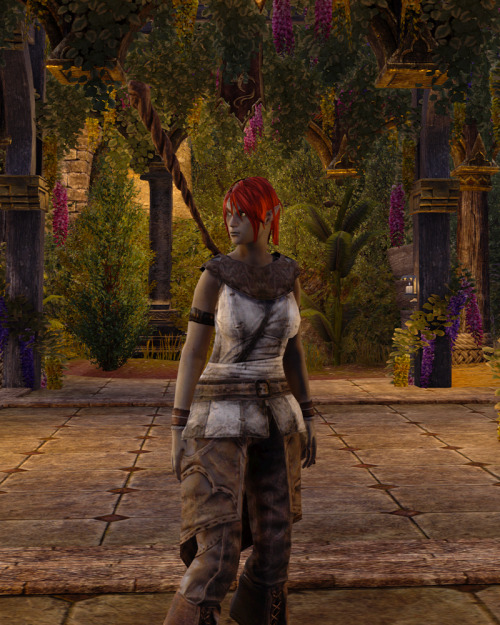