Who do you guys think would be the man in the relationship? Abby? Or Ellie?

I can’t wait for Christmas to come so that I can see my homophobic family and hear them asking me about the boyfriend I don’t have nor want and talk shit about gay people (me lol) . Omg I’m so excited. 🧚‍♂️

#the only boyfriend I want is ellie williams thanks, #bisexaul, #gay, #homophobia, #family, #christmas, #holiday, #ellie williams, #mine
0 notes · See All
duskstarshitText 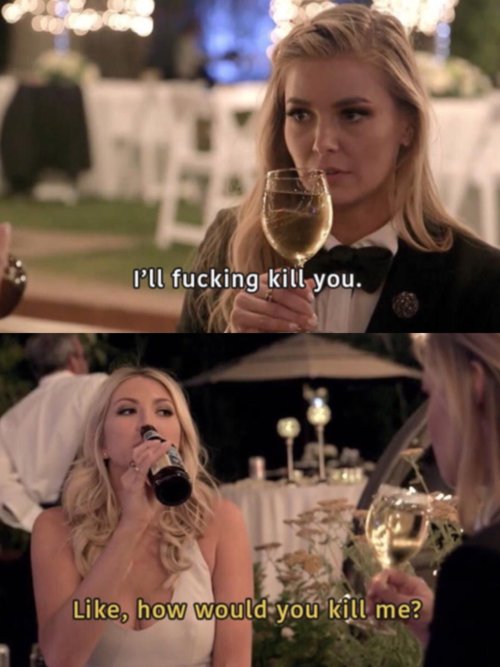 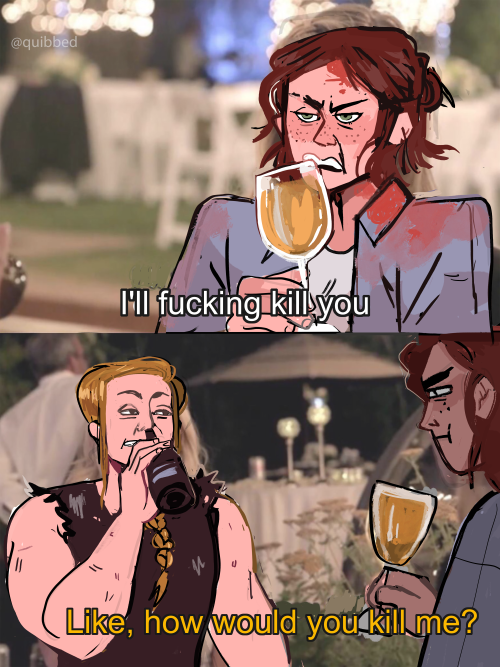 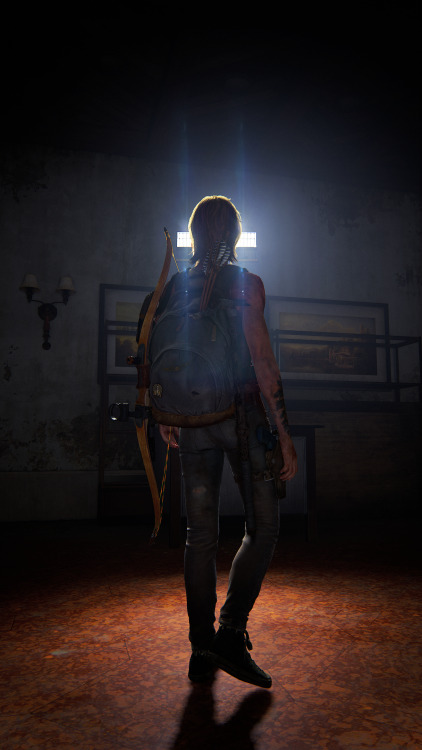 #ellie williams, #the last of us, #tlou 2, #the last of us part 2, #ellie tlou, #photomodes, #im in a committed relationship with lights in this game.
13 notes · See All
winterswakePhoto

The Last of us part2 song

pretty punk rock of you

The song thrummed in your ears as you hummed to yourself. People swayed with each other all around you, and the sight of everyone with a partner made your heart clench. I miss Ellie, you thought to yourself.

As the words flashed across your mind, you scolded yourself instantly for letting you think those three words. She left you, you remind yourself, she doesn’t love you anymore, y/n.

Every time you had to recall those facts, it only made you long for her touch more. You missed her. Desperately at that, but you knew the hard truth.

Ellie walked into the crowded living room, a blank expression on her face as she moved. You straightened almost simultaneously. It had been a little more than a month since the two of you had broken off, and it was the hardest month you’ve ever had to go through.

The Last of Us Part II | Ellie Williams 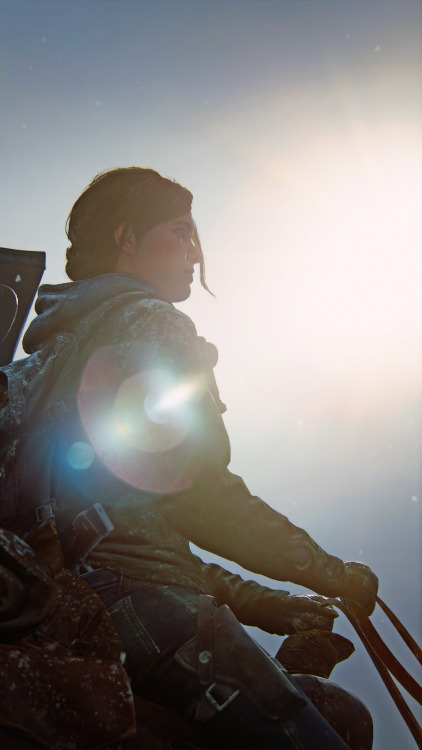 The last of us part2

Prompt: Everyone notices that Ellie and Joel is no longer talking to each other so the reader tries to comfort her during a hunting trip.

(I use the pronouns they and them so everyone can enjoy)

It was her turn to stay up late and keep watch while her hunting group rested in their sleeping bags. No one wanted to return to Jackson without bringing back a deer or even a few bunnies so they all decided to set up camp inside an abandoned gas station, not wanting to sleep in the woods.

So now it was Ellie’s turn to stare out the window that was slightly caked in dirt with her rifle leaning against the sill. While her eyes squinted and stared into the darkness outside her mind was wondered off, thinking back to the truth Joel had finally spoken. He had taken her from the hospital, killed the doctors and Marlene and the chance to rid the world of infected.

It wasn’t his choice to make and yet he did it anyways, just the thought of Joel made anger and sadness well up inside Ellie causing her to shut her eyes as she balled her hands into fist. “Fucking idiot,” she mumbled with a scoff, so many could’ve been saved if he would’ve let them make the cure, Tess wouldn’t have died for nothing, those teenagers that ran away last year would still be alive, hell- Marlene still would be alive right now. She was like a mother to Ellie and she’s gone.

Ellie’s eyes shot open when the light taps of footsteps echoed through the gas station coming straight towards her, she turned around to see the new kid- they called them- with a blanket wrapped around their shoulders as they sluggishly made their way to stand next to Ellie. They’ve only been in Jackson for two weeks and have managed to get a job for hunting instead of parole, not to mention that they’ve been all buddy-buddy with Joel lately.

“How we doing out here?” (Y,n) asked her, clearing their throat so it wasn’t too scratchy when they spoke.

Ellie glanced at them, trying to figure out why they were at the front and not sleeping before the sun began to rise. She predicted that in an hour or two soft orange and yellow colors would fill the sky and she’d have to go in the back and wake up the group. “Fine.” was all she responded with.

“Okay, that’s good,” (Y,n) nodded, rubbing the sleep from their eyes with a yawn following behind. “Want me to take over? You can get some sleep before we get back to it.” They watched as Ellie said nothing but shook her head no, it was obvious that talking to was going to be harder than it was with Dina and Kat.

“Alright… You hungry? I can split my granola bar with you if-”

“What are doing?” Ellie cuts them off, wrinkles appearing on her freckled face as her eyebrows squint closer together in annoyance. She was doing just fine standing in silence while her mind raced with troubling thoughts, she didn’t someone to come along and bother her.

“I uh- I’m just trying to make conversation,” (Y,n) spoke in a lower tone, not sure why Ellie was now upset with them. “I know it can be kind of lonely doing these things by yourself.” Ellie scoffed at their words and shook her head,

“Look, I don’t need you check up on me for Joel. Tell him I said to fuck off and stop bothering me,” She spat, glaring at the teenager beside her who gave a confused look. They knew that something was happening between her and Joel but decided not to ask, instead they wanted to make sure that Ellie was doing okay and hopefully make her smile. If they could be friends with Kat and Dina how hard could it be to friends with her?

“I’m not here because of Joel.” (Y,n) told her honestly and received a scoff from the auburn haired girl.

“I highly doubt that, why else would you be talking to me?” Ellie found it hard to believe that they’d even approach her without Joel pushing them to do so.

“Because a friend of Dina’s is a friend of mine. Plus you look kind of sad so I thought I could cheer you up.” She finally looked at the half sleep teenager and stared them in their eyes, searching for any sign that could tell her that what they’re saying is a lie. But there wasn’t any. (Y,n) was genuinely trying to help her.

Ellie sighed and looked away from them, she hoped that her inner lie detector wasn’t broken and they weren’t tricking her. She didn’t want to have to get into another fight.

“Whatever…” Ellie mumbled, biting on the inside of her cheek as her company turned around and leaned against the window sill with a sigh, staring at whatever was in front of their view.

“Were you always with Joel?” They asked, breaking the deafening silence that began to swallow them whole over the last ten minutes, “you don’t have to answer of course, just tryna make small talk.” (Y,n) reminded, bringing their blanketed hand up to rub their nose with a sniff.

Ellie couldn’t find any harm in answering their question, they weren’t asking why she was mad at Joel or when she’d talk to him again so this seemed to okay. “Uh, no. I met him when I was fourteen.”

(Y,n) nodded in response, not caring that her answer was short and to the point.

“What about you?” Ellie blurted out, shutting one eye in cringe feeling as if she had made a fool of herself for asking so abruptly. But it was something a lot of people were thinking since the teen was found alone by one of their patrols.

“I was with these people, they weren’t my parents but… They took care of me as if they were before we got separated,” (Y,n) softly smiled, remembering the faces of the people who took care of them all those years ago. The auburn haired girl finally looked to them, wanting to know more she continued the new found conversation.

“So what happened to your real parents?” Ellie grabbed her left forearm with her right, studying their face as they thought back on before,

“ I was found alone in an old house or something, all they told me was that a few runners were banging on my bedroom door while some feasted on my parents.”

“It’s fine, I was too young to even remember that day,” (Y,n) gave a weak smirk while staring into the girls deep brown eyes. “If I’m being honest, a part of me misses them. Even though I don’t remember them I can’t help but feel like I’ve lost something because of that.” Both teens eyes were now filled with sorrow.

“Yeah… I actually understand what you mean.” Ellie knew that feeling all too well. Her mother died during childbirth and her father was some mysterious man who most likely doesn’t or didn’t even know he had/s a daughter. The girls life was surrounded by others telling her how much she looked like her mother which only brought an ache to her heart.

Ellie leaned against the sill as well, setting her hands on either side, gripping the edges. “I don’t think we’re missing anything, there’s some good things that come out of not having parents.” She pointed out, trying to lighten the dampened mood.

“Well for starters, Dina’s parents won’t let her date until she’s eighteen so she’s secretly dating Jesse right now. And, let’s see…” Ellie tapped the sill staring off in the distance for a second before snapping her head back to them, “Jason’s dad won’t let him grow out his hair and Kat’s mom makes her volunteer at the daycare on her days off.”

“Ah man! That sucks. Just imagine having to do clean up for horses stall because your parents thought you should ‘help out’” (Y,n) did air quotations causing both teens to chuckle a bit too loud at the image of shoveling horse poop at the request of their imaginary strict parents.

When (Y,n) put their hands down, their left hand landed on top of Ellie causing to the two to glance at each other before pulling away in embarrassment. Why did that make Ellie’s face warm up? After a few stray chuckles left each mouth the silence returned but it wasn’t suffocating or threatening, it was comfortable… It was nice.

“Hey uh… Do you think we could be friends?” They asked, glancing towards the freckled faced girl. “If you want that is.”

“I mean, one doesn’t just talk about dead parents and automatically become best friends,” Ellie joked, making them brightly smile which caused her to do the same. “Yeah, (Y,n). We’re friends.”

The two sat there and spoke about whatever came to mind, enjoying each other’s company and laughing just a bit too loud while peeking over their shoulders making sure nothing out of the ordinary was happened outside. Without warning, the glow of orange and yellow rays lit up the sky and peered through the mildly clear spots on the window, indicating that it ws time to wake up the others. Ellie hoped that this little talk wouldn’t be the last, she was starting to like the new kid- (Y,n) so the teen made up her mind to keep them by their side.

keep looking where the light pours in

The Last of us: Part II, Ellie’s Departure

I know she’s messed up and not eating, but damn! Look at them muscles!!