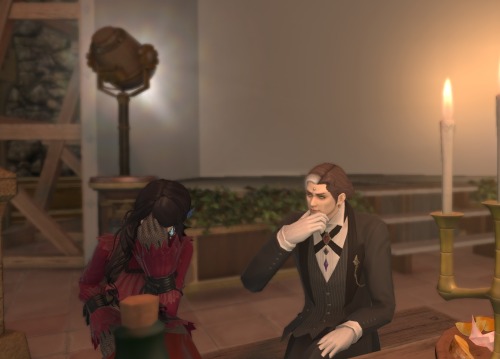 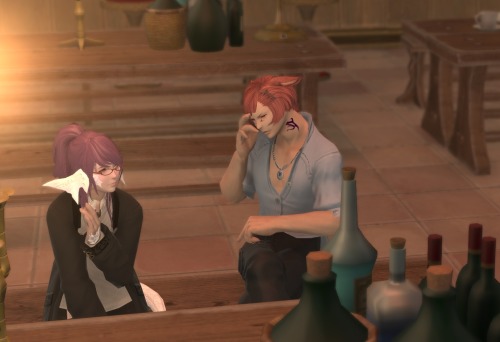 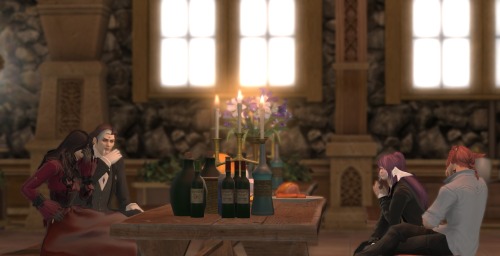 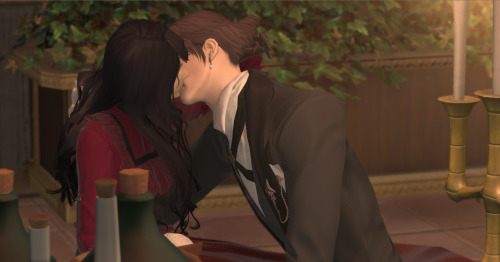 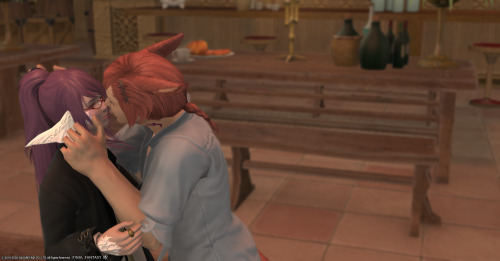 #ffxiv, #final fantasy xiv, #emet selch, #g'raha tia, #emet selch x wol, #g'raha x wol, #emet selch x arianna, #g: the dreamer and the architect, #gpose, #arianna, #suren, #graha, #look at these cuties, #emet felt very overdressed and was annoyed, #but then he found out he could annoy everyone else, #so it (sort of) worked out, #grahawol
13 notes · See All
whitherliliesbloomPhoto

So I really have this thing for Emet-Selch in glasses… 👀 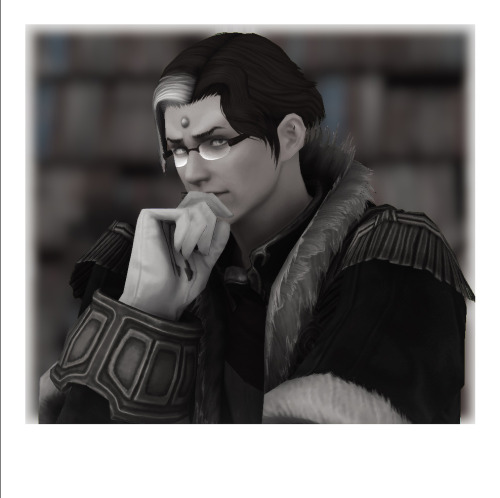 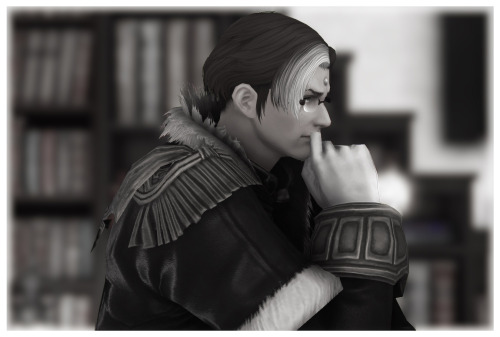 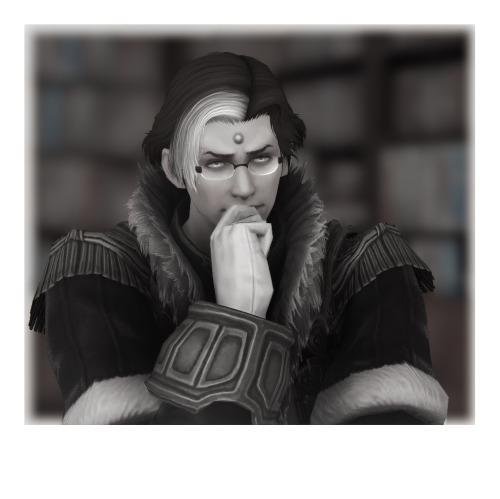 “Remember us. Remember that we once lived.” 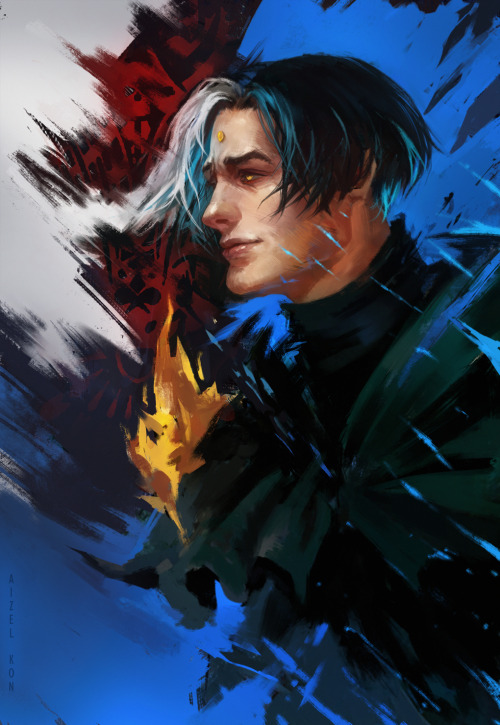 miss him so sketched him a bit I guess 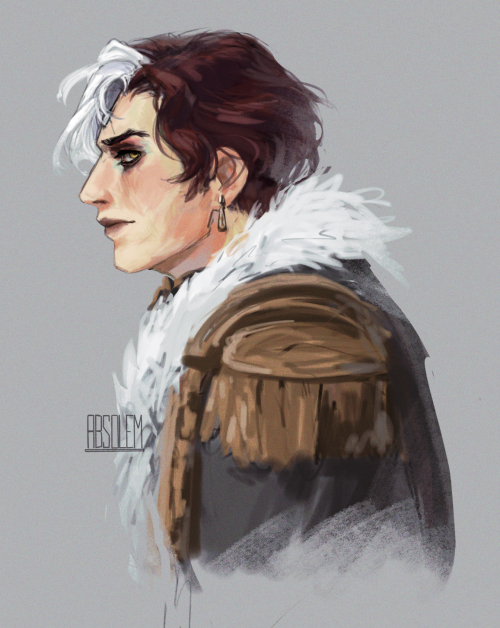 A step by step process of this will be available at my Patreon on december 1st! 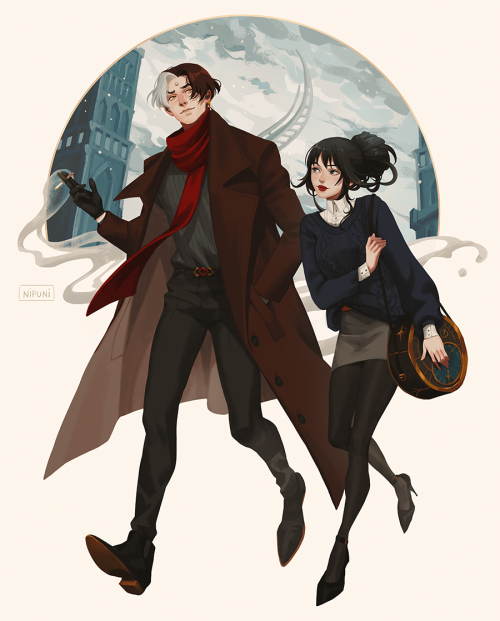 A Most Glorious Plan

A sea of pink and white petals were lifted off of their stems by the ferocious winds and blew across the open air gardens in the Royal Menagerie, as the young Garudan Princess Persephone Ior looked up towards the setting sun. Her rose pink locks flew around her as the delicate petals seemed to dance around her. Though she looked out towards the horizon, her mind was elsewhere entirely, as she contemplated all that has happened in the last few weeks. Her world was changing so fast, and she could barely keep up. Yet, she knew she had to remain strong. Her mother and her elder sister needed her now… she can’t give in to her grief, immense as it may be.

Her thoughts were interrupted when she heard the familiar voice of her personal bodyguard call out to her, “Your Highness, Master Hades of Ifrit is here to see you.”

The Princess turned towards the voice and she saw her bodyguard standing with the Ifritian Architect. Hades… the man who had occupied her thoughts ever since they had met at her father’s memorial services. Persephone could feel her heart skip a beat when Hades dramatically bowed and then gently smiled at her.

I love you friend <3 and I love your ship.

I just want you

i sincerely hope ardbert, haurchefant, papalymo, ysayle and emet selch are having fun where they are

#final fantasy, #xiv, #ffxiv, #ardbert, #emet selch, #haurchefant greystone, #papalymo totolymo, #ysayle dangoulain, #i can't stop thinking about ardbert tonight, #and suddenly i started thinking about everyone we have lost throughout our journey, #and gosh it hurts, #it hurts so much, #ffxiv spoilers, #5.3 spoilers, #(don't really know how to tag ffxiv spoilers but let's say it's good that way)
16 notes · See All
arcanananasAudio

(Emet Selch, but a goose)

Thanks to @lady-springfox ’s ideas here discussing the Ascians’ associated zodiac sign as the Scions of Light from FFXII, this idea happened and I absolutely love it XD

He’s always asleep when you need his guidance or help and he’ll either make you wait or offer it grumpily and halfassed so he can return to sleep.

The sassiest guardian angel ever and he’ll probably make fun of you when you mess up instead of actually helping you like he should.

When he does help you however, he’s extremely dramatic about it!!

He’s not that helpful (because he’s lazy) but he’s great at helping you sleep. He tells you great stories and even adds visual effects with his magic.

Said to be the oldest and wisest guardian angel.

Also the grumpiest guardian angel ever!!! He’ll complain about having to be your guardian the entire time! Like, you know how guardian angels are supposed to pray for you? He’ll say shit and complain instead.

He’ll yell at you whenever you mess up and call you stupid (which he does like 85% of the time) but he will help you afterwards.

He’ll also help you if you don’t understand something when you’re studying but expect him to ramble about said subject A LOT! Like, he won’t even shut up for at least the next couple of hours. His knowledge and passion are actually quite endearing.

As much as he complains, he would set anyone who wrongs you on fire if he had to, only to complain about it afterwards as well.

He doesn’t say much, prefering to silently watch over you. (Unlike Emet Selch and Lahabrea who don’t know how to shut up)

He’s strict and will only help when he thinks you really need it, otherwise he’ll sit back and watch how you handle the problem.

He always offers “logical” advice and help, but he’s not much help with the emotional things.

That doesn’t mean he’s cold or uncaring, he actually shows a softer and nicer side sometimes.

Amaurotian Elidibus however is always eager to offer his guidance and help you with whatever you need.

Both would probably teach you how to play the piano.

I wanted to add some of the others (and Hythlodaeus) but I can’t think of anything so if anyone has any ideas about the unsundered or the other ascians, hell even any other character, you’re welcome to add them!!! 💙💙💙

Btw, who’s your guardian ascian? Mine is Mitron!

I didn’t realise the whole bottom half of his model had so much ruffles and fancy gold?? a lil ooc maybe but hey I miss you Emet 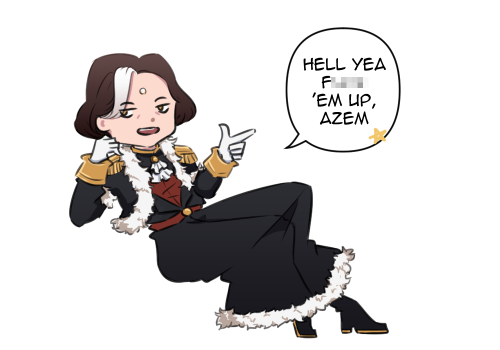 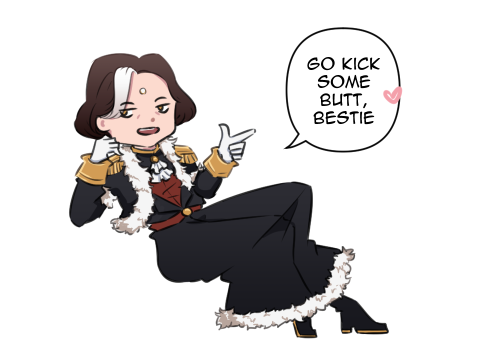 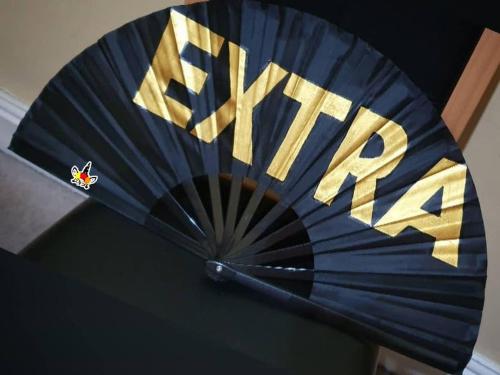 #this fan is 35 bucks or is2g i would buy it, #but meanwhile i can think of one oc who DEFINITELY has this, #and it's, #.claudio, #also, #emet selch, #insourced content
0 notes · See All
totallycorrectffxivquotesText

Emet Selch: that was an hour ago, things change

I am just getting to know this boi and this was such a 2020 mood for me. 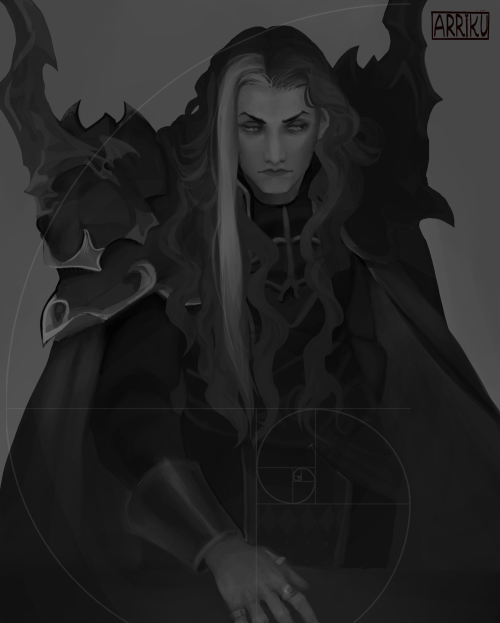 #ffxiv, #emet selch, #fan art, #my art, #headcanon that the white bit is the ascian side comin out and you cant take that away from me
112 notes · See All
klxxiiText