Since the update Nintendo has added new African American styled hair styles. There is a very popular post going around and I’m here to remind you all, please dont use my culture to be cute or start and argument. Some may say this is just a game but it is my culture and when you say things like it’s just a game and it’s just a hairstyle you are invalidating my feelings and other African Americans feelings. Please do not comment on this post if you want to have an argument this is not the place or the page. Please learn from these mistakes and move forward. 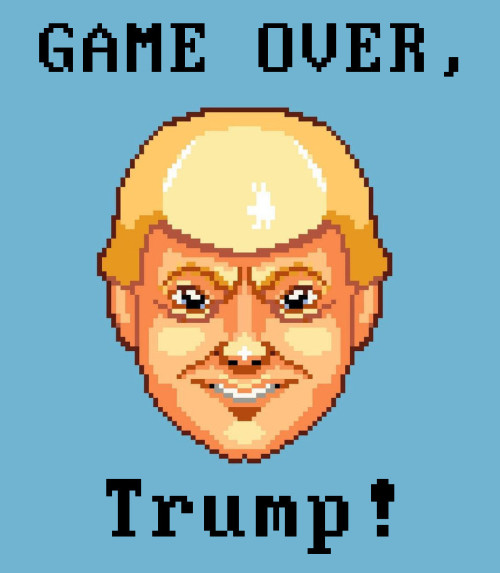 I’m stressed. My boyfriend is carefully optimistic about tonight. I am hoping that tonight is better than 4 years ago which he was way too confident about the intelligence of people and it was BAD. Like, we have a (in non covid times) standing knit night that happens every Tuesday at a bar. 4 years ago we did it at one of our knitters houses instead so we could watch. Her husband and my boyfriend did not handle it well and we thankfully left before it ended, but it was essentially over.

I don’t really enjoy politics, but I understand the importance of politics and staying informed . I’ll let him spoon feed me information after he’s dissected it and figured out how to feed it to me with causing me too much stress and anxiety. It’s one of the many things I love about him. He’s good to me and I wouldn’t trade him for anything in the world.

Literally my only hope tonight is that even if it was tough (I’m not super thrilled with our options) that people voted in favor of humanity. These last 4 years have put us in the worst downward spiral of hell and 4 more years of it will change this country forever. I can’t handle the thought of what could/would happen.

So, to ease my stress I’ll be sharing some things a little off from my usual loves of anime and our lovely Pilots in general.

Oh, and if you agree with the current state of this country fucking block me. I will not tolerate anyone who agrees with the hatred our current “leadership”.

Coming to your dashboard soon: things that make me happy and are weird.

Black lives matter. We must continue to make noise and help bring equality and justice for these wonderful people once and for all. We must learn, listen and educate ourselves. Share, donate and participate in the protests, whatever you can while the world is listening but don’t stay silent. Silence means siding with the racists.

My heart and thoughts are with all the families who lost their loved ones due to this deeply rooted racism. Buildings and items can be replaced, but people cannot and it’s time to put an end to this once and for all. Riots are the voices of the unheard and it’s time to listen.

Justice for George, justice for Breonna, justice for Ahmaud, justice for Nina and justice for Tony. Justice for every single person in the black community who’ve lost their lives to this injustice. We are with you, we hear you and we will forever fight for you.

As part of the LGBTQIA+ community we must also remember that black trans and lesbian women fought for our rights so we could have them today. If it wasn’t for Marsha P. Johnson, a queer, black transwoman and drag queen and other black women like her we would not have the rights we do today. W must fight for the black community because without them the LGBTQIA+ community isn’t whole and neither is our world. Fight for our black brother’s and sisters just like they fought for us.

Fight for every single one of these wonderful people.

Say their names, and say them loud. The entire world is listening. Enough is enough and the world needs to change and that change is happening right now.

I will be putting up links on Instagram to where you can donate and help bail protestors out of jail. Let’s all come together as a family and do this. ✊🏻✊🏼✊🏽✊🏾✊🏿🏳️‍🌈

Hello everyone. Anyone who is following me because of the old johnlock content, I have some potentially sad news for you.

I will no longer be posting johnlock content. I have mostly left the fandom at this point, and want to use this account for the movements I am currently involved in.

I am a part of the Black and Indigenous Alliance of Alberta, and we are actively protesting and fighting for equality here in Canada.

Today, we went to a small town called Ponoka and were met with a group of protesters known as Yellow Vesters. These people are basically against anything that is happening on the streets, they want to separate Alberta from the rest of Canada, hate having to wear masks, are antiscience, qannon, and are full of white supremacists. They were there trying to protest our protest, and were repeatedly aggressive towards us.

There was also an incident involving a hit and run. One of our protesters was struck by a vehicle during our march. He was NOT on the road, in fact, he was standing on the grass, and this man DELIBERATELY swerved to strike him. Our man stood strong and protected a mother and her 6 year old son, taking the hit to protect them. He is okay, but suffered a severe injury to his right eye, last update was that his eye is no longer shaped properly and he is facing permanent blindness in his right eye.

The police drove past the scene following the incident TWICE before pulling over to speak with us, and they were LAUGHING AT US BOTH TIMES. They then claimed to be “on our side” as they took our statements. This is deplorable behaviour on behalf of the RCMP and a complaint will be filed against them.

There is video evidence of what happened and my team is working hard to collect it to identify the man who attacked our members. We are going to push to get this man charged with attempted murder, as that is exactly what he did. If our protester hadn’t stepped to the side like he did he would have been struck head on and possibly killed.

If anyone wishes to support us, or if you are in the area and wish to attend, go to Facebook and look up the Black and Indigenous Alliance of Alberta page. If you don’t have Facebook, we are working on getting an official website up asap and I will share it here for anyone interested.

Thank you for reading, and please support in any way you can.

The thing I could never understand about racism is how having different skin colour make someone inferior? Like where is your judgement?

To all POC and black women ; you’re welcome on my page as you are. You don’t need to worry about if I’ll accept you bc of the color of your skin. I’m here and I love you as you are. If you tell me about your culture I will gladly listen. If you need to talk about a racist interaction you had I’ll listen .

A white girl who wants equality for everyone