I’ve thought about doing that at least half a dozen times, but me going to something like that is always a big deal and I’d get found out fast. Devastating I know.

me and @manymanycupsoftea​ both being on tumblr during history class

I love the phrasing of this, like I adopted him from the bodyguard shelter. No, that was my doing for pretty obvious reasons.

Tony was my best friend, and he was a mess. He second-guessed everything he did. He was all over the place. The one thing that he did that didn’t second-guess was picking you. I don’t think Tony would have done what he did, if he didn’t know you were going to be here after he was gone.

First of all, SPOILERS FOR CROOKED KINGDOM!

Ok so you know Mathias’ death? Well, you can make it 10 times worst by listening to The Real Hero, aka

SPOILER AGAIN BUT FOR ENDGAME THIS TIME

Tony’s death. This left me numb and I only felt pain for the rest of the day.

just started endgame and I already have tears in my eyes

I don’t know if this has been done before but…

@chocopiggy won the raffle for my 200-followers-chibi and they wanted Stephen wearing an Iron Man themed sweater. He obviously likes it very much! 😊 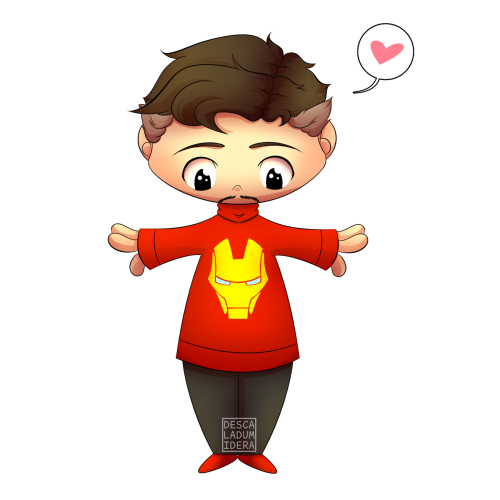 I knew that, but being reminded is always nice.

So I wanted to make this since a long time but like someone started listening to Taylor swift today and they’re acting like it’s no big deal what?

So I just had to make this:

PERCABETH- I THINK HE KNOWS (lover)

Doesn’t really need an explaination but here: the “architect” here is annabeth, and “boyish look” would be Percy, and when she says “wanna see what’s under that attitude” it refers to Percy being sarcastic, which well. Everyone knows about, it’s one of the many things we like about him.

This is nicos pov, pretty obvious, and what the ironic thing is that words like “daylight” and “bright” refer to the Sun aka Apollo, Will is an Apollo kid :)

This is from Rachel’s pov, when her and Percy were driving in the last Olympian, and it says “cause you were never mine” coz they never actually dated, and she knew he’s hung up on annabeth.

Jason’s pov, he’s guilty for getting together with piper but doesn’t want to lose what he has with Reyna? Idk honestly, but it just makes sense.

So this one doesn’t make much sense, because it’s more of a darker theme which doesn’t fit frazel, but “I wanna be your endgame” is true, because, they are endgame

Me:Huh, Endgame is on cable. I haven’t seen that since it came out, maybe i should watch it? Now that I see all the plot holes I should be ok

Me four hours later: [weeping] NONONO DAMN IT TONY NOOOOOOOOOOOOO NATASHAAAAAAAAAAAAS WHY DID I DO THIS TO MYSELLLLFFFFFFFFFFFF