Trending Blogs
#enemies
trixx-letspounceChat
Marinette: Care to sit? I'm sure you'd like to take some weight off your cloven hooves.
Lila: Calling me the devil? How original, Marinette.
Marinette: Actually, I was calling you a goat.
Lila:
Marinette: You goat
#marinette dupain cheng, #lila rossi, #miraculous, #ladybug, #miraculous ladybug, #lilanette, #enemies, #rivals, #source: brooklyn nine nine, #b99
7 notes · See All
trixx-letspounceChat
Marinette: You played me like a fiddle!
Chloe: Oh no, Marinette Dupain-Cheng. Fiddles are actually difficult to play. I played you like the cheap kazoo that you are.
#marinette dupain cheng, #chloe bourgeois, #miraculous, #miraculous ladybug, #ladybug, #chlonette, #enemies
2 notes · See All
skeleslime-phantomPhoto

The Alpine Skyline sure is a confusing maze of zip-lines and bridges, I don’t think even the Conductor can blame DJ Grooves for getting lost! Luckily Conductor was in the right place at the right time, and Grooves is very impressed with the rescue.

Comic Collab with @modmad and myself! Lines, panels, layout all by modmad, and I got to set backgrounds, colors, and details! Had a blast with this, thanks again modmad for the collab invite!~ 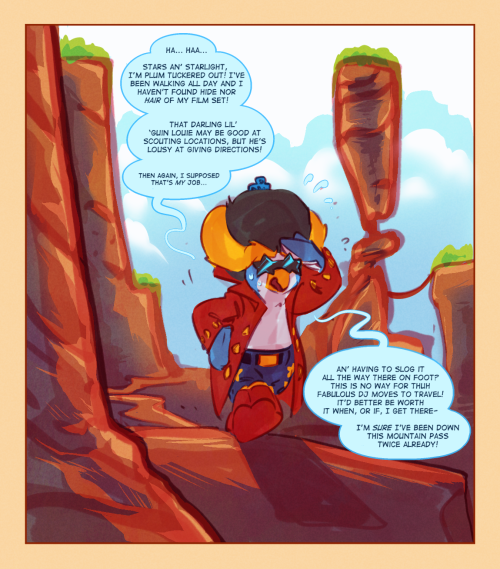 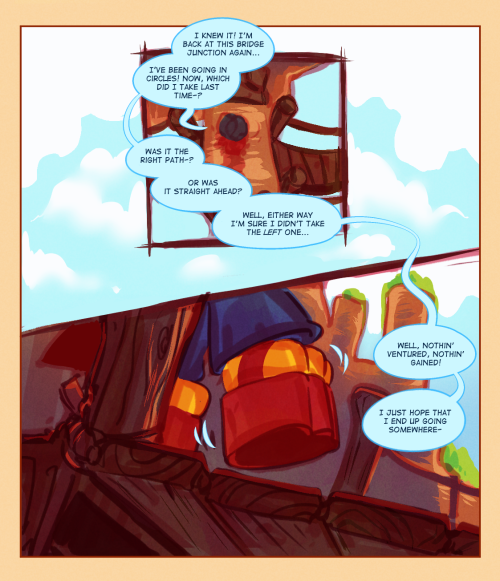 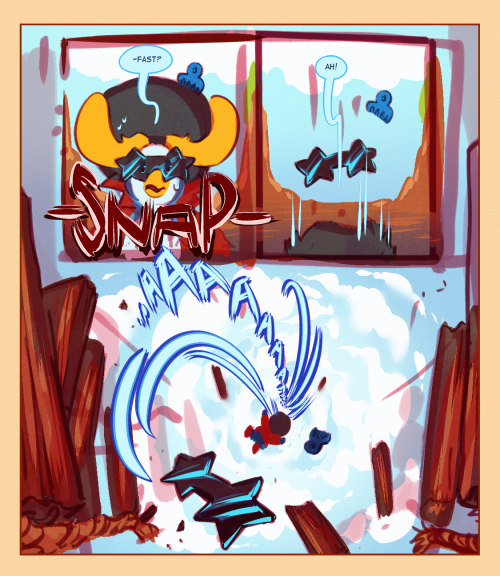 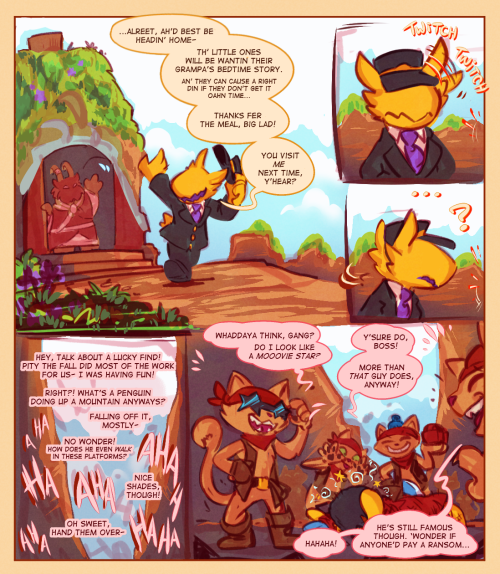 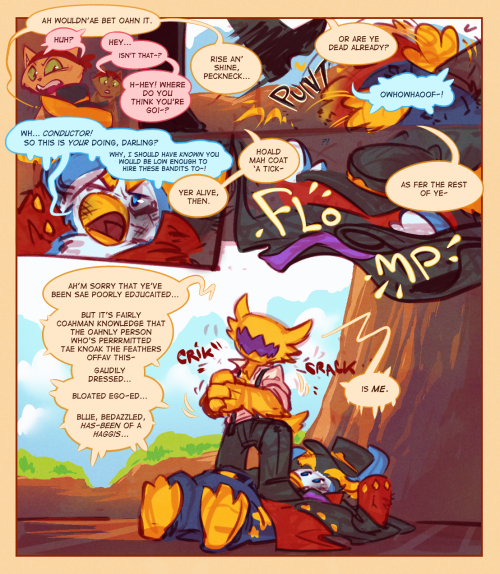 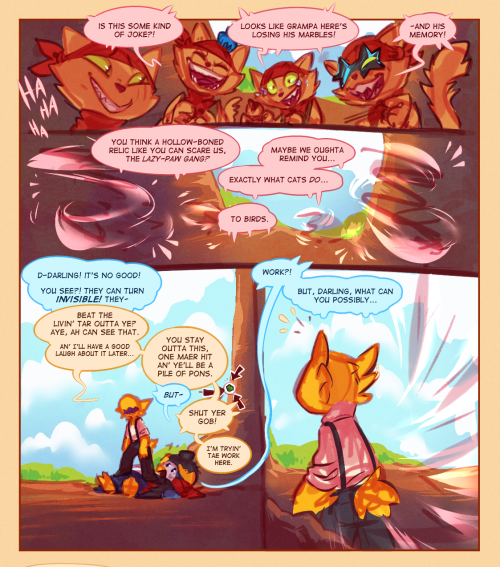 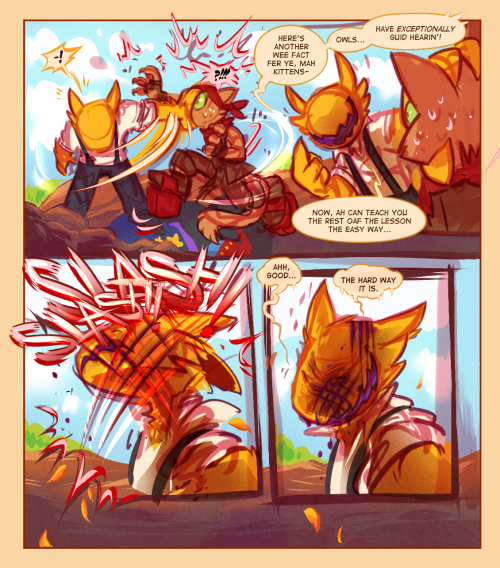 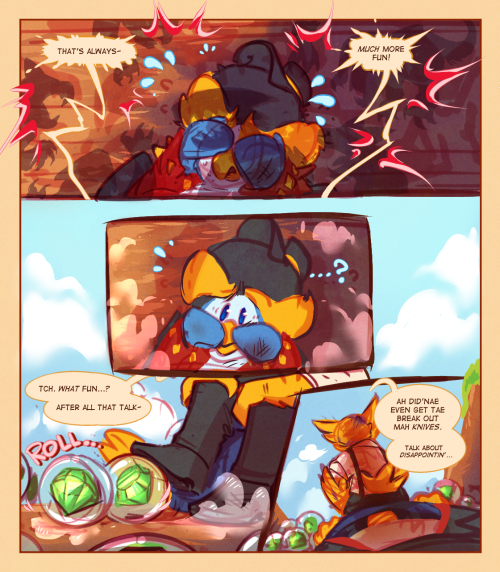 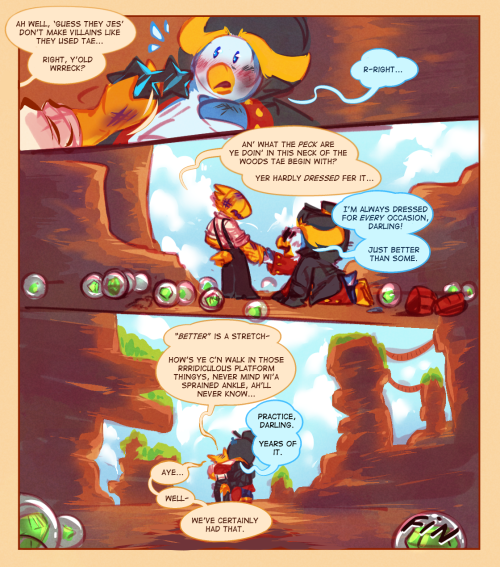 For 36 years I had a secret grey spiral

hooking the convolutions of my brain in all the wrong directions.

I had no friend to see what I meant with

though occasionally I think it happened, the exchange of looks that says: I heard that too.

around the enemy question:

So all action turns around it or looks out from inside it searching.

While I was alive I was only what I wasn’t

or I was a terrorist

or I was a murderer

or I was a woman

or I was the nice lady

or I was a girl

or I was part of a pest of a people

or I was a foreigner

or I was in disguise

or I was a Muslim

or I was a Christian

or I was the shame of blending in.

I could pass for many things

I could pass through them also

rising and rising on the enemy question.

so you can’t do what they fear.

Worse: they make it so you want them

want them to open their jaws for you you

want them to say you are not crazy for you

want them to say your difference is beautiful

want them to say this is yours, but this is ours

want to rot inside the acids of their digestive systems

you want to know that when they look at you they know they cannot see you.

But how about when you look at them?

What happens to the enemy question?

What happens to its asker?

What happens to its object?

They keep you turning around

so you never have a direction

but when you draw back your arm and throw

the question ceases to function.

Your hand the air your aim the stone

A breath your spit a wall a tank.

If all routes are closed the path is clear.

When I wrote this the other day I was thinking of this from Fanon’s The Wretched of the Earth:

‘Because it is a systematic negation of the other person and a furious determination to deny the other person all the attributes of humanity, colonialism forces the people it dominates to ask themselves the question constantly: ‘In reality, who am I?’ The defensive attitudes created by this violent bringing together of the colonised man and the colonial system form themselves into a structure which then reveals the colonised personality. This ‘sensitivity’ is easily understood if we simply study and are alive to the number and depth of the injuries inflicted upon a native during a single day spent amidst the colonial regime.’

Brought to you by Doodling during bingo™

I just read the usual post about the thief stealing someone’s heart. So I thought about a thief!AU.

Where Harry is a thief who steals a car to get as far away from London as possible and doesn’t notice that the owner of the car is asleep in the back seat.

There were 13 enemies mentioned by President Donald Trump a total of 39 times on Twitter in the last week:

Congratulations to The Fake/Main/Lame Media, the top Trump enemy this week!

the whole world is my enemy 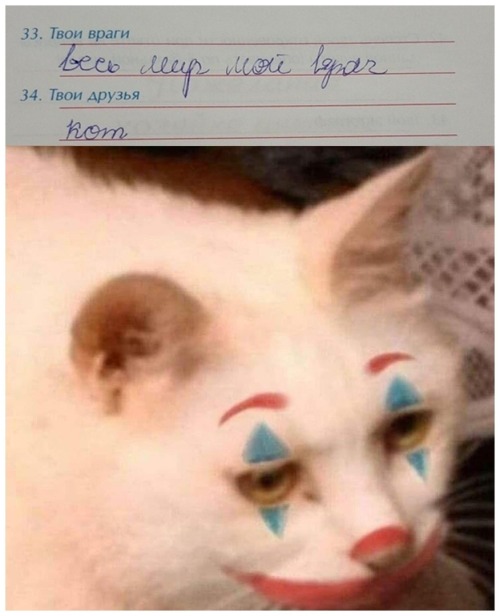 Dean has never quite gotten along with his roommate.

They’re just different people. Dean’s idea of fun is having friends over for games and movies and getting drunk together, whereas Cas is more the type to stay in with a book and have a quiet evening. Dean tends to leave his stuff lying around a bit more haphazardly than Castiel would like, especially considering the way he keeps his own stuff organized with near-military precision.

But the worst thing?

Castiel is a morning person, while Dean most definitely is not.

Every fucking morning, Dean is woken up by the sound of the shower running. That he would be okay with—but the classical music, and the clatter of him making his breakfast that echoes through the thin walls before it’s even reached eight in the morning… that’s a fucking issue.

In any other situation, Dean would have requested a new roommate, a room swap, anything to get himself away from someone who seems so hell-bent on destroying the sanctity of his mornings and someone so quintessentially not the same as Dean. But there’s something about Cas that makes him stay. He’s hot as hell, and that certainly helps—Dean has walked in on him doing shirtless yoga enough to know—and there’s something about the friction between them that, while it pisses Dean off to no end, also drives him crazy.

So despite all the things about Cas that drive Dean crazy in a bad way, he stays for the things that drive him crazy in a good way. As long as they each have their outlets and their escapes, they’re not at each other’s throats, and they continue to exist in the precarious balance that they’ve figured out.

Until Cas comes home from a trip to visit family, and starts coughing a few days later. Dean doesn’t think anything of it—until his mom calls to let Cas know that his father is sick, and he’s been in direct contact.

And so Cas has to quarantine.

Which means Dean has to quarantine.

Which means that they’re stuck in their apartment together for two full weeks, with no way out and no one to talk to but each other. 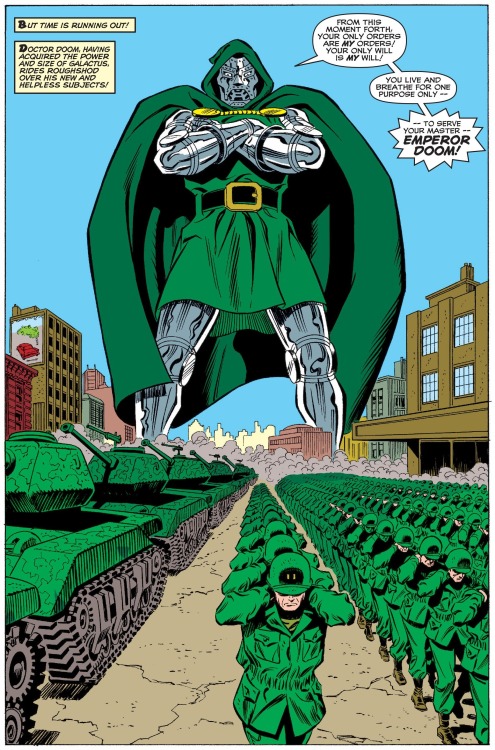 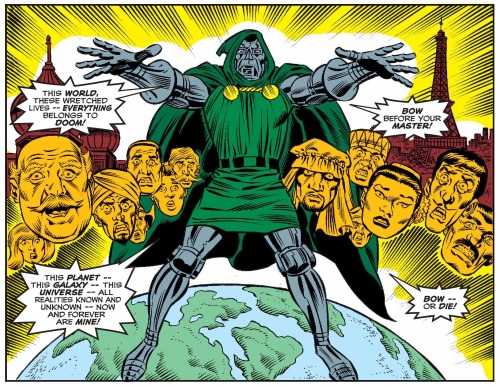 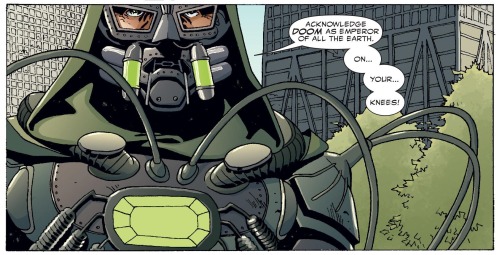 You are in the sky.

I know this because the stars

Outline you in my subconscious,

Always there but always

Staying too far away.

You are in the air.

I know this because it leaves

The same as you and returns

To me than I could for it.

You are in the sea.

I know this because it hurts

To be around you and yet

I go back just to feel

The release of you letting go

You are promises and lies

Dancing in deceit, you

Are anger and apathy

You’re everything you hate

But part of me

Loves part of you. 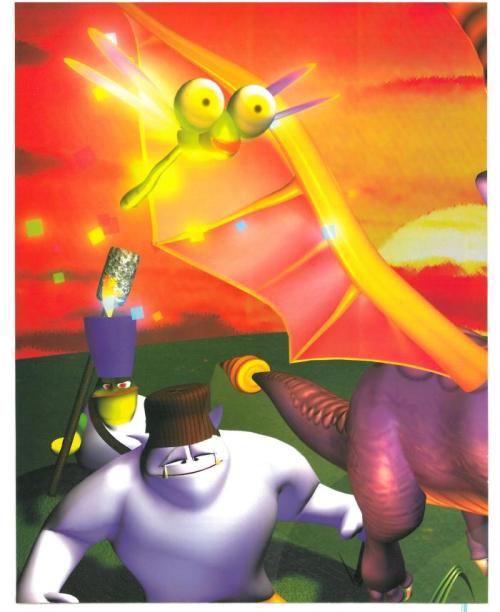 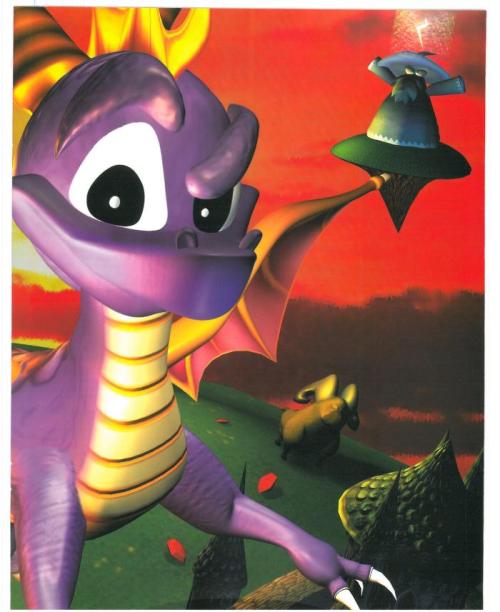 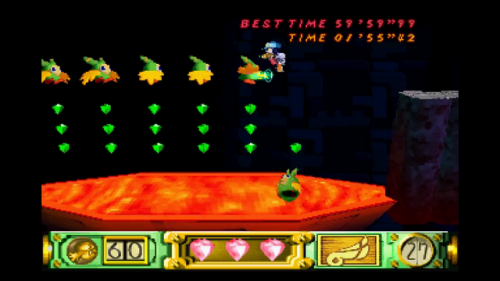 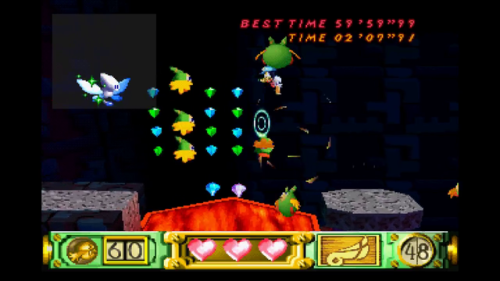 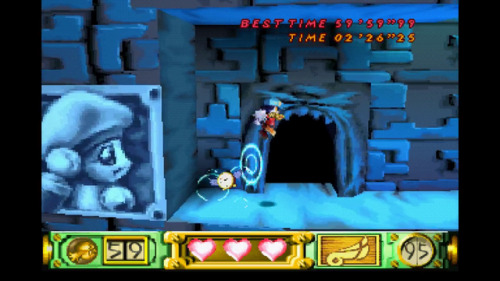 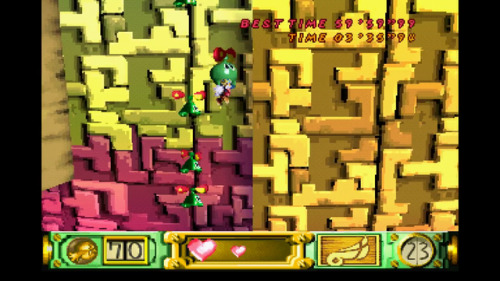