Fans Plead For More Kelli & Her Hilarious Shenanigans On “Insecure”

Crooked I Is The Most Underrated Rapper Of All Time 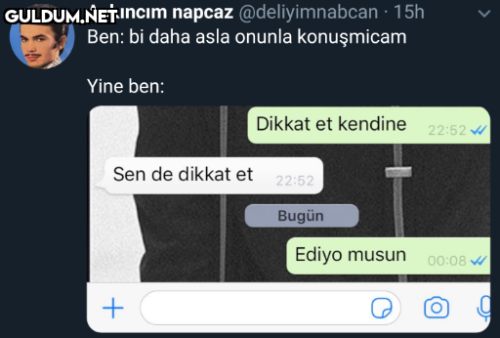 Typical Life of a Teenage Girl in the 50s

HBO Max Debuts With A Magical Surprise, But Is It Enough?

Crucible plucks popular staples from all over esports, attempting to forge a greater whole through the fires of interstellar warfare. This sci-fi multiplayer third-person shooter is a battle royale at one moment, and the next it’s a back-and-forth team affair closer to a MOBA, topped off with a hero-shooter veneer. During my 20 hours with Crucible thus far I grew increasingly exhausted with its manic hat-juggling, culminating in lifeless wildlife hunts, lonely team fights, and excruciating slow matches. Too often, this gauntlet is a messy jumble of parts that don’t fit together.

While there’s only one map in Crucible, the rules of engagement shift depending on which of its three modes are in play, and each one contains a smattering of PvE amidst the competitive PvP shootouts. There’s Alpha Hunters, where eight teams of two duke it out to be the last duo standing; Harvester Command, an 8v8 conquest to suck up 100 resource points before the enemy team; and finally Heart of Hives, a 4v4 where teams have to topple insectoid hive structures and collect the gooey resources within. The last one is the star attraction, but that’s a low bar to clear. [ignvideo url=“https://www.ign.com/videos/crucible-full-match-gameplay”]

I catapulted into Heart of Hives first, eager to see what was awaiting my team and I as our drop pods flew through space and crashed on the planet’s surface. The bay doors opened to a lush, neon hue-infused wilderness that stretched as far as the eye could see. Of the 10 playable hunter characters, Tosca, a humanoid rodent whose dry-wit is as corrosive as the acid rounds in her shotgun, was my pick for this excursion. With our boots on the ground, it was time to hunt down beasties and gain some levels.

[poilib element=“quoteBox” parameters=“excerpt=The%20fighting%20you%E2%80%99ll%20do%20the%20most%20is%20extremely%20boring.”]Our quarry was these hulking reptiles called stompers, and they’re the most common creatures you’ll hunt in Crucible. They make a good first impression with their massive frames, but any enthusiasm for battling them vanished after that first encounter, though. A teammate let off a few rounds into the herd and they responded by waddling toward us at a comically unthreatening pace. I killed four stompers without breaking a sweat, since Tosca’s acid rounds made quick work of them. They have no interesting behavioral patterns and will respond to your assault the same way every time: by walking face-first into your bullets. If by some miracle a stomper gets close enough for a headbutt, they’ll whittle off a sliver of your health at best. That means the fighting you’ll do the most is extremely boring. [poilib element=“poll” parameters=“id=23f7479f-dac4-47d5-8644-28d339e120b7”]

The fauna of Crucible will gleefully swallow on your lead-aspirin, existing only to increase experience bars without actually improving the experience. In that way, stompers are more akin to minions from League Of Legends rather than the majestic wildlife from an alien planet that they’re meant to be. Which would be fine, except they’re haphazardly sprinkled all over the map rather than strategically placed in lanes. I loathe tediously scouring the hills just to shoot stompers like fish in a barrel, but a team can’t totally ignore the PvE portion of Crucible due to the importance of increasing attack power and improving skills through leveling up for when PvP kicks off. Thankfully, experience points are shared between allies so, more often than not, I’d focus on whatever objective is at hand and leave the PvE to whichever teammate doesn’t mind the busywork of euthanizing brainless cattle. Someone needs to lock their sights on the opposing team, after all.

[poilib element=“quoteBox” parameters=“excerpt=Crucible’s%20hunters%20don’t%20fit%20into%20the%20tank%2C%20healer%2C%20or%20damage-dealer%20(DPS)%20roles.”]As I crept up on the towering insectoid monolith from which Heart of Hives takes its name, anxiously waiting for our opponents, I was ready for a good old-fashioned team scrap. Crucible’s hunters don’t fit into the tank, healer, or damage-dealer (DPS) roles that are so common in hero shooters. Instead, each of them has five or six distinct offense-centric skills and must rely on medkits found throughout the map for healing. Self-sufficiency is a must if you want to be the victor rather than the vanquished. On the surface, this might sound like combat is more dynamic than a traditional hero shooter like Overwatch, but in practice it’s fairly shallow. [widget path=“global/article/imagegallery” parameters=“legacyId=20059624&captions=true”]

Two enemy hunters crested the hill opposite of my position. Earl, an alien trucker packing his trusty minigun, and Drakahl, an ax-wielding brute who looks like he just walked off some mid-2000s graphics card packaging, were about to tee-off on the hive. I used the ping system to call for reinforcements, but all I heard back was silence. Crucible has no in-game voice or text chat, which makes communing with your comrades an unnecessarily grueling affair. It’s nowhere nearly as versatile or in-depth as the pinging in Apex Legends, as every ping command is tied to a command wheel in Crucible. So, I lept into action all on my own, peppering the assailants with acid rounds that deal damage over time. Drakahl wildly swung after me, but I kept him at a distance with Tosca’s teleport and sticky grenades that slow targets. Earl was my primary concern, and I was barely able to stay ahead of his torrent of bullets. It’s unusual these days to be able to hold my own, not having to rely on a healer to tend to my wounds, but for the first few matches, I didn’t mind the lack of the holy trinity of tanks, healers, and DPS roles.

[poilib element=“quoteBox” parameters=“excerpt=Each%20hunter’s%20toolkit%20leans%20heavily%20on%20self-preservation%20rather%20than%20providing%20support%20to%20others.”]As the bodies piled up, though, I learned how lonely Crucible’s PvP is. Not just because of the lack of chat options, either, but the realization that combatants are only in it for themselves. That’s mainly due to the fact that each hunter’s toolkit leans heavily on self-preservation rather than providing support to others. As Tosca, the best I could do to help my allies was pop her smokescreen ability when their health was low, paving the way for their escape. But as more hunters began pouring into that chaotic hive fray, helping others was proving next to impossible. So, I stuck it out until my health was low, dashed away, healed with a medkit, and then jumped back in. It worked like a charm, and once the dust had settled after we’d beaten the other team I delivered the final blow to the hive and its exposed heart was mine for the taking. It sounds reasonably dramatic, but it’s very one-note: I could retell that exact story two more times with only minor alterations and you’d know the tale of how I won most matches since the first, too. Get in, get out, endure, and to hell with everyone else. The total absence of synergy leads to the most repetitive and banal team fights I’ve ever experienced in a hero shooter. [widget path=“global/article/imagegallery” parameters=“albumSlug=igns-top-25-modern-pc-games&captions=true”] Any hope that the other two game modes might somehow rectify the teamwork woes of Heart of Hives soon evaporated. Sadly, they only ever-so-slightly tweak match objectives, with the underlying issues with both PvE and PvP being just as apparent as ever. Alpha Hunters is a horrendous take on battle royale. There’s no item scavenging, survival elements, or any of the defining tropes that I love about that genre. It’s just the same map, with the same dull stomper-killing progression, and the same soulless team fights – only it’s you and a buddy against seven other duos. Admittedly, it can dip into so-bad-its-good territory if you and your partner make it to the final round: the gloves come off and the two of you turn against each other and must fight for the top-ranked spot. Harvester Command doesn’t fare much better. It’s a big team battle where opposing sides fight in a Battlefield-like conquest to collect 100 tickets. The tussles are more frequent, which is good, but tragically that means you’re hit with the yawn-inducing respawn process more often. [poilib element=“quoteBox” parameters=“excerpt=Way%20too%20much%20time%20is%20wasted%20just%20trudging%20around%20trying%20to%20get%20to%20the%20action.”]There’s a 30-second wait before you’re able to get back in a match in Heart of Hives, and following that, another eight seconds for the drop pod to take you back to the planet’s surface. So every time you die there’s way too much thumb-twiddling time, and because there’s no chat you can’t even talk to your team about a potential change of tactics. Worse yet, the character movement speed is agonizingly slow, the map is gargantuan, and respawn points are often as away from the objective as can be. Way too much time is wasted just trudging around trying to get to the action. During those sprawling battles I gave every hunter on the roster a test-drive. Eventually, Rahi, a boisterously jovial fellow with an affinity for lasers, rose above the rest in my eyes. His Shield of Justice is one of the extremely few support-centric abilities in Crucible, granting allies a slight protective barrier from danger. Lending a helping hand tended to put me directly in the crosshairs of the entire enemy team, though, and that quickly resulted in my demise. Cue that horrible respawn process again.

Crucible takes a pretty laid back approach to microtransactions: there are no pay-to-win elements and you can totally ignore the in-game purchases. All the stuff for sale are items like character skins, voice lines, art decals, and drop pod skins. You purchase them with an in-game currency called credits, which are sold on the store for real money at various amounts. The credit bundles include: 500 for $4.99, 1100 for $9.99, 2300 for $19.99, 4700 for $39.99, and 10000 for $79.99. There’s also the battle pass, which can be bought for 950 credits. It’s loaded with cosmetics that can be unlocked as you complete daily and weekly challenges.

Check out our newsletter https://conta.cc/2LQTb2f and click ‘BOOK NOW’ for FROM WONDERLAND TO UNDERLAND

Enjoy both the Spirit of the Dervish and the Dragon this weekend !

This Saturday May 30th

This Sunday May 31st

The latest edition of PlayStation’s State of Play livestream focuses on The Last of Us 2. With less than a month before the sequel’s release, Naughty Dog and Sony are sharing more about the highly-anticipated continuation of Joel and Ellie’s post-apocalyptic saga. While Naughty Dog has been sharing video updates about various aspects of The Last of Us 2, today’s 20-minute look could reveal even more insight. What’s different in the world of The Last of Us 2? Check below for updates and reveals as they happen when the livestream begins at 1 pm PT/4 pm ET. You can follow along with the livestream below. [ignvideo url=“https://www.ign.com/videos/2020/05/27/the-last-of-us-part-ii-new-gameplay-story-deep-dive-ign-live”] [poilib element=“accentDivider”] Details as they are announced. 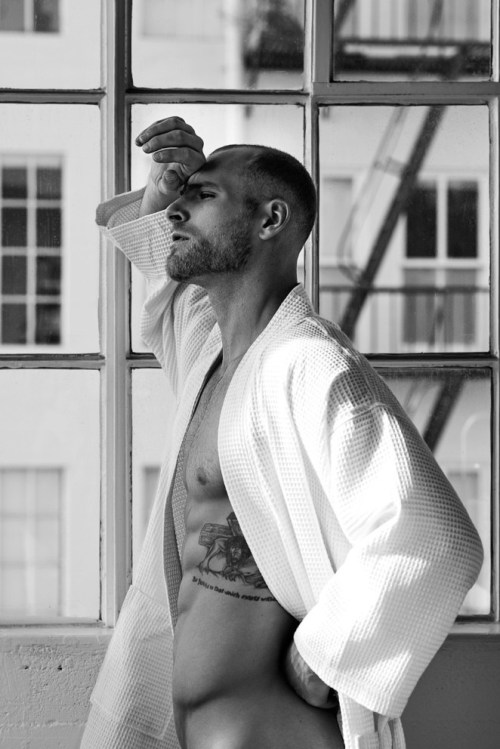