he doesnt want to hear it!

Class 1-A was clueless when there teacher told them they were going to have a special training session, but did as there teacher had instructed and waited outside in gym uniform.

Aizawa started the class with,”Today you will fight two students a year above you.”Kirishima raised his hand and Aizawa gave him the look of approval,as he spoke, “Just like when we fought Mirio?”

Aizawa noded “yes but-.”He was cut off by a girl hoping up and down skiping up to them with a smile that could go against All might’s she yelled,”Dad you told us to meet you at the first years field.” Standing next to her was a boy with jet black hair with different shades of green mixed in it.

Midoriya quickly noticed how similar they looked and yelled in pure shock “Aizawa-Sensei, you have kids?!”

Aizawa just gave a heavy sigh while his daughter yelled,”Akira Aizawa daughter of Ereaserhead and Ms.Joke at your service!” all kids from class 1-A gave her a black look before turning there heads when the other girl spoke, “Akito Aizawa, get ready to lose!”of course Bakugo started yelling Akito having the same additude also started yelling..while class A asked a million questions, it wasn’t long till Erasure was set off, and everyone got quiet.

Aizawa continued talking, “as i was saying, you will be fighting thease two, just like you fought Mirio but there only a year above yall.”

Akito and Bakugo gave eachother a death grin, While Akira stared at Todoroki and he stared back. When Todoroki looked away for a bit then looked back and asked, “what are you doing?” before he could say anything else Akira’s eyes turned bloody red causing Todoroki to flinch before asking ”What did you do?” Akira just smiling said you’ll find out soon.”

5 miniutes later, everyone was waiting in a line for Aizawa to start the training.

Akira looked at Bakugo, he didn’t notice, because he was busy arguing with Akito the only one that noticed was Todoroki, he flinched when her eyes flickered scarlet.

Aizawa gave them the permission to start the battle permission to start the fight ,Akito was already 8 feet into the air, jumping strait into the lines of Class 1-A, all of them blown away the second his feet hit the ground, Midoriya failing to get close when hit by the strong wind, when he was on the floor again he ran to Akito trying to hit him with 20% but only to be hit by a kick to the stomach and being grabbed by the neck and pants and shot into the air like a bullet a decaying wave following the mighty blow, midoriya was face first into a building with half of this body coverd in dirt and ashes of what use to be the near by wall.

Akito asked with a mocking smirk,“ for the famous class 1-A i expected better.”

Akira on the other hand was hit by a ice attack from Todoroki, with her being stuck the remains from class A that didn’t get knocked out by Akito’s first attack came after him.

Akito whisper yelled” Flying Force”, lifting both hands in the air he sent two hurricanes of destruction left and right, knocking out most of the rest of class A..

Meanwhile Todoroki, Midoriya and Sero heard huge tudes coming from Todoroki’s ice, then the whole entire ice wall came down, coming out was Akira whos left side was coverd with fire blowing in the wind and both hands making explosions.(she is useing the quirk half cold half hot bacicaly fire and ice and the quick explosion withch lets her create explosions,ill kinda explain quirks she is using), todoroki giving a horrified face at her presence and Bakugo choking when he saw his explosions, Todoroki yelled having the slightest idea of what her quirk was or could be “she can copy your quirk!”

Akira and Akito gave identical grins and Akira said,” you figured it out i guess you do stand for your reputation.” Akito added, “i guess well have to end this battle..thats a shame.”

Akira used Erasure and Akito made a sprint into the air and yelled “Flying Force” again, this time the attack was aimed at one spot. The left overs of class A were forced into the air the using an attack that was only air bring them all down quickly into a creater with the rest of class A that were destroyed by his first attack.

Todoroki still having the energy to move used his ice the second they hit the ground attacking Akira with his ice but was conterd when Akira used the same attack but combinded it with a wind quirk blowing Todoroki with the rest of his classmates in Akito’s creater.( Akira is using a quirk that lets her control the wind aroud her and half hot and half cold again.)

Aizawa walked over to the creator and asked ”if anyone is seriously hurt go to the old lady.”

Class 1-A mumbled “yes sir.” while half of them went to the infiramary.

That’s the end for there Special training i had this saved in draf when i taught I posted it my bad :)

Has anyone else seen that video of the hyenas cornering a single lion, everything looks like the lion is going down but then ANOTHER lion comes and saves him and then they cude??? Erasermic vibes all the way

This reminds of the time George Lucas talked to David Lynch about directing Return of The Jedi:

Lynch: “George drove me around Hollywood in his sports car. He kept telling me about Chewbecca. But I never once understood the concept of Chewbacca. I mean, what? I was just mystified.”

This is the man who wrote and directed Eraserhead.

Shinsou snuck out and snuck back in from a party or going out with Denki. There, sitting in recliners and robes are Shouta and Hizashi. Turning around one at a time to see him. Like:

Shouta: Do you have any idea what time it is?

Hizashi: *In full green face mask, and those rollers or curlers you use for your hair with hands on hips* SHINSOU HITOSHI YAMADA AIZAWA, DO you know the PAIN WE’RE IN?! WHY ARE YOU OUT SO LATE!!?

With villains targeting him for his quirk, Aizawa needs to leave UA, it’s not safe and it puts everyone there in danger. There’s just one thing…
He needs to take Eri with him.
-
Recoiling from Aizawa’s sudden departure, Yamada must now fill in his shoes at UA. That means taking care of Class 1-A and their Hero Courses with All Might.
Along with training Shinsou, a task he took on voluntarily.

random sketch to relax with no ambition ye ye.. 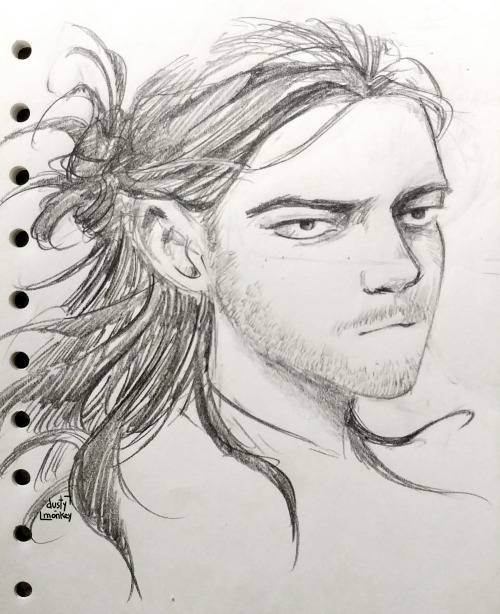 Some Aizawa sketches, I never got round to finishing, but liked a lot.

I’m moving my art from @lies-versus-ghosts to this blog! :) 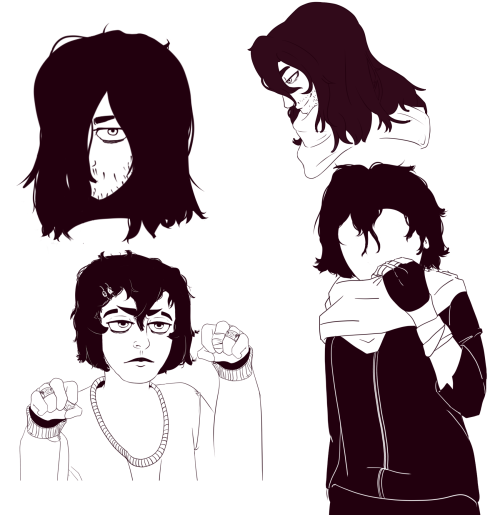 The idea of Present mic wearing an astronaut suit like this slapped me in the face so I made the fastest, messiest sketch ever. I added a disgusted Aizawa for good measure. 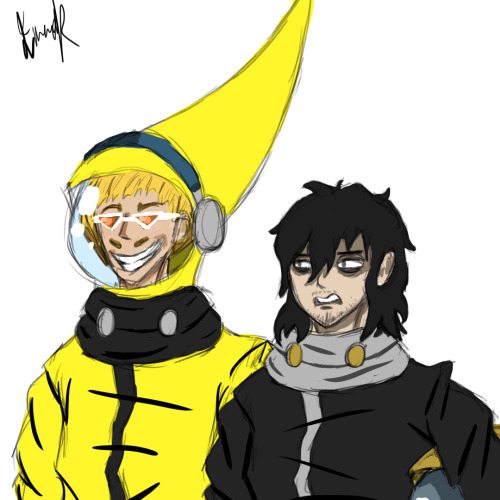 #mha, #bnha, #among us, #my hero academia, #boku no hero academia, #rough sketch, #eraser mic, #eraserhead, #present mic, #bnha aizawa, #yamada hizashi, #dat hair tho
91 notes · See All
someoneoutofthisworldChat
Villain, holding Present Mic hostage: Give us $10,000 and we'll give him back
Mic, offended: You think I'm only worth $10,000?!
Villain: What?
Mic: *using his quirk* MAKE IT ONE BILLION DOLLARS BITCH
Eraserhead, outside: mic, SHUT THE FUCK UP
#erasermic, #eraserhead, #present mic, #bnha, #my hero academia
117 notes · See All
soursoppiPhoto 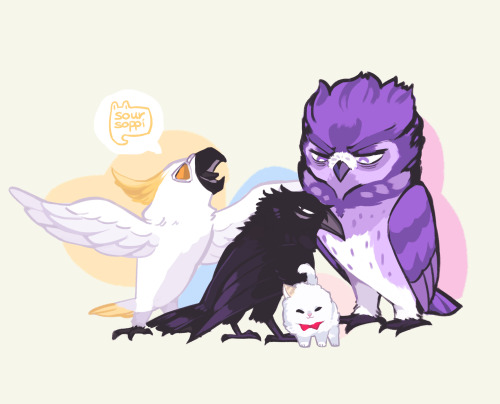 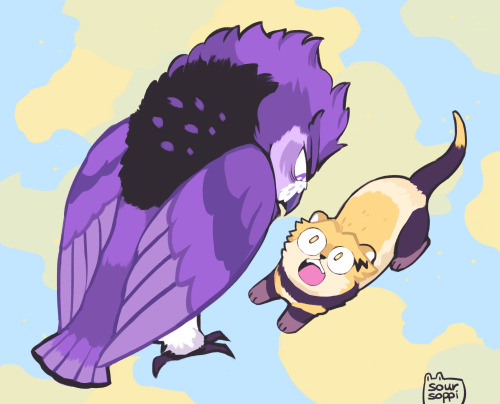 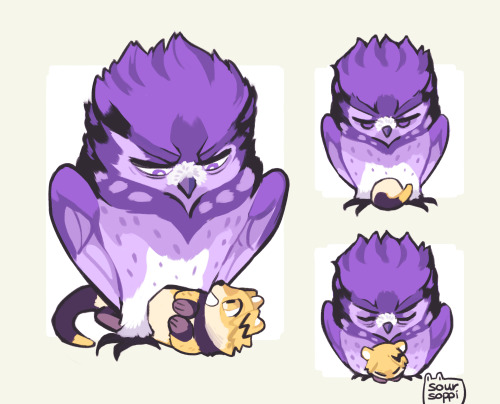 Summary: Hizashi writes shouta a letter. Sequel to ‘To Hizashi, my love’

Warning: angst if you squint