“hey didn’t Levi had a sudden headache when people talked about killing Eren?”

We could only find one that was very similar. So instead, here’s a few ice skating fics for you~

If I could see you, eternity would come from this hope.
Stay close to me. Don’t go away.
I’m scared of losing you.
Your hands, your legs, my hands, my legs… our heartbeats are merging together.
Let’s leave together.
I’m ready.

Ice Skating AU in which Levi and Eren meet during a competition. They spark a friendship and later on begin to form a relationship. It comes with its own hardships since even though they get together, they still need to compete against each other.

Eren Jäger, a rapidly uprising star in the world of figure skating, meets Levi Ackermann, the unsurpassed champion in this devision of ice and cold.
Erwin wanted to let these two graceful forces clash and see what happens. Whether they may form a destructive power together, that would stun audiences for years, or end up being devoured by the ice beneath them.

Off the Ice by CrystallineKai
(Rated T, 2,240 words, oneshot, complete)

Eren struggles to skate the way he wants, but thankfully, Levi is there to help him conquer that.

Eren is an Olympic gold medalist trying for his second gold in the Winter Olympics held in France. Levi is a French teen inspired by Eren. The two meet, and it’s basically love at first fall.

Where Your Destiny Lies: Eren on Ice by Mary_Jane_Austin
(Not Rated, 5,509 words, multichapter, ongoing)

“W-what are you doing here?”

Levi eyed him up and down, with what felt like the most judgmental stare he’d ever received, before non-chalantly waving his hand. “Isn’t it obvious?” He asked.

Eren shook his head. He had no idea what the hell was going on. Which was pretty normal for him actually—but today, it just felt like one big, cruel, joke.

“I’m here to coach you Jaeger—or better yet, I’m here to help you win a gold medal in next year’s Grand Prix Final.”

Or basically, the AOT/YOI crossover I desperately need

I Keep on Dreaming for Me by missmichellebelle
(Rated T, 5,829 words, oneshot, complete)

Eren looks at the screen of his laptop, where a YouTube video is paused on Levi Ackerman’s 2010 Cup of China FS. It’s set to Chopin’s Les Sylphides, and will end up being the program that wins him his first gold at the Grand Prix Final a month later in the very same rink. Eren sighs, resting his cheek in his hand, eyes traveling the clean lines of Levi’s paused figure in the middle of a combination spin, poised in a flawless Biellmann. How anyone, even Armin, can’t see the pure beauty and artistry when Levi Ackerman skates is beyond him.

During a business trip, Levi and Eren are forced to spend an extra night at their hotel due to the heavy snow. Obliged to leave their old rooms, they manage to find another accommodation for the night. The only problem is that there is only one room left available.

i’m dying from the Ereri overload 🥵 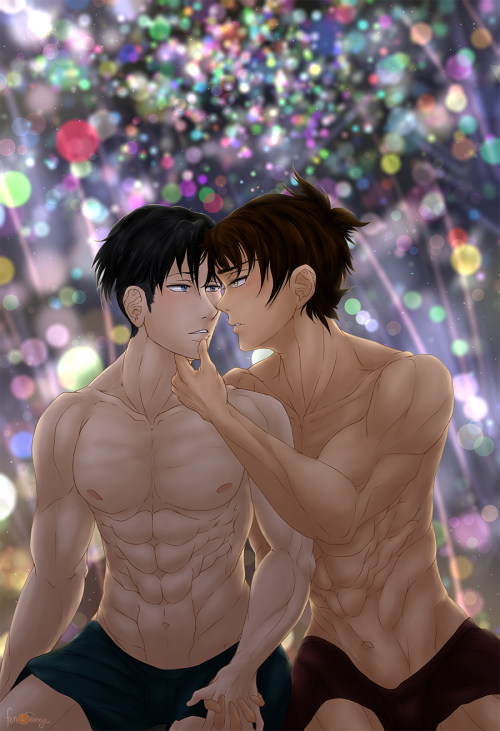 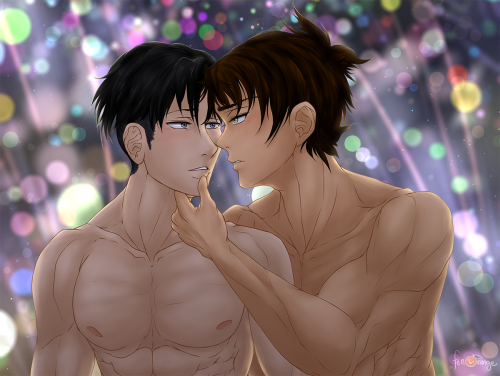 Zeke tells Eren the reason why Mikasa has protected him is not because she has ackerbonds, but because SHE LOVES HIM

This distinguishes the ackerbond as genetics not love (love was something Mikasa added on), but also confirms that Mikasa loves Eren (tell me something I don’t know, Isayama, like who the father is)

Does Erwin love Levi? I don’t even know if Erwin likes men, the only love that snk went over was between him and Marie. (I too, wish SNK was a harem anime, but ¯\_(ツ)_/¯)

Does Levi love Erwin? The last time we saw Erwin was when he was going to die. Levi had a choice to make, let Erwin live (team Hanji, Floch) or let Armin live (team Eren, Mikasa).

It’s a rose colored lens, take yours off.

My Home Is Where Your Heart Is by bfketh
(Rated E, 14,683 words, multichapter, complete)

Single father Levi is left scrambling to find an after school daycare for his daughter, Mikasa, when his regular babysitter announces that her husband’s job is being relocated. The only problem - they’re all far more expensive than he can afford.

The solution to his dilemma comes in the form of a college student, Eren, who will do it for a fraction of the cost - as long as Levi will save him from a steady diet of ramen and pop-tarts by feeding him dinner every night before he leaves.

Reincarnation themed story where Eren runs into Levi on the streets of London while he is on a holiday. He never thought he would find the man in the first place. This story revolves around them building a life together after overcoming some obstacles on the way.

Once More, Like it’s Our Last by tainted_ashes
(Rated E, 106,966 words, multichapter, complete)

After the death of his Uncle Kenny, Levi finds he’s put in a position as the new guardian of his cousin, Mikasa. When his partner isn’t pleased with the idea of taking the young Ackerman into their home, the raven impulsively decides that the two of them need a fresh start. So they move to the sleepy town of Shiganshina where their future is met when a teacher with a smile that was as brilliant as the sun itself enters their lives.

Part 1 of All Things Ereri!

The barista is cute, Levi is terrible and Mikasa just wants to curl up and die of embarrassment. 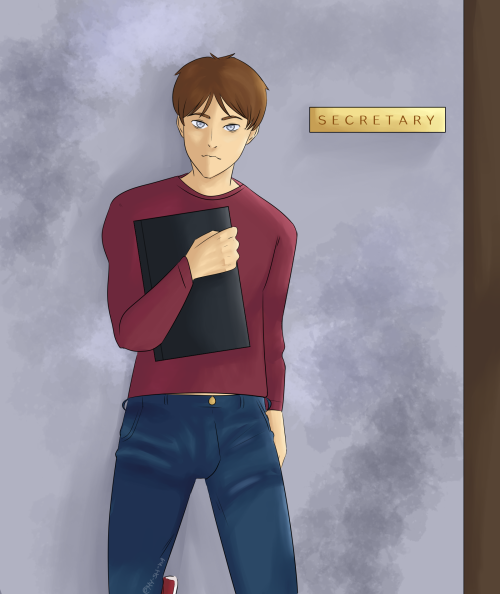 this is peak ereri interaction

Levi ackerman vs the world…where is it

Summary: On a routine day in late September, Levi Ackerman’s life is turned upside down when an emergency alarm goes off at the research facility he works at. He doesn’t suspect what will happen from there, that he will be taken hostage by two men who just happen to be aliens. But from that night forward, his life will never be the same.

This is my gift to you, @flamoria. This is the only way I know how to express my gratitude and appreciation for all you’ve done for me. You’ve been so encouraging to me, and I’m happy to have you here. Besides, you’ve given me two amazing gifts that I adore and bring me an abundance of joy, so what kind of friend would I be if I didn’t reciprocate?
I hope this brings you as much joy as your writing has brought me!

If anyone reads my fic ‘Hear Me’, I’m taking a lil break from writing that and focusing on my other fic ‘The Usual’ atm. Mainly bc I’m back at work I suppose. sorry if u read that

Chapterrr 22! I’ll warn u, its v fluffy. Also I end it off with some fic recs.

Thank you so much @dinklebert for this commission it’s amazing

Marry Me (because I’d like to date you) by SailorHeichou
(Rated M, 193,710 words, multichapter, ongoing)

Levi is a workaholic with no social life outside of work. Eren is his sassy Assistant of almost three years. When Levi is passed up for a big promotion because of his status as a single bachelor, Hanji decides to help him out by lying about his engagement to his assistant Eren. The only problem is that Levi and Eren can barely stand each other.

Or the story in which Levi lies about being engaged to his attractive assistant and now he has to go to Germany for a whole weekend to meet Eren’s entire family. What could possibly go wrong?