thank you to @abeautifulmindexposed​ for the name suggestion 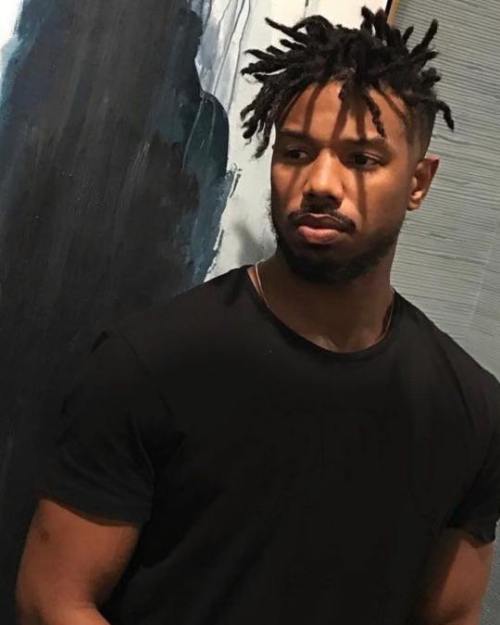 Summary: So much can change within 2 years. Erik Killmonger was able to briefly infiltrate Wakanda when he defeated his cousin, T'Challa, in ritual battle; at the end of the day, T'Challa won back his throne, but wanted his cousin to heal. After spending time in Wakanda for healing, Erik returns to Oakland with his cousin and becomes reunited with his childhood best friend after abandoning her a few years ago.

A.N: what’s this?? another part to Back to Oakland? an abandoned fic?? lmao yes! I have returned!! thanks to @texasbama​, @princessstevens​, and @youreadthatright​ (for shading me about this fic sksksk) and @ju5tp3achy​ for reminding me of this fic lol I missed it soo much and I still have big plans for it so enjoy!

Deafening silence expands over the room. It seems as if time has slowed down. Nia couldn’t fathom Kiersey’s words. God daddy? She knows of Erik. The only plausible reason for this could be Keyon showed pictures of him from when they were younger. Nia tilts her head slightly to the right, trying to make sense of the situation. Being a godfather takes responsibility and… you have to agree to be one, which means…

She sees red and immediately lunges at Keyon until she’d held back by India and Julian. Keyon quickly backs himself into the wall, remembering how well she could fight. T’Challa’s eyes widen at the scene in front of him. He thought his drama with Erik was bad. A shocked Erik puts a confused Kiersey back on the ground and cautiously approaches Nia. He takes extremely slow, calculated steps towards her. Although the siblings are trying their hardest, their strength is no match to her anger. She curses loudly as she accuses Keyon for this drama.

“Really Key!? You stayed in contact with Erik this wholeee fucking time and not tell me!?” She screams, moderately struggling to get out of the siblings’ grasps (apparently, they are strong enough to match her anger), “Is that why you had been distant over the past 2 years?”

A/N: Here it finally is! Finally, the aftermath of Erik and Gabby doing the horizontal dance and how quickly they fall. Enough chitchat, lets get into it!!! Babies, please comment and reblog and let me know how you’re feeling!! Be safe, babies!!

Fascination. Infatuation. Obsession. Their coupling had them sliding down a slippery slope where an end was nowhere to be found. Erik’s passion and fervor combined with Gabby’s gentleness and nurturing ways were a balm to each other’s battered spirits. This new way of life had both of their minds scrambled. Yet even in the midst of being ashore in a place not known to the outside world, they had each other.

S/O to @shaekingshitup​ and @chaneajoyyy​ I needed this challenge to get me back. It pushed me to finally get this out of my head. I played with the idea of adding a third chapter to this mini series, but damn it we deserve. I just love a happy ending and I couldn’t help myself. It’s short but nice. I’ll be doing another one. :) Hope y’all like it.

THEY’RE ENGAGED!!! INTERVIEW WITH THE PRINCE OF WAKANDA & FIANCE FALLON KING INSIDE…

This is for the Quarantine Writing Challenge prompted by @chaneajoyyy​ & @shaekingshitup . I’ve been trying to get  this out of my drafts forever! Now I can check it off my list.

Thanks for the inspiration!

Mahari Khamisi Owens is an undergraduate biology pre-med student with aspirations of becoming a neonatologist. Reserved, and a lover of all things anime, her junior year at Oakland University takes an interesting turn when she develops a crush on the Graduate Assistant for her least favorite class. Erik Stevens is charming and charismatic, but is harboring a secret that changes Hari’s entire perspective on him and awakens a side of her she never knew existed. Can she keep this secret or will the obsession consume her?

III. CASE OF THE THREES

I was inspired to write this fic a few months ago when discovering Jhene Aiko’s sister Mila J. She has a beautiful voice and had been criminally underrated in the music industry. I created this fic out of the narrative I found in her rmusic.

I hope you enjoy, my taglist is open let me know if you’d like to be added.