Please wish me luck as I try to read 20 books before the end of the year so that I can buy a new book ASAP! Also if I manage it I’ll have more than tripled my reading goal and be not far off of my last big reading year of 2015! I’d like to end the year having read almost 100 books!!! Also I know my bookshelves want that for me too!

Also I have two essays to write before the 4th and 5th of January with 100% and 75% of my grade respectively. So I’m definitely going to need all the luck I can get haha

I havent been in school for 8 months yet i constantly feel like i have an essay due ive forgotten about.

I don’t know if this is a hot take or not but Mel Gibson had absolutely no business making the passion of the Christ a) not badly historically in accurate and b) in fucking ARAMAIC why the fuck has an Australian actor made me put subtitles on to a film??? Some of its in Latin???? Wtaf???? Absolutely uncalled for!! Also it’s way too long!!

Why did my Jesus lecturer recommend this film? Why am I watching it right before bed? Why am I doing my essay on the topic this film covers??? Why is the film weirdly good???? 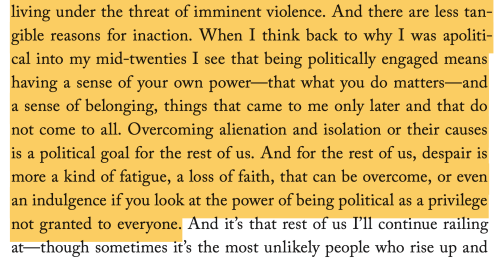 considering the similarities between both of my essays on narratives, discourses, and representations, perhaps references to Goffman’s work on Stigma, and Bordieu’s symbolic violence would be relevant?

writing about social problems associated with framing and narratives around race. I’m choosing to discuss mental health in black people, such as how the “black male and violent” narrative leads to misdiagnosing blacks as schizophrenic, inaccessibility to talkative therapies, and greater involvement of police services. there’s also the “unintelligent black” narrative, a perpetual discourse that goes as far back as the 1800s which is internalised in mental health practitioners and guides their decision to deny black people talkative therapies because they lack the insight to cooperate.

Mental health is seen as an individual problem, in the same way that poverty is. Yet there are structural inequalities that exist in our society’s institutions that go completely unrecognised. It is, in my mind, a vicious cycle. Black people deal with racism which creates their mental health issues or worsens it in some cases. But they can’t seek immediate help because the mental health service is not representative of them and is Eurocentric.

Is this just like, college? Cause it sure as hell is for me.

Vancouver referencing is the best kind. I won’t change my mind.

From one student to another-

Quite procrastinating and get back to your project you sexy ass 😉