for example you’re wearing a bikini and you can see the stretch marks on your butt and back, and you just couldn’t take it anymore. “i hate them” you frowned, making grayson frown.

you looked beautiful and you’re stretch marks are beautiful.

so he kissed them, nearly making you cry.

a small blurb written about grayson and his love language <3

grayson constantly wants to be near you. he finds it hard to think or concentrate when you aren’t at least in the house. sometimes you’re all he thinks about while grayson pouts at home waiting for your arrival. he just can’t help how attached he is to you - mental and physically.

one big thing with grayson is cuddling. in the car, in the sitting room, in bed, weirdly enough in the pool. He usually likes to do it, in bed though. Grayson just loves laying down with you after along day - and you never complain when his body is pratically crushing yours. you kiss his forehead and let him rest. In the sitting room, usually you’re both watching a series or movie and the cuddling just comes natural. You guys just end up intertwined. when he’s drunk he’s so cuddly, he really doesn’t care who sees, he even more obsessed with you drunk - a big baby in fact.

holding hands is also a big one for him. again, sometimes it’s not something he’s aware he’s doing. It’s almost like a reflex of some sort. If he can’t hold your hand, say if you’re out for dinner, he just places his hand on your thigh and rubs his hand up and down it - it definitely works you up, but you love it. When you guys hold hands, he makes sure everyone’s sees it. he’s like a kid in disney, swinging your hands to a tune you can’t hear.

time together is a must.

you guys especially picked friday night as a sort of catch up night. You order a takeout, have a movie on in the background, talk about what’s been going this week etc. Grayson really loves seeing how passionate you are about your work, family and friends. He thinks that’s why he loves you so much - because you communicate and do it so well. if you want space, you communicate. if you want to spend more time together, you communicate. it’s a trait grayson wished he had sometimes. But he’s learning along the way.

late night drives are the best way to spend some quality time together. You both love your rest and sleep, but sometimes you just need to get out and go for a drive. Sometimes you even drive to a local beach and sit out on a blanket and listen to the waves. Those moments are something grayson never wants to forget.

Especially around this time of year, halloween shopping is some hardcore quality time for gray. picking out costumes, buying way too much candy - grayson wanting to put a baby in you so bad after seeing you with the trick or treaters. And after halloween is over, you watch a horror movie (which leaves me to go back to the cuddling because you both can’t handle horrors) and you proudly eat most of the halloween candy! you’re not ashamed.

Grayson and words of affirmation:

grayson loves hyping you up. He’s the ultimate hype master. always commenting on your posts, hyping you up while you’re getting changed. constantly wondering how you ended up with him.

“baby, how the fuck do you look like that?” he asked kissing the side of your head, his hands moving down your body to rest on your hips. you just shrugged smiling and blushing like a fool. He just always knew how to make you feel loved - always. he never missed. Grayson almost gets offended when you call yourself ugly, he genuinely does. because you’re the most beautiful person he’s ever met. But he does love telling you at least five times a day.

He especially loves it when you praise him too. it really keeps him going. And you really know when’s he’s in some sort of rut and just needs a few words of encouragement, like if he was editing. “looks great honey” or “fuck! that looks so coo”

or if he’s not feeling himself one day, you take it upon yourself to hype him because again, he was the most beautiful person you’d ever seen! and you honestly don’t mind telling him that every single day.

it could just be a simple “look so good today!”

and it would just make his day completely, the smile wouldn’t wipe of his face even if he tried.

Grayson and acts of service:

Grayson likes to do things for you. Which you hate sometimes. When you move into together you split the chores and jobs you have to do in half and then swap around - it’s only fair. But if grayson had his own way, you wouldn’t be lifting a finger.

he does the dishes and you dry. but sometimes he just drys them anyways, which gets him an annoyed partner but a lot of brownie points. or when he strips the bed without any help, and nearly tore a muscle in his leg - he just likes to do things for you, it’s the way he communicates his love and you get that.

when’s it’s time to clean the toilet and shower, he doesn’t even let you near the cleaning supplies he’s already on it. He literally insisted he’d do it. You were never letting this man go, he willingly cleaned the bathroom.

dinner is on you, grayson loves it when you make food. because it’s the most devine food ever. He’s not even milking it, it’s honestly so good.

these acts of service make gray feel wanted and loved. domestic even, something he’s wanted to feel for a long time.

and he finally got that with you <3

in which ethan forgot larri was gay

e and gray unfollowed me so they got blocked. and after sister squad, their channel went and flopped.

maybe a late night drive, turned into some late night snacks!! you convinced grayson after about 15 minutes of driving, to get some ice cream. after some puppy dog eyes, his was convinced. he was going to say yes anyways, but he liked seeing you beg. (in more than one way)

“i want vanilla” you requested, concentrating on the toppings. grayson placed a hand on your back and moved you foward. “and sprinkles” you nodded to yourself. grayson chuckled nodding “you’re too cute” he said rubbing his hand up and down your back.

after getting your ice creams, you hopped back in the car and sat by a beach near by the ice cream store. “hmmm. this is some good ice cream” you moan and grayson nodded agreeing. out of no where he placed a little bit of his ice cream on your knows, it made you squeal.

“grayson” you pouted, he only laughed leaning over and pecking your mouth multiple times, tasting your vanilla ice cream.

“you’re lucky i love you”

Needy. That’s how you’d describe the way Ethan kissed you. His thrust heavy and sloppy because he can’t keep his mind on one thing. He can’t keep thinking about the way you sound in his ear, mesmerising like a siren, singing a song so enchanting if he were an old timely sailor he would’ve run aground.

The way you feel, clenching so tightly around him, your nils digging into his back. Shoulders clawed to sheds. The way you look, dripping wet in both aspects of the word.   against the wall with your legs wrapped around the small of Ethan’s back. Moaning into his ear.

“I love when you say my name.” Ethan’s thrust get deeper, blood pumping through his body. Post workout sex was Ethan’s all time favourite sex, it surpasses make up sex by a longshot and outperformed morning sex by miles. “Say it again baby—“

“Oh god oh god ohhhhh ffuuccckkk Ethan I’m cuming!!” Ethan pass fastened just the slightly bit, watching as you threw your head back and reached between the both of you to rub your clit gently, working through your high. Ethan loved how you opened your mouth and smiled with you came just for him.

“Oh yeah? You want me load in your pretty little pussy?”

“So badly baby c’mon, do it baby you won’t I know you won’t.” You teased, knowing full well Ethan always loved proving people wrong, even if it was you in this case. Letting his load shoot deep into you— warm and creamy.

Two days after your period didn’t show you looked down at a very faint but very positive pregnancy test while Ella and Ethan made vegan chocolate brownies in their matching pumpkin mugs. 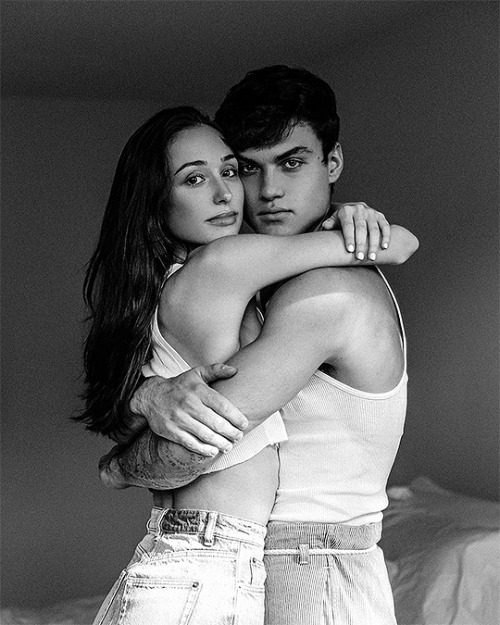 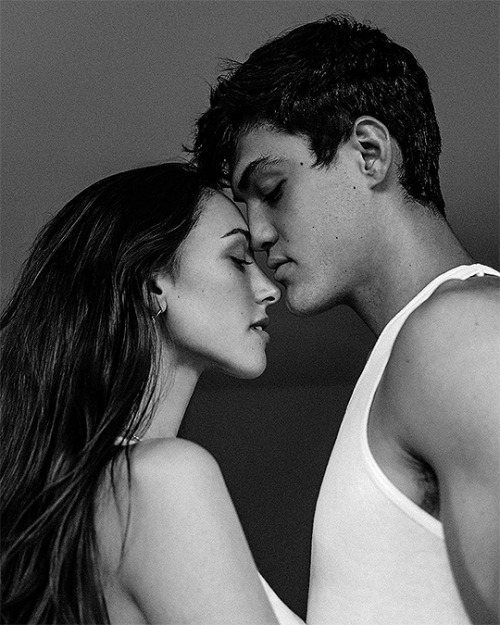 when i tell u i gasped-

Currently working on a fic, its something quite sad (I’m tearing up writing it🥺) but I’m kinda proud of it so far :) I haven’t quite decided which twin I want it to be for so if you guys have any preference feel free to let me know!!

@i.drewit: Always a vibe with the boys 🙏 had the privilege of tattooing my bro @ethandolan 💪 good hearted people don’t come around very often now days 🖤these guys are beyond that 🙏 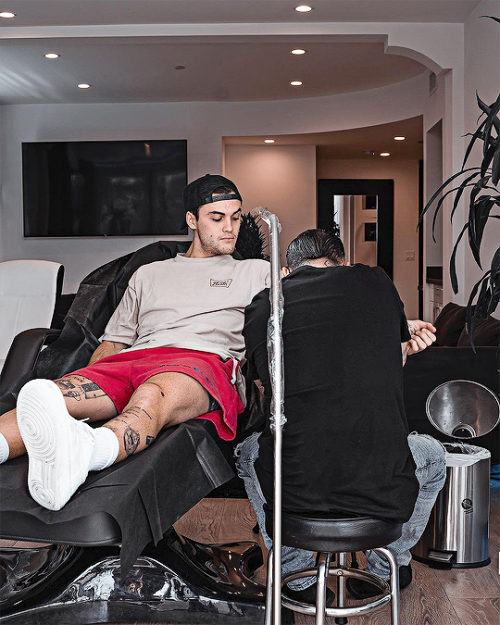 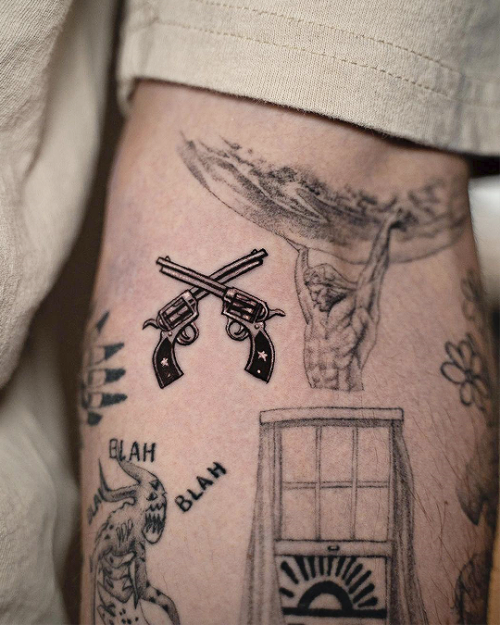 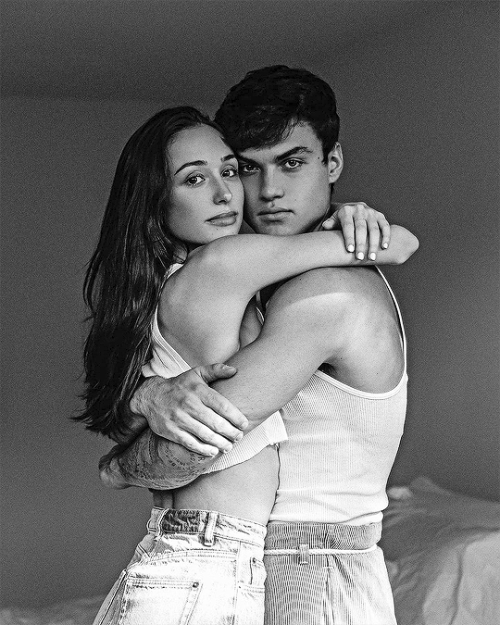 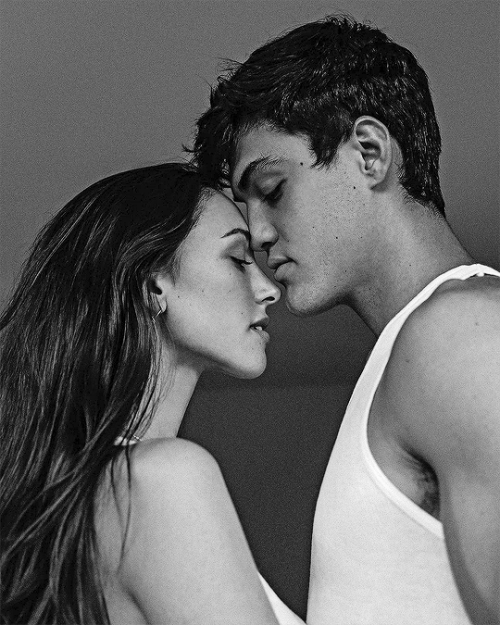 “baby, it’s ok, i’m here” grayson said picking you up so you lay in his lap. He continued to rub the back of your head and kissed your forehead multiple times.

“i’m sorry” you say drying your tears. grayson shook his head, pecking your lips. “don’t say sorry. you’ve nothing to be sorry for” he said his hand moving down to your back.

“how about a midnight snack?”

send in ur requests guys? what do u wanna see tonight