“I wish I could fly though, even if it was just a lil bit…it’d make things more…interestin’, heheheh~” 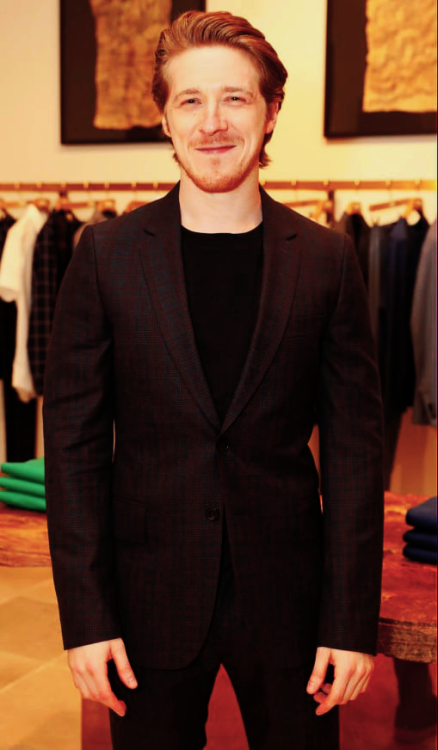 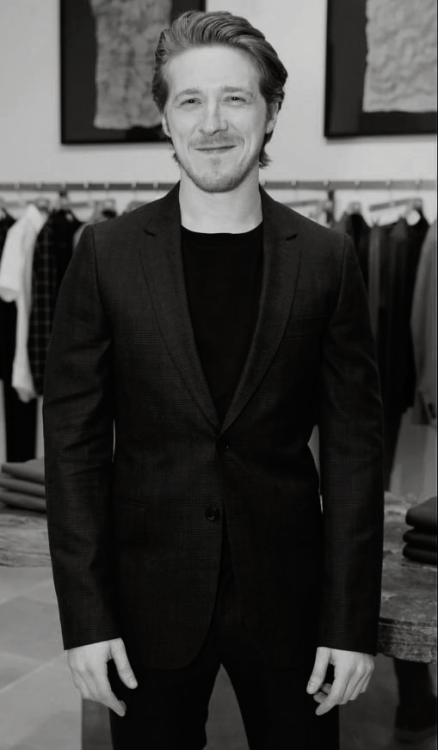 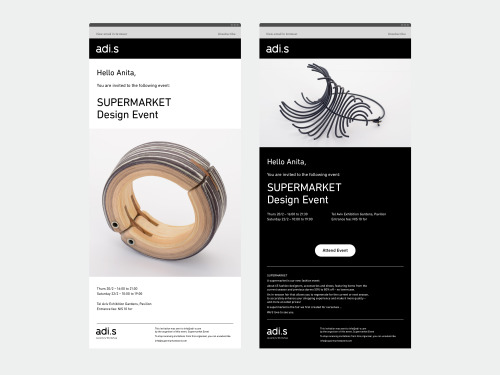 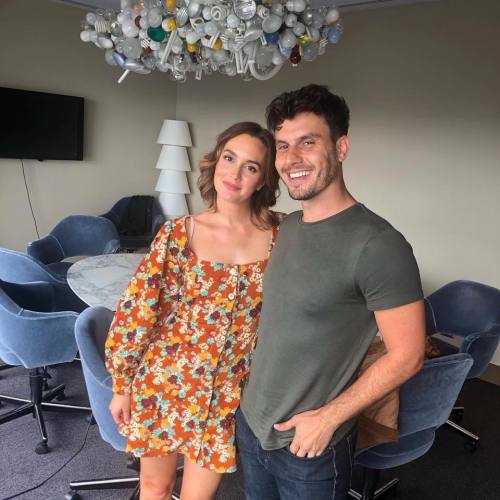 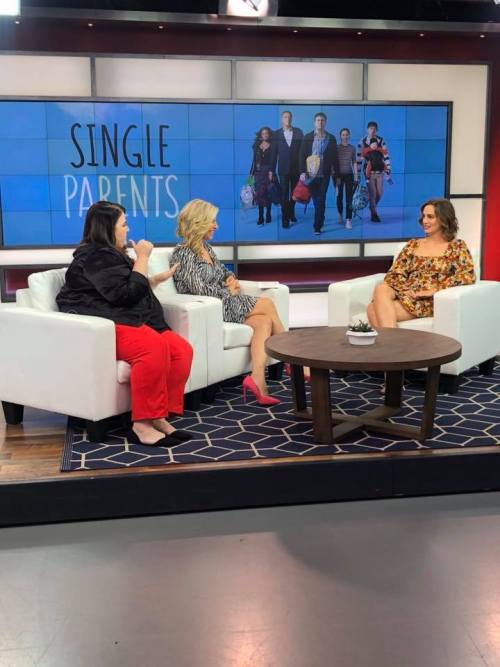 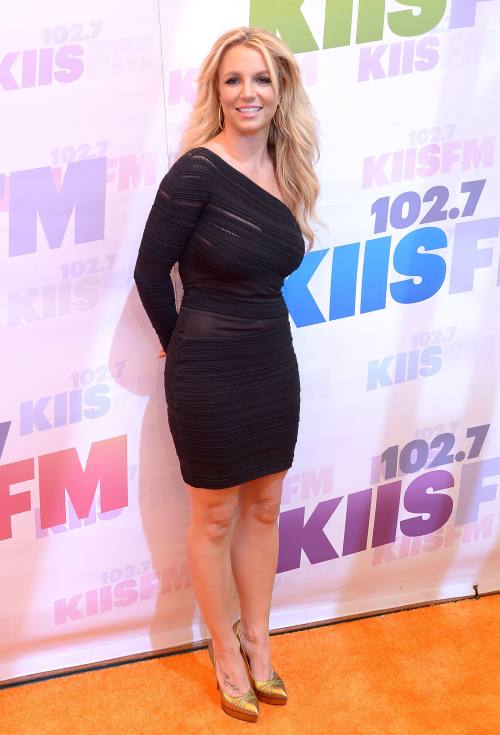 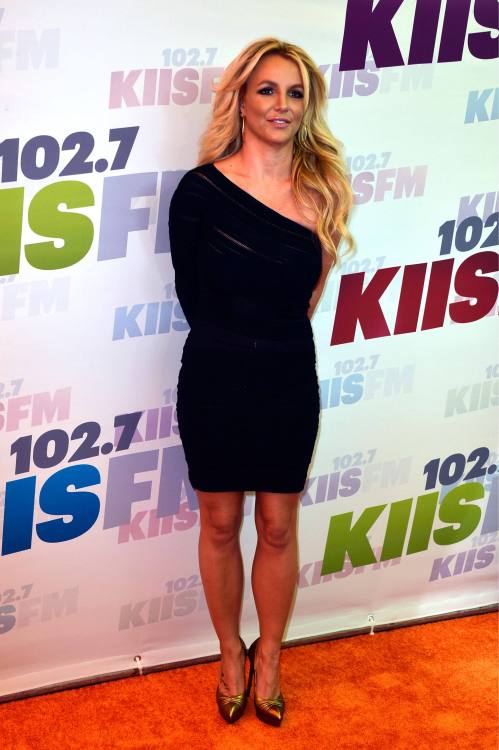 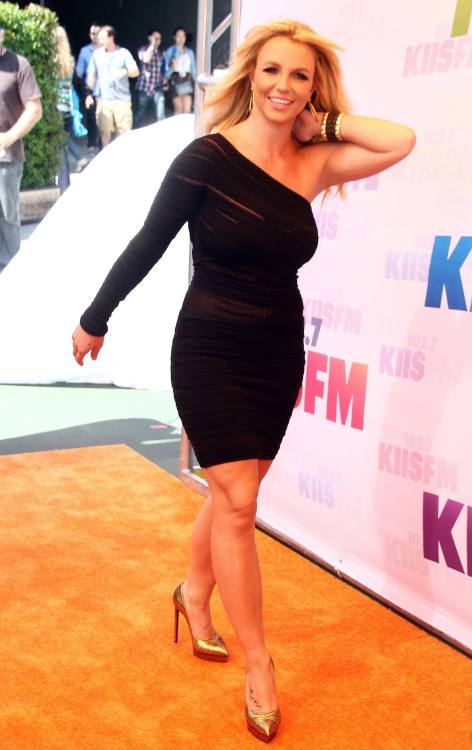 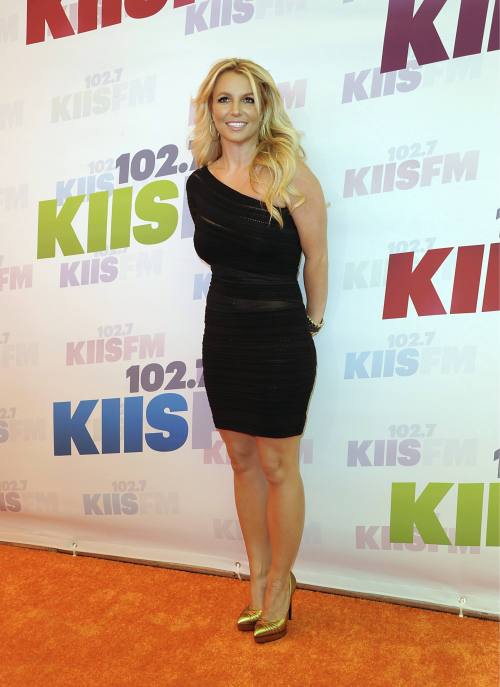 Jess spends the rest of the day contemplating her options. Come clean and let her family know everything? Maybe she can just tell Ant to get it over with? She knows if she tells him, he’ll leave her. He’ll take the kids and leave. That’s what she keeps repeating in her head. 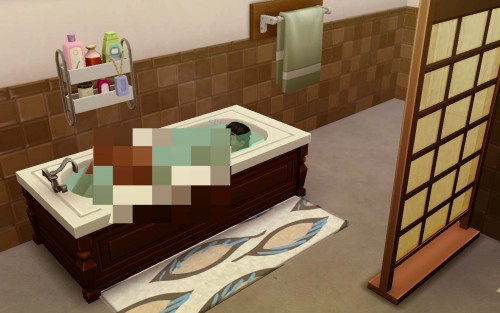 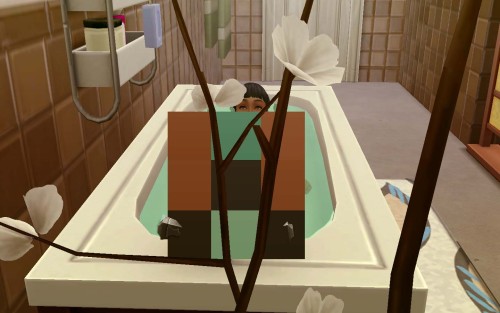 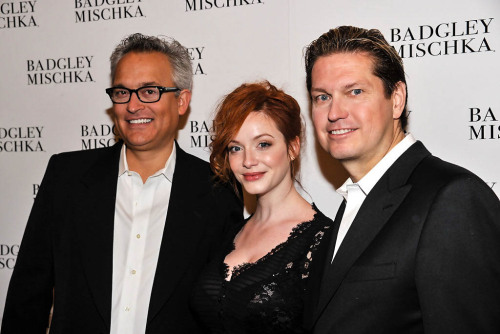 Chris Pine attends the premiere of Disney’s “The Finest Hours” at TCL Chinese Theatre on January 25, 2016 in Hollywood, California. 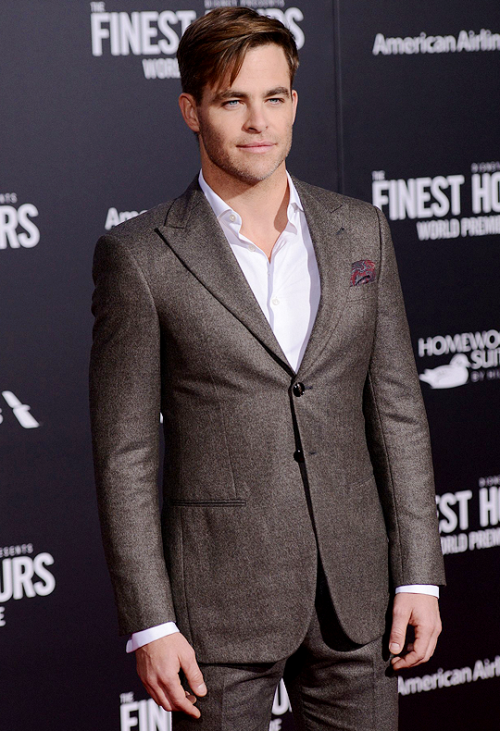 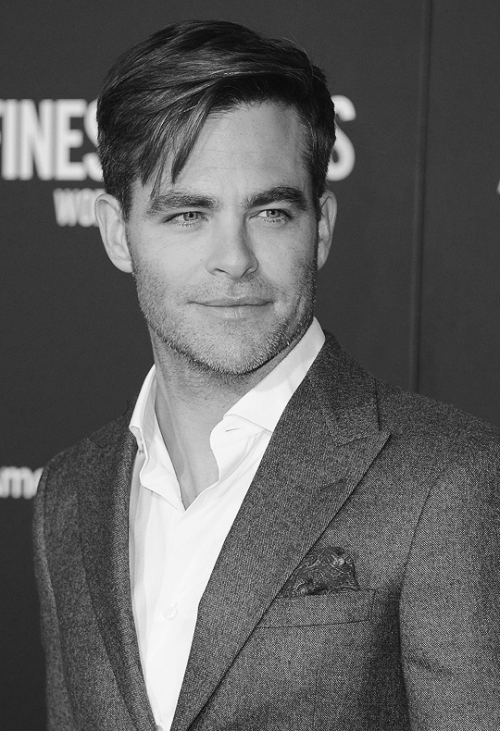 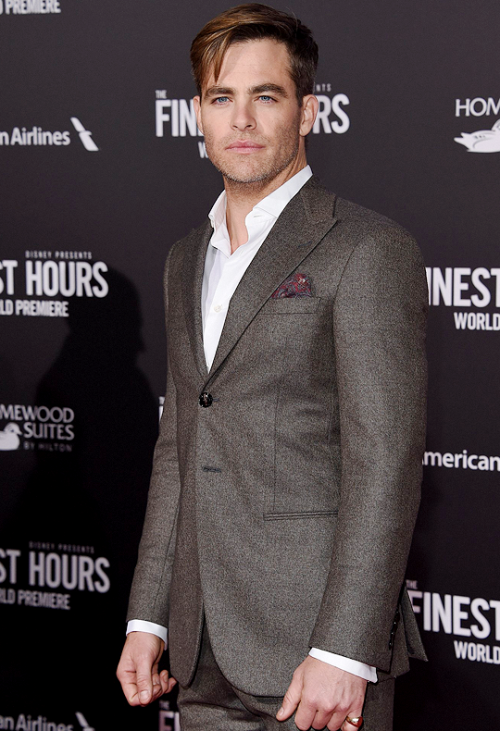 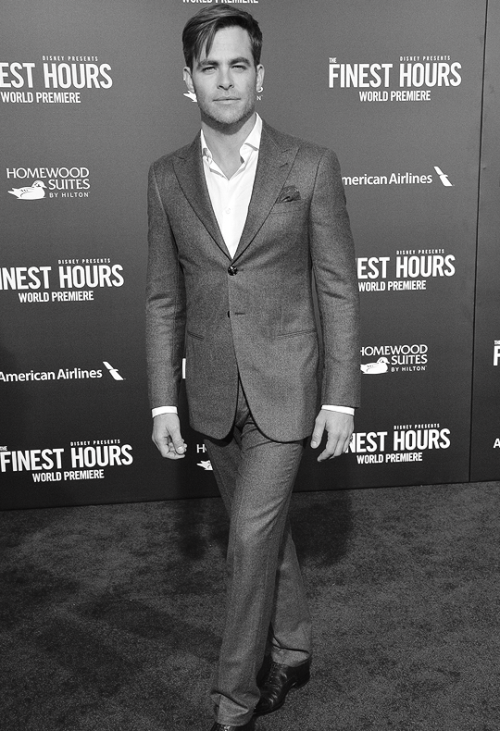 Just about what she’d expected of high fae. All the glitz and glamor the Night Court could provide, and about as comforting and inviting as the mountains in which they resided. On the outside, this reception could pass for a festive celebration. But something distinctly cold and somber hung over the proceedings, something that set Hekate’s spine tingling with goosebumps and irritation. They could have done more, in her very strong opinion, to celebrate the heritage of their new nymph queen. More flowers, even more than were already on display, more music, more dancing. There could always have been more.

Truthfully, no matter how much time and energy the Night Court had thrown into the celebrations, Hekate would never have been satisfied. This whole arrangement dissatisfied her, and were it not for the deep abiding love and trust she placed in Rosaline, she would have been loudest among the throng of dissenting voices. Throwing a pure and beloved nymph to these… she couldn’t think of a strong enough word to describe them. The only way she could see them being more cold and uninviting would be if they’d been the Winter Court. It was appalling. And in the hands of anyone but her Queen, Hekate firmly believed that this alliance would have been doomed from its conception.

As it was, she trusted Rosaline more than anyone else in the world. So she held firmly to that trust like a life raft, praying by the second that this would all be worth it. That Sophia would be safe. That The Garden would be safe. Still, that faith did nothing to temper her sour mood. She needed to find a familiar face to vent to, anything to get away from these high-and-mighty High Fae and their peacocking. After a minute of wandering, such a face came into view. “Aida, dearest, how are you holding up?” Hekate’s eyes traversed her fellow Thorn, looking for signs of distress or upset. Dealing with other’s problems was always easier than dealing with her own. “I wish I’d brought a jacket. You’d think they’d never heard of heating up here.”

And so the night began. On the heels of the grandeur of the ceremony, the reception had to live up to all expectations—mainly being an evening of true celebration and revelry.

Lysander Caerwyn was a man well acquainted with celebration, and one who considered himself a master of revelry. Accompanied by a veritable bacchanalia of sporting fae and humans alike, all quite buzzed already and fired up for the night’s entertainments, he strode into the reception hall like a god walking amongst his own devotees. Yes, yes, the Night Court had a sort of frigid splendor to it, all gothic vaulted ceilings and dangling silver and crystals. But he did not put a shred of faith in them to throw the kind of post-wedding bash that his dear Sophia deserved. As far as Lys was concerned, this reception was a test of the Night Court and its leadership. Provide ample entertainment, good company, and something close to happiness, and perhaps Lys would be willing to change his less-than-stellar opinion of Beaumont and his court. Show that the lofty halls of the King of Nightmares could ring with laughter and merriment, so that his bride wouldn’t wither like a rose in winter. Maybe then, Lys would be willing to take this alliance with any degree of seriousness.

And maybe he would be more ready to trust that Sophia would be safe here. Really, he didn’t trust these mountain-dwelling fae to give Sophia what she deserved at all. It wasn’t jealousy that colored his opinion—what he’d shared with Sophia Wren had always been far from serious—but under it all, Lys still had a heart, as well as a simple and firmly held belief that such a fae as Gabriel Beaumont was incapable of providing the kind of emotional warmth and comfort that nymphs needed to survive. The man was as warm as marble and as comforting as an angry chimera. Poor little bird… she really was being thrown to the wolves, wasn’t she?

“The man of the hour,” he purred, sliding up to the dais where Gabriel was seated. For the moment, Sophia was nowhere to be seen, which was all the better. He knew she would not be able to handle the barbed words that were likely to pass between her new husband and her former lover. “I suppose I should congratulate you, again. You actually went through with it. Tied the knot and everything. Now comes the harder job: keeping her alive and happy. I won’t lie, Gabriel… I’m not optimistic on your chances there.”

EVENT #1: A Rose by Any Other Name

The entirety of The Garden is turning out to watch their beloved sister Sophia wed the imposing High Lord of the Night Court, signaling the true beginning of their alliance. Naturally, Hekate is attending as well. She wouldn’t miss Sophia’s wedding for the world, not after having watched the ethereal young woman grow up into one of the most coveted nymphs in the world. She just wishes this day had come under better circumstances. Hekate has never kept her disdain for outside fae a secret, and everyone knows that the Night Court is a cold, dark place far from the elegant beauty and warmth of their home. Sending Sophia into the jaws of hellhounds rankles the Thorn deeply, but she trusts the Queen of Roses more than anyone else, so if Rosaline believes Sophia will be safe, then Hekate must believe so, too. Tonight, she is bedecked in pale blue, flowers garlanding her entire body, woven into her dress, her hair, at her ears, and around her wrists and ankles. Her wings are glamoured out of sight, so that her status as a nymph will not be too easily recognizable. More than anything, she wishes to keep her eyes and ears peeled for any whispers of trouble with the impending alliances. If the Night Court, or any of the rest, have ill intentions for The Garden, Hekate wants to be the first to know. And the thin daggers strapped to her thighs are practically inviting trouble. 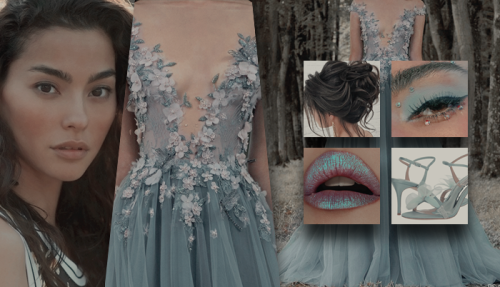 EVENT #1: A Rose by Any Other Name

This evening is to be nothing short of spectacular, truly a frontrunner for the wedding of the century. And with all of Astralis invited, even Lysander, there’s no better time to roll out the latest in Dawn Court fashion. But underlying the festivities is a distinct air of trepidation and tension. Lys and Lorelai are attending together, brother and sister united in the face of the alliance this union brings to fruition. While Lys and his court have always been on good terms with The Garden, they’ve never been particularly chummy with the Night Court. Watching the two powerful entities formalize their alliance is, frankly, worrisome. But he refuses to show any such thoughts this evening. No, tonight, he’s here to celebrate a momentous occasion for one of his favorite nymph companions, Sophia Wren, and to show up her gloomy groom as much as possible. His outfit matches Lorelai’s, and together the Dawn Court High Lord and Princess arrive appearing as the phoenixes their people revere so much. Red and gold adorn his body, though his chest peaks out under his coat and cap through a mesh top designed to tantalize. Striking makeup and a sunburst crown studded with golden roses reminds all who look upon him of his status, and his wings have been glamoured, like Lorelai’s, to appear as though they are engulfed in flames. The goal is to turn heads so hard their necks snap, and remind everyone that no one outshines the Dawn Court. 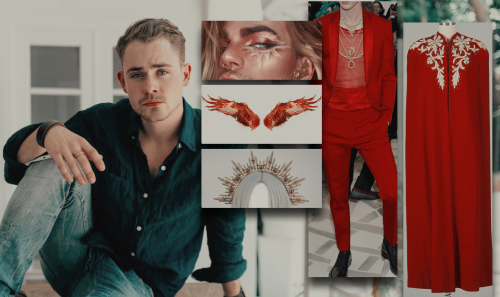 he was not sober when they picked this, and wants it to be clear that he will not be as happy as the cucumber man pictured above. he will also not sing any silly songs unless provided ample amounts of alcohol.

cam will be wearing the chicken suit to embody the title character of the game (and his own nickname), but with a few slight twists: instead of trying to catch falling eggs so they don’t hatch chicks (which add up and inevitably lead to losing the atari version), he will be handing/throwing? them out, each with a candy peep inside. he can’t be convinced that anyone actually enjoys eating them, so receiving one is a loss in itself. 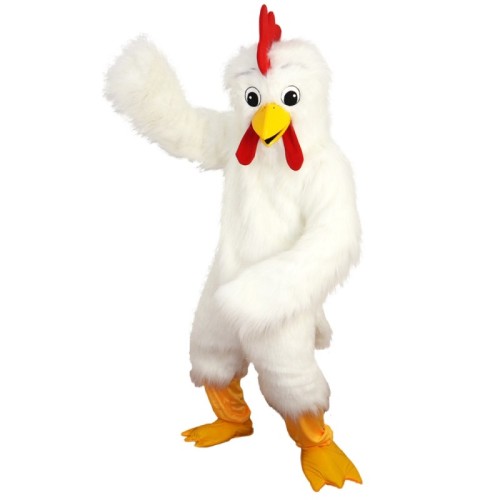 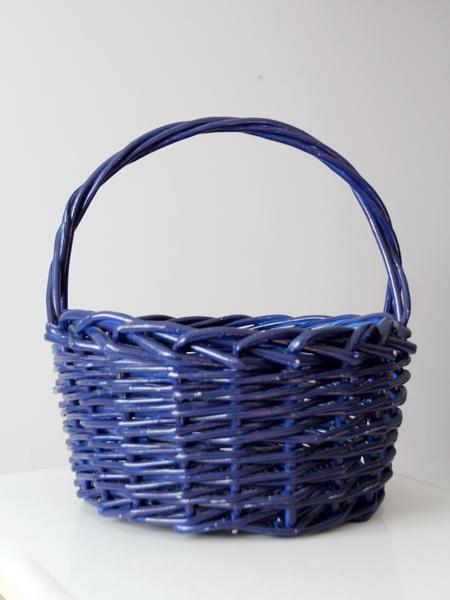 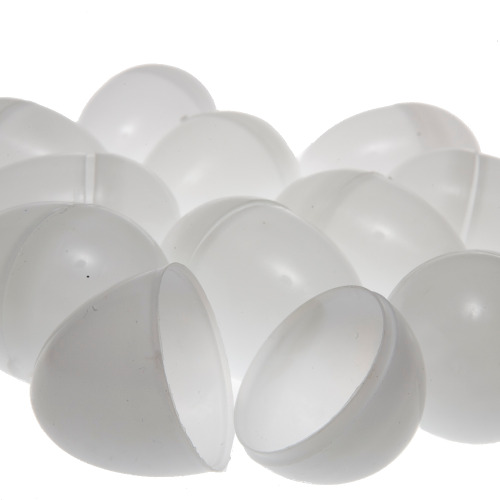 In this Event 1ps and 2ps meet to discuss issues in both worlds, see how they interact and maybe learn they’re relationships with each other. something special lurks in the darkness of this event that the ticker of time slowly move too ;)