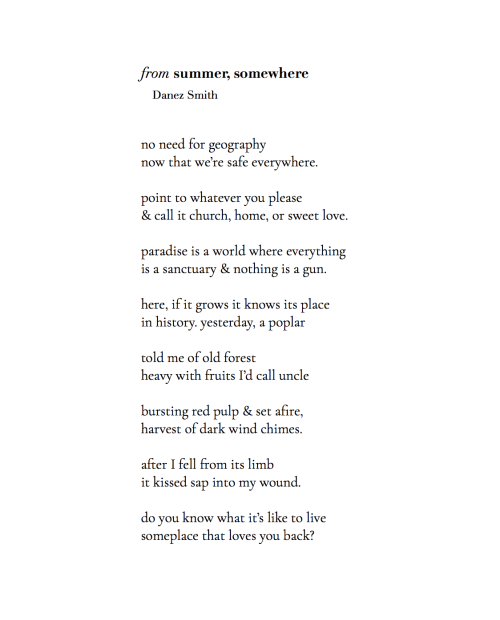 I have edited just under 6000 words from this fic and I am not even halfway through so I am hoping that posting an excerpt will help get me back into the mood for it so that I can finish it. It’s been about 10 months since I started it and I would really like to finish it before I can hit a full year from the birth of that idea. Here’s hoping and a snippet to go with it! XD

“Darcy,” he’d only made a step closer to her when she disappeared, denying him the chance to even reach her and he couldn’t be angry at her when she already had all of his heart. Like mother, like daughter.

“Take me with you,” Griffin spoke before he’d even figured out what to do next, robbing him of his focus after she hadn’t wanted it all those years it had been on her. And she’d used to say he was the selfish one. She wouldn’t even let him think in peace when he had no clue where to find Darcy. He didn’t really know anything about her. Least of all that she was his daughter.

“Why?” he snapped as he whipped around to glower at Griffin. He didn’t even know what exactly he was asking her, what explanation he was looking for from her when she’d made it perfectly clear he couldn’t get anything from her. It was all her fault. Everything that had gone wrong in his life was her fault. And she’d done the same to Darcy. He could understand hating him. But her own daughter?

“I know where she’s going,” Griffin said, making him hate her with the reminder of how deeply they’d always been entangled. He hated the fact that she had a good reason to take up the time. But if her words were true, she could save him a lot of time and effort. If.

“I’m just supposed to free you?” He wasn’t falling for that, as alluring as her offer was. He’d fallen for her too many times. And he’d let her take too much from him – his life, his daughter, herself. He couldn’t let her out. He was only safe if she remained in her cell. It had taken too much strain to put her there when all he’d wanted had been to feel her at his side again as he’d never been more secure than when she’d had his back. Even when that had allowed her to stick a knife in it like no one else had ever managed because he hadn’t allowed them to. He’d allowed her. And he would do it again if there was nothing to physically keep her away.

“You really think I care about anything else other than my daughter?” she snarled at him, her outrage so genuine it had him believing her.

“You abandoned her,” he growled at her, the hurt crossing her face doing nothing to soothe his own burning wounds just like he’d known it wouldn’t. Nothing could heal him, not even her own pain, otherwise, he would have her spilling all of it to make an ointment for his soul. He’d spent seventeen years in an ice block not even knowing that he had a daughter. And after taking Darcy away from him, Griffin hadn’t even kept her. She hadn’t even taken care of her. Did she really hate him so much that she’d abandon their daughter?

“I didn’t,” Griffin stressed, determined to convince him, and he believed her. He wanted to. He wanted to believe that there was another reason for her to have given away their daughter. Not just because Darcy was his.

He believed her and she was out of her cell, leading him through the castle. His pulse quickened but his heart wasn’t thumping that loudly in his ears anymore when she didn’t try to run away. She was headed for their daughter and he felt some of his love for her coursing back through his veins when he wasn’t trying to counteract it with the hate he had to force his heart to produce. Maybe even a bit of trust crept back in his being. But that he wasn’t so appreciative of so he tried to push it away like he couldn’t hope to do with her.

“yeah, of course i was bullied. of course i hated it and most days i hated myself. but as i got older, i became more comfortable in my own body and i eventually loved myself like i loved the people who supported me. i wouldn’t change me for anything”

I don’t want to lose you

And you’re not with me

So this goes nowhere

Maybe you’re in your

own world all alone

You need help too

But can’t do anything

Will cross in time

I hope, i hope

[excerpt from my journal]

i am waiting on july, i don’t know why but july means hope right now, means change (hopefully a good change), means a new beginning, means breath,means rest. in july all will be well again, you know? in july i will be myself again, a new me maybe, but me. i know it. july is my hope. i only have to survive june, sigh.

When you really think about this….it makes a lot of sense and could be the reason for all our phobias.

from - Any Ordinary Day by Leigh Sales

This is an excerpt from RhinoMouse’s work :temporal manipulations (https://archiveofourown.org/works/18640942/chapters/44961685#workskin). The entire chapter and the chap before? It was what our government has been doing. In this author’s standpoint, would you call it martial law? Would you call it overstepping the line? Taking people like Lord and Vandal Savage… The vice president being in custody? Are they good for this make up world or were they right, it is to clean the present to have a better future?

We have our own Maxwell Lord, Lex Luthor and Vandal Savage.

We have a Vice President Baker.

What’s worst? They are not after aliens, they are after fellow Filipinos who cannot fight and there is no Kara Danvers, no Supergirl, No righteous Kryptonians, no Lena Luthor, no Alex.

It’s just one man who saw how hard it was, one man who decided to rise with the masses, the middle class, the poverty class and the below poverty.

This…from a standpoint of someone living in the Philippines who is not part of the privileged few, who had experienced life under the government from Marcos up to the present, from someone who I think has more say than those whose knowledge of my country and my government is base from articles mostly written by foreigners, by people who have no real insight in the inner workings of filipino minds and life, by people who hated the government’s current action against oligarchs because it is stopping their bread and butter. We are fighting.

Our president would not have won and get majority of support from filipinos inside the philippines if we didnt see how he cares about the little people and not the one with money. The excerpt I have attched is my government and it is trying hard to fight that rot within, but those that benefits from these rotten tomatoes are using dirty tactics like misinformed propagandas because they want to be in power again.

The alleged stepping on the right of speech? If that were true, if you have read reports about an actor who had said a lot of mis guided informations and even threaten the government live in the internet, that rant should not have been shown, but it was and he is still roaming around making shows.

I have learned a lot of things at tumblr, political and social standpoints which I hd been blind before, I read about hardships, racism, abuse, etc, and as someone who had experience of every government since Marcos regime, I say my government is fighting corruption for real, cleaning it from the inside and out, we are trying to stop the rot from spreading.

Did you know… In 1985, Marcos did not flee from the Philippines but was abducted? Him and his entire family? You who keeps on spreading these bad informations about the Marcos Govt, about the Duterte government, have you read all the “stories” that were showed that were not embellished by the yellow turds? Do you know why the US was so invested in taking down Marcos and putting Cory in the government? Read something other than those books written during the time of Cory Aquino and the subsequent presidents reign, watch interviews of key people who had opened their mouth and tell you anecdotes of truth. But our government now… We are trying. We are fighting in the way we Filipinos know how.

How is your government doing about the rots in yours so far?

If you are not a Filipino, who knows nothing much about my country, please let us handle our own. We have a lot of cleaning to do.

And Pres Marsdin is right in this excerpt, we Filipinos have decided, “It is time to say No more.”

or is it yourself

let them stare, sweetie
let them wonder
how come you’re smiling
while going through pain

let them talk,
whether it be true or not,
those are just their words
may it not change you

let them be them,
but remember to be you,
not like them

feelings: It’s sad not wanting to finish a novel because it is not how you wished it to be but I am determined to simply have a first draft and a lot of work will be needed when revisited. I am hopefully only 20k away from the ending.

“Prometheus stole fire from the gods and gave it to humans. Until we had control, there was fear of getting burned. Fire was the first tool. The very first technology. A symbolic link from the visionary inventors of history to today’s technological free-for-all. If history is any indication, then to control our very nature as humans, to subvert the boundaries bestowed by history is only adaptation. Elevation and evolution. Innately human urges. Regression, nostalgia, these only escapes. We move forward, stepping into the same fear which guides us. Prepared to become happier, healthier… More beautiful.”

- as said by Rutherford Tusk, a character from my W.I.P. and first full-length novel, The Dream Demon

“It’s… overwhelming, to say the least, reading the old unsent letters I’d written to you, all those months ago.

The certainty with which I spoke of the future.

It’s going to be so awkward.

And now, here I am. Sitting here, having seen you again, many times, without (much) awkwardness. You liking me like that. It doesn’t feel real.

I’d spoken of a story, once; a story that would, in all likelyhood, be absent of a happy ending. A story that I was sure would be ours.

But now the impossible has happened. And many things remain uncertain, but I might just have to stop attempting to predict the future, in favor of basking in the present. Because sometimes, the present is pretty okay.”

-excerpt from a book i will never write

good for your meditations

Technically, this would happen later in the story but it’s something I wrote because I was feeling self indulgent. Idk if I’ll keep it but please enjoy

I hate this fucking line, but I refuse to delete it.

#excerpt, #you stupid fuck i love you, #meeting shadows, #its got ben wyatt from parks n rec vibes, #kobra kid
1 notes · See All
Next Page