extra credit in my personal finance class for this weeklong stock market game and I was stable in 2nd place and then this Maddie girl came along and ive dropped to 5th and its really annoying and all but holy shit shes killing it like we all started with $50,000 and she has a market value of $45,808.76 in the like three or so days shes been in it where her runner up has $4,189.60 like yea im disappointed and all but damn girl you fucking go

I’m feeling a lot better!!! I was kinda depressed for a bit.

In other news, I got fucked all of yesterday. Fun times!!

#extra credit, #I came twice, #it felt so good, #holy shit, #I was the teacher, #my partner was the student, #she was failing, #we did, #fuc c c k, #gods above
0 notes · See All
ask-hogwarts-indiaText

“Extra credit question, which is the most heavily haunted location in Great Britain (1 point), and why do you think that may be (2 points)?” 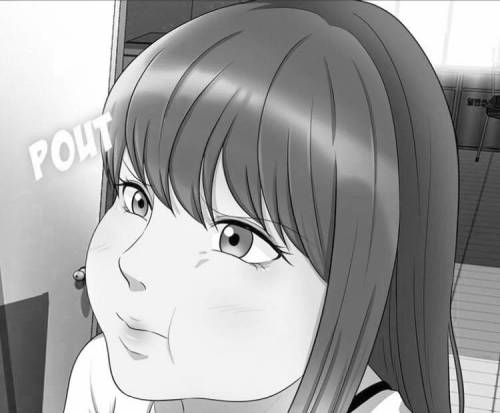 I created a terrible song for extra credit. I love the music but hate the vocals and visuals. 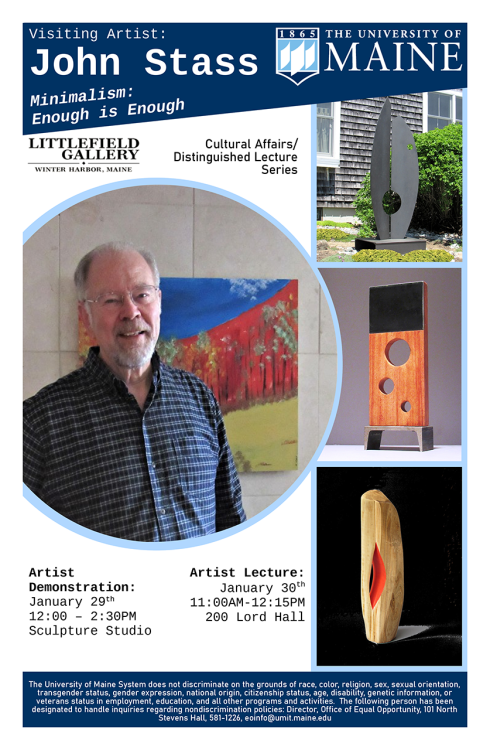 In this post, I will continue my thought process about the Code of ethics found within the show Catfish: The TV show. Particularly through its investigative and interviewing means.

Simply put, Max and Nev, the hosts of the show catfish have no tact when a catfish turns out to be someone who isn’t who they say they are. More often than not, instead of focusing on their overall deceit of identity. They will harp on details that very much border on fatphobic, transphobic, etc. rhetoric.

The language that the hosts of Catfish utilize frame the catfishes as their insecurities so thoughts such as “that person is overweight, of course they hid their identity.” or “that person is solely problematic because they were lying about what genitals they have” are positively reinforced by the hosts which only serves to further these harmful rhetoric.

In one episode, when it was found that a catfish was someone who is female, Max and Nev choose to focus on the fact that she would “trick” women about her gender and genitalia. Nevermind that she very clearly objectified the women that she was with and even clearly stated that she could “covert” straight women to “sleep with (her)”. Even if unintentional, Nev and Max perpetuate the transphobic rhetoric that someone must disclose their gender or they are not to be trusted.

The show catfish is morally gray enough as it is as a reality tv show on MTV. However, I do believe that it was started on good intentions, wanting to make sure that people stay safe in their interactions with others whose identities are not fully revealed. However, Nev and Max could stand to revisit ONAethics and create a new Code of Ethics.

In this post, we move away from news outlets and closer to investigative vigilantism with the show Catfish aired on MTV.

The premise of Catfish as a whole is that two people will be in contact over social media, but more often than not, one party will be skeptical of the accuracy of the other’s existence (due to a lack of pictures, reluctance of video calling, etc.). The skeptical party then contacts show hosts Nev and Max who then investigate the catfish in question: going through their social media, tracing their phone number, looking for pictures, anything to reveal the identity of the catfish.

If we suspend our theories that this entire reality tv show may be scripted and believe for a second that these men are indeed conducting investigations to find the unknown identities of these catfish, then we are able to pin down and identify the sketchy ethical code that these hosts have given themselves (and how it moreso contrasts with my own ethical code)

For this post, we will focus on the topic of age and privacy within the show Catfish. While it can be expected that the public profiles Nev and Max search through will appear on tv (their methods of research do, of course, take up ~1/3 of the screentime ), there are times where they find out that the catfish in question is a minor, who they then proceed to film and name anyway.

Through my code of ethics chosen on ONAethics, I picked that minors should only be interviewed but not named nor photographed in favor of keeping their privacy until a certain age.

Catfish goes directly against that as they proceed to investigate these minors and air the episode to the public who now know these minor’s identities and rough location. In my own opinion, this is wrong. Especially for minors whose lives are just starting where they are applying to jobs or college, catfish can serve as a painful reminder to a folly that they committed when they were younger and inexperienced with the world and even serve as the purpose of why they did not get a certain job or get into a certain college.

Catfish in layman’s terms, is the bane to my existence. Because their Ethical Code is so different than mine, I find it hard to agree with their investigative and interviewing methods.

I will continue this thought process in a pt. 2

In this post, we explore part two of the PBS Frontline “News War” specifically looking at the topic of freedom of speech in controversial articles and the power that the Government has over journalism.

In the year 1975, during the height of the Cold War,  news outlet The New York Times published the details of classified U.S Navy Missions whose objective was to spy on the then Soviet Union. In response to this, measures were attempted to prevent future disclosure of these missions. Seymour Hersh, journalist at the time, stood his ground as he knew that the first amendment was on his side until the Government left him alone.

In my personal opinion, this type of journalism, the one that opts to question everyone, especially the Government, in favor of societal benefit is true journalism. We should definitely spread the information that everyone deserves to see, even when higher powers say no, because that is the right thing to do. I believe that this pertains to all decisions that our Government makes due to the (personal) belief that they should not be acting out their own agenda that is consulted without the public in the first place. So when they go through measures to try to silence news outlets that seek out to bring their secret actions into light, we as reporters (and citizens really) should remain skeptical and continue to seek out the truth.

Continuing further, measures taken to protect journalists’ freedom of speech needs to be revisited often. In a militaristic, capitalistic nation, we often see the Government/monopolies controlling several media outlets that are framed to “show different views” and see them try to censor certain topics (anti-america views, lgbtq topics, etc), but we must remain skeptical and ask our own questions to get answers for ourselves.

“The Devil and Tom Walker,” by Washington Irving

(I laughed reading this)

#stories, #short story, #homework, #extra credit, #assasinate me, #this story is like eight pages long, #and i’m only on three, #end me with honor cow teacher
1 notes · See All
lotrreactionmemesText

One of my professors is offering extra credit to anyone “brave enough to dress up for class” tomorrow. Any ideas?? Please and thank you!

My English teacher felt like giving extra credit for our test. He decided for the extra credit to be a shark having dinner. 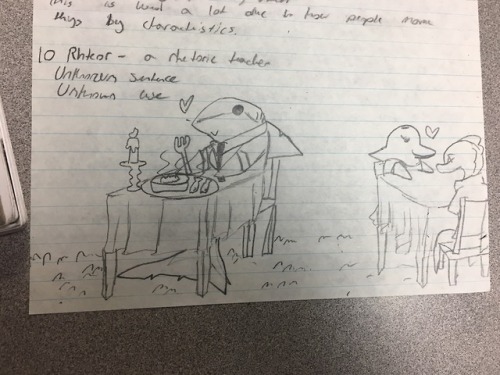 A throwback comic titled “Extra Credit” I sketched back in May that is such a college mood I needed to share.

Thancred is no stranger to bad days.

Thancred has most definitely had a lot of bad days since the Bowl of Embers, since Urianger’s machinations came to light, since he betrayed the Ascian they thought he’d allied himself with, and since Warriors of Darkness left for their world and took Minfilia with them.

It isn’t every day, somehow. Even though Minfilia’s absence clings to him like static, tinging the edges of his awareness with emptiness that aches if he makes the mistake of thinking about it, every day isn’t necessarily a struggle.

#WriteFFXIV2019, #Thancred Waters, #Extra credit, #Gwencred, #Guinevere Ashe, #depression, #working through it, #something is better than nothing, #anything worth doing is worth doing poorly, #recovery, #growing, #it gets better, #lending a hand, #growing closer, #helping friends irl with similar stuff, #been through a bit myself, #its tiring, #but it does get easier, #vague venting via writing, #my writing
18 notes · See All
songsofbloodandfireText

(This is in direct response to an RP event dealing heavily with Antelope tribe headcannon for the tribe Sana is specifically from. All text marked < > is in the Antelope tongue.)

The moment Sana became aware of herself, she knew that she was not awake and yet not fully asleep. It wasn’t the Dreaming, she knew how that place felt, had been there enough to know the odd twist in her stomach that she got from being in that odd space between realms. This was something different and she couldn’t find a way to qualify it, if it was even meant to be qualified. In exploring the path that should have been hers among the tribe, she’d learned quickly that not all things had qualities that could be fully described in language alone.

(Oh boy. READ AT YOUR OWN RISK!!! Might be quite a few warnings for this one. At least blood, violence, murder, and torture. This is not part of where Alex is currently. This is an AU (suggested by Sana’s player of course) where Alex wasn’t in time to save Sana’s life. Welcome to the aftermath or now to be known as AU: Broken Lighthouse. Hope you’re happy @quirkycoterie :P lol)

(Behind a cut for mentions of assault/attempted sexual assault. Written in response to @quirkycoterie prompt 22.)