Listening to Alfredo geeks out over computer/graphics specs and whatnot is always entertaining given the way he generally acts like a doof?

That FAHC AU where he’s brought in to look after hacker!Gavin and hacker!Matt…because reasons and they’re like, oh, c’mon, Geoff, they’ve been over this, they don’t need a babysitter.

(To which Geoff could point an angry, defeated finger at all the shit the two of them got into without a minder? But whatever.) 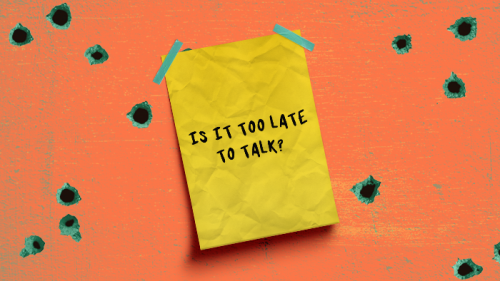 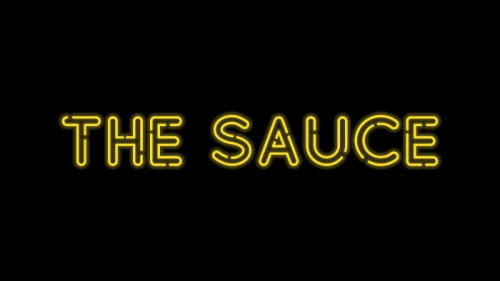 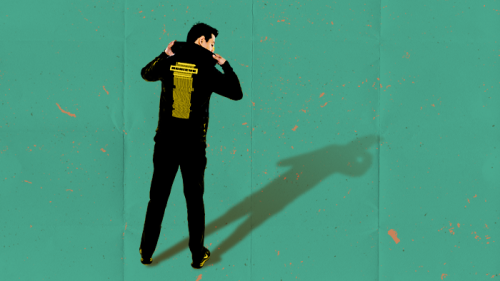 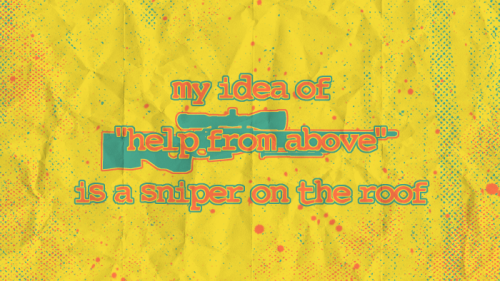 The wind kinda got taken out of my sails recently when it comes to writing but I’m not going to let this whole mess stop me from finishing ABAS - I’m headed back in, no matter the BS because this is my world, my/the community’s characters, and I’m proud of the story itself. I don’t know where I’ll go from there once it’s finished but I’m not going to let it drag me down.

Let me know your thoughts; I’m honestly curious to hear people’s real opinions on this stuff, beyond that we’re all upset and betrayed.

Geoff being a young cop in Los Santos trying to make difference in the city - He fails and loses hope. His friend has become corrupt, no one believes in him - he’s alone. He’s about to call it quits when he meets Jack. She’s a petty criminal with heart of gold. She steals to give to others in need.

She tells Geoff that he dosen’t need to be a cop to make change. That he can help people if he’s willing to get his hands dirty.

@sketchyassmess​ wondered if the markings on Mad Vagabond’s arm was the ‘loss meme’.

Nope! (lol) It’s actually a tattoo for ranking. Each line represents a different class, while the circle represents the higher up rank titles.

This is the Kingpin mark.

Chapter 4 already has 1,200 words 😎 I’m trying to keep these things short so I’m trying to wrap it up in a way that makes sense but I HAVE A LOT TO SAY

#this is harder than i thought it would be, #ABAS, #fanfic, #achievement hunter fanfic, #fahc au, #fahc fanfic
0 notes · See All
cornfields-and-bad-dreamsPhoto

I’d like to share this one piece of a larger project I’m working on.  It’s centered around my OC for the FAHC universe.  I’m feel pretty good with how the crew turned out, along with my 3 OC’s. 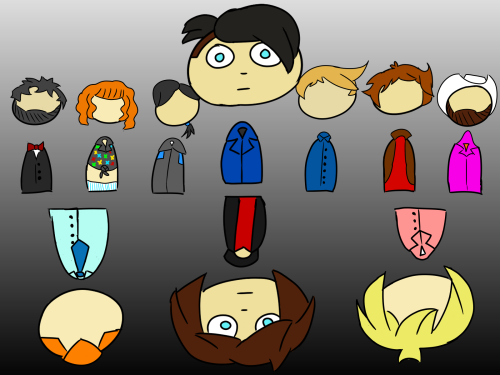 I’m creating a FAHC power au. And I have everyone’s power except for Matt and Fiona. I have no idea what to do for them.

Ray (Though he’s dead in my series)-  X-ray vision

I’m thinking maybe portals for Fiona, but I’m not sure.

Randomly, what do you think a junk drawer would look like in the FAHC AU?

Usual assortment of those twist ties/plastic-thingies that come on a loaf of bread or whatever. Loose batteries - who the hell uses a 9 volt these days anyway? - and so on. Bottle caps, the tabs off a beer/coke can. (A ton of those these days between Ryan and Geoff.)

Rubber bands and ticketsand tokens from the amusement park or arcade. Those pencils from the mini-golf place, as well as actual golf place and bowling nights. Chips from the casino, etc.

Random pens and pencils and parts of them. (Erasers, pen caps, etc.)

Key or keycard from a hotel/motel they forgot to return and now it’d just be awkward as they went there after a heist gone wrong and bled over everything and anyway, anyway, it’d be awkward?(Also, or, the place got burned down because shenanigans in which someone was trying to kill them and sure, it wasn’t their fault but awkward plus who would they even give it to now???)

Pins from grenades because it’d be littering if they tossed it on the ground during a heist or whatever. (And, sure, they’re criminals? But they’re not animals, you know?)

Tuck the used pin-tab thingies in their pocket and forget about it till they get back to the penthouse rooting around for something in the kitchen and the junk drawer is right there?

Same goes for spent shell casing when there’s some snipering that took place - stupid to leave evidence like that behind even with the morons in the LSPD and FIB - and into the drawer they go.

A knife or two, because Ryan and cleaning his weapons on Geoff’s nice clean kitchen table or out on the living room coffee table like the absolute monster he is. But then Gavin or one of the others does/says something to make Ryan get caught up in some ridiculous chase or some such and he leaves them behind and it’s not safe/sanitary leaving them out, so junk drawer?

Maybe an actual grenade - Ryan claims it’s a “discombobulator” whatever the hell that means and isn’t actuall dangerous?

But you can bet Geoff does some Yelling every time (every time!!1!) he finds one stuffed in there.

(One, it’s a grenade no matter what Ryan says about it, and two? It makes it hard to shut the drawer, so double badness.)

Ammo magazines and the like. Partially used containers of Ryan’s face paint that end u there for whatever reason? Jewelry or whatever one of them grabs during a heist/robbery and don’t want/can’t fence for any worhtwhile amount of money/foreget about.

Money from various countries jsut because? (Business trips or vacations or what have you and it was still in their pocket and can’t be bothered to exchange it for US monies.)

Fake badges/IDs/mustaches/beards from disguises used in heists that weren’t put away properly and just migrate to the drunk drawer after a while.

All this random shit you’d find in a ~normal junk drawer sitting there next to ridiculous bits of the crew’s lives and Geoff looking into it one day like how the hell did this even happen?

Because dangerous weaponry/incriminating evidence? But also all these idiots in his life now leaving their shit all over his home who make life interesting/maddening as hell.

Jack is the get away driver but because she’s also the mom of the group she makes them wear seatbelts.

So, the Mad Vagabond not only runs a jewelry company, but also a club. It’s three levels.

The top floor is VIP only. Special drinks, strippers, and exclusive jewels. That’s also where his office is.

The main floor is the bars, the dance floor and lounges.

The basement/third floor are a selection of tunnels that run all under Los Santos. Each one leads to different spots and areas of other crew’s terfs.

He does have a torture area hidden somewhere in the club. It’s always so loud, so no can hear the screams. Besides, if he likes you enough, you might be his next experiment for the labs.

What if fahc!Gavin has had enough of being almost killed or targeted and just builds the immortal au machine while simultaneously getting buffer.

It takes him years and every year he gets bullied it motivates him more.

If anyone were to become evil and betray the Fakes, no one would expect Gavin. (Basing this off 11lr kinda.)

Fed up of being mugged, bullied, harassed. No one would believe in him. They’d laugh it off and think he’s a weak target. Yet, he’s Los Santos’ greatest hacker. He knows everything about everyone; secrets, passwords, personal info, ect.

He becomes his own leader. Dan is his right hand man. Sure, he’s still got his energy and bubbly personality, but when things get serious, his Golden Boy persona jerks out. He’s brutal, cruel, and a taunting bastard. He’s no longer afraid of the Vagabond either, due to knowing his weaknesses.

Would he kill his former friends/allies? No. Not unless he specifically had to.

I’m a big fan of the Vagabond being scolded for doing lone wolf things, like investigating by himself, making dangerous deals behind Kingpin’s back and going to danger without back up.

Scolded includes, lecturing, being sent to bed without dinner and grounding him home.

Jeremy switching to the home screen to hide what he’s done is such a big mood like holy moly. Also, I haven’t played mystery dungeon yet, so I’m sorry

Jeremy and Ryan name their pokemon without a second thought. Ryan has the game for like 30 seconds and he already knows what his partner’s name will be. And tbh he doesn’t like the game that much but he refuses to not complete it because his Battle Buddy will never forgive him for just straight up abandoning the universe >:-(

Maybe Ryan is playing and Jeremy looks over his shoulder and does the whole “you named one of your pokemon after me.” And Ryan is super embarrassed and apologizes. Cueing Jeremy to laugh because he did the same thing. And Ryan probably gets up and walks off feeling a little downtrodden because he named the pokemon after his battle buddy and that’s who he wants to fight pokemon with.

Jeremy just going “oh fuck” and whipping out his switch and runs after Ryan. He explains the situation to Ryan being all like “no I was laughing because I named my partner after you!” And misunderstandings are cleared up.

Maybe Ryan decides pokemon isn’t that bad. And for Ryan, now that Jeremy knows he doesn’t care who sees him with his Battle Buddy parter. Maybe a pokemon date comes from it

#Battle Buddies, #I love me some pokemon, #and love some drama even more lmao, #FAHC AU, #Anonymous
16 notes · See All
prince-callyText

It’s Gavino Free!! I imagine him still with those salmon shorts lmao