Twilight Witching, coming out of the shadows (first) (next)
page 15 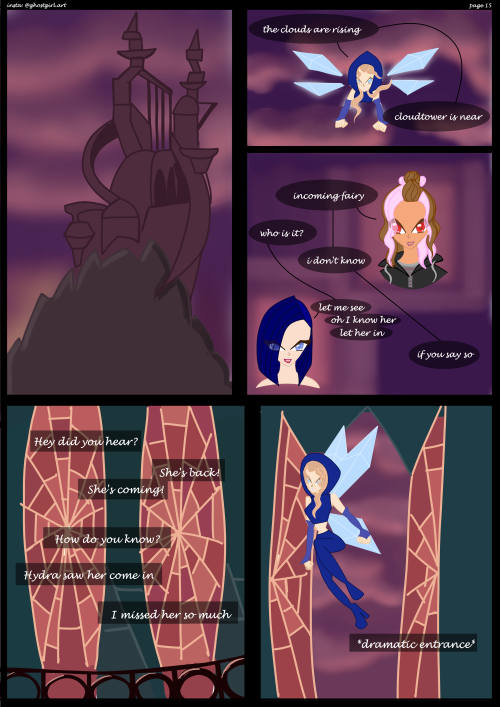 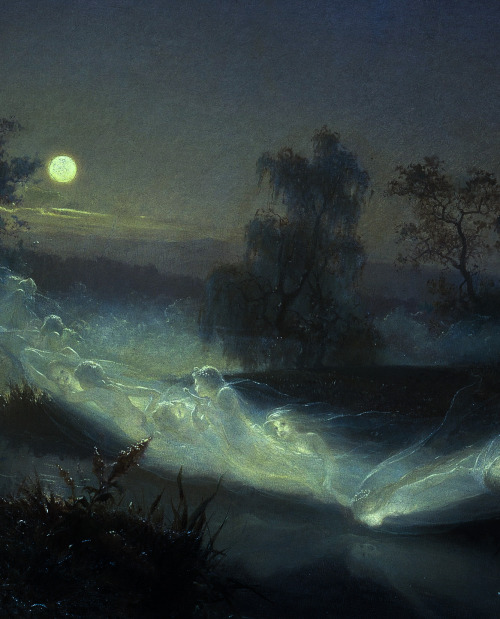 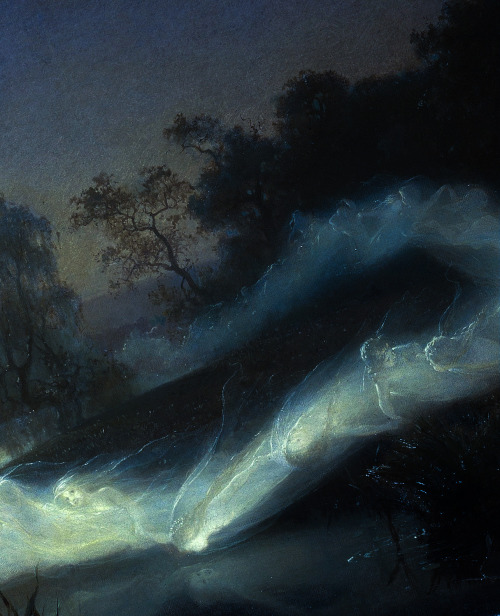 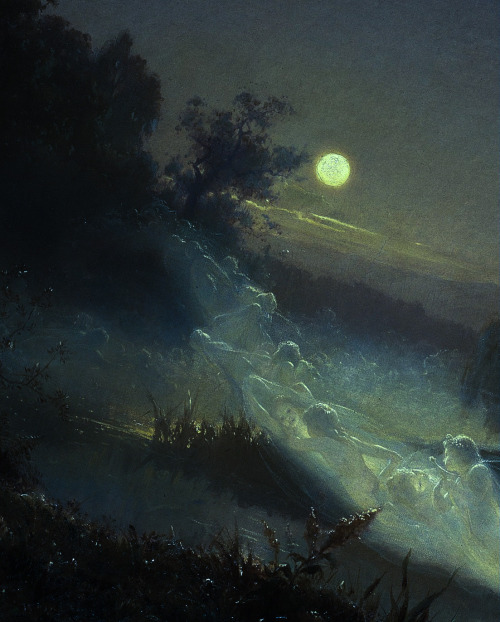 D is for Death! Death’s head moth that is! Lol! This is my homebrewed Fairy Necromancer, Alice!

I sit here, consumed with the knowledge that Supernatural brought up the idea of faerie realm twice and did absolutely nothing with it. They told us that the fae don’t have to adhere to any of God’s rules. They can sneak in and out of different realms. That first born sons are claimed by King Oberon and serve his court. And then they just dropped it. How the fuck do you drop that?

Hear me out. How fucking cool would it have been if you get the Winchesters making sneaky deals with fairies? Sam Winchester looking over contracts and changing wordings that would not trap them and use his fucking law degree. And you know that there would be some fae that would look at Dean Winchester and just immediately go “this is the one I will screw over everyone for”. Castiel glaring daggers, never trusting em.

I’m just saying it was a cool concept that could have been used to help them multiple times instead of them always proposing to live on an abandoned planet or yeeting themselves in the ocean for all time. Definitely better than BMOL 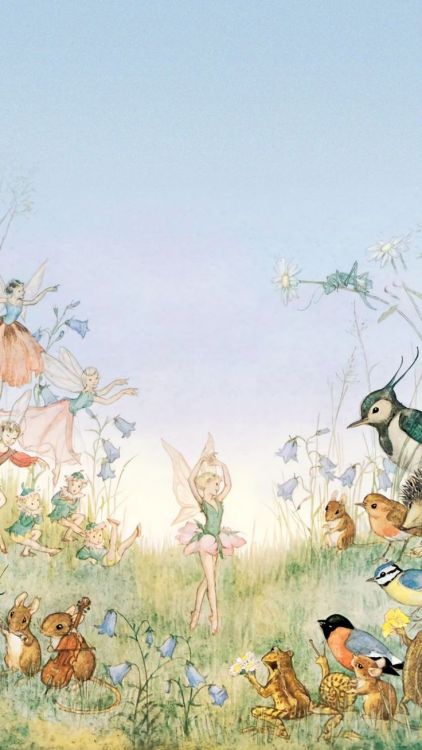 #fairies#fantasy art#vintage
90 notes
random-bookquotes
Quote
<div> —  T. Kingfisher, The Halcyon Fairy Book <br> </div><span>Giants are always bad. Fairies can go either way, dwarves can go either way, but witches and giants are always bad. Once in a blue moon you might get a helpful Baba Yaga, but only if you’re not a dumbass.</span>
#giants#fairies#dwarves#witches#baba yaga#The Halcyon Fairy Book#T. Kingfisher
0 notes
vampiredrooling
Photo

outfit meme by @/hometownrockstar!! outfits chosen by the FOP server, these were fun!! 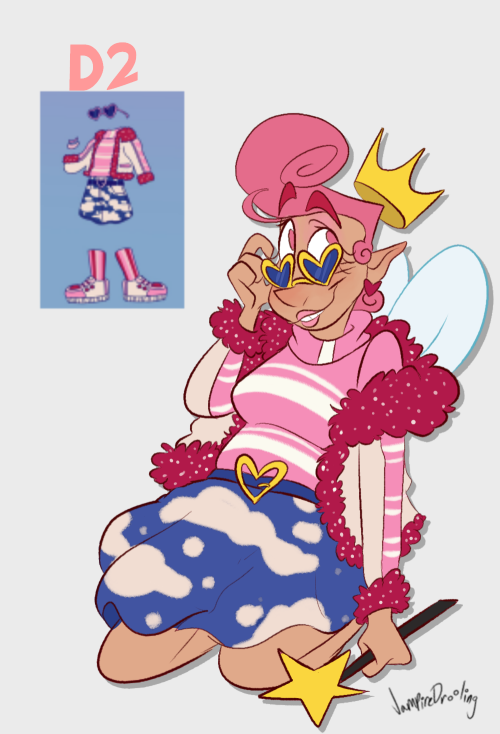 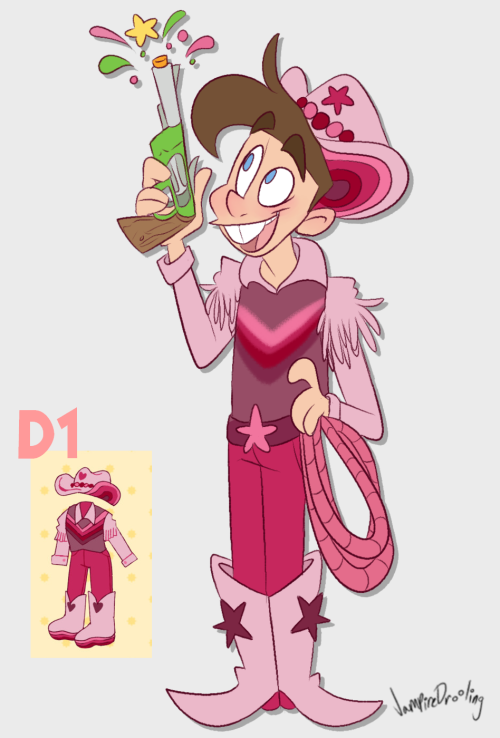 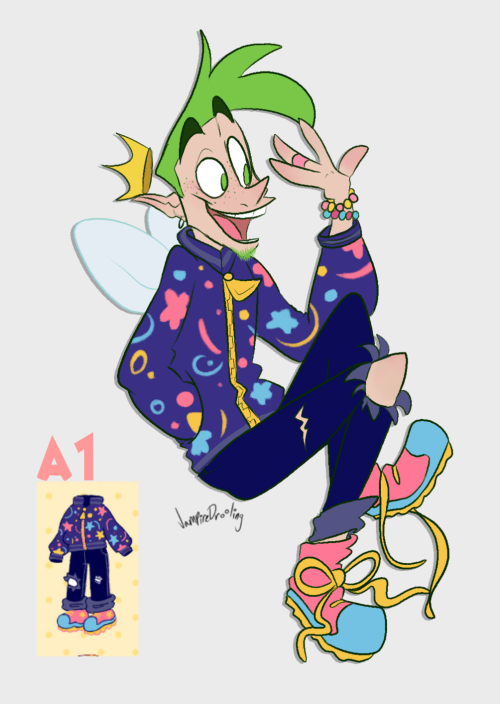 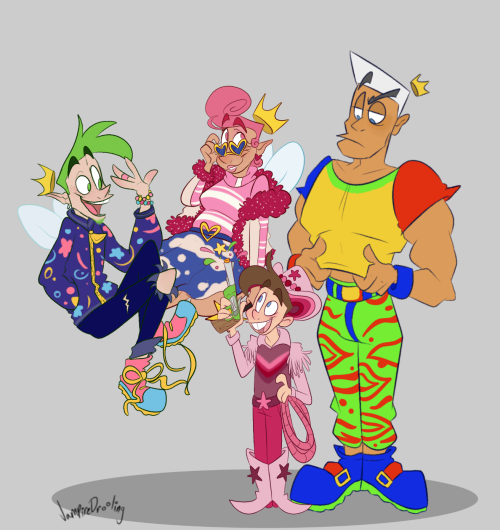 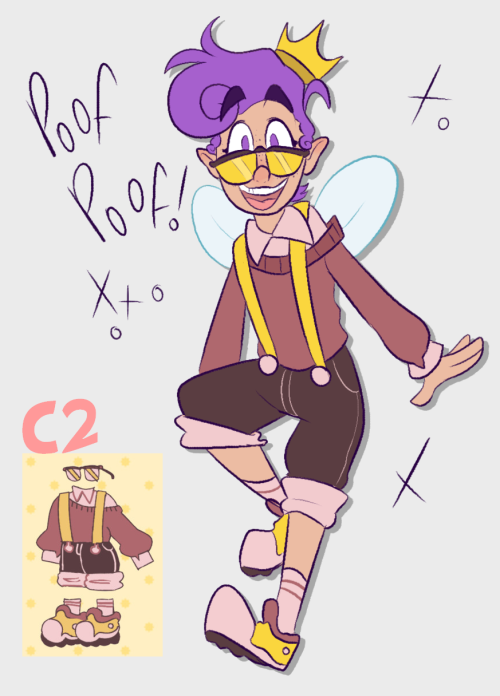 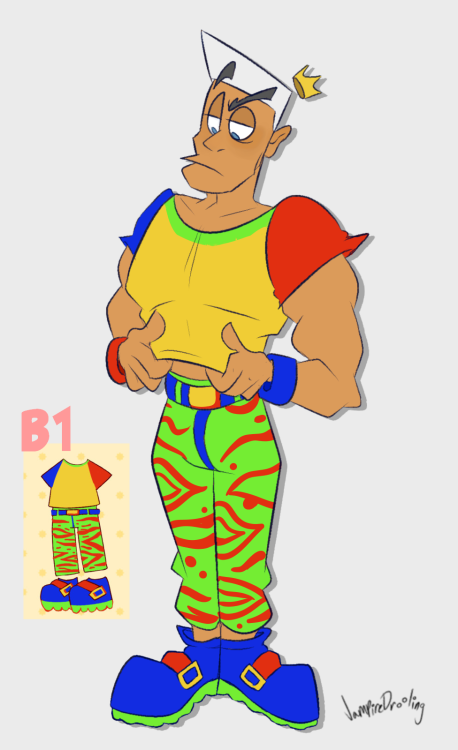 I absolutely loved this DTIYS by lord_gris on Instagram, so I’ve decided to join it! I modified the design slightly and made them a flower fairy, which was inspired by their unnatural skin/hair colours and the dandelions in their hair (particularly, how large they were compared to the character).

A small flower fairy with pale blue skin and long green hair holding on to a dandelion, which is taller than them. They have butterfly wings, which fade from a vibrant green to a blue, and have golden spots on the edges. They also have long, curled antenna sprouting out of their forehead. They are wearing a dress made of dandelions, with the petals used to make the skirt and the leaves used for the top section. The dandelion plant that they are holding on to has 3 flowers coming out of it. The top flower has turned into a white puffball, the one next to it is still in the flower form, and the last, lowest one is still a closed bulb.

Two halves of a whole idiot 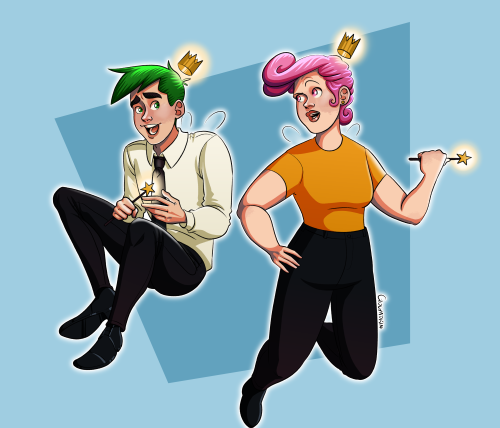 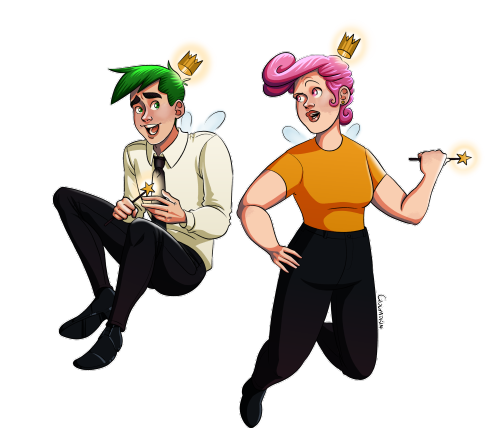 🧚‍♀️🦋 Ghost fairy here to play some tricks on you 🦋🧚‍♀️

Re-uploaded cause I decided to tweek some bits of the backround.

Kalai and Lauriam at the end of the Pixie Hollow segment of Lights Lessons. Something I’ve wanted to draw for months and with the new year, I finally gained the courage to do so. This thing nearly crashed my computer twice but it was worth it.

And now that it’s done, I have slightly more confidence trying to draw canon characters in the future.

But no more backrounds. 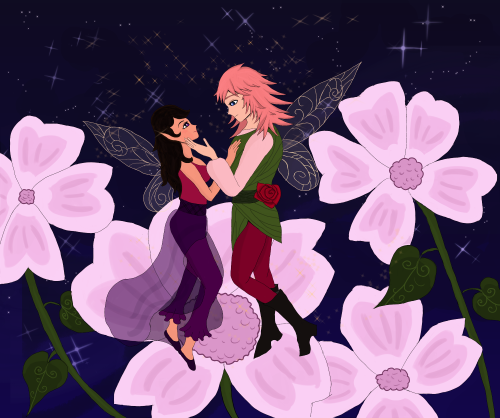 A colored sketch of my oc(/self incert ) Orange

Sometimes I feel like writers don’t take the weaknesses of the fae to their logical extremes nearly often enough.

Like, they’re weakened/burned by salt? Cool… Does that ever make things awkward when they travel by sea?

Do fae living by the coast have to wear special masks when they go near the beach, so as to avoid breathing in too much salt from the air?

Is sea travel not an option, or is it just significantly more of a bigger deal in their culture than in ours, because humans can hope to swim to shore or cling on to a bit of driftwood until rescue, whereas if a ship sinks with fae passengers on board then they’re just automatically doomed to an agonising death? Is having one of the Fair Folk on your ship considered a certain sign that something pretty big must be going down somewhere, in order to tempt them to take such a risk?

And, for that matter, does this mean that merrow and selkies and the like are just exempt from the whole salt thing entirely? And do they ever flex on their ability to eat crisps and salty chips when other fae are around? (“Hey Peaseblossom, do you want a slice of my pizza? Oh wait, it has anchovies! Too bad!”)

For that matter, what about crying? If a human starts crying and a faery tries to comfort them, do they have to make a special effort not to get any of the tears on their skin? Is it advised to wear special gloves to balls where human ‘guests’ have been invited, because while they’re uncontrollably dancing themselves into a stupor, that human is going to be generating a fair amount of sweat, and nobody wants to come away from the dancefloor with their hands covered in hives or burnmarks?

And speaking of bodily fluids, what about blood? If I cut myself and smear it on a faery’s skin, would it burn them because of the iron content?

Is a littleknown way to recognise changelings that fact that they’re all kind of allergic to spinach?

Or, alternatively, is the iron content in food too low to actually harm faeries, but can still give them an almost pleasurable burning sensation, the same way capsaicin does for us? (Imagine an elf eating chicken eggs, jaw distended, swallowing them whole like a snake and giggling all the time about how “spicy” they are, while all nearby humans watch with increasing horror and bafflement.)

And finally, considering that the fae are traditionally shown to be bound more by rules of language than by physics, does that mean I could technically burn one with a plastic clothes iron?

B: Leave food out

C: Put something shiny in an only slightly out of the way spot

Fawn, watching the news: Some idiot just fought a squid at the aquarium.

Tinker Bell, covered in squid ink: Well, maybe that squid was a prick! 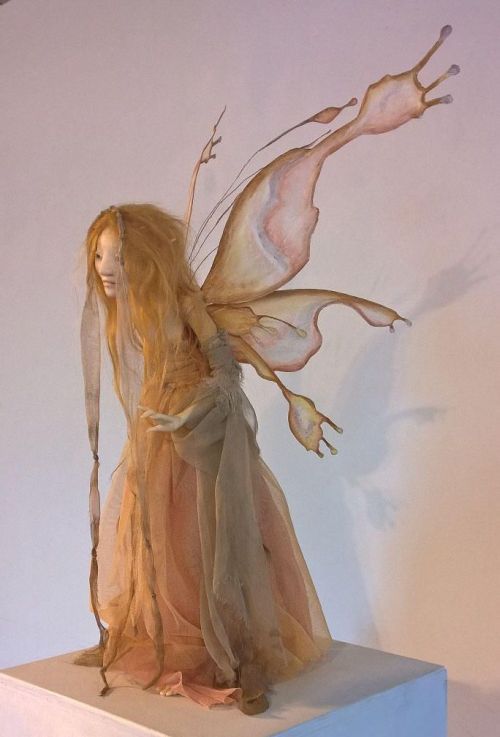