The group of us lived in the castle for one week before I noticed something strange. I was climbing the stairs from the kitchen, and I heard footsteps behind me. They were too light to be anyone else’s, maybe even too light to be the cat’s, so I picked up my pace until I reached the top of the spiral staircase. I stumbled into the flickering lamplight, and turned around sharply to see what was following me.

It got closer and closer, each step carrying more and more weight with it, until I swore it was a human, sprinting as fast as they possibly could right up until they reached the top step. There was nothing there. I couldn’t bring myself to check, or even say anything more than, “Hello? No, okay, I’m going.” Whatever it was standing there took heavy breaths, and did not follow me any further as I ran away.

I tried to warn the others of these strange monsters in our home, but they didn’t listen.

That is until everyone started sharing similar stories. A silver plate reflected a baby’s smiling face. Tiny footsteps running along the ceiling, rattling glasses, a court of banter coming from the dining room down the hall. It didn’t take us long for us to realize the danger we’d signed up for. In fact, we should have realized sooner. We were in the Irish countryside, after all. We were living in the middle of a fairy court.

Today’s fan art is Sailor Jupiter! I have always loved her. She is stong and yet so kind.

I’m super resisting the urge to make this a character with a name and lore instead of leaving it alone as a singular image. 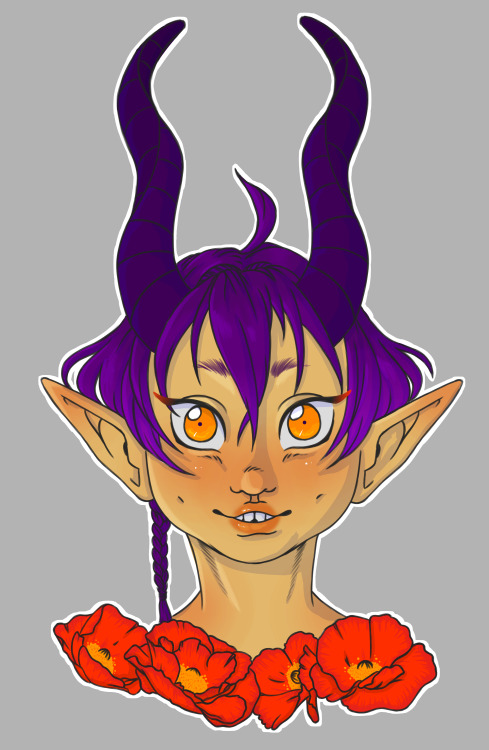 @acuaticamber06 and I were having a ton of fun imagining the crew as fae.

… I’m having a lot of fun illustrating our ideas.

Torfir, Kearse and Aalros are on hold for the moment. I was sitting and I just could not get this image out of my head so Striker is the current project, though the siblings will be finished. I promise

If you like this and want to see more, please check out my Twitch where I stream art of all kinds. 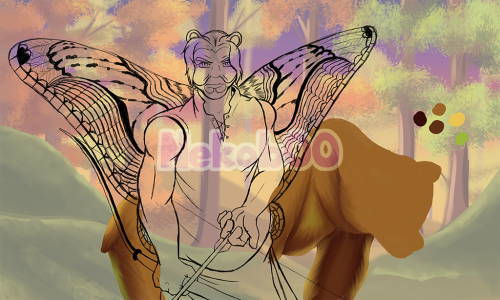 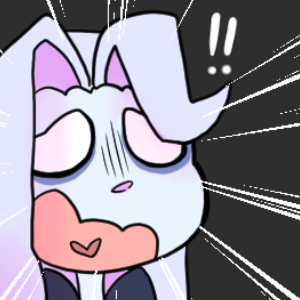 Here’s my newest drawing of Anjalo. I am in love with these wings and I’m proud that I’m getting better at drawing them. 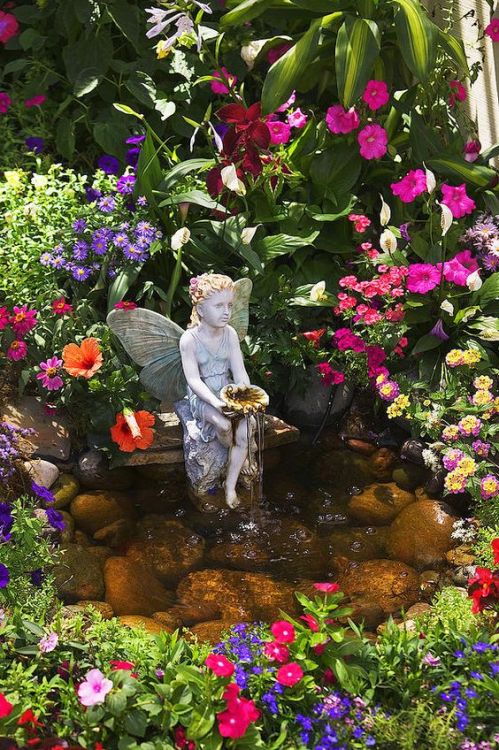 Prince Marano is the royal prince of the forest fairies, the third son of King Lewivac and Queen Angelica.

Antiri is a Dragonborn, known for his ranger skills and quick hands. He’s been part of a small thief group called the Clawed Gang.

The Clawed Gang decided to kidnap Prince Marano for ransom money during a fairy party. So when they do, Antiri had to babysit the prince, it didn’t go to well 😅

Will these two actually work together or are they just hoping that somebody gets the random money so they can part ways?

Got majorly stuck on this one, mainly because teeth sort of gross me out a bit and I didn’t want to be doing close ups of mouths or whatever dbhbvah Ended up going with a slightly weird concept of Zed dressing up as a creepy pre-nuclear mythical creature that bribes children with money for their teeth (That’s how it goes, right? Right.) They are holding a necklace of (very simplified) teeth (They’re also doing the BSL sign for teeth, they’re not just pointing at their teeth for emphasis!) 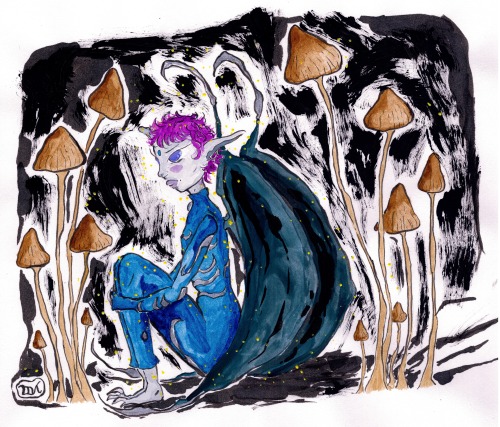 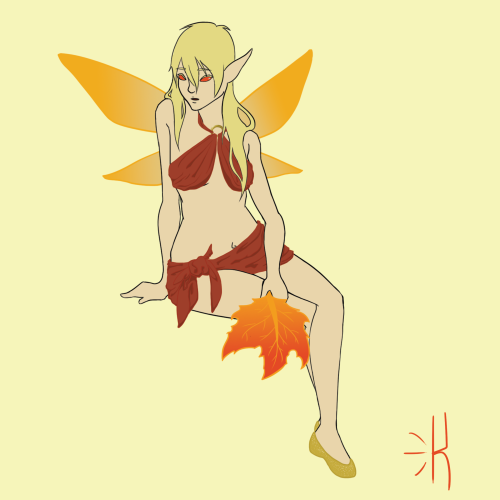 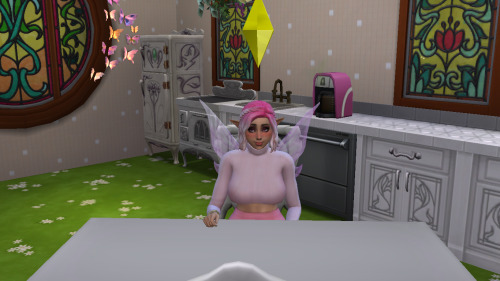 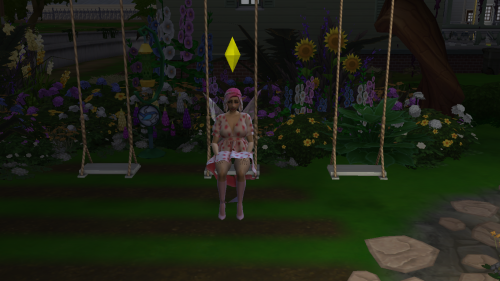 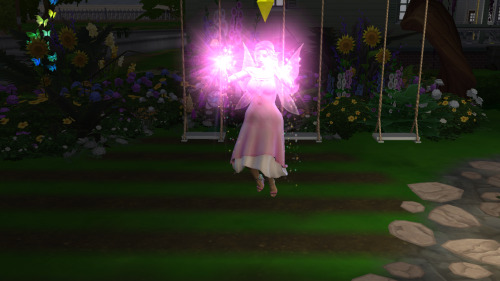 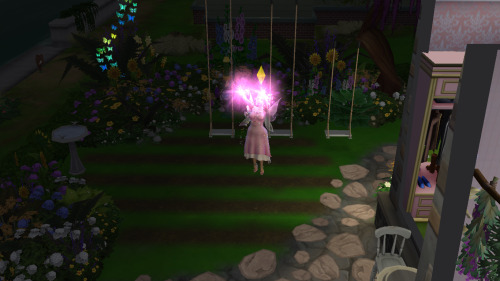 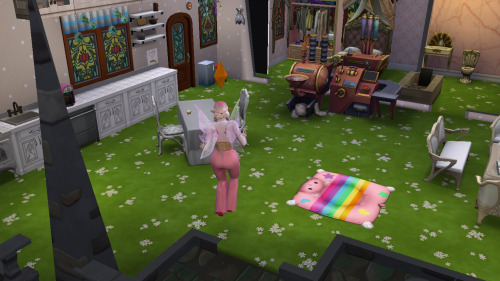 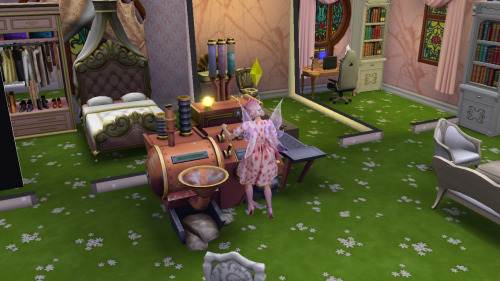