i desperately want to step in a fairy ring..

The urge to jump into the nearest fairy ring to escape this shitshow of a world is strong right now.

#i see a mushroom circle i jump into it and hope for the best easy as that#can the fairies come and get me please?#alternatively i would like to lay down and let moss grow over me therefore making me the moss bastard#forestcore#cottagecore#moss#fairies#fairy#fairy ring#nature
11 notes
watcherglowcloud
Text
#sometimes they're the same person#mob#mafia#faeriecore#faerie#fairy#fairy ring#fey#faerie ring#maladaptive daydreaming#in my case#shitpost
18 notes
mythosblogging
Text

Your words are not a warning I will heed

The lure of fairy fruit is far too strong,

So sweet, the taste of nectar on the tongue

It drowns your words before they reach my ears.

It drowns. It drowns me too. With spider

Silk around my wrists, as tangled ankles

Strings jerk my puppet limbs and pull me on.

Through mushrooms, grown to capture and enslave.

Their sprongy heads poke up from rotten roots

I taste the gods, ambrosia, wine and feast

And bubbles from my lips to stain them red

The crimson liquid dribbles down my chin.

My depressed ass is ready to cannonball into a fairy ring. Sounds like more fun than working until I die.

I’m sorry it took me so long to finish, I had not expected to be so busy up until this point, but it was well worth it. It’s not exactly Christmas themed and I couldn’t pick between Kallura or Plance, so I figured “por qué no los dos?” Two pairings for the price of one. It even comes with a short story.

In a time of dragons and knights, childhood best friends Keith and Lance share a love of adventure as well as music. One day, the two are strumming away on their guitars when they spot two floating lights in the forest. Ever so curious, Lance runs off to investigate. Keith, begrudgingly, follows his reckless friend and the two come across a meadow. In the very heart of it lies a fairy ring. The boys had heard tales about the fae folk. About how they would snatch unsuspecting victims into their seductive trap of music and dance and whisk them away to the Otherworld.

The two lights appear again and they transform into two beautiful fairies. At first, the fae maidens are unaware of their unexpected visitors, but when Keith—dumbfounded by the beauty and grace of the white haired fairy—stumbles clumsily and the fairies shriek in fear. They shrink back into tiny balls of light and hide high up in the trees.

“Wait!” cried Lance while Keith dusted off his pants, his cheeks burning in embarrassment from his slip up. “We’re not gonna hurt you.” The fairies shifted back to their humanoid forms, their long lace-like wings dropped behind them. The two exchanged curious looks with one another and stared at the two boys with uncertainty.

Perhaps everything they had heard about the fae folk weren’t true. Keith tapped on Lance’s shoulder to get his attention. “I have an idea.” Keith said. Then he began playing his guitar. The white haired fairy with dark skin and blue eyes, dressed in butterfly wings, jumped. Keith played his favorite song and the fairy maiden’s wings perked up. She fluttered down and started dancing to Keith’s tune. Lance played as well and the second fairy, one with ember hair, brown eyes and a dress of green and purple flowers, too fluttered down from the tree and joined her friend in a fairy dance around the ring, led by the music of the two handsome boys.

Perhaps all of the stories they had heard of the humans weren’t true after all. Perhaps these very kind, and admittedly very handsome, human boys could be welcomed into their circle and share the magic of music with one another.

From that day forward, the two boys would visit their fairy ladies every day before sunset, where they would dance and sing and talk well into the late hours of the night. And one day, the village nearby never saw the two talented musicians ever again. For now, they spend their days singing and dancing with their fairies in the Otherworld. Not as prisoners, but as welcomed guests who choose to remain with their beloveds forever.

And they all lived Happily Ever After 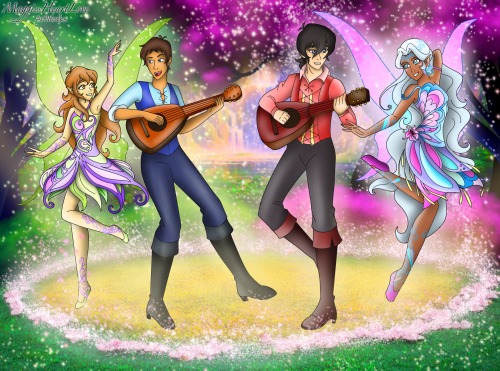 reblogs are very much appreciated!

Ok: we all know not to tell a fairy your name- especially in response to “can I have your name?”

BUT!! What about a nickname or something that you go by but has nothing to do with your legal name??

Like Jane goes by Levi for whatever reason, if Jane said “you may call me Levi” would there be any danger in that? Asking for a friend… 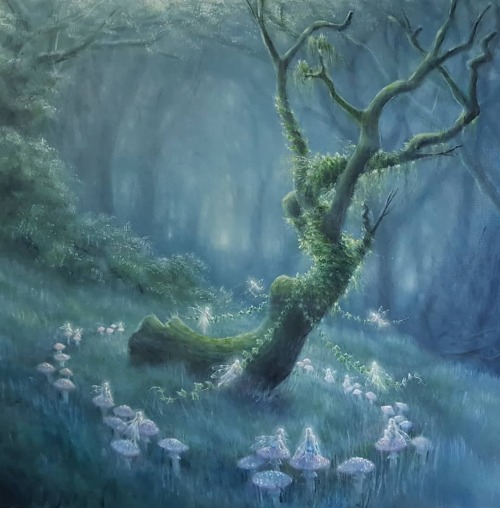 If you like fairies or are one, here’s my current collection of vintage fairy imagery. 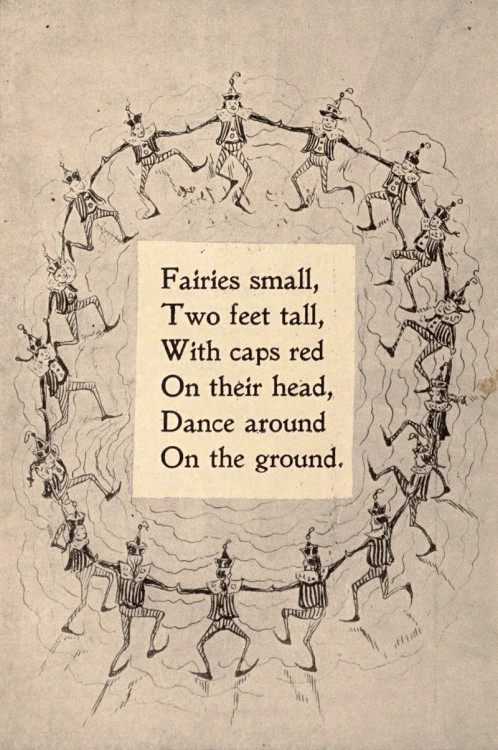 Hello souls, welcome back to the Cabin, I’m your host, Rem and I hope you had a beautiful Tuesday today. Today we are going over a beautiful phenomena of fairy rings. Or depending on where you are, Elf rings, witch circles or pixie rings. Now, while the wood is still burning settle down and relax as we discuss today’s phenomena.

y'all I found a fairy ring in Skyrim 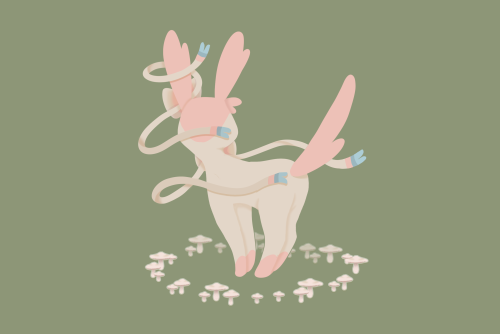 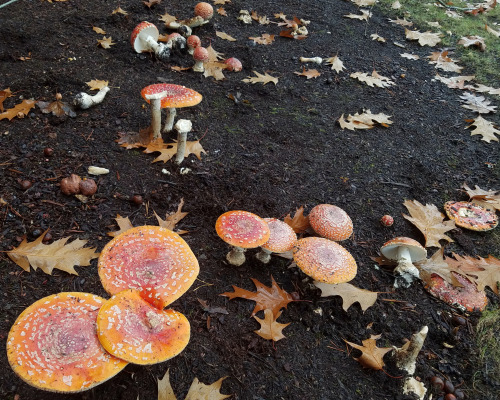 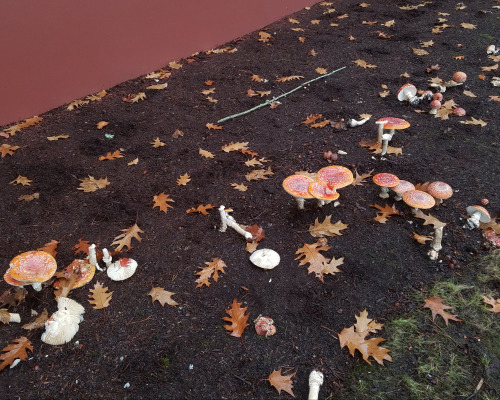 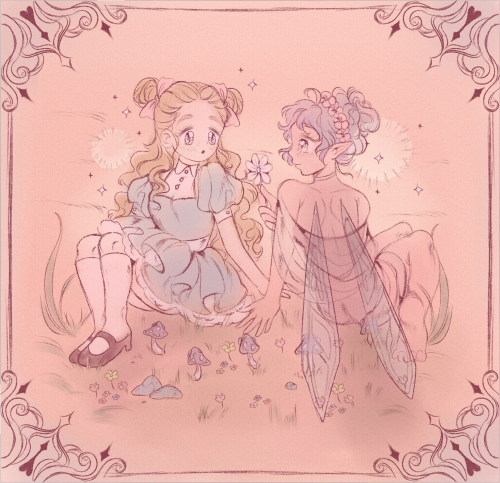 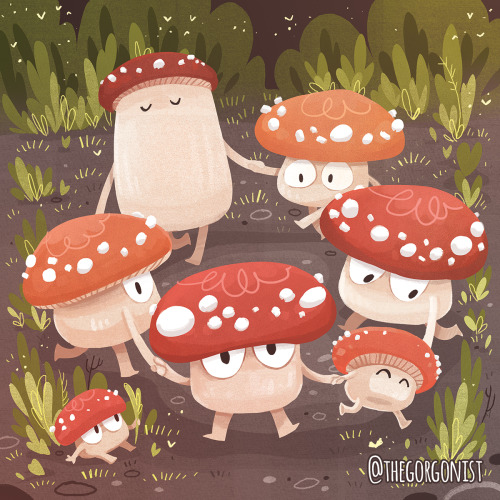