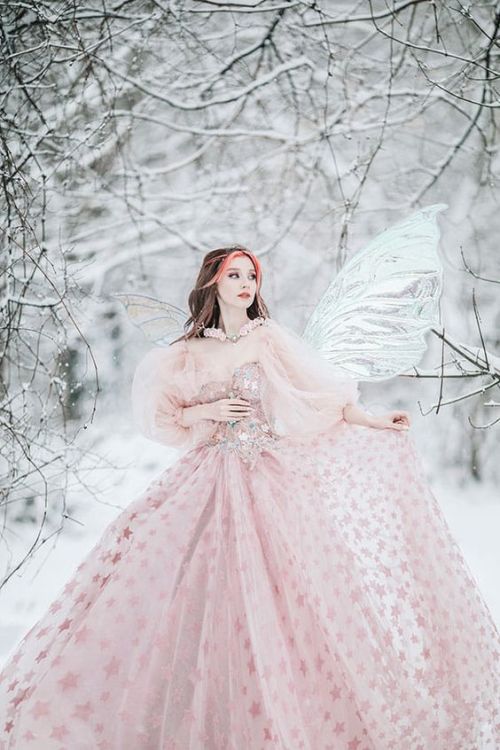 From J.K. Rowling, a warm, fast-paced, funny fairy tale of a fearsome monster, thrilling adventure, and hope against all odds. Once upon a time there was a tiny kingdom called Cornucopia, as rich in happiness as it was in gold, and famous for its food. From the delicate cream cheeses of Kurdsburg to the Hopes-of-Heaven pastries of Chouxville, each was so delicious that people wept with joy as they ate them. But even in this happy kingdom, a monster lurks. Legend tells of a fearsome creature living far to the north in the Marshlands… the Ickabog. Some say it breathes fire, spits poison, and roars through the mist as it carries off wayward sheep and children alike. Some say it’s just a myth… And when that myth takes on a life of its own, casting a shadow over the kingdom, two children - best friends Bert and Daisy - embark on a great adventure to untangle the truth and find out where the real monster lies, bringing hope and happiness to Cornucopia once more. Featuring full color illustrations by children from across the United States and Canada, this original fairy tale from one of the world’s most celebrated storytellers will captivate readers of all ages.

Father swore like he was back in the navy. Mother fainted away. For the baby was mostly normal, but not entirely. The baby had yellow eyes.

There once was a little village in a little valley next to a dark wood. One sunny day a baby was born to a sweet young couple who lived in a thatched house in the middle of the village. The baby was a little girl, mostly normal. She had ten fingers and ten toes and wiggled them all as she cried, distraught about being brought from the nothing place to the something place as all babies…

In the penultimate story in Hans Christian Andersen’s “The Snow Queen” little Gerda is finally on her way to face the Snow Queen and free Kay. She just needs to make a few stops first.

Support The Folktale Project by becoming a Patron at https://www.patreon.com/join/folktaleproject.

(FICTION) (This is Part 3. Part 1 of this story can be found here, and Part 2 can be found here.)
“Mom?” little Susie Smith said out of the corner of her stick mouth.
“Yes, dear?”
“What’s going to happen when we melt?”
It was an excellent question, Mrs. Smith thought. But she had no idea what the answer might be. All she knew was that her bottom ball was getting tired, and she wanted to lay down…

From The Sleeping Beauty and Other Fairy Tales from the Old French, 1910.

Until the stroke of midnight: vintage Cinderella imagery. 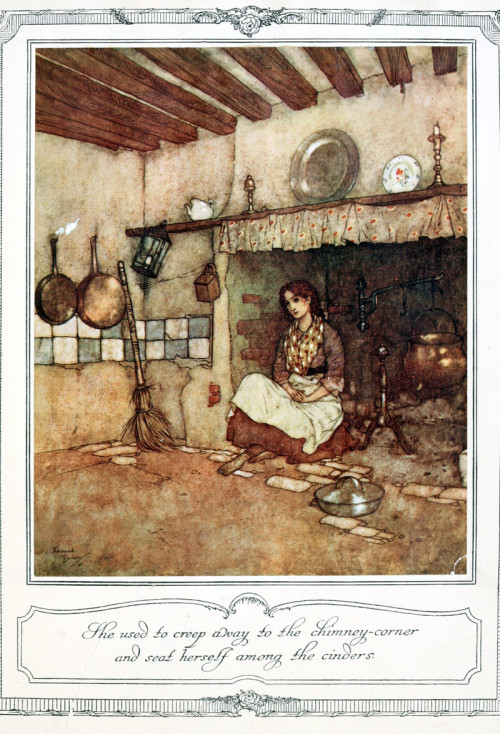 Illustration from Queen Summer, or The Tourney of the Lily and the Rose by Walter Crane (1891) 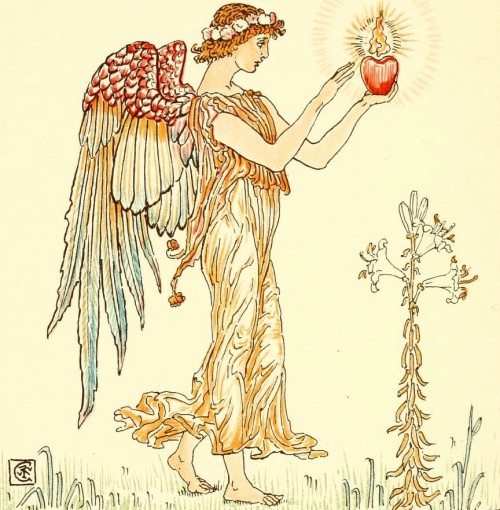 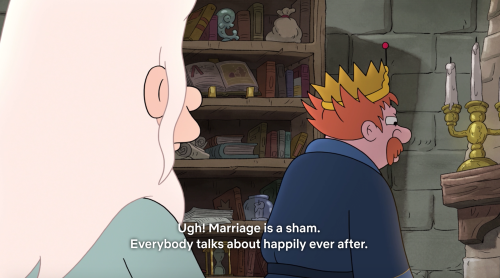 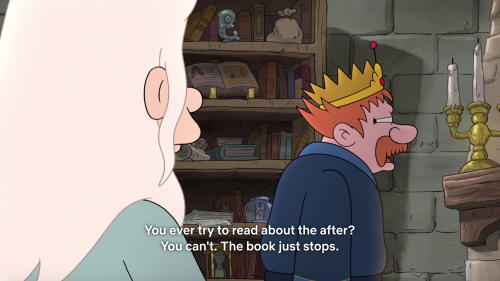 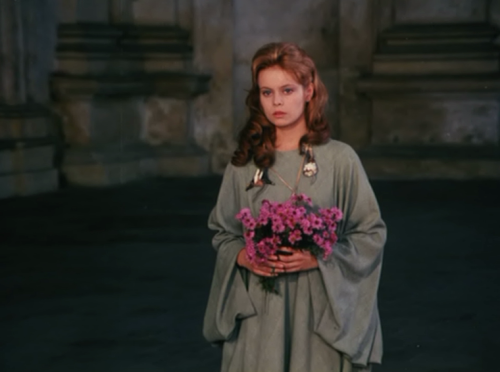 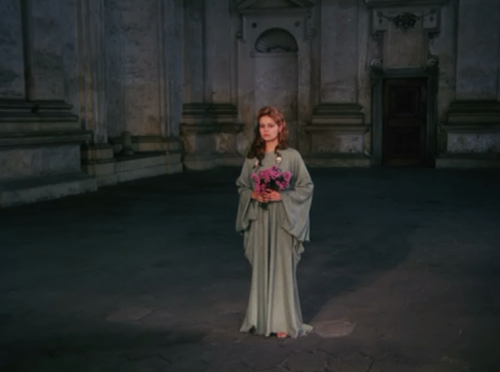 Three different versions of the same beloved fairy tale, that is what this book offers.

The first version of Rapunzel is the traditional German fairy tale everyone knows. The illustrations are bright and vivid, and depict the action really well.

The second version is from the Phillippines, and varies slightly from the original. Clotilde (Rapunzel) was locked in a tower by a magician, along with magical horses and necklaces. Much of the story is the same, except for a few details. Juan (the Prince) instead of falling from the tower when he is caught, escapes on one of the magical horses. Only when a proclamation goes out to match one of Clotilde’s necklaces with another does he return and marry her. The illustrations here are in muted earth tones and the style is quite different from the cartoon, animated look of the other two stories.

The Italian version, Petrosinella, was one I grew up with and I absolutely love it. The story is the same until Petrosinella and her Prince escape. The witch pursues them, but they have three magical acorns, and within each of those acorns is a guardian who thwarts the witch and lets them escape. 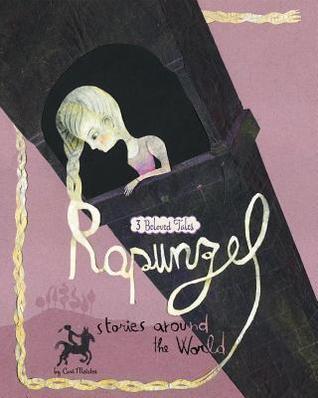 (FICTION) (This is Part 2. Part 1 of this story can be found here.)
When the Smith family—Mr. & Mrs. Smith Sr., Mr. & Mrs. Smith, and little Bobby and Susie Smith—moved into their dream home in the prettiest part of town, they began renovations immediately. Bobby and Susie wanted a pool, so Mr. Smith Sr. splurged and paid for it. They all wanted a fire pit for the fall so they could sit around it…

a short, strange faerie tale by me

It was on a pale clear morning, silent and strange, that Lars Tiefen returned.

No one was watching for him. They all knew that the calling of the Fae could not be broken. One had to be careful not to live too freely, burn too bright - or they would find you, catch you with swift words and unblinking eyes and razor-sharp mind. Lars had known this, and yet he had sung songs like living flame and played notes that pierced like swords. He said he drew the music from the woods and rivers, from roaming and looking where none should dare to tread.

He should have known that the Fae would send for him, bind him, winnow his body, soul, and songs away to their dread Court forever.

So no one was watching for him on the morning he came walking over the hill - no one but Desdemona. She had loved him, long - once in hope, now hopelessly. His songs had stirred her soul. She adored him from afar, and then one perfect day he had come upon her, alone at the edge of the fields, singing a song of her own - one long hidden and shaped, shyly brought to light.

But first he wanted to show her the glade, the place his best songs came to him. She would not come. She knew of the faerie ring there, the sleepless danger. But he had gone anyway. The risk, he said, was worth the beauty that he found.

He came back with eyes dazed, strangely touched. One glance, and you could tell they had him. One day allowed to say goodbye, and then he was gone, forever.

But now, only seven years into forever, he came walking through the long grass over the hill’s brink. He leaned on a staff, and he came slowly. Frozen, she stared at him, breath gone.

It was surely a trick of the Fae. But she no longer cared. With that thought, she was moving, rushing up the hill toward him. In a moment, she was there - yet she hesitated to touch him, afraid he would vanish like the morning mist.

“Lars,” she cried, and then could say no more. “Desdemona,” he gasped, almost like a question. She stepped back to look at him, to drink in the morning’s strange miracle.

His pale blue eyes stared straight at her - no, through her. Sightless.

“You cannot see me,” she cried out, and the pain in her voice was very hard for him to bear. “No, my love, I cannot,” he said softly. He seemed calm, but she caught the note of sorrow in his voice and the tightening of his jaw. “Yet believe me when I say, Desdemona, that your face is as clear in my mind as when I left. No vision can be fairer than that.”

She could hardly speak or think. Her hand went fluttering over her mouth, and then to her jaw, and then she wrung her hands together to stop the trembling.“Did they do this to you?”

“No.” He paused, long. “I bought the enchantment before I left.” Her mind went winging back to the bright and horrible morning, seven years ago, when he had kissed her one last time and run swiftly over the hill’s brink to the woods, where the faerie ring awaited.

Wait. The jar that he’d quickly put away when he saw her coming. The jar with Florian the enchanter’s seal upon it.

“I- I thought-“ Anger flared inside her, sudden and strange. “I thought you’d bought something to protect you, something to keep you safe from the Fae! But this…” Words failed her. “Why?” she whispered.

He extended his hand, reaching for her, but she could not take it. Not yet. A flicker of quick emotion passed through his face. He dropped the hand, curling the fingers in toward his chest.“It was to protect me. The Fae are master of many enchantments, beauty not least.”

She waited, not understanding. His voice finally choked on the next words.“Desdemona, I didn’t want to forget your face.”

She broke, and tears came. He reached for her again, and this time she let him pull her into his arms and clung tight.

“I’m weak, Desdemona,” he faltered. “And they’re beautiful, and they can make you see what they want you to see. And I was afraid - I was afraid they’d show me something to make me forget…” His voice trailed off.

He just held her, quiet, as she wept for grief and joy and grief again. Finally her sobs turned to little choked sounds and the shuddering calmed in her shoulders. She took a deep breath and pulled back.

“But…I’ve changed, Lars. Life has not been kind to me while you’ve been gone.”

He lifted his hands to wipe her tears and ran them over her face, feeling the new lines marked by long sorrow and pain. “It’s not the face you remember,” she whispered thickly.

It would be long before he could tell her the twisting tale of seven years’ bondage, of tricks and promises and winning his freedom, long before he could even bear the sound of his own music. But she sang to him often, in themes springing from that first song of hers in the field.

And when in time he began to make music again, he no longer needed the sight of the woods and the rivers to craft songs of living flame and piercing swords. He thought of brown eyes and golden-red hair and a hill watched often, beyond hope. And he sang with her a sorrow-won song more beautiful than all before or since.

Sometimes, beyond the field, over the hill, perhaps even in the faerie glade, you can still hear an echo. 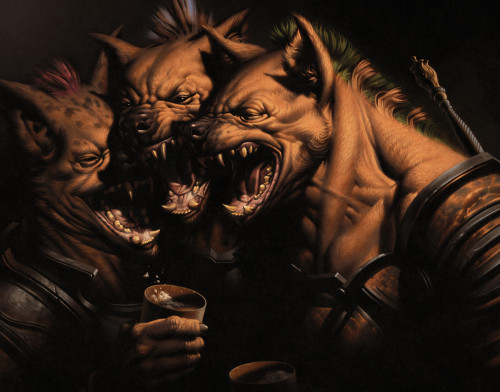 The Princess of Mu 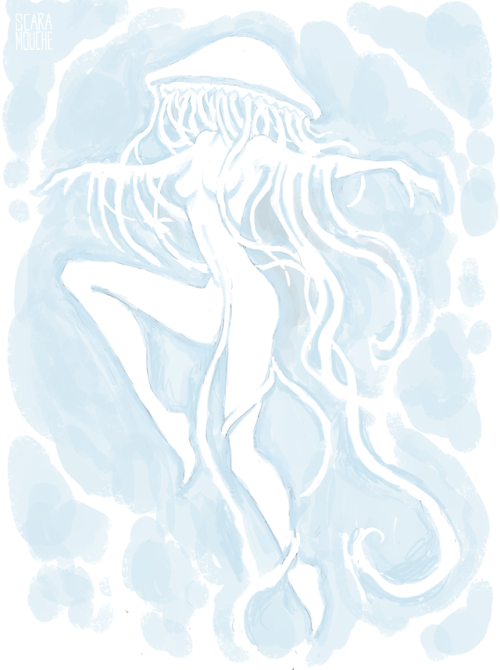