Hey so I made a Picrew!!

(Wow fantasy me is way more badass than actual me!! I like swords!!) 😁

If you love astronomy, feel free to visit my blog @astronomypoetry for more amazing cosmos. 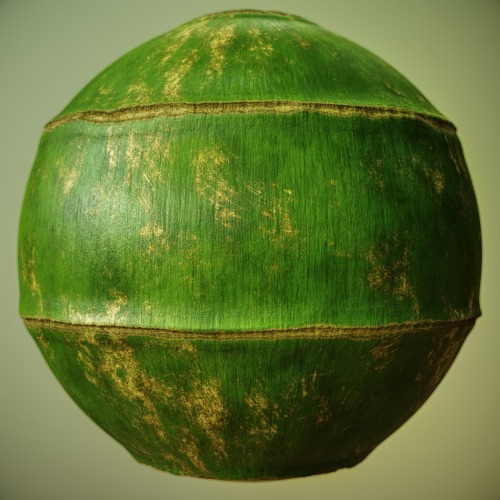 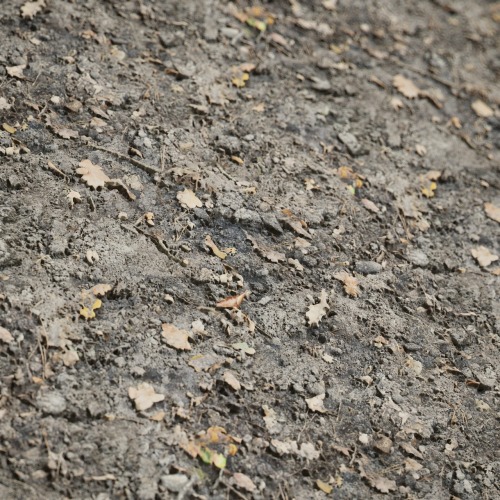 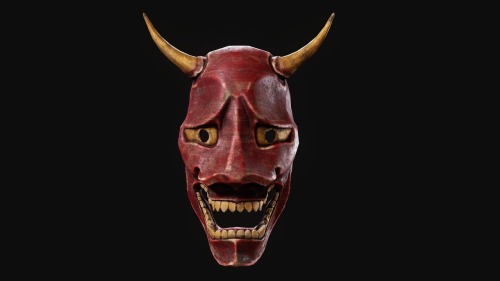 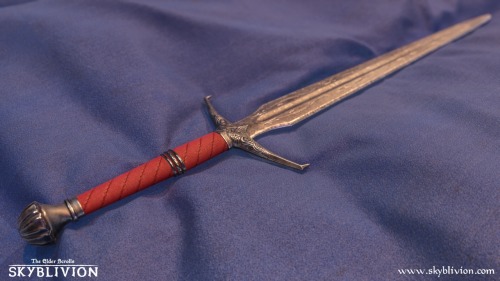 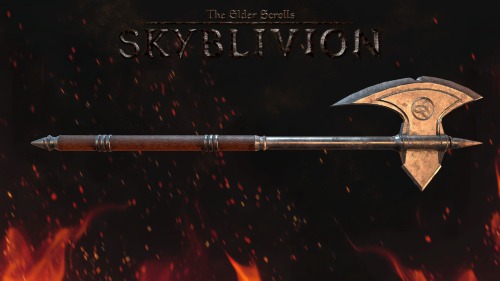 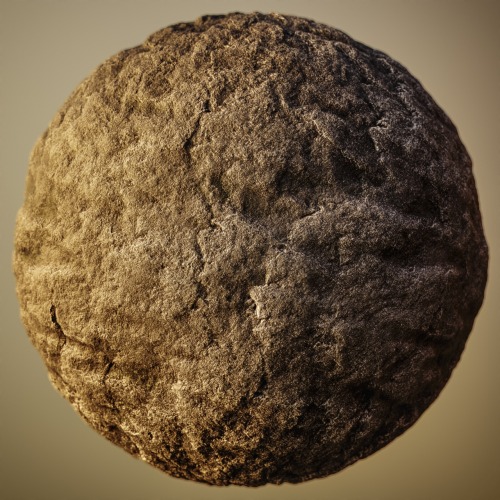 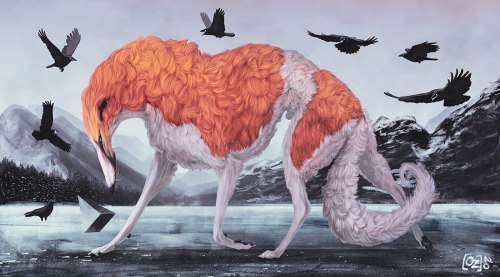 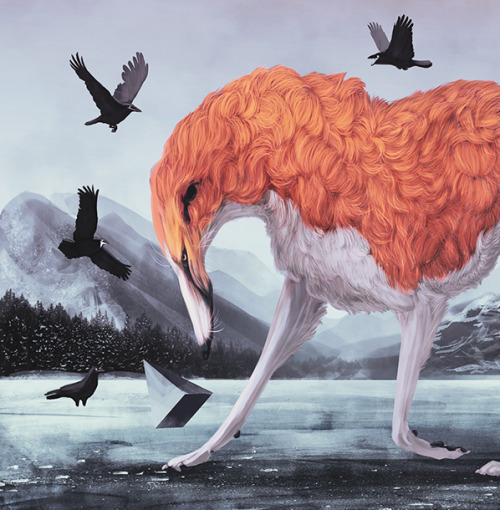 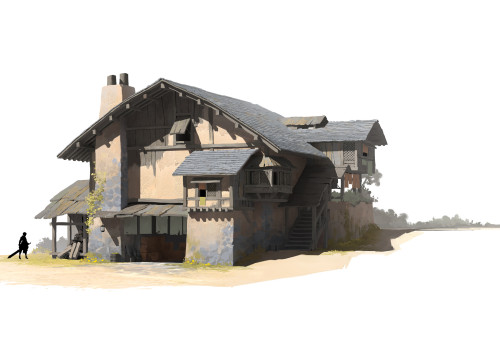 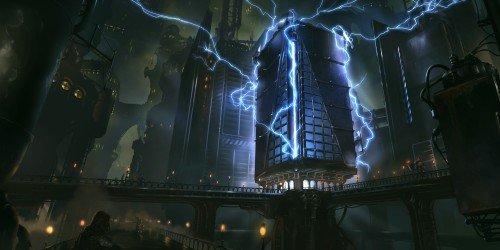 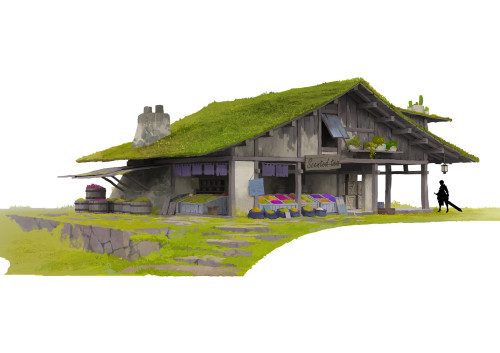 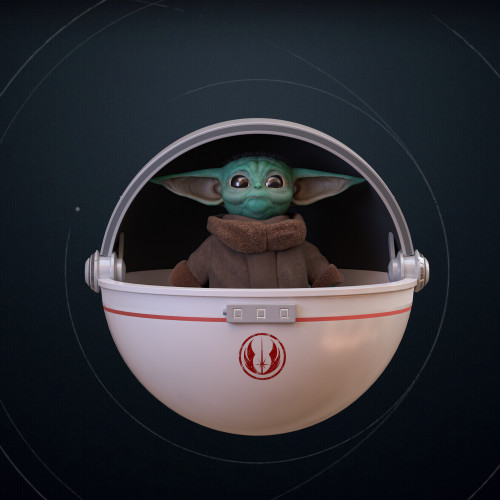 I’m gonna say this is writing advice but it’s mostly typical stuff I do when I’m creating new characters. This is a chosen for me especially because I don’t like to start a story with someone I don’t know and throughout find out they haven’t been consistent because I’ve only adapted them to what I’m writing, so this is sort of a set of rules I got me to avoid that feeling of adapting them instead of developing. Getting to know my characters a little more before writing their lives is key. 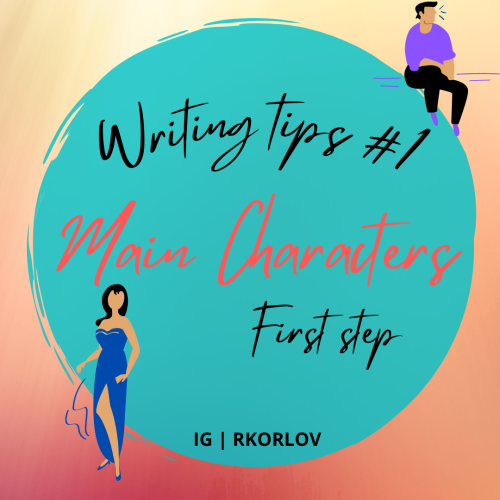 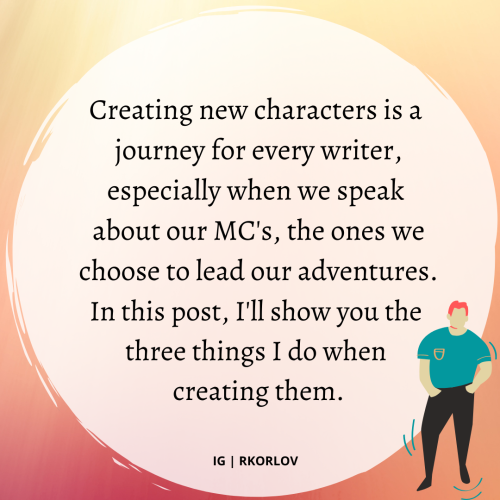 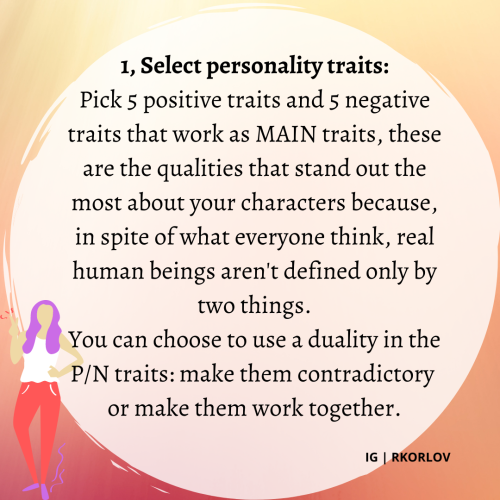 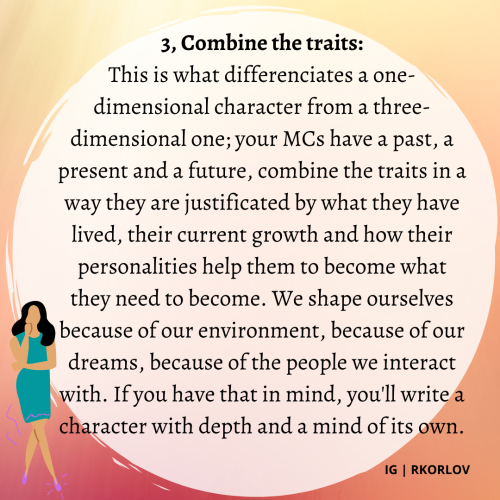 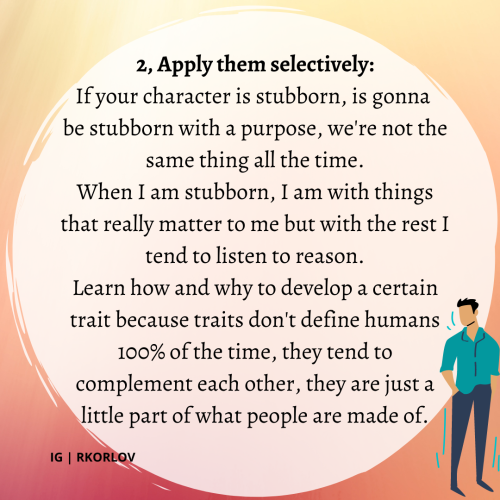 Rules: Post the last seven sentences you wrote, and then tag seven people.

I was tagged by @ardawyn. Thank you so much!

There are the last 7 sentences of To curse an angel: The mourning rose, chapter 1! I’m excited! 19 more to go :’) So… does dialogue count as one sentence?

“Be careful of the roses, please,” Anaichi murmured, pushing his mind away from thoughts of his caretaker. “And stop fussing, I’m serious. I’m a demon, not one of your sickly elf friends. I’m also your elder.”

Telae’s laughter filled the oppressive air of the prairie, for a moment turning it back into a place for the living. “That’s where you’re wrong. I joined the resistance earlier than you did, remember? That makes you my little brother.” She tapped a finger against his nose. “Now relax, and let me work. You’re getting a book out of this; I wouldn’t pass out the opportunity. I’m told there’s even illustrations.”

Anaichi closed his eyes and leaned into her touch.

Season’s Bargain #ShortStory
The transition from Summer to Autumn, as Persephone returns from her mother’s house to the arms of her husband deep below the ground. #mythretelling #fiction #fantasy

*The transition from Summer to Autumn, as Persephone returns from her mother’s house to the arms of her husband deep below the ground.*

Persephone waved her goodbyes to her mother as she stepped toward the doorway that opened up, sprouting from her feet like a tree. Her mother had already insisted on several goodbye hugs, and attempted repeatedly to get Persephone to stay on the surface for…

The Shadavar is said to live in the most desolate part of the Shamaran desert known as the Duat.

Many stories tell of the Shadavar wandering the desert, playing an enchanting song with its flutes. Depending on who you ask, the Shadavar is sometimes a helpful guide who leads lost travelers to water, and other times, leads travelers astray, driving them mad with its music.

Two TTRPG-style character tokens for a client, featuring their FFXIV Lalafell and their Fae-moth D&D character!

I really enjoyed working with this client as this was the first art they ever got of their D&D character so I had some fun with the design! And they were a joy to work with~ 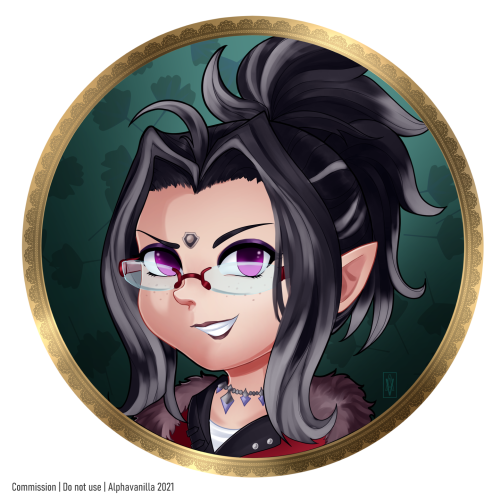 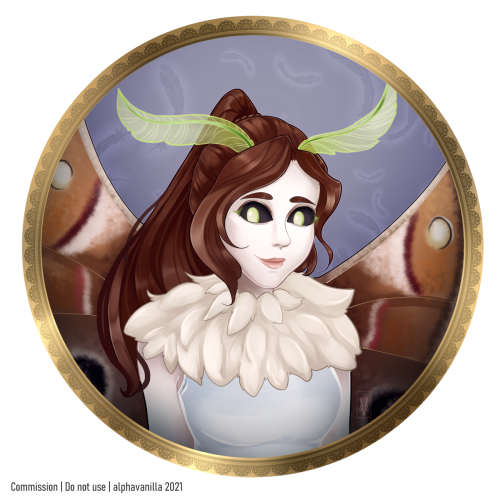 “Onírica - Fun at the Lake“

Felyx belongs to me

Kite belongs to my dear @fragilebeauties 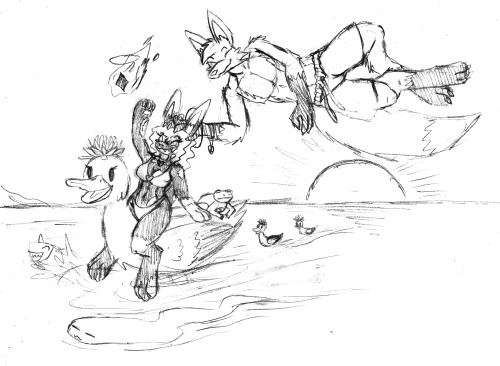 Been busy on my ArtStation (GoldieClaws) with making it look nice and using it to help further my uni portfolio, so here’s a reference I made for a personal project of mine~ You can also find some bonus concepts on my account as well!

Scim Deus (like ‘scimitar’) travels the world as a sellsword, fighting monsters for profit, with their only companion being a single seed from the fabled World Tree that takes the forme of a small, green lizard.

They don’t say much and when they do, they can come off as spiteful and rude, caring very little for forming relationships with new people as learning to trust others isn’t their strongest trait.

Their journey begins when they reach a town that is plagued with various monsters and, despite their initial reluctance, grow to befriend a mage-in-training: Erik Palka, and a mysterious knight and dragonrider known only as Ghira. 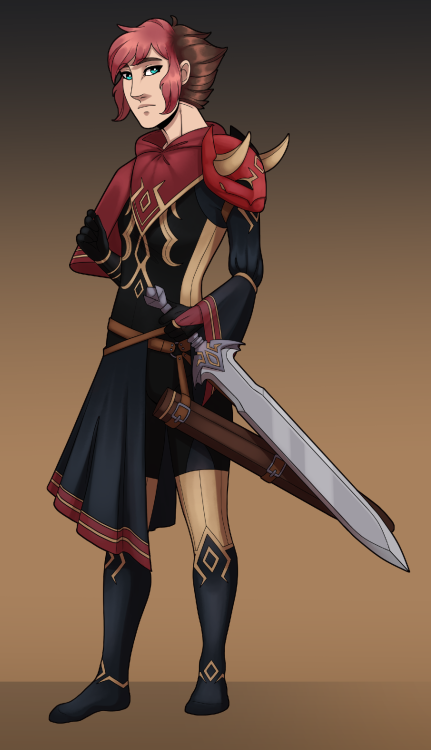 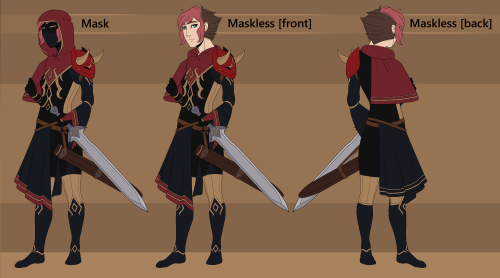 The Kingdom of Copper by S.A. Chakraborty, Daevabad Trilogy book 2

I read the first book in the Daevabad Trilogy (The City of Brass) a little over a year ago (read that review here), and I think this is the only new releases I’ve actually been following. I don’t tend to keep up with new releases, but I was really excited to see where this series was going! I’ll try to avoid spoilers from City of Brass, but just be aware that this is a sequel if you haven’t read the first one yet.

“Go steal some happiness for yourself, my friend,” she said softly. “Trust me when I say the chance doesn’t always come back.” (451)

The Kingdom of Copper has a prologue that picks up nearly directly after the end of the first book, and then the first chapter begins about five years after that. The point of view switches between chapters as the novel follows Nahri, Dara, and Ali in the aftermath of the book 1 ending. Nahri is struggling, even five years later, to adjust to her position as Banu Nahida and Muntadhir’s wife. She feels out of place among the al Qahtani royal family and must balance her religious, social, and political positions with her personal beliefs and wishes. Ali has been away from home since the odd change he incurred, and he has made a life for himself amongst people who don’t ask quite so many questions. But he has to come back home to Daevabad, and he worries how his family will receive him after his exile - and how Nahri will feel about seeing him. Dara, too, has been away from Daevabad and struggles to come to terms with new power. Along the way, he meets a woman he believed to be long-dead and must put aside his personal feelings to meet the goals of his group. When Nahri and Ali meet again, they learn more about the political plans of Ghassan al Qahtani, and have to make tough decisions regarding the lengths to which they’re willing to go in order to protect what they believe to be the rights of the mixed-blood Daevabad.

I don’t think Kingdom of Copper was quite as good as the first book, but it was definitely a solid middle novel. Trilogies are always a little tricky, and the second books tend to be a little slow because they have to build tension while connecting the intro and conclusion plots. It certainly wasn’t a bad novel, but it just wasn’t awe-inspiring. As with the first novel, the worldbuilding was beautiful, and the mythology continued to be detailed and intriguing. I can tell that Chakraborty has done her research and has a personal interest in the mythology and architecture of Egypt and the Middle East at the time. I’m not a historical expert, but the descriptions of the human world have a distinct time period in mind, and those details seem to be accurate from what I do know. The dialogue was realistic, and the characters were dimensional. I enjoyed reading about the internal (and external) conflicts each of the POV characters faced surrounding their personal wants and beliefs versus their responsibilities and sense of duty. I felt like those conflicts were realistic, and they added a lot of dimension - both to the characters and to the political and social systems in place. The intersection between character arcs was also interesting, especially with the introduction of a new relationship dimension between Nahri, Muntadhir, and Jamshid. My little gay heart was also very excited to see some queer representation in this novel!

Right now, the overall plot of the trilogy is a little vague and undefined; I’m not sure where exactly this is going. I’m expecting a final, larger conflict, but I’m not really sure how we’ll get there given where this book left off. I did feel like this one was a nice continuation of the first book, and it sets up well for the conclusion. It was a little anticlimactic, though, and I’m just not sure what to expect from the third and final book. The series does seem well-planned, though, so I have a lot of hope for that final novel.In general, this was a good book. It was engaging, it had a solid plot, and the world Chakraborty has made is just beautiful. It feels a little liminal, but I attribute that to it being the second in a trilogy.

Trigger warnings for violence, mentions of blood, descriptions of injury, character death, weaponry (blades and guns), and nongraphic mentions of sex and infidelity.

My overall opinion: A solid sequel!