Then Fabian’s SERIES OF UNFORTUNATE HUBRIS EVENTS went down and that all got yeeted out the window.

By the end Brennan was like please, please for the love of YES? take this mysterious Aguefort character and just chill the fuck out. You destroyed Garty’s chance to be the Cool Guy and main attraction of the episode so I’ll give u Ayda and a second chance. Please treat my daughter right

Hey if you play D&D tell me what inspired your character(s)!!

My human cleric was heavily inspired by the shenanigans of Merle Highchurch and Kristen Applebees!

My yet to be played halfling barbarian was inspired by me! Cause I too am small and angry.

BRENNAN YOU HAVE NO IDEA THE AMOUNT OF STRESS YOU PUT ME UNDER NOW I DONT KNOW WHO I LOVE MORE THE HOT CHEESE PIRATE, THE OLD ASS CHOCOLATE BUNNY, THE MOURNING PEPPERMINT RANGER, OR THE COTTON CANDY CLOUD MONK

Summary: Aelwen is having nightmares and goes to the kitchen to drink some tea. There she finds Jawbone, who begins to help her process through baking

Ever since the Nightmare King’s Forest, Aelwen had been having a hard time trancing.

Most sleep-related ailments didn’t bother her. She was an elf, after all—she didn’t sleep. But something had changed in her after the forest. Maybe it was the close proximity to Kristen. She was a cleric of the very same goddess, though Aelwen had met Cassandra and they were nothing like they had been in the forest.

All the same, it had changed something fundamental in her. Where before her trances had been seamless nothing, she was now plagued with visions and nightmares. Trances had been one of her few escapes and now…

Now she was awake at 2 am, heading to the kitchen because she didn’t want to wake Adaine. It was the umpteenth night she had been startled out of her trance and there was some comfort that came from the kitchen. She had only been living at Mordred Manor for three months, but it was where most of her good memories were. On their fourth day back, Fig and Kristen started a small food fight that Sandra Lynn quickly stomped out. (Though Aelwen could see Sandra Lynn was happy that they were getting back into old habits.) It was the only place aside from her room that she felt even slightly comfortable.

She was going to sit and drink some tea and loiter until she felt like herself enough to go back to bed. That had been the plan. Instead when she got to the kitchen, Jawbone was there. He looked a little fuzzier than usual, but there was no mistaking his frame. A year ago, she would have considered him a weak man. He was powerful but never used his strength and kind to a fault. Now, of course, she knew how strong he really was.

Fig Faeth is the only character 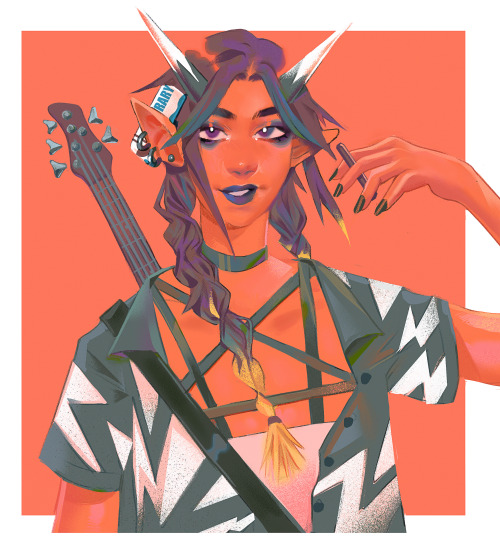 I will forever be on the “Riz is Ace” train. But also, I’m happy how this headshot turned out. Probs will open commissions soon. 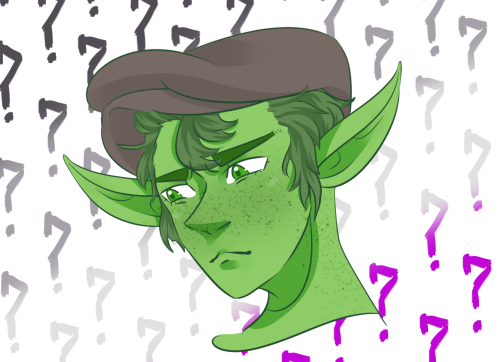 Ayda: Is Adaine always like this when she loses?

Fig: Yeah. You should’ve been here for the Great Jenga Tantrum of 2008.

Adaine: YOU BUMPED THE TABLE AND YOU KNOW IT! 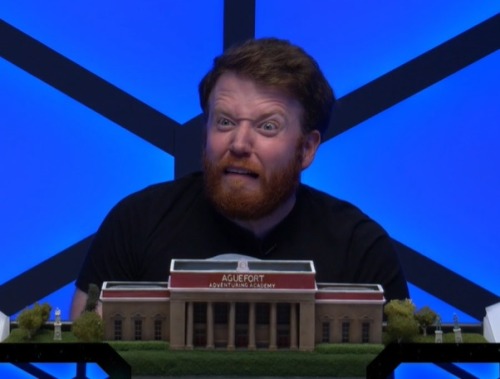 gorgug really was like, im GOING to learn how to be an artificer in just a lovely moment of character growth and im GOING to fix the hangman in a really sweet act of friendship and care

OH MY GOD at one point garthy tells the kids that their race’s job is “to fuck people into being good” which is literally what they do to sandralynn!!! how have i not made this connection yet!!!

Summary/Prompts: Ayda’s world turned upside down in the span of a day. With her internship at the Cross Points Public Library, absent mind but ever-present father, nothing feels out of place. That is until she finds a journal in the library she can’t read and soon after a wild assortment of kids come in, asking for her help. Together they work to figure out their dreams, the journals, and whether they can figure out a way to help their otherworldly counterparts get back home.

“Ayda?” Garthy knocked her door before gently opening it. “I thought you’d be in the kitchen.”

She swiveled two the door, locking her phone. “Sorry. I got distracted.”

“Texting someone?” There was a paused, and then their face lit up. “Did you make friends with those kids from the library?”

“Then that makes my present to you even better—and don’t worry about it. You got me something for my birthday so this is equal exchange.” From their pocket they produced a golden honeysuckle pendant on a long silver chain. “You wear this and you can go to any of my shops at the Golden Gardens without being hassled.”

She stared at the necklace in their hands, then up at them. “Why are you giving me this?”

“You’re an adult now and you haven’t been able to visit me since you were small. There are a lot of things to do there that aren’t illegal, so I’m sure you could find something to do.”

oh god also I’m rewatching the first episode in leviathan city and brennan straight up just says that alistair “seems to have like a crush or something” on fabian. yes he immediately takes it back and calls it more like “hero-worship” but for three split seconds it’s canon that alistair ash has a crush on fabian seacaster

Why the fuck did brennan make Garthy O'Brien so fucking sexy. I gotta know

While I’m on my bullshit;

What do you think Riz is short for?