FREE DOMESTIC SHIPPING in the US

DM me for inquiries :)

Another one of my ‘swimsuit special’ inspired pieces. 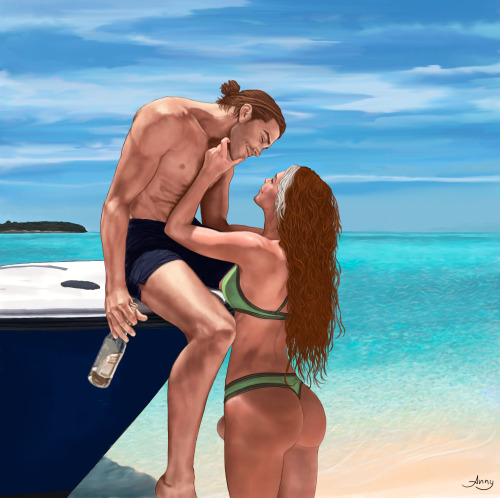 Hopefully Rogue and Remy will finally be allowed a few nice vacations. :)

The results are in. Votes have been tabulated and the prompts assigned. Thanks to everyone who voted!

And now, here’s what you’ve been waiting for. The themes for Rogue/Gambit Week 2020 are…

Rules:
- This is a celebration of all things Romy! Your fanworks may cover any point of their relationship—from their early flirtations to their life together as an old married couple, from friendship to lovers. Feel free to draw inspiration from any medium which they appeared (the comics, the animated series, the movies, etc.).
- Please tag your posts #rogue/gambitweek2020 or #rogue/remyweek2020 so they can be easily found and re-blogged on the Rogue/Gambit Week blog.
- Submissions can be done as fanfics, fan art, graphic/video edits, gif sets, or any other creative avenue you wish to pursue and can be posted. Be creative! (For example, during a fanworks week in another fandom, someone shared a selection of classical music and explained why that piece fit the couple in mention and the day’s prompt.)
- Any NSFW content must be placed under a ‘read more,’ otherwise it will not be re-blogged.
- You don’t need to post something for every day/every prompt Feel free to participate in as many days as you feel inspired. If you have created something, but are unable to post it on the assigned day, please post it when you can. It will still be re-blogged.

A quick reminder, Rogue/Gambit Week takes place February 2-8, 2020. If you have any questions, please feel free to send an ask.

Writers: post (approximately) six sentences from something you’re working on. If you aren’t ready to do that, add six sentences to your WIP.

Fans and creators alike: reblog a fandom post and add some love in the tags. Aim for 6 posts - or 6 tags. Whatever you can manage!

Feel free to repost this banner! 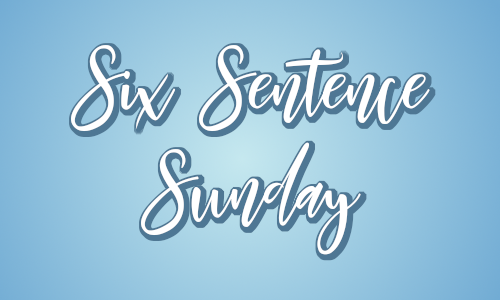 This is my first contribution to Spotlight Saturday, encouraging readers to recommend a current fic.
I am linking fic#145 of an amazing series (because I don’t know how to link the series itself). The writer has been posting one short fic every single day since the 1st Jan 2019. One fic a day! They are tender, they are angsty, they are scene additions, they are AU. But every day, you can be assured of reading one great Stargate fic, which should make you happy. And that is what writing is all about.

One fic a day! Sobs loudly in her coffee.

Make a post recommending a fic you love from at least a year ago. Dust off the archives, dig through your AO3 history and share those old fics with newer fans who might not have seen them - and the fans who’ve been around forever and might want to revisit an old fave.

Reblog art, edits, and gifsets from seasons past. Dig out those hold headcanon and meta posts and bring them back. What were the popular fan theories? What was everyone writing fic about 2 years ago? Five? Go comment on an old fanvid that got you right in the feels. Queue up that OTP playlist and break out the tissues. 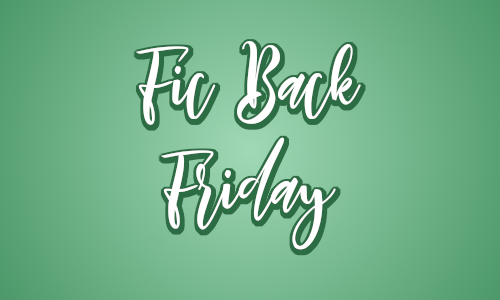 Today is Thirsty Thursday of fanworks week. Today creators ask for prompts, post ask memes, reblog their own posts and link other social media. Be as attention-seeking as you want.

From now on I am taking prompts for Harry Potter. I’ve seen that meme where you can

Send them my way! :D

(Oh and I have an art side blog. Also Instagram.)

I am very late but for this day of fanworks week a creator works on or posts something from their WIP.

So I haven’t been a writer recently. One of my WIPs looks like this:

I’ve finally found the time to get this set up!  I will be hosting a Courfeyrac & Marius themed fanworks week from September 7-September 14 this year.  Works can be shippy, friendshippy, or anything in between, and can be canonverse or any other universe, as long as they are about the relationship between Courfeyrac and Marius Pontmercy from Les Miserables.  The tag for works will be #courfeyracmariusweek, which is where I will also post updates should they arise.  If you like this ship, please spread the word and consider contributing! 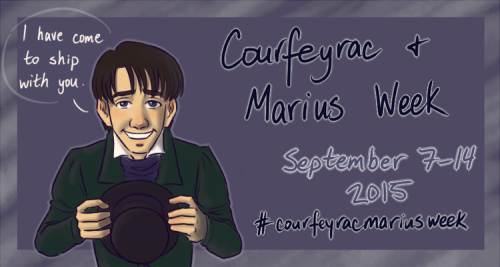 The AT4W fandom has some amazing writers and artists and has produced some pretty fantastic stories, drawings/paintings, figurines and sculptures, cosplays, etc  Let’s hear what you have to say about them. And if you’re a writer/artist/cosplayer yourself, tell us all about your work!

(Oh and include photos, PLEASE!)

Fill for the fan work marathon prompt “AU parallel where Yuma and Rei/Vector are Number Hunting rivals and Black Mist is Rei’s Astral.”

Can’t actually create anything today, but decided to pull out something from the old days to share with people. The prompt today is crossover/AU. This is an AU of the Zexal manga that rewrites the plot to include the Barian characters. It was actually written as a one-shot, but you’ll quickly notice there are lot’s of hanging threads in there that make it easy to believe this could have been a continuing story. Enjoy!

#zexal week, #zexal week 2020, #oh boy remember the Zexal fanwork marathons?, #I do and I can feel my body crumble to dust whenever I realize how long ago that was
5 notes · See All
fightingforcreativityText

My contribution to Art/ Fanworks Day for the Rhodeyappreciationweek!!!

Watercolours used for background and calligraphy brush for the acrostic.

Our Rhodey Week is now underway!

Today, the 24th, is Art / Fanworks Day!  Share with us your Rhodey creations, whether they be traditional art, crafts, digital, moodboards, yarn works, anything like that.  Spread the Rhodey love!

Remember, we have an AO3 Collection here, and if you post on Tumblr, make sure to @ us, and also use the tag rhodeyweek2020, as we will be tracking that.  We are so excited to see what you’ve got for us!

I’ve been tossing this idea around for a while, and I finally decided to act on it! The amazing @krokorobin and I are hoping to plan a fanweek for the Lacho fandom, and before anything is set in stone, we thought it might be a good idea to throw together an interest survey to see who might want to participate! If you would all spare a minute or two to take this survey, it would be immesurably helpful!

I kinda taught myself how to rig stuff over the last couple days for one of my university projects. I got a lot further than I thought I would, in a much shorter time span than I anticipated. I did mess this one up a bit, enough that I’ve got to leave it here before I scrap everything and waste time fixing it. But I am super happy with it.

#animation, #toon boom harmony, #toon boom animation, #2d animation, #character art, #Character Design, #my university posts are probably extremely out of place, #and my brain is angry cause I don't think I planned to include this work on here, #kinda just decided that my tumblr was for my fanworks, #but I actually have something going on this site, #so i don't want to leave it inactive while I'm busy for 6+ weeks doing work
1 notes · See All
sitandstareatthestarsLink
In another life - Chapter 1 - shadesquadvip1 - Star Wars [Archive of Our Own]https://archiveofourown.org/works/23880793

Rey and Ben grew up together. Poe and Ben are brothers. Finn, Poe, and Rose are Jedi too. Alderran is still there. They all attend the temple. They are all granted the rank of Master and part of the council.

Luke is there eventually. Finn can see the future- kind of…

Snoke starts to manipulate Ben as he attempts to infiltrate The First Order.

Rey is there for him but not in the right ways

On their first mission together Ben joins Snoke.

Rey of course goes to find him. but “it doesn’t go the way she thinks” AT ALL

Ben turns to the dark side, but he just wants Rey to JOIN HIM OkAy

Rey is determined to get him back but learns that he has to make that decision himself.

Thank you to SuperiorDimwit for helping me by editing this chapter!

The sun has just risen over the city, but Aziraphale had never gone to sleep. Rather, he sets down the book he had been rather engrossed in as the sun slips through his dirty windows. With a small sigh, he pushes to his feet and begins his morning routine by putting the kettle on.

Angels needn’t sleep. This was true, and Aziraphale never had seen any reason for sleep. However, he prided himself in a concise morning schedule: put the kettle on, make some bread and jam, enjoy a nice cup of tea while deciding when to open the store for the day- or whether to open at all! He loves the liberty of choice.

A gentle smile graces his face as he considers the loaf of bread, just bought the day previous. He slices the first slice. The butt of the bread is viewed differently among different cultures. Some treasure the first slice, others find it beneath them to eat such a piece. For Aziraphale, he couldn’t bear to throw out even a morsel, no matter the meal. Crowley would always flash him a knowing smile, aware of the angel’s concerns, and would always slide his barely touched dish over. Crowley always seemed to know the perfect time to ‘tempt’ him…

#Good Omens, #Good Omens fanwork, #Phantom of the Opera AU, #Angel Demon and Ghost AU, #Aziraphale, #Crowley, #I hope y'all like this story!, #I'm gonna try and update weekly, #it'll just depend on how Zoom University is treating their music majors each week lol
10 notes · See All
Next Page