All gifs were made by me, so I would appreciate that you do not claim as your own if you use them or post in a gif hunt, thanks a lot. <3

i really hope the people i miss, miss me too

“A memory about when they first fell in love”

Braigs mind was elsewhere at the time, like it always is. Infact much like the rest of him it was on the cieling pacing band and forth unhindered by the goingson of those beneath him.

Below he saw Even enter the lab and watched him for a while. The blonde icy bastard doing the usual tests and experiments…before Braig knew it he was watching the man for a good thirty minutes, only noticing after Even had taken notice and asked what he was doing.

An easy question to deflect.

With that Evens face goes beet red and braig smiles and gives a hearty laugh as the pastel blonde turns and leaves in embarassment.

“Aw hey! Come back!! I dont wanna stop looking!!” And he gave chase. Much like he’d do years later with a ring in hand…

are you mad cause I don’t know what you used me for?

#feelies, #im so tired, #this is so tiring
1 notes · See All
ozkar-krapoText

YOU ARE A  VERY IMPORTANT PERSON 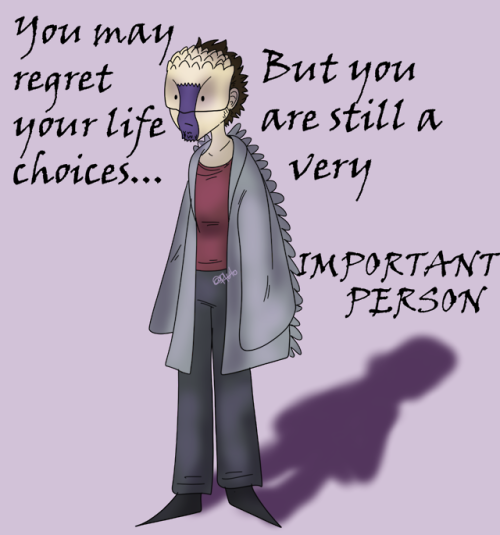 OH SHIT, OHH SHIT, IS THAT, IS THAT HOBO JOHNSON’S PEACH SCONES?!?

1. this was my reaction to this bad ass song, hits the heart man.

2. tik tok has taken my life and humor

I do not own this image 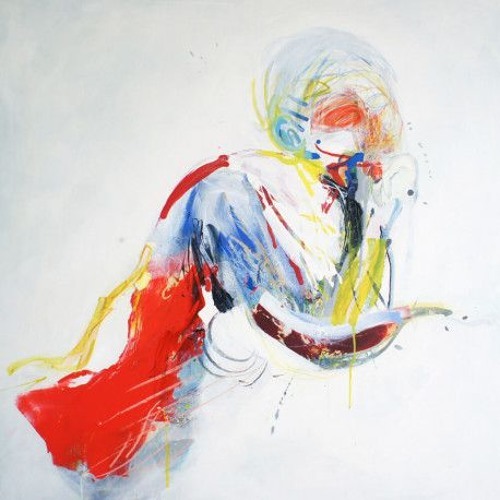 do you ever hear a song and it hits the way you feel so hard that you cry? that either hurts, feels amazing, or both at the same time, wow

Do you ever have cute feelings for someone that make you feel all warm and fuzzy but then you’re like, wow can’t say that

#new moon got me in the, #feelies, #hehehee
0 notes · See All
thisispoptonesVideo

There were countless times we wanted to video last Saturday’s Feelies show. After all, they were playing, not one or two, which would be pretty normal for them, but an ENTIRE SET, of Velvet Underground songs. There was some connection to the newly opened Velvet Underground exhibit which we wrote about in our last post. Afterwards, they played a full set of their own stuff and then topped it off with no less then 3 encores.

Yes, the Velvets are a huge influence on the Feelies. The driving, rocking, relentless beat combined with melody and an embrace of the noise that can happen when you play electric guitars loudly are hallmarks of both bands. It’s not unusual to hear the Feelies to pull out a cover here and there. We even saw them do a few with Lou Reed himself back in the early 90′s out on Long Island. It was comical to see Lou trying to keep up with the band as they did Run Run Run.

This show however was something else. We heard songs we never heard them try before like Head Held High and Heard Her Call My Name. We got emotional as they kept going, one classic after the next. We finally lost it when they did this one: All Tomorrow’s Parties. Bassist Brenda Sauter’s voice is eerily reminiscent of Nico’s and we soon found ourselves with tears running down our face while holding up the phone. There were a number of purists who complained about recording the show so we didn’t record the whole song and that was a mistake. This was history and a recording was necessary.

We talked to the band afterwards and put in our request that they make this show a live album. We know it was recorded for audio and maybe video both. Fans of the Feelies and Velvet Underground, the world over, would rush out to get it. There isn’t a band ion the planet more adept at reproducing the music of the Velvets than the Feelies and it was a thrill to witness.

Here was the Velvets setlist:

Sunday Morning
Who Loves the Sun
There She Goes Again
What Goes On
Sweet Jane
Head Held High
I’m Waiting for the Man
White Light/White Heat
I Heard Her Call My Name
New Age
That’s the Story of My Life
All Tomorrow’s Parties (Brenda Sauter on vocals)
Rock & Roll
We’re Gonna Have a Real Good Time Together
Run Run Run
I Can’t Stand It (with James Mastro)
After Hours (Brenda Sauter on vocals)
Oh! Sweet Nuthin’ (with Richard Barone)

Barbies- P!nk (This one really gets me. I literally have to leave the room when it plays. Idk why, it’s just really depressing :3)

He practically tackle hugged him, hugging his father figure tightly and crying into his chest. He felt a hand comb through his hair, reminding him of when he was young. He remembered when Sock would pet him to calm him down, his strangely colored hair being very fluffy back then.

“Where have you been?”

“Right next to you, I promised that I would stay by your side, remember?”

Janitor looked up to face his guardian, who caressed his face just like when he died. He wiped away the tears that fell from the young man’s eyes, kissing his forehead to calm him down. He was still a child at heart, and still very oblivious.

The young man closed his eyes and hugged his guardian tight, soon feeling himself slip away into the embrace of unconsciousness.

#SCREAMS, #FEELIES, #HURT, #LIKE MY BACK CAUSE I WAS SITTING ON THE FLOOR DOING SHIT, #AAAAAAAAA, #submission
15 notes · See All
smellslikenerds-blogText

As of today my new life motto is “use those heelies to get away from your feelies”, I don’t own heelies. But still.

#what am i doin with my life, #heelies, #feelies, #i need help
3 notes · See All
Next Page