Relation: Oliver Grays is her Father, Stella Luna is her Mother (Dead)

Weapons: She prefers daggers or knives in close combat, so she has a better chance to get their blood. For long range she uses a crossbow with enchanted arrows she enchants herself. When weapons aren’t an option, she can grow her claws like Lady Deathstrike from X-Men.

Abilities: Blood sense=the ability to sense the blood type of someone she’s looking at, once drinking their blood she can detect their power level. Moon magic=she can tap into the magic in the world around her, can enchant objects with a varying degree of success.

Dislikes: bullies, rap music, drama, being broke, when people underestimate her, people being ignorant about magic, and spoiled blood.

Miscellaneous info: she’s fiercely loyal, isn’t afraid to tell you exactly how she feels, falls asleep really fast and almost anywhere, a determined killer, addicted to learning new spells, believes in everything the Cult tells her especially from Oliver or Myles.

In the Feralverse her story starts back on the streets. Since Al was evil, he never rescued Bella from the thugs that day. So, a couple months after Al would have found her Oliver found her instead. Oliver Grays was her father and had forced himself on her mother to create a vampwolf powerful enough to be a weapon for the Cult. Bella excitedly goes with him, happy to have found part of her family. She was raised from 11 years old to be a killer. Climbing her way up the ranks was easy with the skills her father taught her and the other mages in his sect. A few years of brainwashing later and Bella was convinced the Cult was the right way. When she was told she needed to kill her Mother she listened without question. Taking her whole pack out and stealing all the Moon Magic info they had. Eventually she got so popular (or hated depends on who you ask) that the Myles Kenway decided to train her in magic. Once she was 22 she was in charge of a whole sect herself and would train with Myles when they had time. Recently she’s gotten word of an info broker that may be worth checking out. 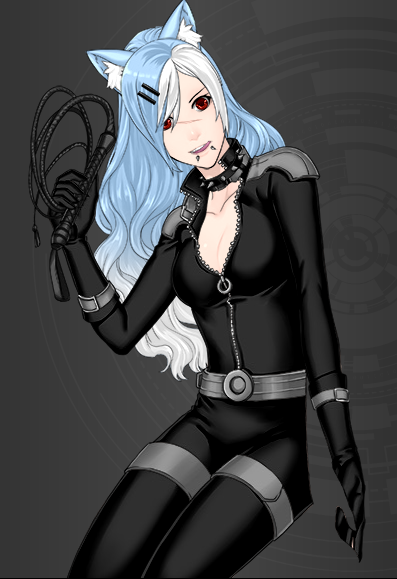 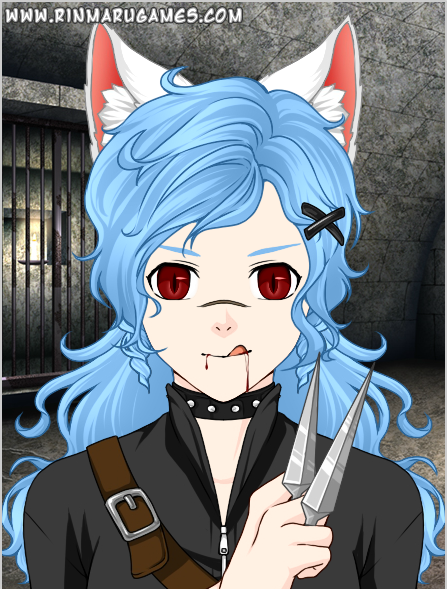 Dale: You know what strength is? Forgiving a person who isn’t even sorry.

Icarus: Not to be dramatic but I would much rather die instead.

This place was different.  His nose pressed to the dirt, inhaling deeply.  No, this wasn’t the desert.  This was… elsewhere.

He remained crouched, gaze sweeping around briefly before continuing forward.  The proud posture of the Curator was replaced with a more… cautious one.  He knew how to move quietly, and it was as natural as breathing air.

He came across the lake, ears perked as he leaned over.  The water was calm, showing the reflection of the jackal back to him.  His head tilted before leaning fully down, carefully drinking from the water.

This place… was odd.

#blossoms-and-solitude, #Feral AU, #Nasus, #Yasuo, #[I need to come up with a tag for feral Nasus], #[Hmmmm...]
3 notes · See All
shurima-demigodAnswer

He wasn’t sure what these little creatures were, but perhaps one would make a decent snack…

Hey guys! Sorry for being so inactive.

The reason I’ve been asking to get asks that could be answered by text (so asks that mean no drawing) is because my motivation has been running low af recently (I’m trying to get in touch with a psychologist but having to depend on my parents makes it hard) and between my problems of focus (certain it’s ADHD or something along those lines since I suffer every symptom but that’s another story) and my fallbacks into anxiety/depressive episodes (triggered a lot recently with the going back to class stuff for…reasons) it’s getting hard to actually find the inspiration to draw.

I have commisions to do and even doing those has been hard as hell for me. The days I think I got a better grip on my mood suddenly my tablet doesn’t work or my wrist/arm is in pain and I end up not being to draw then either.

I want to keep doing stuff for this (and I’m finally working on the mini-comic presentation since I already know I don’t have the mental strenght to do a full-blown series) and for my other blogs (Specially @swappedsuaus since it’s with some great friends) but it’s been prooven that I can’t do as much as I want to do.

This means I will be less active, still answering asks by text and such to keep the AU active and maybe even answer ones with doodles but I’ve already confirmed to myself that I won’t be able to do full color/lining to them because I will just get frustrated and drop it after a few hours.

If anyone wants to be a guest artist or anything, honestly just go on and ask me via dms/ask (or even through the discord server https://discord.gg/PVUZzKB ).

While I’m going to do the comic, the style will probably not be stable at all and it will depend on my motivation to do each page (so sketch, sketch with color, lined maybe even) plus some friends offered to help so that’ll be really nice. For example there’s a background for the first page done by @dormantpandadp (who is really nice and you should check out!) and the more that appear I will mention them along the way.

I uhh, kinda forgot what I was going to say here because I got distracted while listening to broken wii menu music but I assume it was important.

Also yeah, feel free to send any asks! Either to me or relating to the AU, doesn’t matter much rn I’m just hoping it will get me on the mood of drawing rn. 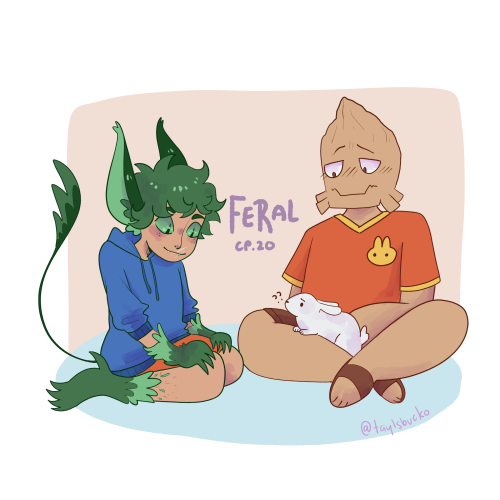 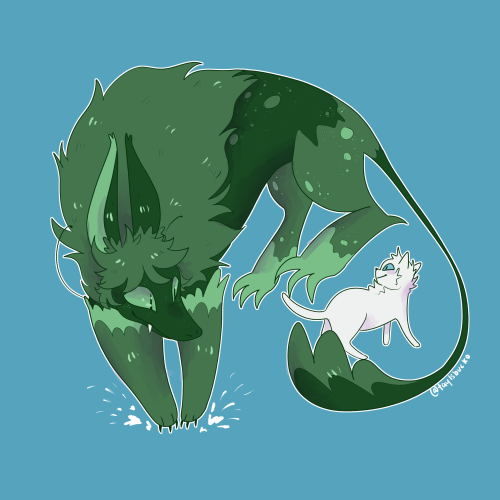 Lmaooo the offense… You already piss off Decepticons by hanging out with other Decepticons and stirring up infighting, but to find you getting along with an Autobot- the indignation just levels morale.

You know how those cat owners are part sad, part furious, and part ready to declare war through treats alone? You would have the weirdest week, full of rants about how ungrateful you are followed by the very best gifts you could possibly ask for. It gets to a point that when you meet up with Ratchet again and he lectures you on how unsafe it is to scale an enemy unit in the middle of a warzone you immediately begin looking for the treat he’s hiding.

It’s definitely a low for everyone else involved. Especially when this doesn’t effect your favoritism whatsoever.

#feral au, #optical admirer, #anon speaks, #sd speaks, #transformers, #ratchet, #the autobots give ratchet a round of applause for successfully currying favor with the hostage, #and hes like wth are you talking about, #i hate that little twerp and i tell her straight to her face, #the vitamins are just a coincidence, #yes theyre gummies im not a SAVAGE
5 notes · See All
sonofhermesblogText

#mha, #Feral au, #gods i love this fic but damn it just ended there like holy shit, #i gotta wait a week now
0 notes · See All
littlejaxelPhoto 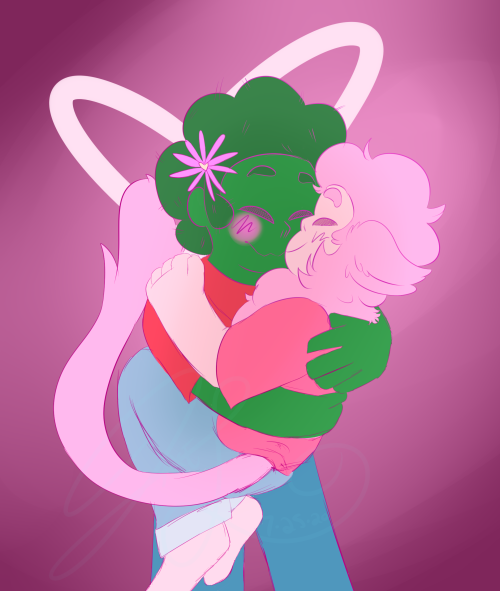 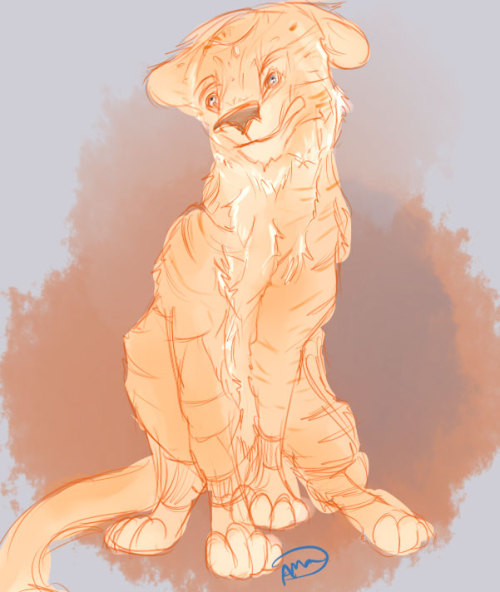 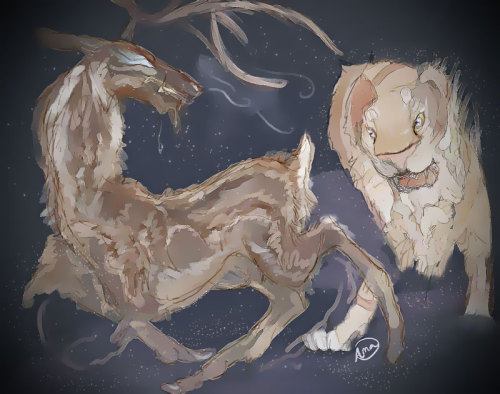 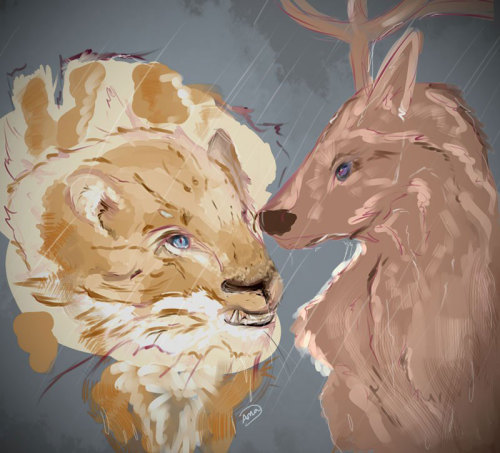 It’s probably the first time Manic Hero has been bitten back.

#izuku @ all might: i found a weird dog outside, #feral au, #manic hero deku, #cybers log
398 notes · See All
professional-polter-punkAnswer

So, the main premise of the Feral AU is that there was this big ol spell cast from the top of the hotel that turned a lot of ghosts into either humans or beasts.

But what determines whether or not they get turned into a Feral Beast to begin with? Well, mostly how far away they were from the point the spell was cast, which also plays into how corrupt or feral a beast is.

Take Cassidy for example, she was on one of the top floors when it happened, but she wasn’t too close to the top of the building, so shes not as corrupt as say, Selene. The more corrupt a beast, the more it urges to kill.

Oh, and one more thing. After the spell was cast, the only way to become a beast is to be killed by one and have your body be left for 12 hours maximum.

Hey, Y'all? What Would A “Feral” Turtle Look Like?

I’ve started a sketch working on details and traits I think Leo would harbor (Because reasons, I guess?), and I noticed that I have a tendency to give him a stockier build and shorter height. My reasoning for this is that both of these traits would make life as a “feral” mutant much easier. A stockier build makes it easier to take down prey, and a shorter height gives less weight for Leo’s legs to support. I also think that his beak would be sharper and more defined from all angles.

I also made his little nugget of a tail visible because it’s cute.

Anyways, do you agree with me, or do you think his build would look different (along with his brothers)?

#RotTMNT, #Rise of the TMNT, #Feral Au, #I Just Think They're Neat
15 notes · See All
today-pepperland-goes-blueyText

Would feral!jeremy see in color or in black in white like most animals….

#feral au, #just wonderin, #i mean i have i more in depth reason as to why I think he sees like cats/dogs/ most animals do, #but also eh
7 notes · See All
today-pepperland-goes-blueyText

Bitches be like “oh im gonna make a yellow submarine au!!” Then does then forgets about it

#rpg au, #feral au, #badtles au, #i need...to post about them, #cassie.png, #sorry i make so many 😔
6 notes · See All
today-pepperland-goes-blueyAnswer

How they solve/earn everything in that movie

#He gives him a head pats and boom a new friend, #asks, #anon nonny's mouse, #y'know that pic set of the woman and the cat smacks her? yeah that's them, #feral au
4 notes · See All
Next Page