i will probably scream

i justwant to be level 80 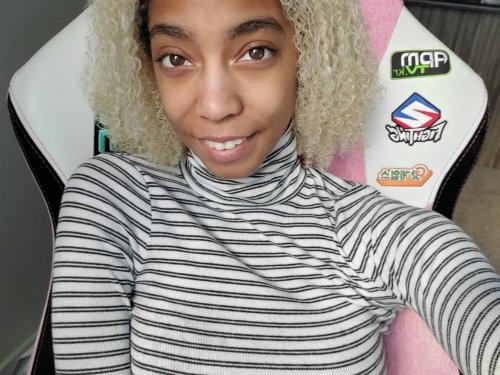 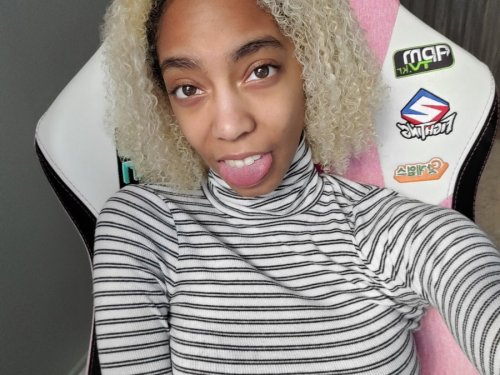 Screenshot with PS4 + post-processed in Adobe Lightroom by Aleterasu!

Legends say if you are wearing the best costume, you get more candy…

This week’s Posetober theme is Trick or Treat! Submit your work to any of our platforms from now until October 25th using the hashtags #posetober and #posetober2020. Happy All Saints’ Wake!

Trick or Treat, smell my feet, give me something good to eat!!

This week’s Inkposers theme is Trick or Treat! Submit your work to any of our platforms from now until October 25th using the hashtags #inkposers and #inkposers2020. Happy All Saints’ Wake! 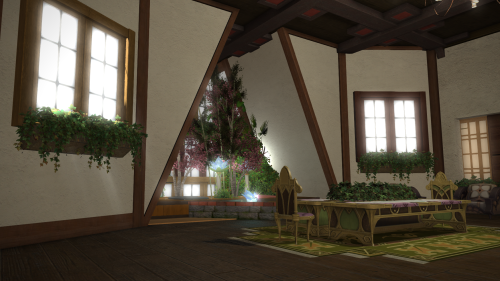 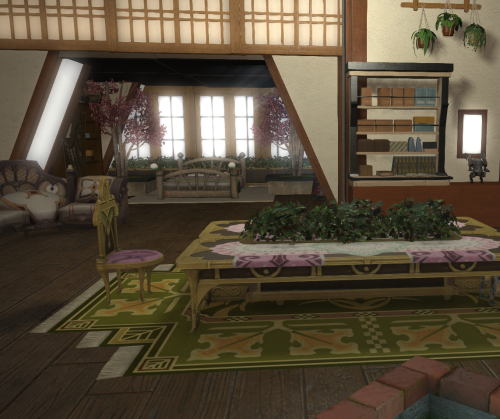 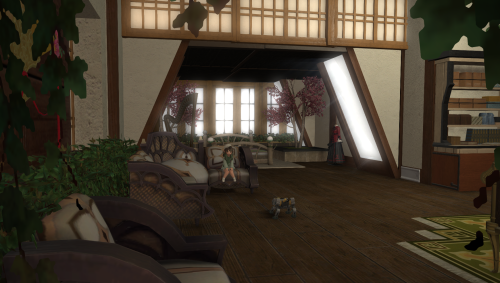 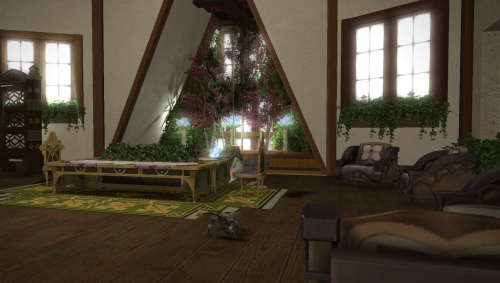 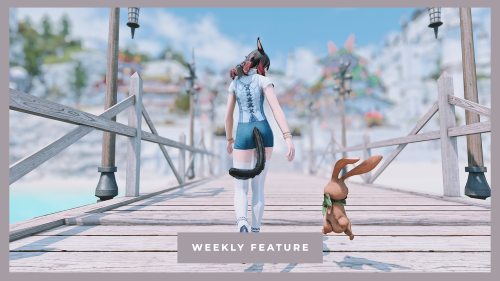 #41
a Full Body commission from July which I’m still proud of :3
The patterns on the clothing were a nice challenge for me to get myself out of my comfort zone! 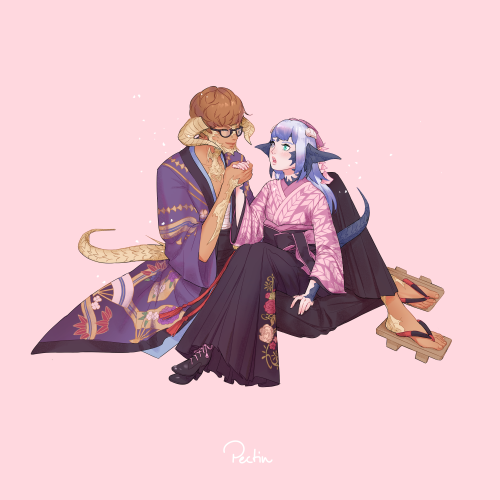 You are clutching your head, with no idea where to go from here…

This week’s Posetober theme is Delirium! Submit your work to any of our platforms from now until October 20th using the hashtags #posetober and #posetober2020. Happy All Saints’ Wake!

Where am I? Who are you? What is this place? O-oh that’s right…

This week’s Inkposers theme is Delirium! Submit your work to any of our platforms from now until October 20th using the hashtags #inkposers and #inkposers2020. Happy All Saints’ Wake! 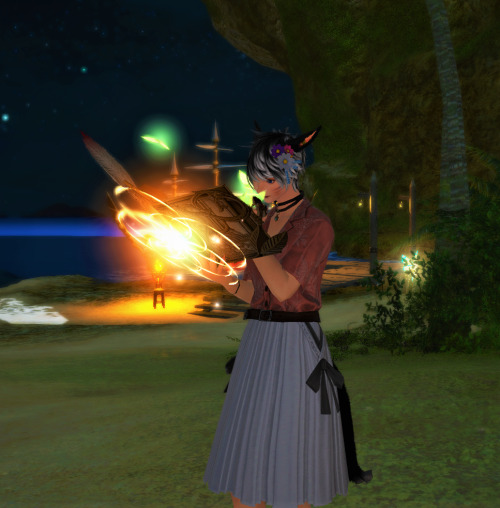 Stand tall, stand proud, and let the world know the power that reigns!

This week’s Posetober theme is Villians! Submit your work to any of our platforms from now until October 15th using the hashtags #posetober and #posetober2020.

Is your biggest fear the villains that stand in your way, or are you the true villain of the story?

This week’s Inkposers theme is Villians! Submit your work to any of our platforms from now until October 15th using the hashtags #inkposers and #inkposers2020. Happy All Saints’ Wake!

The brighter the light, the darker the shadow. Every pose you make, it will mimic.

Let your spirit cast shade on the pages from your pen.

This week’s Inkposers theme is Shadows! Submit your work to any of our platforms from now until October 10th using the hashtags #inkposers and #inkposers2020. Happy All Saints’ Wake!

“Hello there~! I’m Innkeeper Tina and I haven’t been around this place in many moons. Please check out the links on my profile and come say hi sometime. ♥” 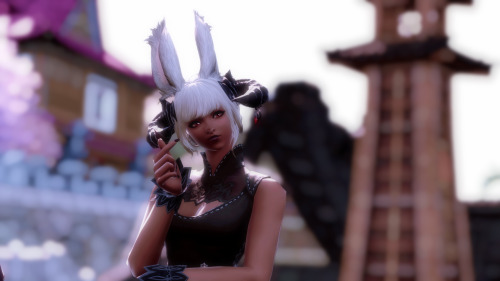 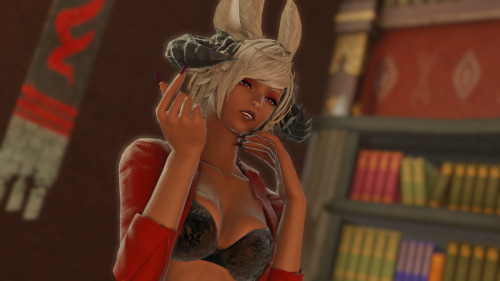 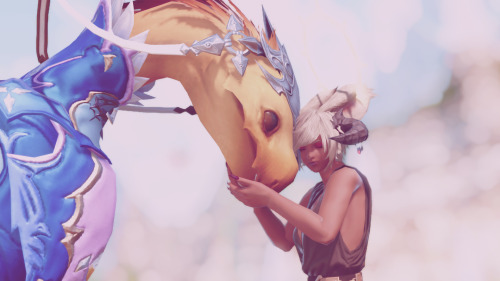 Let the fiery ink draw forth to stain your pages with ardent passion! It is time for Week One of Inkposers! This week’s theme is Enkindle. Submit your work to any of our platforms now through October 5th using the hashtags #inkposers and #inkposers2020. Happy All Saints’ Wake!

Cue the lights, adjust your cameras, and ready those ink pens! It’s time to host Inkposers and Posetober! Submit your work to any of our platforms using the hashtags #inkposers, #inkposers2020, and #posetober #posetober2020. Read above for more details.

some fun sketchpage comms! love workin on these things 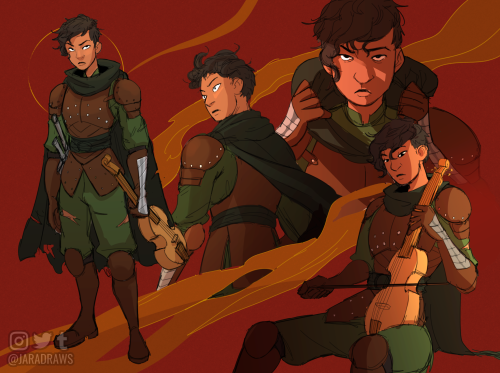 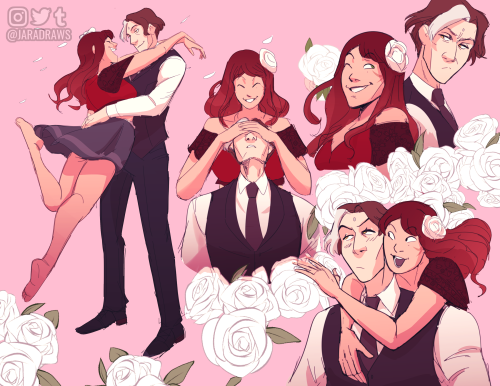 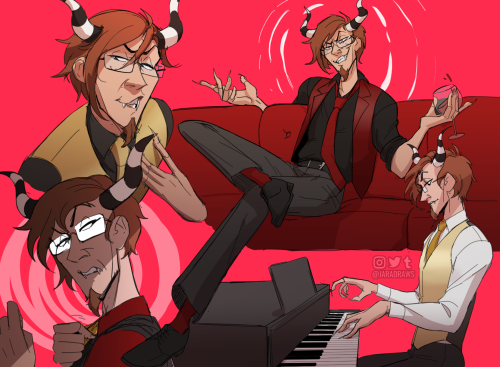 A Little Tuff Guy in Doma 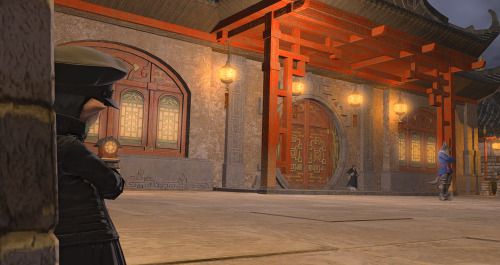 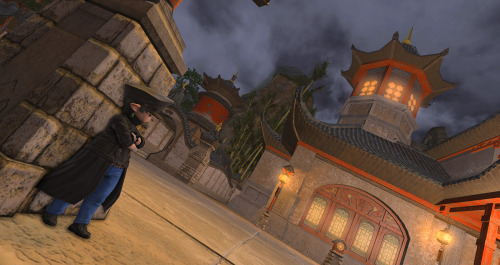 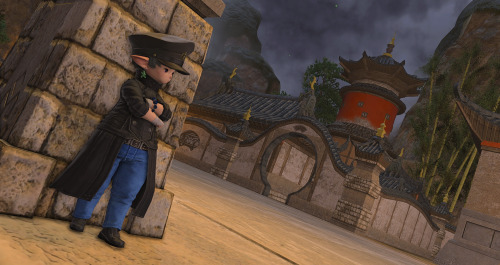 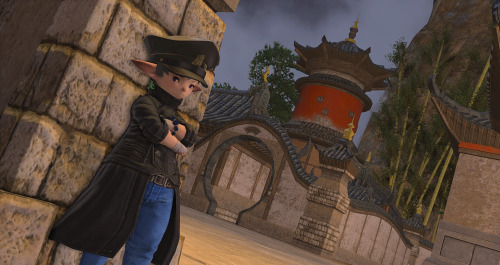 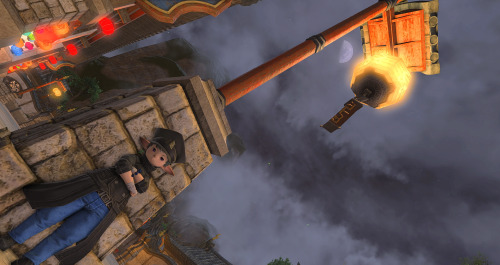 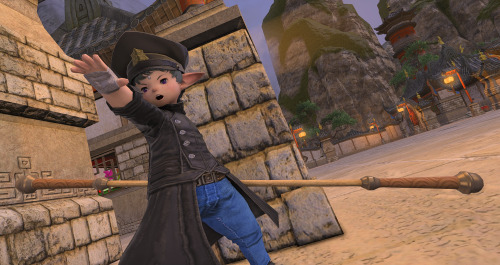 “I never expected that our work would evade notice, rather I hoped to effect some measure of control over how it was observed, assessed, judged.”

Officially it had no formal title, but in communique and common speech it was referred to as Company Hall.  Among the officers of the Thursby Company it was often named Tondera Hall, for reasons none would explain when asked.  Among the Scions company it was called the White Tree after the first sub-level which had been arranged into a spa by the same name.  The spa was open to the public and frequently served recuperating company members.  The first level held a service desk at which members of all companies, guests, and customers of the spa conducted business.  A crafting, engineering space, which Ossimira Miegs seemed to dwell in all hours the night and day was behind the service desk.  Scattered through the hall, in sub-levels under the main building, were quarters and rooms.  Most were in the hill abutting the hall, others in the sub-levels along the ridge overlooking the nearby streams and lake.  This afforded many rooms windows.  Collectively the design also made the hall seem deceptively small as seen from it’s courtyard.

Benjimir kept personal quarters in Company Hall.  Also, there were offices for the newly appointed business management gurus the Twinkinryker twins.  A few rooms served as backups to their Thursby Company counterparts in Ul’Dah.  Benjimir was in conference with his younger brother Bondermir in one such room.  A plaque on the door identified it as AUXFLTOPS.  The Auxiliary Fleet Operations room.  There was next to it a similar room whose focus was caravans and warehousing related.

In the far end of the room was a large map on the wall.  On the map were color coded paper icons representing company ships, convoys, anchorages and port slips.  Each was pinned to the map with a small slip of paper naming each.  Ships were labelled by class, origin, destination, mission and commander.  Strings from the icons led to each ships destination on the map.

Two clerks, “up wellers,” Sammie and Adler, sat at the Watch Desk next to the map.  They had a small Linkpearl box in front of them.  The box was of Eorzean craft, intended to channel many links to it.  Those paired links were in boxes aboard each of the ships on the map.  As updates were received, the maps, ledgers, schedules and other information were updated there.  In Ul’Dah an identical room, larger and more elaborate, replicated the effort.  Which room actively took responsibility for “the watch” rotated.  Today “Tondera” had the watch.  Another set of rooms nearby and in Ul’Dah were similarly appointed and focused on caravans.

“Watch, Baxter.  Arriving, Kugane slip 3, FSB 1251.” a voice said over the link box.  Adler marked a log and spoke into the box.  “Baxter, Watch aye.  Time in, Fleet Standard Bell 1251.”  Adler walked to a short step ladder in front of the main map and updated the marker for the ship and moved it to Kugane.

Benjimir returned his eyes from the Watch desk to the map he and Bondermir were standing in front of.  His attention was drawn repeatedly to the older map on the opposite wall.  A few years prior it tracked Company and Maelstrom vessels and points where battles had been fought in the Dragonsong War.  None involved Company ships at that point.  In the years since the current map in front of him traced points of contact and combat, mostly with pirates and the initial engagements with the Confederacy to the present day.  Points of contact with Garlean ships were highlighted.  There had not been any fighting since the previous war and little even then.  The Imperial fleet had been scattered and unable to mass during the conflict.

“The Alliance wants nothing to do with it, but the sentiment in the ranks isn’t solidly behind their leadership.” Bondermir said.  He pointed up at several places on the map.  “There are skirmishes all along these Imperial zones of control, Ala Mihgo, and such.” he added.  Each zone had one or more ports and shipping lanes traveled by Company ships.

“And we have business interests, caravans and Scions all over those places.” Benjimir lamented.  “If this escalates and the Alliance is drawn into a fight involving the Empire we may have a difficult time avoiding contact this time.  Our footprint is bigger now.” he said rhetorically as Bondermir knew this as well as any in the Company.

“Aye.  It is aligned with our intents and interests to oppose the Imperials.  If this continues to track along its current path the Alliance will get drawn into it.  If they are pulled into a shooting war I don’t foresee how we avoid it either.”  Bondermir said.  Benjimir nodded his head and pointed to the areas nearest to the Imperials.  The conversation paused.

At the duty desk the clerk picked up a small card and reached to another device next to the Linkbox.  It resembled a childs toy, a small keyboard with six keys and a small speaker, set in a wooden box with gold painted decorative details.  The clerk pressed a button on the linkbox which locked the transmission open then began to tap the keys on the new device. She pressed two keys like playing a musical instrument, each resulted in a different tones playing.  She repeated this six times with two different keys each then spoke into the Linkbox.  “Watch testing with Forrostar, Andustar, Baxter, Fairstar, Fairsea, Entulesse. FSB 1300.”

“We need eyes and ears out there.  And everywhere else really.  This is happening weather we or the Alliance wants it or not and we’re still treating this like a research project writ large.” Benjimir said, turning to his brother.

“Business ledgers, passenger manifests, field reports from the Scions don’t tell us enough of what we need to know.  We have more shipping agents than intelligence agents.  We won’t avail ourselves anything by being passive here.  With the Twinkinrykers onboard now I’m naming you our Director of Strategic Information.  I need spies Bondermir, a lot of them.” Benjimir said.

At the Watch desk the Linkbox squawked with a long three tone signal, which was assigned to the Company Hall.  A voiced followed up as Sammie and Adler began to mark entries into their logs and close them.  “Tondera, Ul’Dah.  Tondera we stand ready to relieve  you.”  the voice said.  Sammie leaned forward and pressed the key to talk on the Linkbox.  “Ul’Dah, Tondera, we stand relieved.”  A moment later the voice from Ul’Dah spoke again.  “Tondera aye.  All players, all players, Ul’dah has the Watch, FSB 1305, good day!”

Bondermir cringed at the identical twin Lalafells taking up much of his work over the Thursby Company but it was something long planned.  “For both companies?” He asked.  Benjimir shook his head.  “No, only the TC.  Keep this clear of the Scions of Numenor.  We need them to keep their hands clean.  Variance from that is at my sole discretion, is that understood?” Benjimir said with a stern look.

“Understood sir.  When should I begin?” Bondermir asked.

“At once and with haste.  I already feel a draft on our backside.  Like we are missing something.  Right now, we are the fly on the web Bondermir.  The Empire is a ruthless but professional organization.  An unambiguous risk to already know we are here or to endanger our people.  We need to know not only what is happening but to guard ourselves from those that maybe watching”  Benjimir said.

“It will be done.” Bondermir said.  He looked at the center of the room.  There sat the wargaming table.  A prized possession and training tool of commodore T’subaki.  It was a map of Haydaelyn’s Ruby Sea with an overlapping grid.  Along the side of the table, arranged in neat rows were small model ships of unique design, presented from the waterline up.  It was used to model possible engagement scenarios, plan and test responses.

“I wish there was a game for planning this sort of thing out.” Bondermir thought to himself. 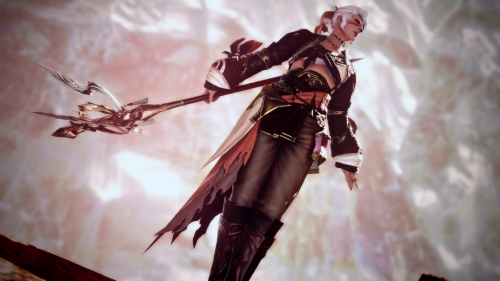 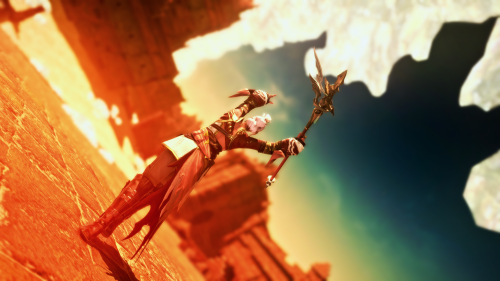