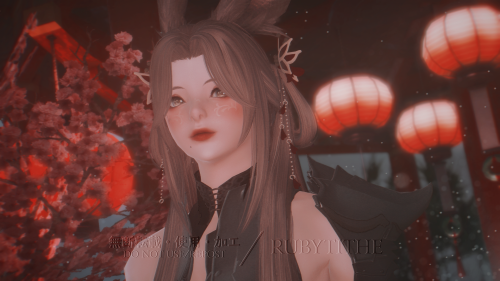 The Yotsuyu dress is really pretty and I wish we had something like it in game.

“And done! We did it! Mission complete!” G’raha grinned giving Savannah a thumbs up. Savannah smiled. She loved seeing him so happy. Right now things were simple quests, but it seemed like he was having a blast. Part of her wished something new would come. She wanted to keep her promise. She wanted to continue making him happy and-

A soft kiss to her lips interrupted her thoughts. “You’re getting lost in thought again.” He smiled. “You need not fret. I am enjoying even the smallest of adventures with you.” Savannah paused and then laughed a bit, feeling a bit sheepish that she got caught. He could read her like a book.

“I suppose I just want to give you that big adventure you were dreaming abou-“ A ring from her linkpearl had her ears shoot up. She stood up straight, getting into Warrior of Light mode. G’raha watched as her expression went from serious to surprised and then pleased. She then cleared her throat, going back to seriousness. It seemed like she was trying to hide how happy she was to no avail, at least not to him. “Understood. I’ll be there soon.” She hung up the linkpearl and grinned at G’raha.

“What is it?” He tilted his head curiously.

“Raha,” She took his hands in hers and smiled softly. “Would you like to go to Kugane with me?”

His eyes widened. Kugane? All the way out East? Far beyond where he’s gone before? With new people and new lands to explore? He grinned. “Yes! I would love to go to Kugane! We’ll stay for a few days probably. Let’s go back to the cabin and pack!” He took her hand and practically started dragging her behind him, making her laugh jubilantly. 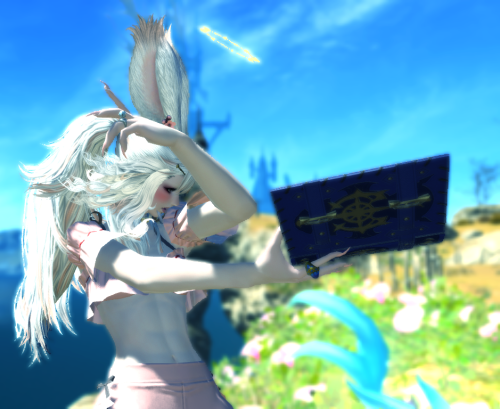 Now if only she could focus… 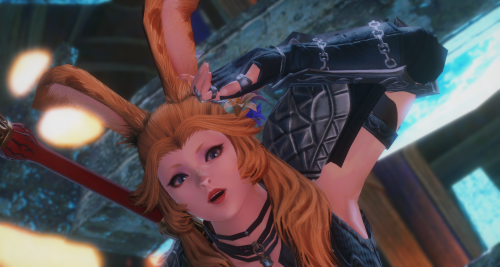 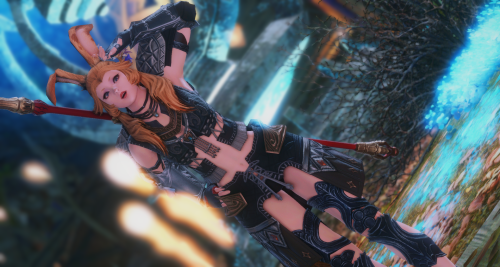 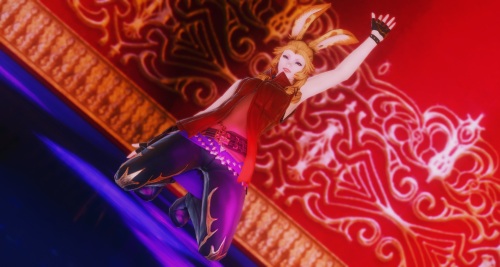 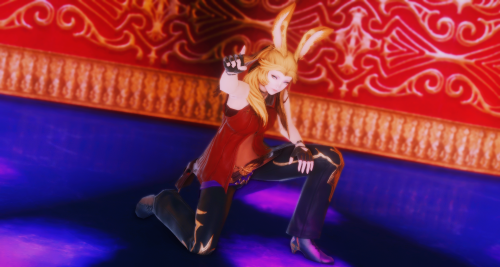 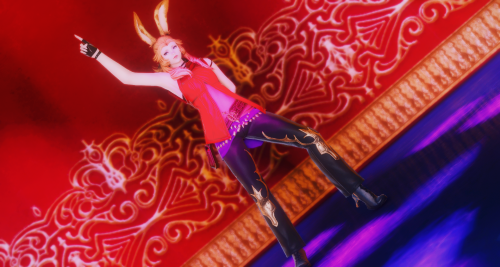 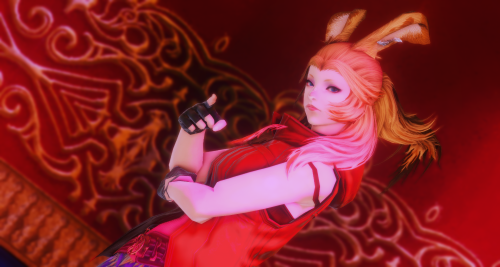 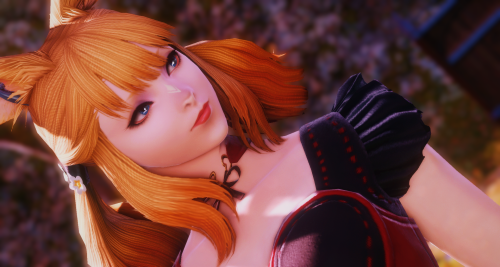 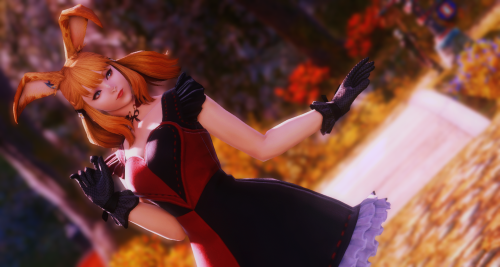 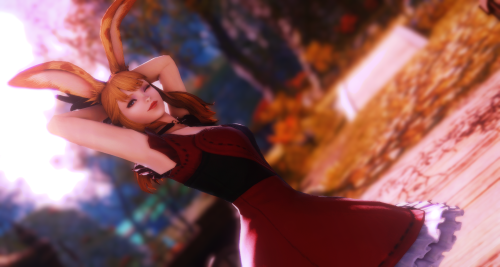 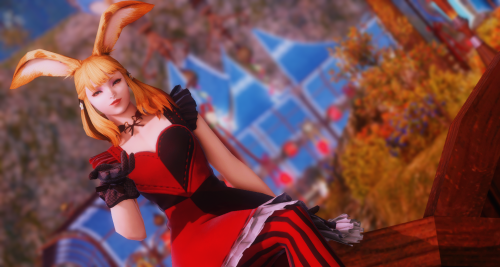 Really digging this glamour for Gunbreaker. Now i just need to learn how to tank well… 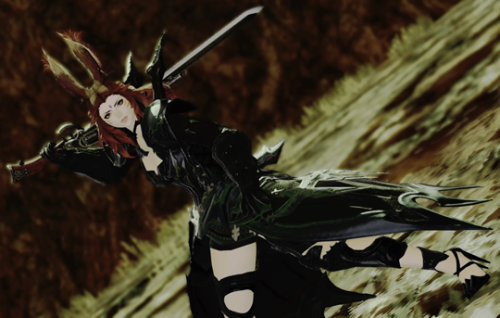 Totally in love with this glamour for Nera’s Dancer class.♥ 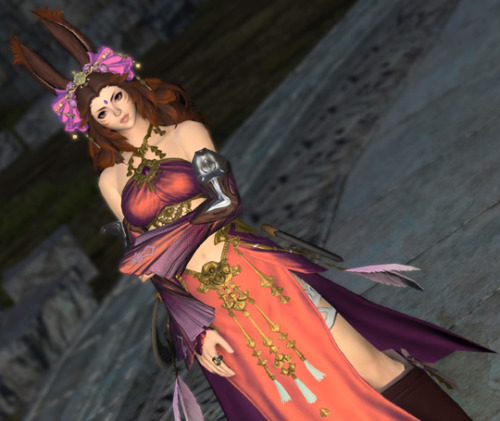 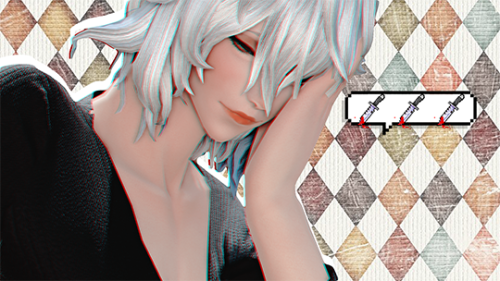 The benefit of Alice being… how he be is… I can put him in girly things and make him do girlish things and it’s still canon. Alice doesn’t give a shit. 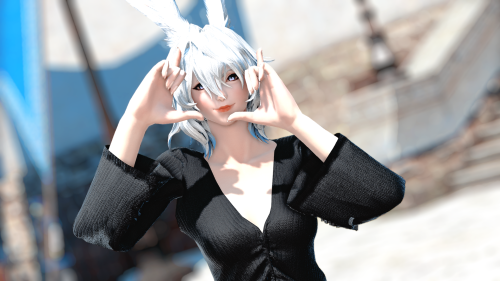 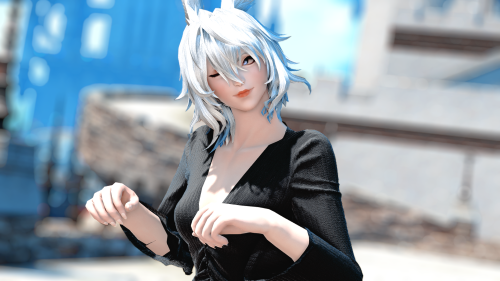 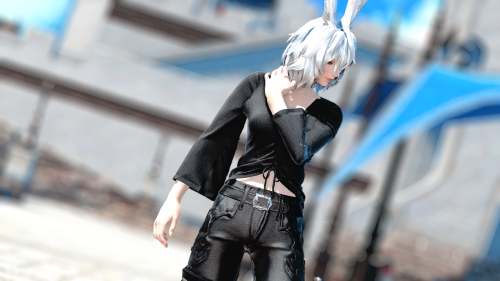 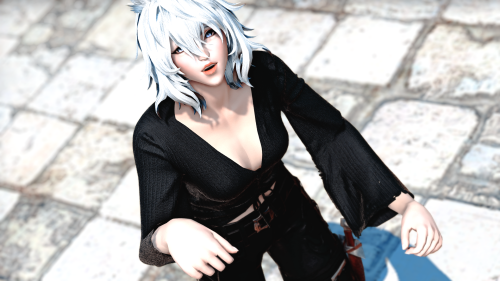 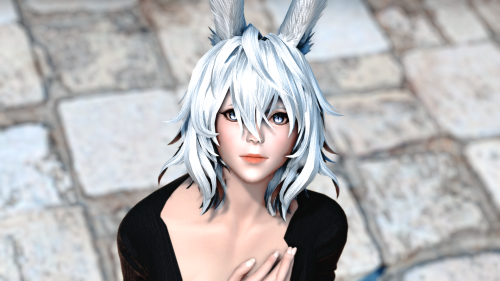 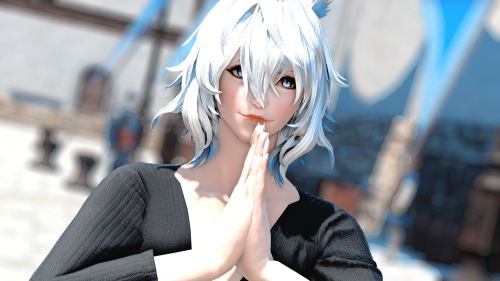 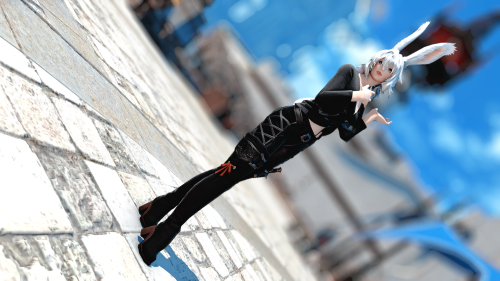 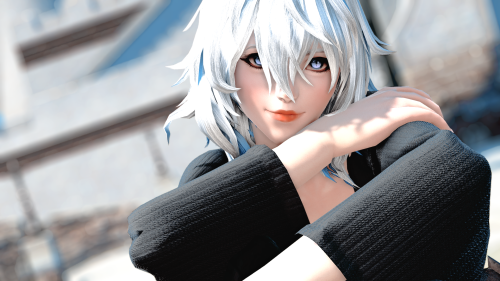 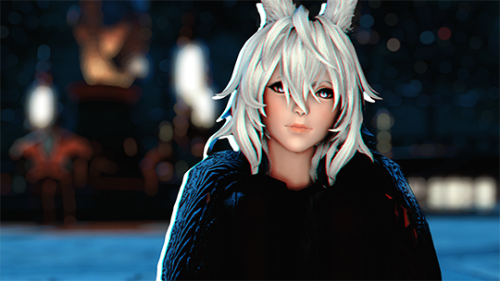 Lily’s sexier outfit, the one time she can have a bunny tail =3

Such an unruly woman

Catch me always taking dragoon pics in this lighting))

A wild Vara has appeared! 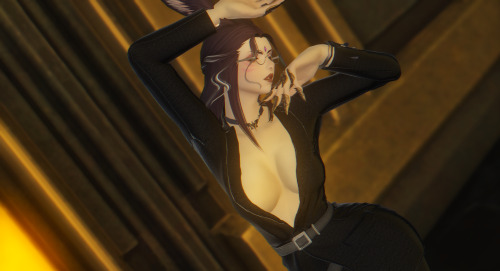 “…what is this? Why’s an old camera in an abandoned house?”

“Creepy place… If this thing works, I’ll get some pictures.”

“…when did the lamps light up…? Someone must be here.”

“Wait, did that doll just move?”

“What is she even doing…? Is that blood?”

Commission tiimme!! Lady Katie is such a lovely person and het Viera is stunning!

I really enjoyed drawing her again ^^