— I know that I should have been playing BEFORE THE STORM but I just couldn’t say goodbye to Chloe, Rachel and Max so quick. That’s why we are playing LIFE IS STRANGE 2 right after CAPTAIN SPIRIT (also because in the end of this game we saw characters from LIS2). I really enjoy LIFE IS STRANGE atmosphere and I hope you do it, too! P.S. I’m really sorry about my mic this video! I will try to do something with it in the next video.

Here’s the other side of the morning under-the-door playtime.

How about a post-TRoS live action series on Disney+ featuring the ST cast and directed by Bryce Dallas Howard? 🤔

Here is my fluffy offering for Week 1 of KrampusKinkathon2020 for the Lights prompt…and a bit of the Voyerism prompt if you squint. ;) Also a rare venture into non-Star Wars AU for me, and well past the intended drabble length, but I’m still calling it a drabble. Enjoy! :)

Finn lets himself in through the back door, stomping his feet free of snow and shaking it from his shoulders. He sets the pizza on the kitchen counter and calls for Poe.

“In here!” shouts the other man. Finn drops his wet coat on a chair and walks into the living room.

“It’s really snowing hard out there—” He trails off when he finds Poe stringing lights on the tallest Christmas tree Finn has ever seen. He is reaching over his head, green sweater rucked up and showing smooth skin. “Nice tree.” Nice ass, Finn thinks to himself, hiding a grin. He’s not supposed to think that about his best friend, but he does almost every day.

“Thanks,” says Poe. A string of lights is flung over his shoulder as he walks around the tree, winding them around the branches. His sweater hitches higher every time, and Finn wants to reach out and caress that patch of warm skin.

“Need any help?” he asks instead, definitely not tilting his head for a better view.

“Almost done, buddy,” Poe replies. “Kind of got a system going.” He glances over his shoulder with a grin, hair mussed and eyes glowing in the light. “Want to grab some beers and pick out a movie? I thought we could put up some ornaments while we watch.”

“Not the big game, then?” Finn teases. He hadn’t expected to watch the game, knowing Poe’s love for Christmas, but he’s still amused to see Poe so excited. “I brought pizza.”

“Same game they play every year,” Finn laughs. He walks back to the kitchen and grabs the pizza, two beers, and plenty of napkins. When he returns. Poe is standing on a chair trying to reach the top of the tree. The amount of skin showing is positively sinful, and Finn sits down to enjoy the sight. What he wouldn’t give to run teasing fingers through that glorious hair and across Poe’s broad shoulders, tracing patterns down his back and skimming lower—

“You’re staring,” Poe points out without turning around.

“You’re gorgeous,” Finn replies automatically. Poe laughs again, glancing down at his sweater and brushing pine needles onto the floor.

“Sausage and pepperoni,” Finn tells him, standing up and handing him the star. The stretch is amazing, and Finn makes a fist to resist brushing his hand along the beautiful expanse of Poe’s lower back as his jeans dip lower. Poe jumps down from the chair, straightens his clothes, and grins.

“Thanks,” he says. He turns to the tree and tilts his head, lower lip pinched between his teeth in that way that’s been driving Finn crazy for months. “How’s it look?” he asks, and Finn is lost.

“Amazing,” he says, and takes Poe’s hand. Poe glances down in surprise, but meets his eyes with a smile.

“Well, it still needs the ornaments, so I was thinking—”

Finn tugs him closer, wraps his other arm around Poe’s waist to hold him tight. “I meant you,” he says. He waits, his heart racing. What is he doing? Poe is his best friend, yet  Finn can’t deny it any longer, that he desperately wants more. Poe’s eyes go wide, and his mouth forms a little ‘oh’, but he recovers quickly, wrapping his free arm around Finn in return.

“Really?” he asks, eyes darting down to Finn’s lips. “Does this mean my Christmas wish is about to come true?”

“That depends,” Finn replies, pulling him closer. “Did you want pizza and beer for Christmas?”

Poe gives him a lop-sided grin. Poe’s lips are so close Finn can feel warm breath against his cheek as the other man leans in to whisper in Finn’s ear. “Not exactly.”

Finn wants it, so badly. They’ve been dancing around this for too long and he wants those lips, the hair, that skin—he wants it all. And maybe Poe does do, if his response is anything to go by. Still, Finn has to be certain, because it changes everything between them. “You sure about this?”

“I’ve been sure about this for months,” Poe replies. “So if you’re not going to make this the best Christmas ever, then we should probably open a beer and watch that movie.” He pauses. “On opposite sides of the couch.”

Finn searches his eyes, sees the truth of Poe’s desire, the longing that matches his own. Yes, he wants it too, as much as Finn. It’s a heady realization, and he grins as he presses his lips to Poe’s, a simple kiss for their first. He is about to pull back and say something when Poe’s hand comes up behind Finn’s head, holding him in place as Poe deepens the kiss. He closes his eyes as Poe’s tongue slips in, as his teeth graze Finn’s lips, as one of them makes little sounds of pure contentment.

Finn feels it through his entire body, the joy of discovery and desire. He pulls Poe as close to him as he possibly can, relishing in the touch he’s wanted for so long. It is perfect in every way, from the feel of Poe’s body beneath Finn’s roaming hands, to the brush of Poe’s stubble against Finn’s cheek. It is more than he ever imagined it would be, and soon they are both breathless, smiling and touching, nipping and exploring.

“I’m not sitting on the other side of the couch,” Finn tells him, and Poe bursts out laughing. He pulls Finn into another passionate kiss.

“What if we skip the couch and try out the bed?” he murmurs in Finn’s ear. Finn nods, kisses him hard, and they stumble down the hallway together, laughing and tugging at clothing. Pizza and beer can wait, he decides, because his own Christmas wish is about to come true as well.

(tw: gun violence, police brutality, animal death, incarceration, racism. In this essay, I use the word “queer” in a reclaimed sense, as a queer person myself. Of course, spoiler warning for all five episodes of Life is Strange 1 and 2). 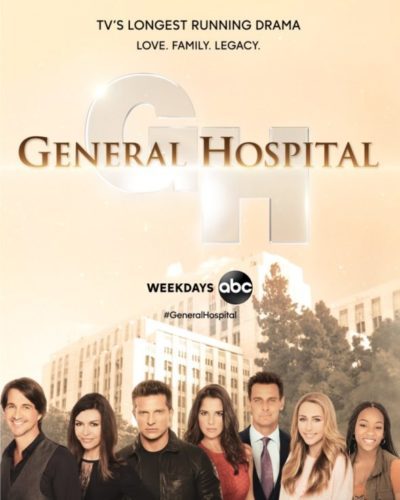 I miss The Force Awakens era :/ 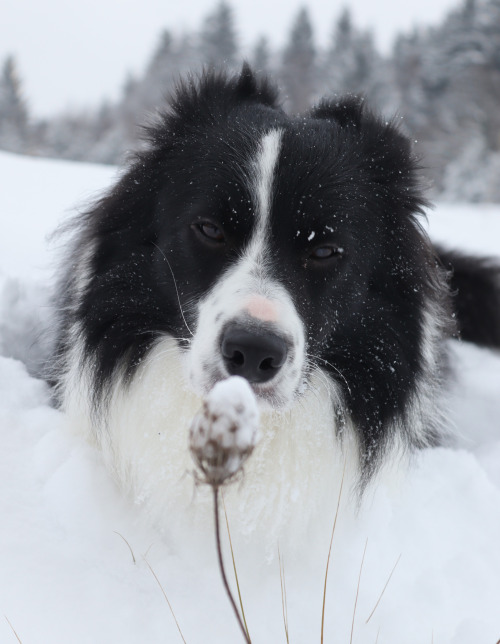 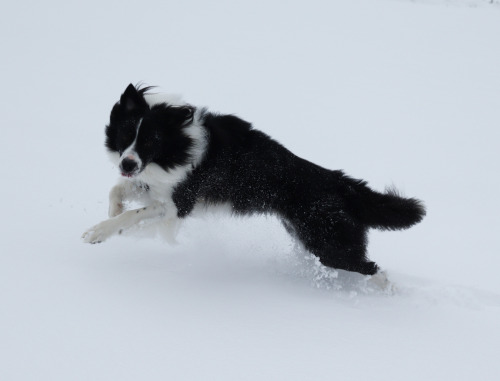 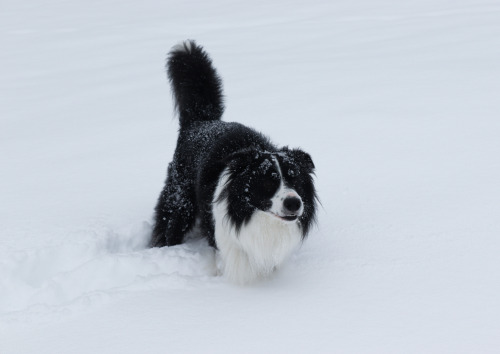 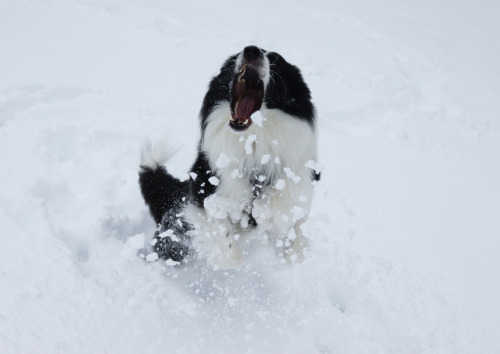 Finn and Jazz play like this every morning and evening. They take turns putting their paw under the door while the other either stares at it or pounces on it.

hey I’ve got a word doc of Adventure Time AUs anybody want to see?

-Every time Poe removes his beard, Finn always tries to convince him to leave it until one day he won (?)

I just want to say, if you say you’re a Star Wars fan, you’re a Star Wars fan. It doesn’t matter how many video games you’ve played, or how much lore you know, or even if you haven’t watched the clone wars series. no matter which trilogy you like the best. even if u like 🤢jar jar. I see a lot of posts saying “like this post if you were an Ahsoka fan before the mandalorian”. Don’t be that person. You should be excited that Ahsoka is in the mandalorian and more people are seeing how much of a BADDIE she is. Don’t be a dick and gatekeep Star Wars. Star Wars is for everybody, no matter how many movies, games, or series they’ve seen/played. Ok? Ok

Summary: Six months after Exegol, Finn and Poe struggle to lead the Resistance in a galaxy that won’t listen to their concerns. There is a new threat building beyond the borders, and it will change everything for them, including the future they hoped for.

I posted Chapter 2 early - it’s an even numbered day, I couldn’t resist! 😊

How Finn and Poe finally get togther;

I 100% think that they both know they have feelings for eachother but kept putting everything that was happening before it but Finn would be the one to say you know what no…We’re literally living day to day and I’m not going another one without being with you.

Not to be dramatic, but I would die for Fern