I hope Fiona realizes she owns my entire ass

This was a lovely commission I got from @trip-wild-art which I never shared! I commissioned this before we were dating, a small fun fact~

I was very excited about getting a piece of art with Fiona in it! She looks fantastic! 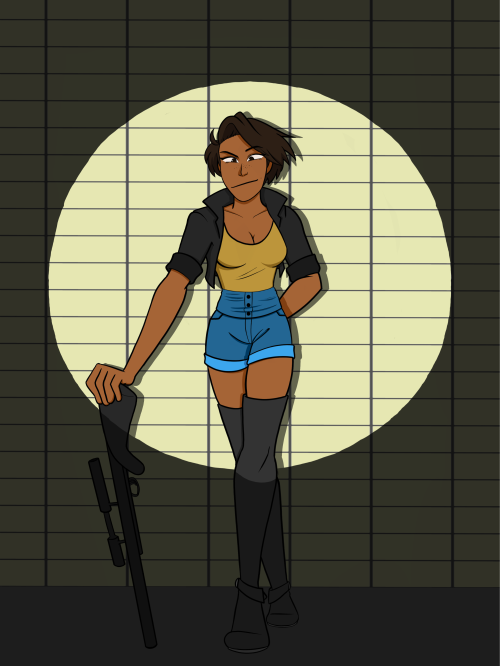 Queens need to be heard.

I had a dream Fiona had a shirt that said ‘Eat Pussy Do Crimes’. The sleeves were rolled up to make a tank top sorta and I think my subconscious his hella gay.

#fiona nova#achievement hunter#but who the fuck sees fiona and just goes nah#people that have no light or hope in their hearts thats who
90 notes
micooll
Text
#from her twitter today!#fiona#fiona nova#i lov her 🥺✨
29 notes
ahchew-crew
Text

I don’t want to see you this side of the Mississippi one more time!

The Most Dangerous TTT Player - Gmod:TTT

Still working on it, but now I have both sides of Fiona’s dragon’s face done! I haven’t detailed the back of the skull yet because I need to do a different type of scales for that, and to do THAT I need more clay to do the neck/throat. It’s a whole process and a half. And I found another way of making scales. While I was doing this one. Neat. Can’t wait to finish it and send it in for AHWU

Hey can we talk abt how fucking GOOD Fiona looked in this week’s Off Topic? Like holy FUCK miss Nova i’m 😍😍😍

*fills a glass of wine, cuddles up with my blanket and cat, and grabs ipad*

Mikey today on the livestream 🙃

I just want to take a sec to really appreciate AH’s revised stance on “getting political” during podcasts. I’ve been a fan long enough to remember the days when “Don’t Feed The Trolls” was both a common internet mantra and the actual company policy of Rooster Teeth.

I’m really glad that that’s no longer the case.

The gamer-to-fascist pipeline is working overtime to recruit the next generation of white supremacists and, statistically, some of them are already in the RT community. I think it’s really important for the members of the company to make it clear that the RT community is not a safe space for that kind of mindset and that they, personally, will not tolerate it.

I’m therefore really glad and hugely appreciative that all of AH are actually speaking up and talking about what is going on in America. Voicing support for BLM, for BIPOC, for queer causes and racial justice is the least that they owe to their community, many of whom are deeply personally affected by this shit EVERY DAY. That Fiona is able to share her personal experiences in a way that (for example) Mica wasn’t given the support to do, is good progress. It gives me hope that the promises they made in summer 2020 about changing the toxic atmosphere at RT may actually bear fruit.

I also think that talking about the political and social climate in this country is important because they have a lot of young fans, at least some of whom are going to take cues from them. Promoting civic engagement (voting, census, masking, etc) is really important, and I feel like it works because it’s something they choose to do, rather than a PSA that someone forced them to make. More importantly, though, knowing that someone you’re a fan of would explicitly repudiate your racism/antisemitism/terrorism/etc makes it harder to tell yourself that you’re in the right and in the majority.

That Michael–who is hugely popular with the type of young white guys who are most likely to be courted by the Proud Boys and neo-nazis–explicitly and frequently voices his support of his coworkers, especially the ones like Fiona who are most likely to catch hate, is important. And I think he’s aware of both his privilege and his platform, and I appreciate that he uses them the way he does.

(I appreciate that Jack has been the Belligerent Politics Guy for years, but I also think that makes it easier for people to write him off, unfortunately. “Jack’s just like that,” etc.)

The latest Off Topic made me want to say something, because I know that a lot of people still don’t like when they “get political” (especially people who disagree with their beliefs, or come from families that do) and want to use AH/RT as escapism. While a need for escapist entertainment is 100% valid, I also think that, on a podcast that’s ALWAYS been explicitly about what’s going on in the AH members’ lives, to ignore major national and world events would be disingenuous at best.

I just really love the podcast and I’m glad they’re actually talking about things that matter in between stories about gaslighting Jackie and which Disney fairy Jeremy would be.

The Birth of Crybaby Crew

The ah crew as bnha characters!!!