My past self versus my future self be like:

The scene with Five and Reginald in the bar makes me so sad for two reasons:

1) Five’s reaction to him. He’s still scared and feels small when he talks to him, even as a grown man. He genuinely apologizes for “giving him a hard time as a kid” which never fails to break my heart because he had nothing to apologize for.

2) Reginald was so??? Good to him?? As long as Five is just a stranger he treats him with full respect and kindness. That makes me so mad. Reginald had the ability to raise his children well and chose not to.

we need more five and allison content. i’m particularly fond of the idea of allison taking care of five and doing things for him and five begrudgingly accepting her help while loudly proclaiming that he doesn’t need it.

#headcanon that five wouldn't last a single day with allison in the 60's because once he sees someone acting racist towards his sister#he's already armed and ready to commit mass murder#allison manages to restrain him but someone ends up dead anyway#cue a b-plot of them trying to get rid of the body without attracting attention#the umbrella academy#anyway s3 better give me more five/allison content because it's what we all deserve#i feel like she doesn't mother him necessarily because she knows he's more than capable of taking care of himself#at least when it comes to fighting#but the more domestic things?? eating proper meals? a regular sleep schedule?? he's a lot cause#five hargreeves#allison hargreeves#tua
34 notes
thelosthargreeves
Text

Five was not the type of boy who showed his feelings openly, it was not so much his fault, the boy had been through a lot and you knew that sometimes he could not deal with it even if he did not admit it.

You knew it had taken him a long time to admit his feelings for you and much longer to ask you to go out with him, but Five valued, appreciated and loved you more every time you helped him solve the problems that arose, you were always there for him and Five wanted to do something for you that morning, he wanted to show you that I loved you and that I could be a meticulous person just for you.

So Five got up very early that day and got ready to go to the kitchen and try to make some good pancakes for you. Five had been wrong when he said that there was nothing he couldn’t do because he had already had six burnt pancakes and stress was beginning to take hold of him.

“What are you doing Five?” - Klaus’ singing voice was present in the kitchen, the curly one looked at the disaster and approached his brother

“I try to prepare breakfast for y / n,” the boy murmured and Klaus opened his mouth in surprise with a mischievous smile

- aww, little Five is growing up - Klaus started teasing him and only received a murderous look from Five

Five placed the flower in the small glass and took one last look at breakfast, Klaus was not only addicted, the boy held the tray and without wasting time he teleported to your room.

- y / n wake up, your favorite boy is here - he muttered self-centered as he walked towards you, you frowned before looking at him.

“What are you doing, Five?” - You carved your eyes while Cinco placed the tray on your table, he took the rose and handed it to you

- “I only did the breakfast to my girlfriend .”- He kissed your lips lightly and caressed your cheek.

- wow - you murmured incredulously accepting the rose - thank you, Five - you answered confused and then the boy kissed the back of your hand

summary: when your thoughts come crowding in, five’s there to bring calm to the storm.

request (by @lilistar-quin): can i have five comforting reader because she has body dysmorphia and extreme self esteem issues because of her weight?? it can be left ambiguous as to what her weight is bc ik people struggle with body dysmorphia no matter what weight they’re at, but i’d prefer an overweight reader :) if not then that’s fine!!

a/n: apparently editing is not a thing i do anymore—so have this tiny lil blurb!!!! this one was definitely different to write as someone who’s experienced problems with my perception of my weight. please just remember: you were made the way you are for a reason. there is beauty in every curve and dip and line🥰✨

It’s early evening, and the hateful thoughts are back again, scraping up against each other like burning sand. 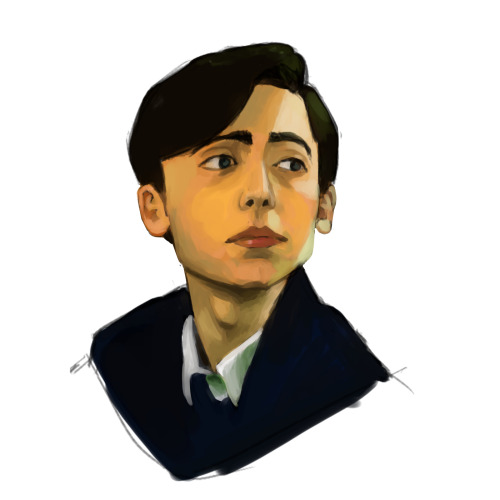 When I tell y’all this exchange makes me choke on my own laugh every time.

Imagine explaining it to someone who’s only seen this scene out of context and nothing else.

Friendly reminder that the Swedes weren’t even as bad as Five.

They weren’t villains. They were doing their job, same way Five was. And Five was worse than them all combined.

They just appear like the bad guys because they go against our main characters, but everyone is the main character in their own story.

Five tearing up and trying not to cry while telling his siblings he saw them die in season 2 will never not shatter my heart in a million pieces, fuck you Aidan with your amazing acting

I’ve been rewatching season 2 and paying attention to the Reginald scenes and I’m so upset because I realized that Five acts so much like him. The mannerisms. The behaviour. They’re so alike.

And seeing how Five feels about Reginald makes me feel so bad to say this because I’m sure Five has no idea.

I’m so sorry about how long it’s taken to get around to doing this, but I hope you like it! Also, apologies if there are any spelling mistakes, it’s late and I think my brain was starting to switch off lol

Thinking about it, Allison wasn’t quite sure when their little mission to find Five a hobby started.

You see, four months after landing back in 2019 they’d fallen into a rather comfortable routine; Luther was busy organising the belongings dad had left behind, Diego had somehow managed to wrangle his way into giving boxing sessions back at Al’s place, Klaus was now working in a coffee shop a couple of blocks away, and Vanya had returned to the orchestra with newfound confidence. And as for herself, she’d decided to move away from being in the spotlight for a change; having taken up a part-time job at the local theatre.

Five was well…Five, if she was being honest.

diego *holding five under his armpits and swinging him around**singing*: stinky bastard man

vanya *in anguish*: noooooooo, put him down, my beautiful boy

Allison: Guys, Klaus has taken up interpretive dance again. I knew this would happen.

Ben: If he asks me to do that Dirty Dancing lift one. more. time…

Luther: Cheese, duh. Used to be really whiny as a kid when people wanted something besides cheese, but he just sucks it up now, because frankly any pizza is good pizza.

Allison: some kind of artisanal pizza with arugula and prosciutto, but she’s not being a hipster she 100% genuinely enjoys it.

Klaus: Hawaiian. At first he would ask Grace for Hawaiian pizza just to piss off his siblings coz it’s funny, but he eventually realized he really likes it.

Five: any pizza. Literally any pizza. He was in the apocalypse for 45 years. Anchovies, pineapple, and bbq sauce? Ok!

Ben: Pepperoni, but he’s willing to try most pizzas.

Vanya: She likes a vegetable pizza with mushrooms, peppers, onions, and olives. Everyone thought that was super gross and weird when they were kids, so she’d usually eat it alone, but Allison and Five are usually down to split a pizza now.