he went out in the rain and came back fluffy

Chapter Summary: You did make a deal.

A/N: You guys and all the feedback you’re giving to this story are just my everything. Thank you for your patience, if you follow my stories for a while you all know I’m a slow writer and not even social distancing seems to be changing that. The link to my masterlist, where you can find the other chapters, is on my description. Feedback is highly appreciated. I was going to close the tag list for this series at 70, but you’ve been really amazing, so I’m extending it to 80 spots for now. All I ask of you is, if you’re tagged and liked what you read, please leave me a nice little comment.  Thank you, @lesqui​ 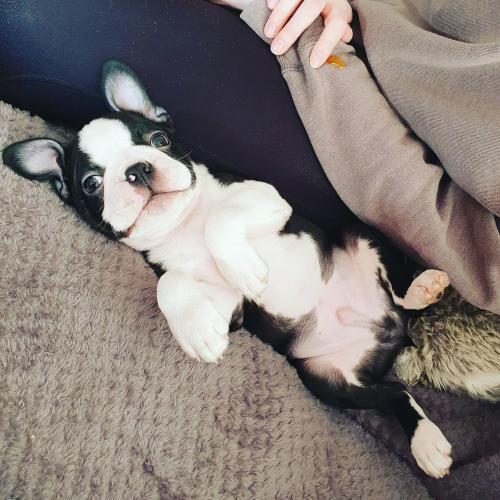 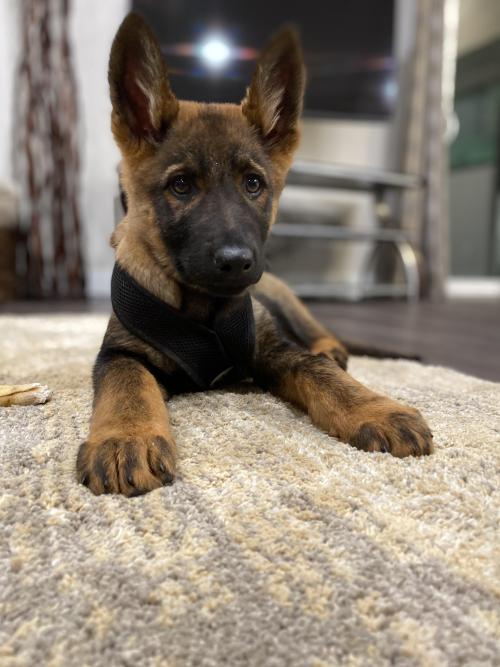 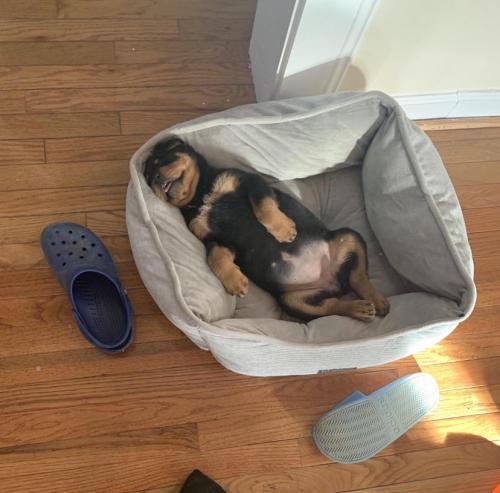 You separate yourself from them slowly, opening your eyes to stare into the shocked face of Denki Kaminari, a red hot blush staining his cheeks.

His eyes watered as the normally jovial electric quirked boy struggled to respond.

“I- You…”  Electricity thrummed around him, you heard the angry boy with the explosion quirk yell from behind you.

“Kaminari, get your shit together!”  Your eyes widened as Kaminari gripped your shoulders and shoved you back. You landed hard a distance outside of the group before Kaminari lighted the area with a high voltage explosion.

Luckily he had shoved you far enough away that, outside of static raising your hair on end, you were uninjured.

Most of your classmates lay in a twitchy haze around your partner, smoke drifting off of their prone bodies like pizza rolls that had been microwaved too long.

You pushed yourself up, rushing into the fallen group along with the pro heroes to check on everyone.

“Kaminari!” You shook his shoulders, “Wake up! I’m sorry for surprising you, I didn’t mean to, it just happened-”

He blinked up at you, his eyes vacant, “Aiiiiiii!” he blurted, wobbling to a stand to shoot finger guns in your direction.

“How the hell did he short-circuit? What was he thinking setting his quark off now?”

You blushed hard, this was absolutely your fault.

“Eh, leave the kid alone, it wasn’t really his fault, was it y/n?”  A warm hand smacked your shoulder, you stared up into the eyes of Mr.Yamada, his cheeks puffed out with barely contained laughter.  “I knew you two would be a good match, but maybe warn a boy before you try to swallow his face.”

Kaminari’ draped his arms around you from behind, his clothes crackling with static as they circle your waist in a firm hug. You sighed contently, relaxing until Kaminari started whispering nonsense softly in your ear as the entire class laughed at his electricity addled antics.

You wished the earth would open and swallow you whole, but you had always admired the electric quirk user so the situation could be worse.

You knew you had an hour to think up what you would say to Kaminari before he came back to his senses.

You broke into a smile, laughing alongside your classmates for the first time since being admitted to UA.  Things could certainly be worse, you thought, resting your hands over the warm arms embracing you.

synopsis – Jungkook brings you to every event his family hosts, having you there just makes him all the more comfortable, but everyone there just thinks you’re his roommate rather than his boyfriend.

“Well,” Jungkook exhaled lightly, putting his jacket on the rack before turning to you. He had his eyes on the floor with his hands on his hips before he actually looked at you, “That was some night.”

You smiled at your boyfreind, and it was a rather fabricated one, you weren’t gonna lie. It wasn’t a night that you wanted; Jungkook isn’t really close with his family, but that doesn’t mean he won’t go over when there’s a birthdays or special events.

It was a cousin’s anniversary party this time. Jungkook didn’t exactly want to go alone, he’s like that puzzle piece that looks like he fits in, but that’s only because nobody’s bothered to solve the puzzle to know that he really doesn’t.

Lots of people can drink wine and blend in, but Jungkook prefered your company in the process, and being a good boyfriend, of course you’d go.

You’re his boyfriend. The love of his life. His one and only. He loves you to death and vice versa, but not being able to tell the people who literally birthed him that you’re someone who’s extremely special to him… Yeah, it can be a headache sometimes.

Or maybe you’re just giving the benifit of the doubt.

“Jagi..” Jungkook sighed, wrapping his arms around your waist from behind you. “I’m sorry.”

You placed both hands on the edge of the bathroom’s sink, small droplets of water falling from your chin as you looked at Jungkook through the mirror, his cheek on your shoulder as stands of his hair ticked your neck. You smiled at him softly, “Sorry for what?”

“I guess for dragging you into stuff like this, saying you’re my roommate…” Jungkook spoke in a low voice, like a comfortable just-above-a-whisper. The only sound was the busy city outside your apartment. You could hear your boyfriend breathe.

You turned around, putting your hands on Jungkook’s shoulders, his hands now on your waist as you leaned your back against the sink, “It’s okay, Kookie. You didn’t do anything wrong.”

“I was gonna say bitch, but sure,” Jungkook chuckled sadly, “I’m sorry for what he said.”

You shrugged, rolling your eyes sarcastically, “It’s nothing I can’t handle, and it’s good to have some kind of relationship with your family. I’ll be there if it makes it easier.”

Jungkook leaned forward to pull you into an embrace. Placing his chin on your shoulder as you did the same to him, this time wrapping your arms around his neck and taking in his natural musk as your sense of comfort at the moment. “I just… I just don’t like how we have to pretend, you know?” You sighed, “I’m not asking you to come out or anything, because you know how that will affect anything, but it’s just tiring…”

Jungkook silently nodded, humming as a way for you to know that he’s listening.

He agrees too. It’s not nice to feel like you’re forced to be something you’re not.

Jungkook presses a loving kiss on an exposed stop on your neck, letting it sit there for a second before pulling away, this time pulling apart to look at you, his hands still on your waist, “I’ll take you out for lunch tomorrow, as an apology.”

“I want to.” Jungkook places a kiss on your forehead this time, one that makes you giggle softly. He moves his hands to take a hold of yours, bring them in from of the two of you as his gaze is locked onto you with such admiration, “I love you.”

Yeah I got a quarantine pet 😂🤷‍♀️ been a year since my boy passed, bout time I guess. Say what up to Boa, my new buddy. 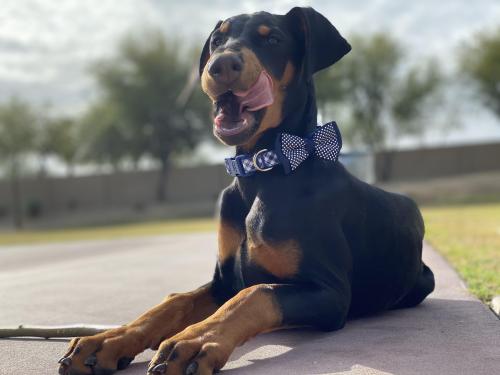 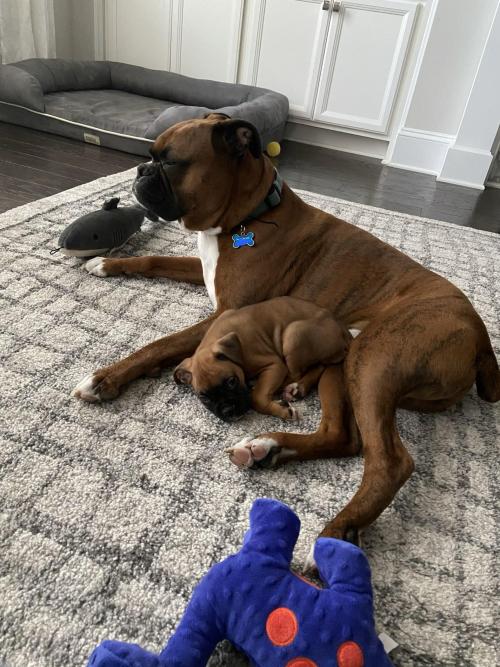 Well… They say cats take after their owners. Mina has started helping me level up my cooking on Runescape by cooking fish 🤣🤣

Our new floofs!!!!! We adopted them today from a bunny rescue. We are still on our way home but I will add pics when they are set up in their new habitat!!!

[ID: two baby bunnies snuggled together in an animal carrier. They are dark gray and small enough to fit in a person’s hand. ]