Ugh he is so yummy😩 brb, drooling

More photos from Independence Mine in Palmer, AK. We are so lucky to have this spot such a short drive away.

Yet it hurts just as bad. ”

I feel like I’m destined to observe and never experience..

Well it’s my last week of waiting around. I can’t wait for my love to come back. I have to stick with my statements. If she’s not going to be a part of my success then so be it. So much good has come into my life despite losing the love of my life. I feel so good about all my progress. I have a better understanding on how I should be in a relationship romantically or in a simple friendship. The next lady honestly is going to be the last one. My feelings run deep but, my time is running out in life. I don’t want to be alone. I need to experience the ups and downs of this wonderful life time we are given. To build, to grow, and to succeed is what I need.

My silence will ruin a lot for me… but I’m ok.

I don’t need sympathy… which is why I keep my mouth shut.

I could die today and no one would actually know. 🤷🏾‍♂️

People has too much pride for me nowadays..

Like many cosplayers, I put a lot of work into my costumes and my Tank Girl hat is a good example. It’s pretty much impossible to make an exact replica of the hat Lori Petty wears in the movie, because you only see it from a distance and it has a load of random stuff on it that you’d simply never find, so all you can do is capture the basic look. I started with a cheap pilot cap from a fancy dress shop and added better straps and a few other bits to make it seem more authentic. Then I copied as much of the customisation from the movie hat as I could. The rest I improvised using ideas from the comics and my own interpretation of the character. Most of what I used I had around my apartment and the rest I picked up at places like Poundland. I thought about making my own goggles, but saw a cheap pair on eBay that were such a good match that it seemed silly not to go with them. And there you have it… not the most practical piece of headgear, I admit, but classic Tank Girl. 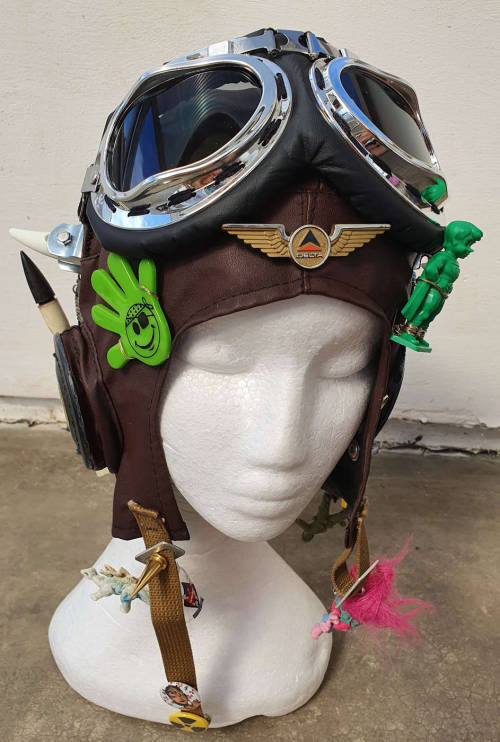 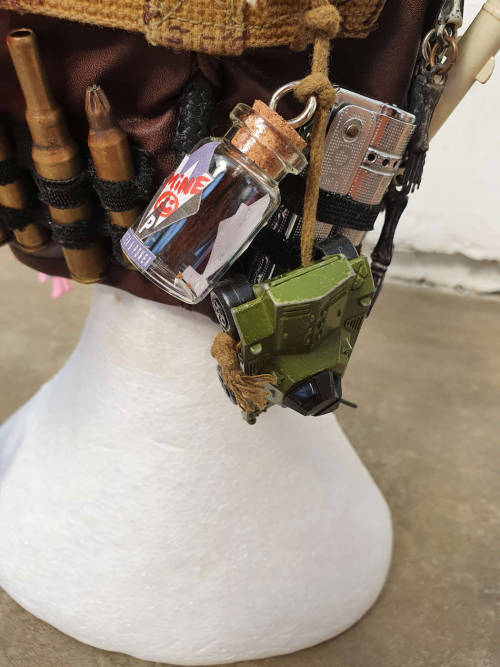 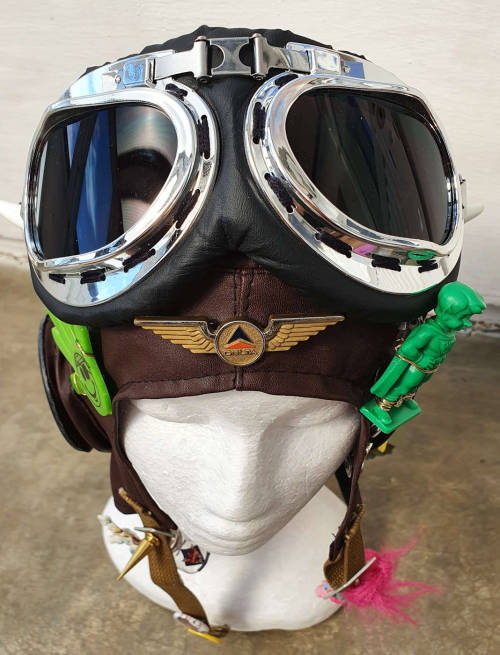 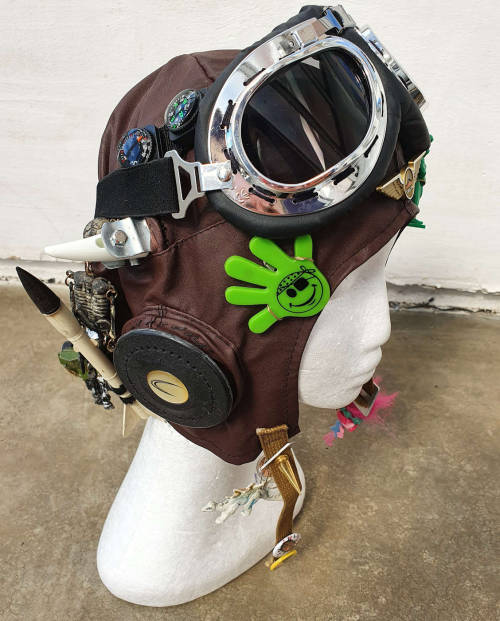 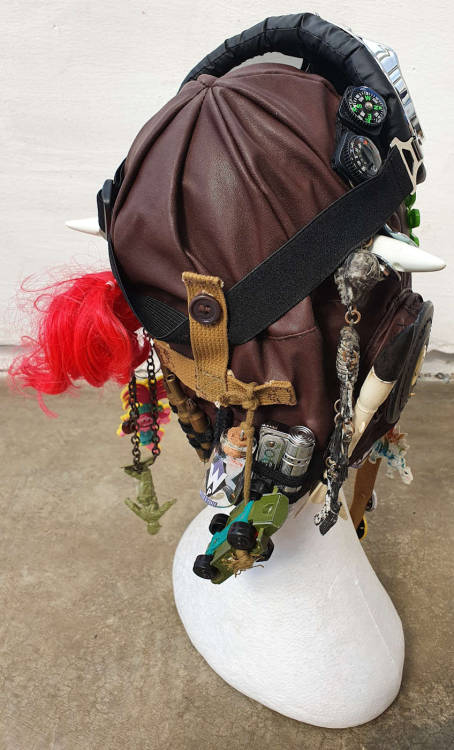 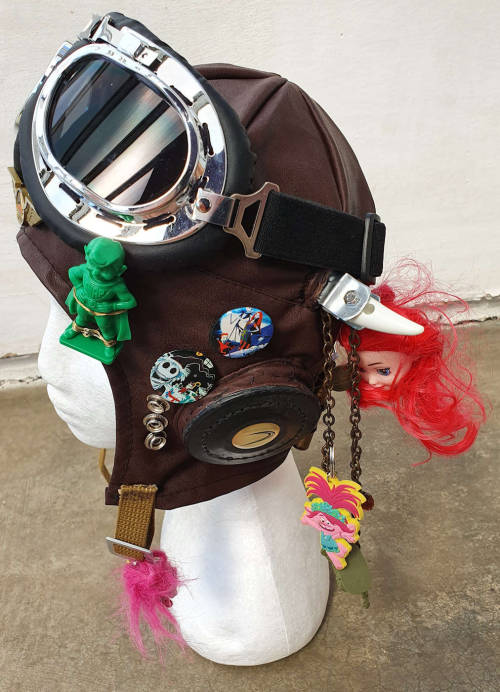