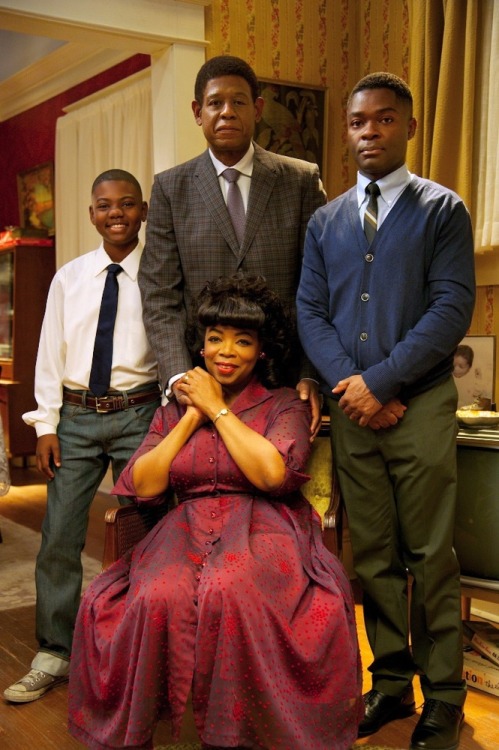 Hey ManNics!  Tobias here with a confession… I admit it, I had dismissed STAR WARS: THE CLONE WARS as it was ‘just a cartoon’.  I didn’t want to consider it ‘canon’, and at face value didn’t like the look of the animation style.

But Disney Plus had it all there so I though “go on then.”

Two weeks ago I hadn’t seen an episode, but now I’ve watched all seven seasons and I’m so glad I have.  It’s brilliant.  Not all of it, there area few dud storylines in there, but on the whole I have got to say - if you were like me, choosing to dismiss it, choosing to stick to the live action movies and series, then you are missing out.

I’m not going to get into a big detailed review, but I’ll say this:

I wish it had come out between ATTACK OF THE CLONES and REVENGE OF THE SITH.  It would have made Order 66 all the more powerful and painful.  This series goes to some dark places, as it gives you more time with the Jedi’s you know are destined to die, and the clones that will turn on their generals.  I never expected to actually like and, dare I say, become attached to the clones, lead by Captain Rex.  I could easily dismiss the episodes focussing on Padme, Jar Jar or C-3PO, but easily rate the episodes focussing just the Clones at the heart.

Of course, the centre and heart of the series is Ahsoka Tano, Anakin’s Padawan. Apparently, so I’ve read, viewers didn’t take to her immediately, but I found her story arc brilliant, especially the last episodes of Season 5 and 7. I won’t tell you what goes down but she’s obviously not in REVENGE OF THE SITH, so what happens to her?  She’s an element that makes Anakin’s turn to the Dark Side all the more tragic (and btw, animated Anakin is way, way more likable than ‘moody brat’ Anakin in the movies).

Another element to love is the return of the presumed-dead Darth Maul. His arc weaves into Ahsoka’s which results in a final four-part story in season seven that easily rivals the movies and should stand as a ‘must see’ part of the Skywalker saga and franchise as a whole.

It looks the like the live action elements will be taking from this source too, so you should check it out just from that POV - examples being, Forest Whittaker’s character Saw Gerrera in ROGUE ONE started in THE CLONE WARS, and THE MANDALORIAN’s second season will include Katee Sackhoff as Bo-Katan and (possibly) Rosario Dawson as Ahsoka!

If you have Disney+ and haven’t seen it, you have no excuse.  At 23 minutes per episodes, it’s a perfect lockdown binge-watch.

Of course, you could also give The ManNic Podcast a listen too whilst you’re at it.  You can find it on Spotify, iTunes and Soundcloud.

The Experiment is frustrating. It isn’t good but makes you think it is by manipulating your emotions and pressing your buttons. You may disagree so hear me out before you pass judgment.

This loose remake of Das Experiment. Is about a group of ordinary men selected for a psychological experiment inside a “prison”. They will be handsomely paid to follow their assigned roles - either prisoner or guard - and the rules associated with these roles. Once inside, the situation quickly escalates to nightmarish conditions.

Historically, studies like the Milgram experiment and the Stanford Prison experiment confirm what transpires here as mostly realistic. My criticisms come from the dumbed-down story filled with cartoonish characters and ridiculous developments. The “normal men” selected for the experiment are stereotypes who make the movie extremely predictable. Travis, a.k.a. Prisoner 77 (Adrien Brody) is a subscriber to non-violence, believes in solving his problems through rational thinking but has a rebellious, anti-authoritative heart. What do you think will happen to his ideals by the end? It’s obvious and so is everything else. It’s not enough for Michael (Forest Whitaker) to be mild-mannered; he lives with his overbearing mother and can’t get a date. Other broadly painted characters include Prisoner 51 (Ethan Cohn as Benjy) who can’t just be socially awkward, must also be a wannabe artist who dreams of writing a graphic novel (and refuses to acknowledge the word comic book as a substitute), has poor social skills, wears thick-rimmed glasses and clearly isn’t all there mentally. It’s impossible not to get riled up as things get out-of-control but your anger never comes from legitimate, surprising character development or any genuine insight into the human psyche.

The further into the movie we get, the more outlandish it becomes. It’s like there’s a scene missing where the audience learns the experiment’s true objective isn’t examining prisoner-guard power struggles. Such a facade would’ve explained why several men who should’ve been disqualified from the experiment were selected. Then, we get to the ending, which leaves dozens of questions up in the air with no answers to be found. What are we supposed to take away from this? That under biased conditions, things would play out exactly the way we’d expect them to?

The titular experiment of this film has less intellectual value than the ones conducted in the Saw franchise. You think I’m exaggerating. Jigsaw was a serial killer but he wanted to find out how much people wanted to survive and he did whenever some poor chump decided to lob off his own arm. The only way this movie would make any sense is if the creepy scientist guy at the beginning was actually a supervillain who wanted to record these events for spank material. Reading about the actual experiments on Wikipedia or watching Lord of the Flies (the original black-and-white one) is a far more insightful and satisfying than watching The Experiment. (On DVD, December 18, 2014) 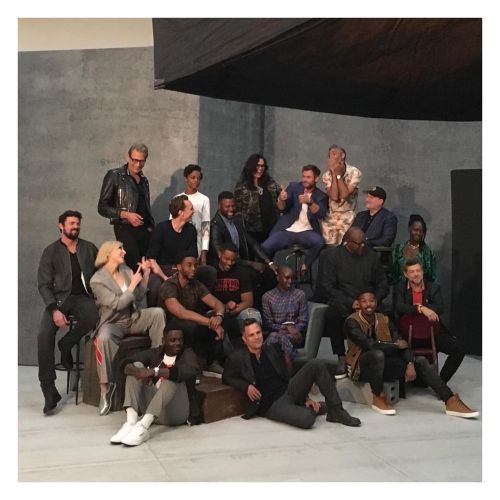 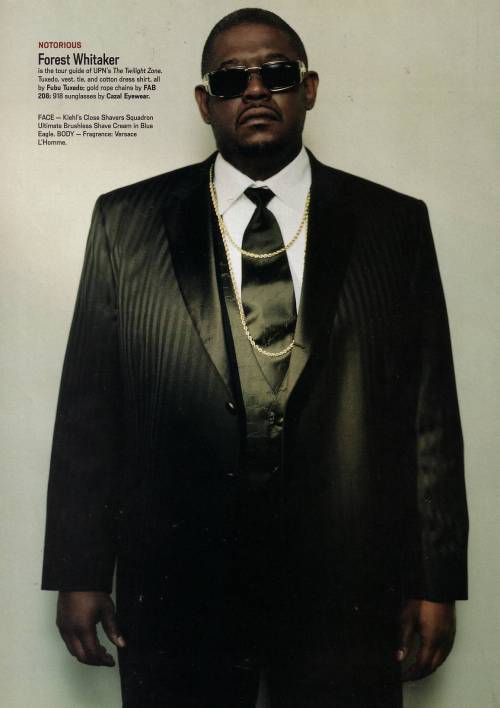 “I’m one with the Force, and the Force is with me.” 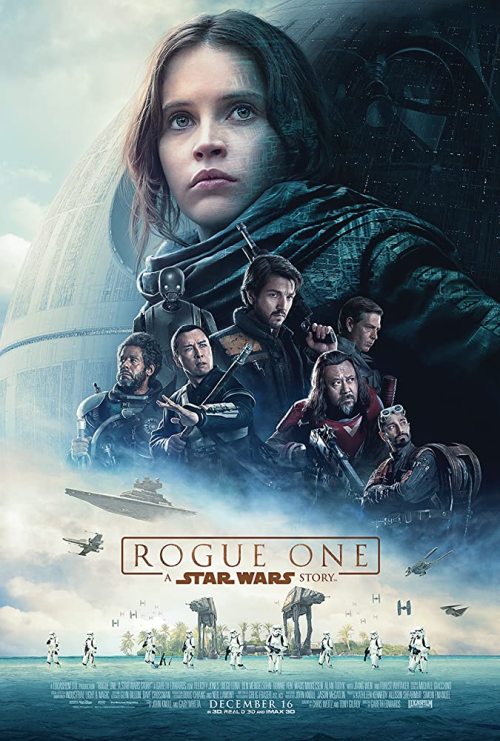 A high school wrestler in Spokane, Washington has trouble focusing on his training regimen when a beautiful young drifter takes up temporary residence at his home.

I hoped the gimmick of Vantage Point would pay off, but when it comes down to it, this movie is just a generic action thriller. The angle here is that the film is divided into several shorter stories from the viewpoint of different characters, all of which converge over time to reveal the whole truth. Sounds exciting, or at least different? I thought so too.

It begins with the President of the United States (William Hurt) preparing to give a big speech at an anti-terrorism conference in Spain. When he is shot, we begin to piece together what happened through the eyes of a multitude of characters: Agent Thomas Barnes (Dennis Quaid) - a bodyguard of the POTUS, Howard Lewis (Forest Whitaker) - an American tourist who catches a glimpse of the shooter on tape, Rex Brooks (Sigourney Weaver) - a journalist overseeing a team that is filming the speech, Enrique (Eduardo Noriega) - a Spanish policeman delivering a bag to a woman who winds up tied to the attack. Through each story, more of what really happened is revealed.

The only thing that’s special about this movie is the multiple converging storyline angle, and that’s been completely dropped by the time the movie’s over. We could’ve easily focussed solely on the President or Agent Barnes and it would have been much more coherent. It would also have allowed for more character development and made this movie last about an hour. That’s the biggest problem. There’s just nothing really to it. Is it tense at times? Sure. Was I interested in finding out what was going on? Yes. But you quickly figure out that among all of the stories, several don’t ultimately matter. Case and point is Howard Lewis’ journey. He spends more time chasing around a little girl who’s lost her mom than actually contributing to the mystery. Some of the characters are thrown in as red herrings, but this brings us to another flaw. The ludicrous assassination. It’s needlessly complicated, with all sorts of individuals having to move in opposite directions and coincidentally meeting up at the right place, at the right time. The contrivances prevent you from becoming fully invested. As you learn more, the worse it becomes.

This movie feels like a compressed television series. As you see the light at the end of the tunnel… we suddenly rewind back to the beginning and tell you how Joe Nobody over here fits in this mess. You want the gimmick to go away but without it, there’s no movie; just a lame terrorist plot that could never, ever work, dumb characters whose destinies you can easily predict and action sequences you’ve seen done before, and better.

Vantage Point is an ideal movie to watch while folding the laundry. It repeats itself often so you have time to put all of the clothing in neat little piles and by the time you’re done that, we’ve embarked on a more exciting (and ludicrous) path. (On DVD, December 8, 2014) 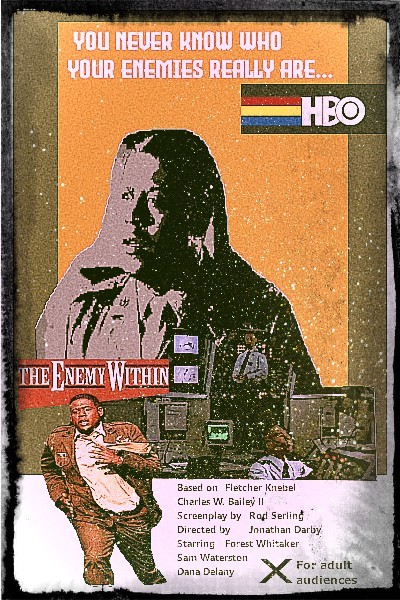 Forest Whitaker (as Cecil Gaines) and Oprah Winfrey (as Gloria Gaines) in Lee Daniels’ The Butler (2013). 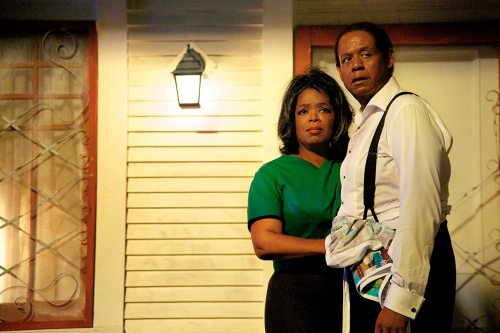 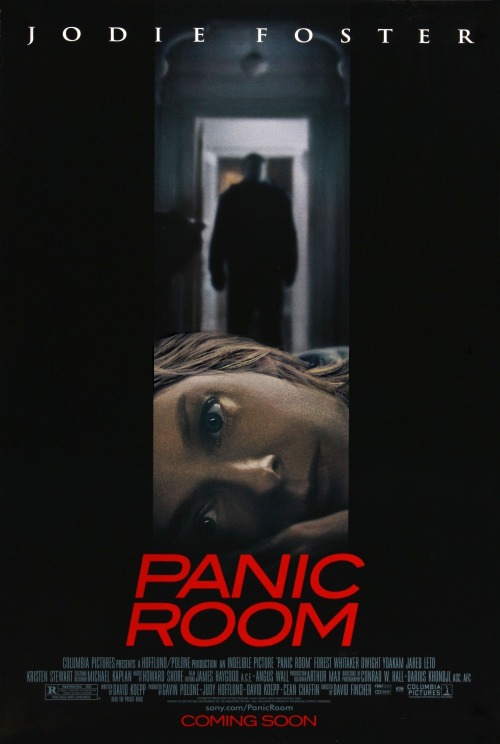 I can’t say I hate the film Bird. But I didn’t like it. I just can’t quite pinpoint what it was I didn’t like. I suppose the story just didn’t interest me all that much, I didn’t feel invested in the characters. Bird received the Oscar for Best Sound for Les Fresholtz, Rick Alexander, Vern Poore and Willie D. Burton.

#phone booth, #colin farrell, #forest whitaker, #movieedit, #filmgifs, #i think the universe is trying to tell me something, #aka this movie exists for the same reason war movies exist, #aka it's gay, #2003, #movies, #movie, #blood tw, #gore tw, #m
10 notes · See All
sirgnomethegiantText

Me, every time I watch the last 30 mins of Arrival:

“I have a sadness shield that keeps out all the sadness, and it’s big enough for all of us.”